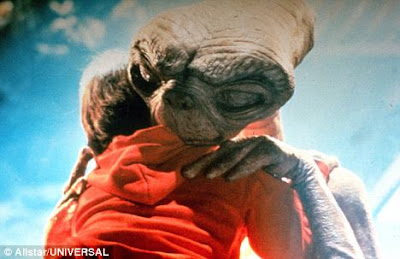 Sad to say, but the sands in my blogging hour glass are dwindling.  I've barely got the time to sit down and compose anything worthwhile, and I've become terribly back-logged in trade 'thank you' posts.  It's not fair to the good folks who take the time to send me stuff, plus the blogging in general has taken on the sour aftertaste of 'chore' and that's not what blogging should be about.

Anyhow, here's one last post to tie up some loose ends before I throw 'er into hibernation mode indefinitely.  Or, if you will, as everyone's favorite extraterrestrial did, I'll board my ship and soar back into the vastness of the cosmos.  [Ed. Note: Doubtful I'll cry as much as I did during the closing scene of E.T., though -- damn you, Spielberg!]

Who knows, I'm sure the bug will bite me again in the (near?) future, though I can't say with any certainty.  And, rather than leave the blog dormant for a long period of time without any sort of explanation, I figure I'd at least make a formal proclamation.

Now, that doesn't mean I'm cutting the cord altogether.  I'm still going to follow my normal lineup of blogs, and there are so many of you out there whose work I enjoy and admire.

And, you can be darn sure I'm not giving up the whole trading thing.  Heck no!  Too many good friends out there and too much fun to be had.

One such friend is Bert of Swing and a Pop-Up, who sent me a tremendously thoughtful package recently.  If we were grading on sheer variety, Bert would get an A++++ on this one. 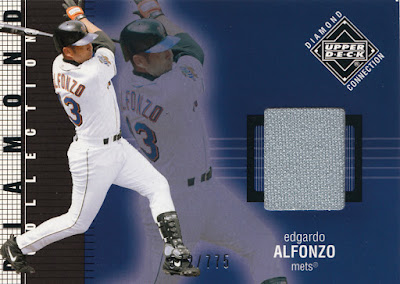 First, an Alfonzo jersey card.  No bias against 'plan gray swatch' here; it is Fonzie after all.  It's even serial numbered!

Then we've got these over-sized beauties... 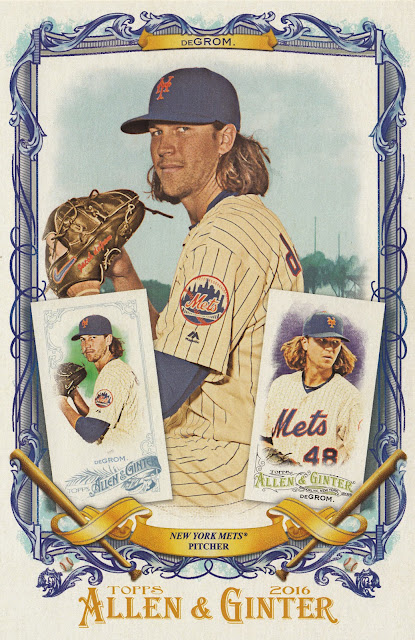 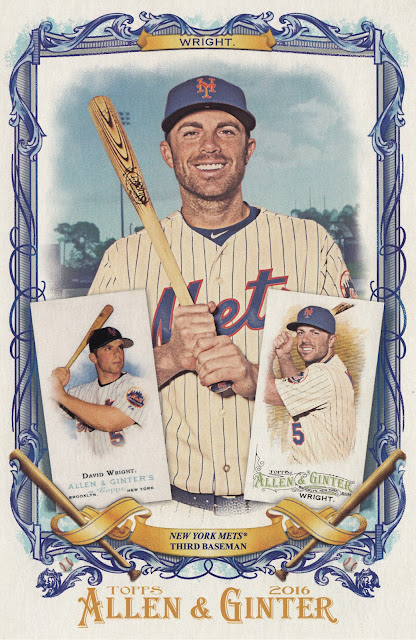 Not one, but TWO boxloaders from this year's Allen & Ginter.  Very well done by Topps here.  I'm not a huge A&G nut, but these a beautiful!  And since they make 5x7 album pages, I have no hangups about properly storing these.

But, maybe the most interesting part of the care package from Bert were these guys... 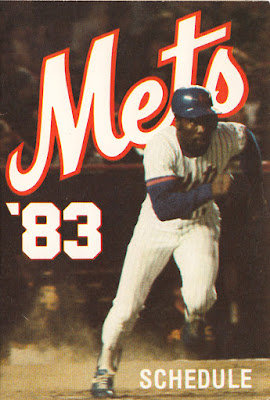 Yup, thems be pocket schedules from back in the day!  What a fantastic collectible!  A young Mookie was certainly a drawing card in the early '80s, just before the Mets were about to turn the corner as a franchise. 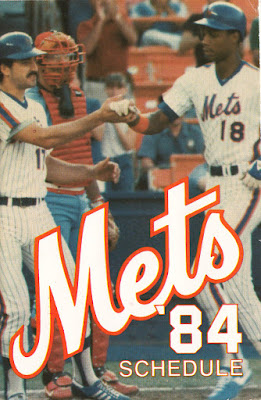 Naturally, a big part of that metamorphosis was the trade acquisition of Keith Hernandez along with the big-league promotion of budding star Darryl Strawberry.  What a time that had to be for a Mets fan.  I was three-going-on-four when the '84 season began, so my recollection is nil.

Bert, thanks a bunch for these unique items!  You're the man!

Another blogger I go back a ways with is Kerry from Cards on Cards.  I can't tell you how many great Celtics cards he's sent me in the past.  Recently, he rounded up a nice lot of Mets to send my way.

Check out some of the highlights from a fun and varied lot: 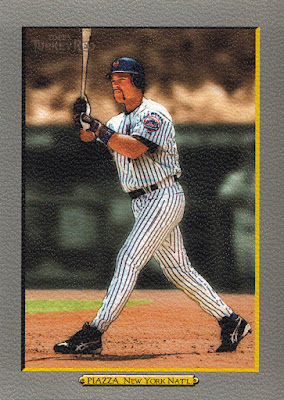 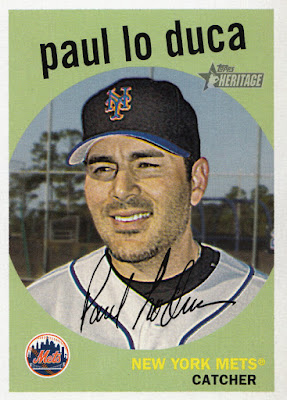 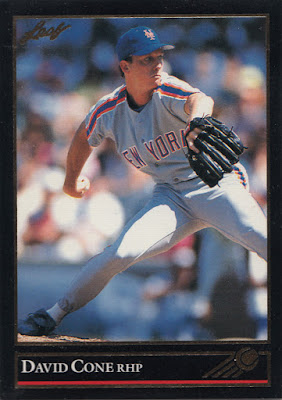 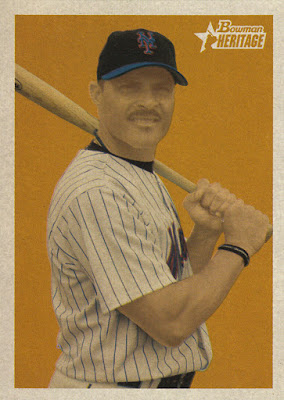 (That's Jose Valentin, in case you didn't know and/or were wondering!) 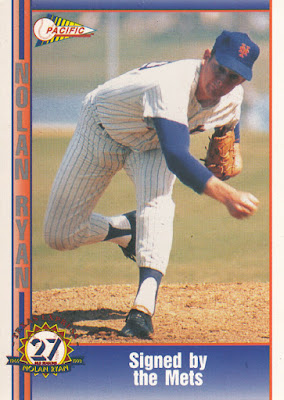 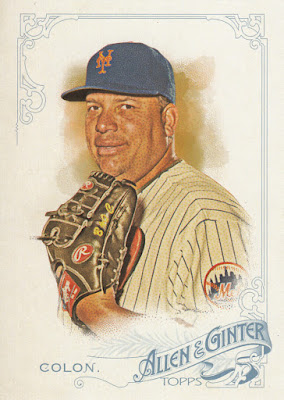 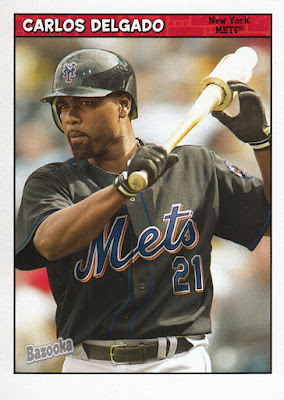 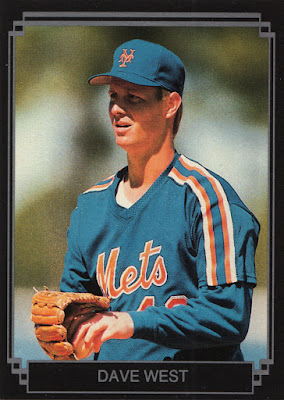 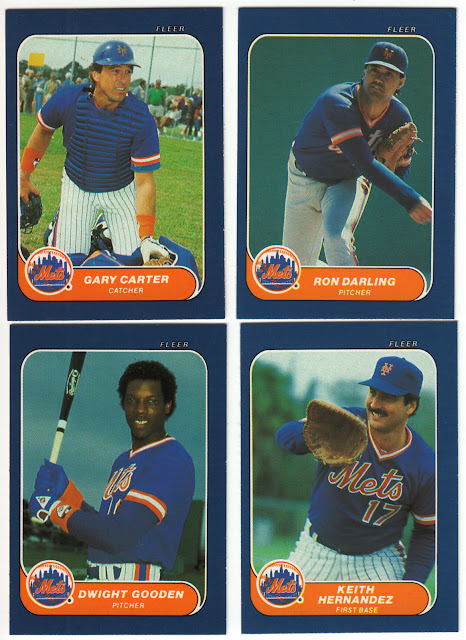 My first experience with '86 Fleer Minis.  They're even smaller than I thought, but they're pretty awesome.  Doc with the bat is tough to beat! 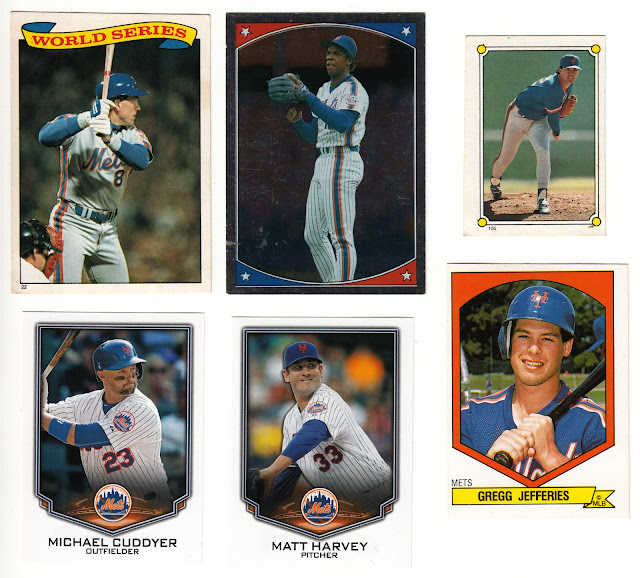 There were even stickers of all shapes, sizes and years. 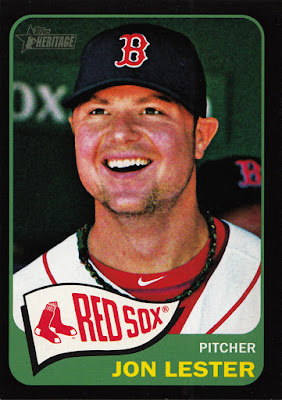 Oh yeah, and the card that prompted a trade between us to begin with.  Like me, Kerry is a sucker for the Topps Heritage black retail variations from a few years back.  So we swapped some duplicates.  But, he was nice enough to include all those Mets (and more!) in addition.

Thanks for the terrific loot, Kerry!

And, of course, my most consistent trade partner over these past couple years is my friend Shane of Shoebox Legends who provided me with a typically wondrous PWE of Mets. 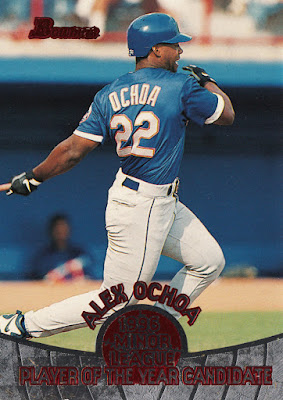 Never even knew such a card existed of Ochoa, and I pride myself on having pretty decent awareness of Mets cards from this period.  Most excellent! 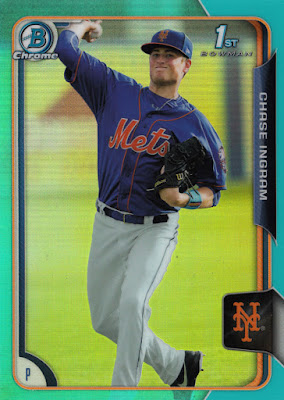 Ingram, a 6th round pick in 2015, averaged better than a K per IP for Low-A Savannah this past season.  A high ERA (4.60) but plenty of promise for the young man. 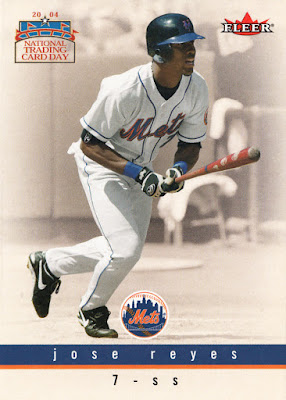 Say what you want about Jose, but the Mets would be lost without him this year.  I'm glad he's back in N.Y. where he belongs. 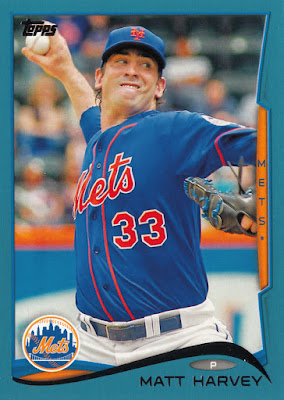 Are you old enough to remember when Matt Harvey pitched for the Mets?  I miss #HarveyDay at Citi Field. 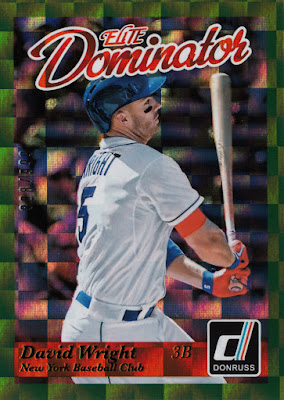 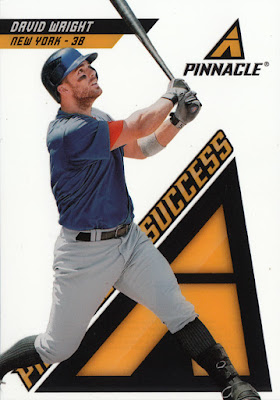 Panini taking us back to the wild 'n crazy '90s with some clear acetate action on this "Pinnacle of Success" insert.  Great looking card! Blue, wavy Kevin Plawecki from 2015 Bowman.  Just how many Bowman parallels are there?! 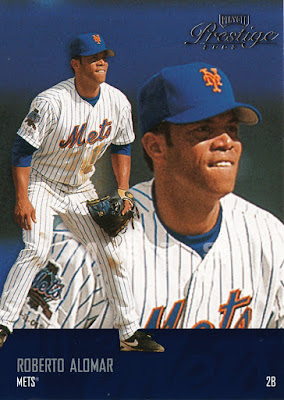 I remember how excited I was when the Mets acquired Alomar prior to the 2002 season.  He was coming off a pretty outstanding year for Cleveland in '01.  I don't have to tell you how he fared in the Big Apple. 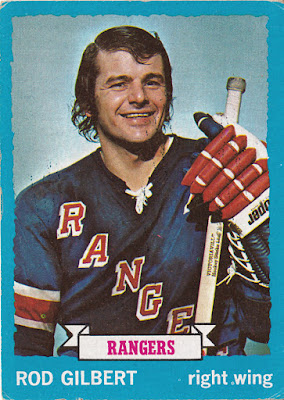 How about the centerpiece of Shane's package being a hockey card?  He does that from time to time and it's much appreciated since my hockey collection is minuscule.  Anyhow, Gilbert is a Rangers legend and this is my first card of his.  Epic!

As always, Shane, you've crafted a masterpiece of a PWE.  Many, many thanks!

All right, friends.  Thanks to those of you who've included my little corner of the internet among your regular or semi-regular stops over the past four-plus years.  I can't tell you how much it has meant to me.  I'm blessed to have interacted and created friendships with so many of you, and I look forward to keeping in touch moving forward.

Til next time...whenever that may be.