I'd Like to Buy a Vowel (aka Cards from Big Tone) 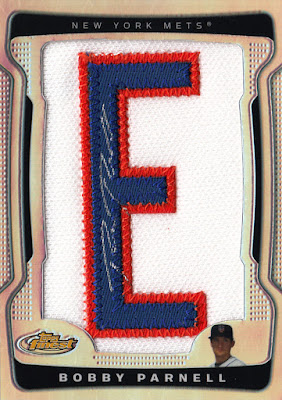 So, maybe you know Tony, aka Big Tone of the fun blog, Tony's Sports Pub?  I know of Tony because A.) He's a fellow Mets fan, B.) he's a fellow baseball card blogger and, C.) he's a toy enthusiast.  I can dig all of those things.  Thus, I'm a fan of his work.

Anyhow, I sent him a measly PWE with some Markakis and Canseco cards a while back because, well, what do I need them for?!  Plus, Tony's a cool guy and I like sending cards to cool guys.

Well, I certainly didn't demand/want/expect him to send anything back my way.  That was never my intent.  But, of course, I'm writing a blog post so you know something extraordinary happened.

For starters, how about the auto-patch in the lead-off spot?  My first of these, and I'm certainly not disappointed in how it looks and feels in hand.  I always thought these were actual relics cut from real jerseys, but I'm just not a very smart man, apparently.  That doesn't take away from the joy of this incredibly neat collectible in any way. 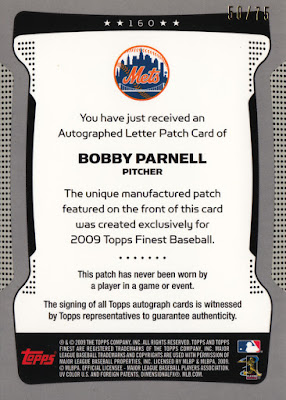 Already, this was way more than Tony should have sent me.  Yet, this was just part of the goodie bag of stuff he mailed me. 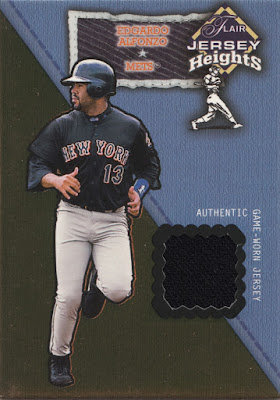 One of my all-time favorite Mets, Edgardo Alfonzo.  Back problems cut short what probably would have been a much longer and much more impressive career for the former All-Star.  But, the few sensational seasons he had were more than enough to endear him to me. 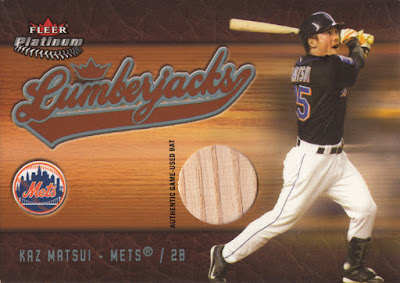 This guy, on the other hand, was kind of a bustola.  I think expectations for ol' Kaz were a bit lofty, especially since the shadow cast by fellow countryman Ichiro Suzuki was so great.  I can remember reading reports prior to Matsui's arrival, heralding him as the "Japanese Jeter."  Talk about unfair!  Anyhow, a totally cool card of a guy who at the very least is a colorful piece of the Mets tapestry. 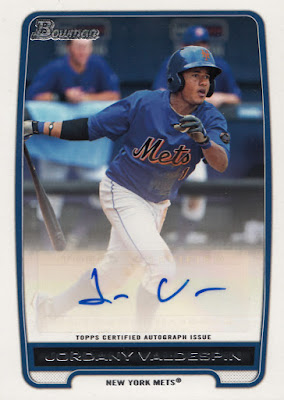 Talk about colorful.  The unique name would have been enough, but he had the ego and personality to accompany it.  I remember he had a walk-off grand slam against the Dodgers one time -- I think it may have been during the 2013 season?  I can't be sure.  Distinctive autograph, J.V.!

Whoa, that's quite a haul!  But, believe it or not, there's still more! 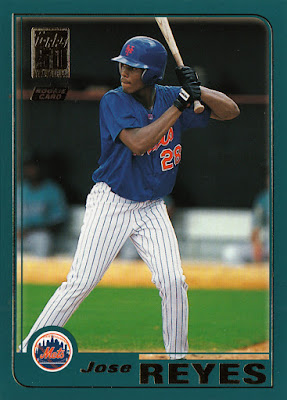 This isn't a reprint.  No sirree.  This is actually Jose's 2001 Topps Traded rookie!  If I bothered to make a 'Most Wanted' list, assuredly this would've been safely nestled into the top 10.  What a tremendous card! 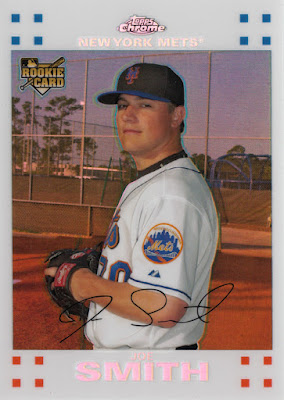 Limited to just 660 copies each, this is a white refractor of Joe Smith.  Ya know, I can't say I have any other white refractors in my collection.  Good pickup! 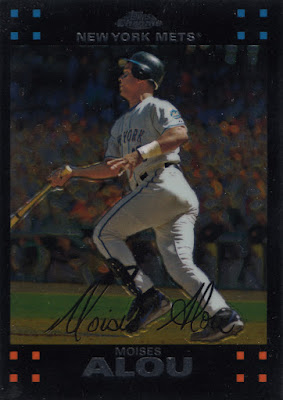 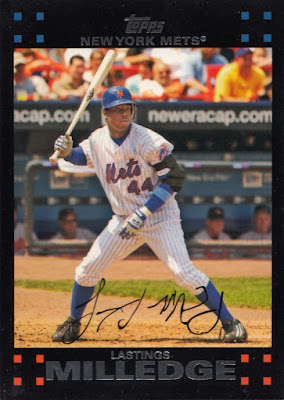 Normal base card?  Nope, it's actually from the factory issued Mets team set! 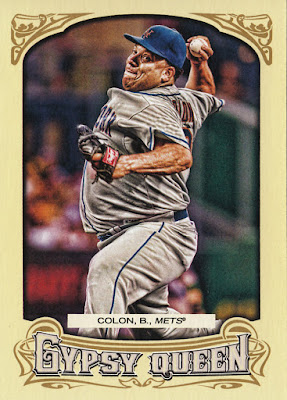 I'll finish up with Bartolo Colon from 2014 Gypsy Queen, which I think was my favorite GQ edition yet.  Something about the design just clicks with me.

Actually, one more piece to this plentiful package from Tony... 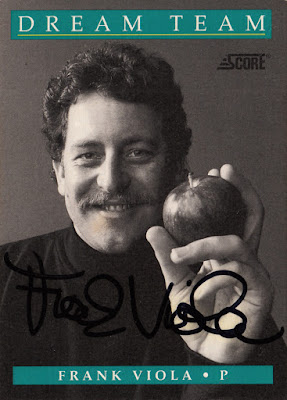 Tone, you'll have to fill me in on this one -- is this a TTM or an in-person get?  Either way, you picked a great card to get autographed!  These Score 'Dream Team' cards were always a hoot.  I've always like Viola, a New York boy through and through.

Well, you've certainly taken "above and beyond" to a whole new level, Tony.  I can't thank you enough for this amazing assortment of loot!  I certainly don't deserve all this, but I'm thankful for it and I greatly appreciate it!

Happy Labor Day!  The 'unofficial' end of summer is upon us, but there's still plenty of baseball left to play.  And, of course, there's never an off-season for card collecting, right?

So, in honor of the holiday, hows about we fire up the Four Topps engine?


A good way to begin!  In terms of Topps sets, 516 isn't exactly a glamour number.  But, the '87 set gave us an eight-time All-Star.  This represents Simmons' next-to-last Topps card and his first in an Atlanta uniform.  While Fleer, Score and Upper Deck saw fit to include him in their 1989 offerings, Topps said 'so long' to Ted in their '88 release.  Hey, Stat Man: Batted just .252 in 76 games for Braves in 1986 following a preseason trade from Milwaukee.

A perennial Gold Glove recipient during his early career in Texas, Sundberg's best days were behind him by the time this card came out.  As far as the flagship sets go, this is Sundberg's first time being pictured in a Cubs uni.  The backstop was a Royal in the '87 Topps set, but also was included in the '87 Traded set where he donned Cubbie blue for the first time.  The following year marked Sundberg's final appearance on a baseball card. Hey, Stat Man: His game-tying pinch-hit grand slam spurred an eight-run 8th inning en route to a 12-8 Cubs victory over San Diego, 7/8/87.

Here's one of those guys who kept changing his name.  Well, actually, it all depends on the card manufacturer. On every Topps or Bowman card, he's listed as "Eddie" (his given name) while the other companies (Fleer, Donruss, UD, etc.) have him as plain old "Ed" throughout the years  Strange!  No matter what you call him, though, the sure is a swell jacket!  Hey, Stat Man: Scattered eight hits and fanned five batters in complete-game 5-2 victory at Philadelphia, 9/3/88.

No, not that Tim Leary.  His one and only card in a Reds uniform, this Tim Leary later was featured in the 1990 Traded set as a member of the Yankees.  Did you know Leary was originally a draft pick of the Mets?  And that he was taken second overall in the 1979 draft?  In classic Mets form, the club rushed him to the majors following a tremendous debut season on the farm.  He hurt his elbow in his first big league start and was never the same thereafter.  Hey, Stat Man: Went 2-7 in 14 starts following the July '89 trade that sent him and Mariano Duncan from L.A. to Cincy.

And the Winner Is:  Three out of the four players featured in today's exercise made at least one All-Star squad during their careers.  Which isn't so bad for a group of guys relegated to card No. 516.  Nonetheless, a pretty dreary lot.  I'm going to award the 'W' to Ted Simmons and give runner-up honors to Sundberg.