Here are some more nickel-priced finds for the All-Time Mets Project, picked up at the recent Concord Mall sports card and memorabilia show. 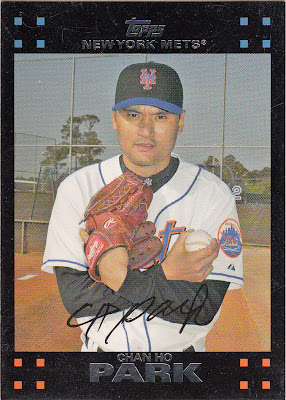 A former All-Star with the Dodgers, Park pitched in exactly one game for the Mets.  And that's it.  A four-inning, seven-run massacre on April 30, 2007 vs. Florida.  He was designated for assignment by early June. By the way, Park earned $3 million from the Mets for that one lousy start.  Notable Knowledge:  What else to you need to know? 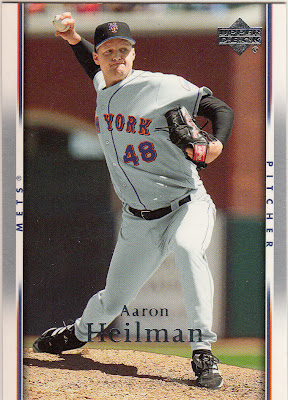 Gee whiz, Upper Deck sure had some humongous checklists for some of their flagship sets.  Card no. 823!? Anyhow, Heilman never got a fair shake (in my estimation) at a starting gig, instead being used as a set-up man for most of his six seasons in Flushing.  Notable Knowledge:  Served up Yadi Molina's infamous game-winning home run in Game 7 of the 2006 NLCS. 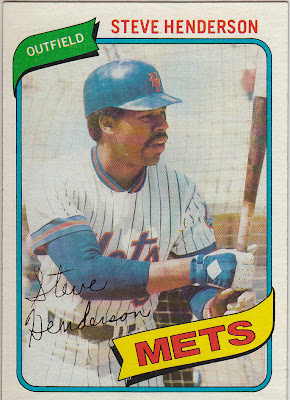 I love the look of this card.  Great batting cage photo of Henderson, who was a part of two very significant trades in Mets annals.  Foremost, Henderson was one of the pieces to return from Cincinnati in the 1977 Tom Seaver trade.  Then, in 1981, Steve was swapped along with cash to the Cubs to reacquire Dave Kingman.  Notable Knowledge:  Hit .287 with 35 homers over four season in New York. 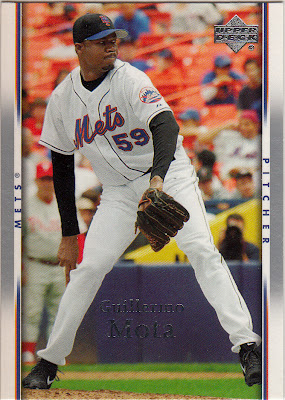 The Mets acquired Mota in late August '06, and he was tremendous down the stretch as a 6th, 7th or 8th inning guy.  But, then came the playoffs, where Mota struggled and eventually cost the Mets Game 2 of the NLCS. Notable Knowledge:  Fashioned a 3-0 mark with a 1.00 ERA in 18 game for '06 Mets. 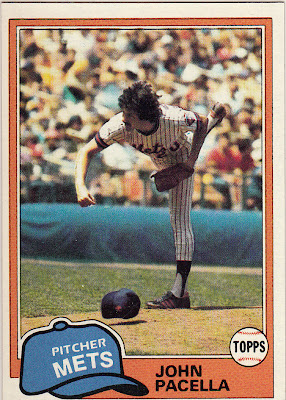 Looking at his card, I'm reminded of a quote from one of my all-time favorite films, Miller's Crossing.  In it, Tom Reagan is describing a dream to his lover, in which the wind blew his hat off.  To conclude the exchange between characters, Tom sneers, "There's nothing more foolish than a man chasin' his hat."  Words to live by. Notable Knowledge:  On the back of this card, it reads, "John has a unique habit of losing his cap each pitch." 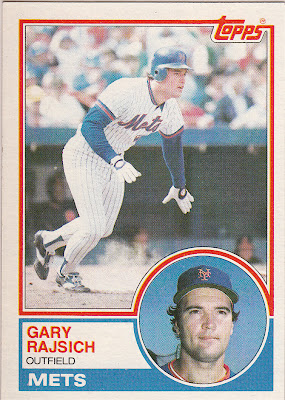 No hats flying about on this one.  Kinda of a let down from the last card.  Rajsich was a two-year Met, playing in just 91 total games as an outfielder or first baseman.  His big league career endured for only four seasons. Notable Knowledge:  Attended baseball factory also known as Arizona State University. 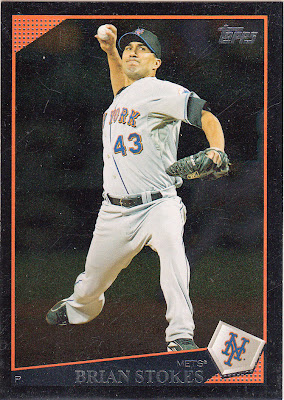 These black-bordered parallels were available in 2009 Topps blasters sold at Wal-Mart.  I guess these are kinda cool.  Not sure if these are more or less impressive than the Target-only throwback gimmick from that year, which was usage of the old-style Topps logo.  Notable Knowledge:  Swapped to Tampa in January 2010 for Gary Matthews, Jr. 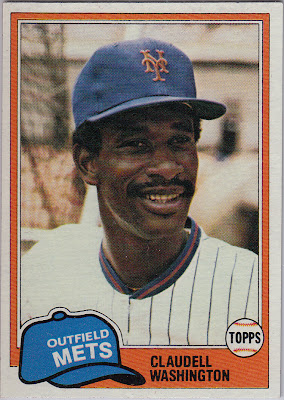 How affable-looking is Claudell Washington on this particular card?  I showed it to my wife, Mrs. K, who is always good for a quip or two, and she responded, "Aw, he looks like a really nice man.  He's probably a minister at his church."  I couldn't find anything in the way of Washington's ministry, but I wouldn't be surprised. Notable Knowledge:  One of 116 players to have played for both the Mets and Yankees.

Okay, now these next three did not come from my favorite nickel box-bearing vendor.  Instead, these came from a somewhat snooty vintage salesman.  [Ed. Note: Whatever, his prices were decent.] 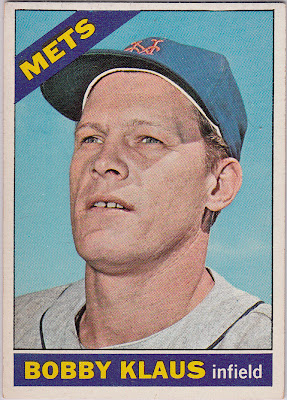 You better not pout, you better not cry...  Okay, sorry, but that was somewhat unavoidable.  This particular Klaus lasted just two years in the big leagues, joining the Mets from Cincinnati in July of '64 and the playing 119 games for the Amazins in '65.  Notable Knowledge:  Six home runs in 673 career plate appearances. 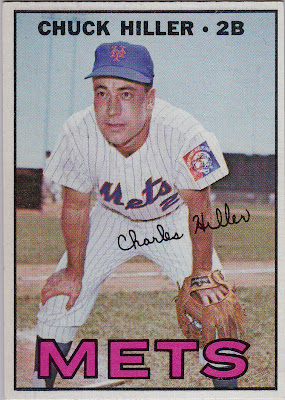 For just a buck, I knew I had to own this card.  I'm a sucker for this sort of posed photo.  A nice, sunny day at Shea complimented by a great view of the '64 New York World's Fair patch on Hiller's left sleeve.  This'll be a brilliant add to the binder.  Hiller, by the way, was a .242 hitter over three seasons with the Mets. Notable Knowledge:  Became the first N.L. player to hit a World Series grand slam, Oct. 7, 1962, as a member of the Giants.  Can ya believe it? 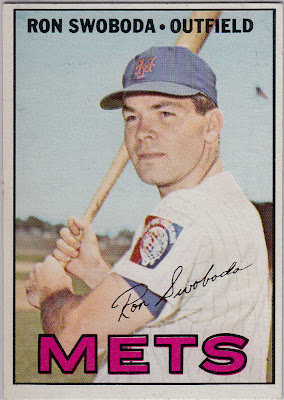 I've saved the best for last.  Swoboda became a World Series hero and a household name throughout the Five Boroughs with his spectacular diving catch to rob Brooks Robinson during the ninth inning of Game Four.  I hope to eventually get Swoboda's 1966 card, replete with rookie cup, but this one will more-than-do in the meantime. Notable Knowledge:  Bashed 19 homers as a Mets rookie in 1965.

Now, believe it or not, I found more than just Mets cards at this show.  Perhaps I'll get around to blabbing about some of them in the not-too-distant future.  Time will tell.

Thanks for stopping by and hangin' tough through this who's-who of random Metsdom.