That's why it was a huge deal when one glorious day that my Grandma Ree-Ree (we called her that because her first name was Marie) presented eight-year-old Me with a shoe box full of cards from the '70s that once belonged to my Uncle Steve.  Talk about being over the moon.

But, once my Uncle Steve caught wind of the fact that his childhood collection had been given away without his consent, the gig was up.  He gave poor Ree-Ree some grief, and then my mom some grief.

Well, in the end, after a long soul-searching talk with my mom, I wound up giving the box of cards back to my uncle.  And I even accompanied it with a handwritten note... 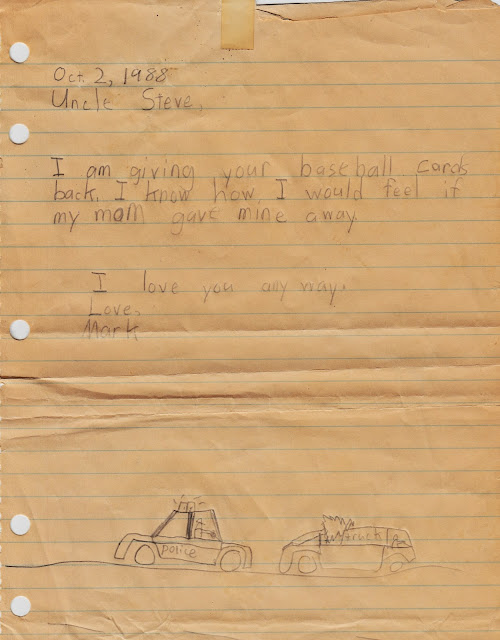 Pretty crappy drawing, eh?  I know I was only eight, but...jeez, that's a terrible drawing.  Anyhow, Uncle Steve was a cop back in those days, thus the police car.

Well, fast forward about, oh, 18 years, and Uncle Steve was packing up his belongings and moving to Florida.  In an effort to downsize, that box of baseball cards -- which included my fabulous archival note -- was presented to me once again.  This time for keeps.

I know what you're thinking: Why the heck are you sharing this with us, Mark?

Well, for starters, the majority of the cards from Uncle Steve's collection consisted of 1977 Topps.  Hundreds of them, actually.  Most in pretty decent condition.  Included in the mix were cards of Yount, Bench, Koosman, Morgan, Sutton and various other stars of the era.

With a pretty good foundation for the 660-card checklist, I finally made the commitment about a year or so ago to actually attempt to complete the '77 set.  I still need quite a few cards -- including a couple major doozies -- but I'm in no rush.

The package of cards that Adam from Upstate NY sent me recently included a bunch of '77s that I needed, so that got me thinking of my old box of cards from Uncle Steve and the yellowing letter you see above.

Here are some of my favorites from Adam's package... 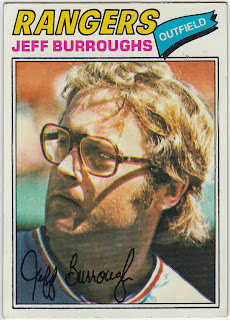 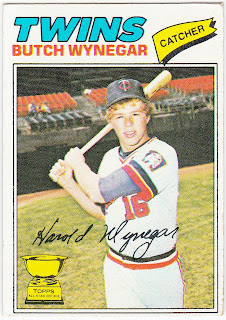 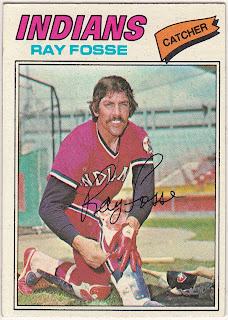 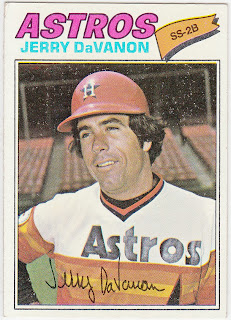 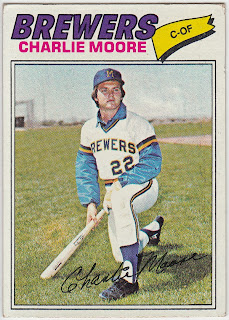 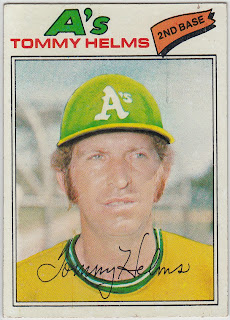 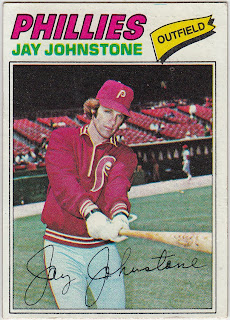 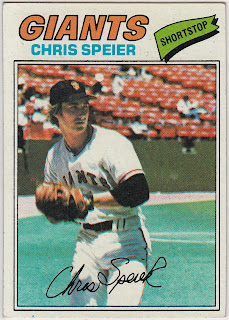 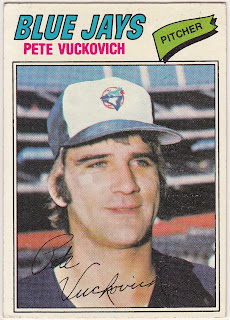 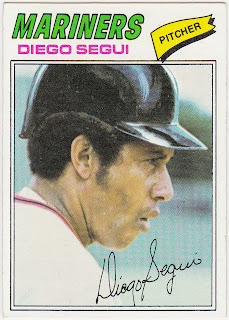 I guess I've been looking for an excuse to post that laughable letter to my uncle from a quarter of a century ago. Thanks for giving me the impetus to do so, Adam.  Rest assured the new additions to my '77 set are well appreciated.  And don't even think about asking for them back!