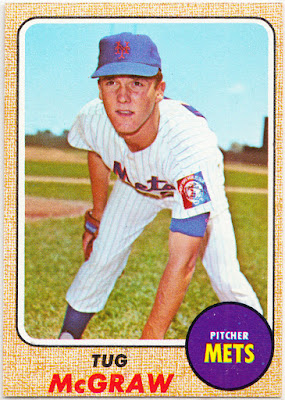 My infrequent blogging of late has coincided with the fact that I haven't busted any new packs or been to any local card shows in nearly two months.  I don't know which has effected the other more; I guess it's a chicken or the egg type of thing.  Regardless, my blogging slump continues and it's not getting any better with the arrival of football season.

But, I'm not giving up.  And helping the cause to keep me engaged are the consistent envelopes I receive from Shane at Shoebox Legends.  Lately he's mixed in a good helping of vintage Mets to fill some glaring holes in my team checklist.

Exhibit A: see above scan.  This, of course, is a beautiful '68 Tug McGraw.  It's his third stand-alone Topps card and certainly one of his best.

From the same set... 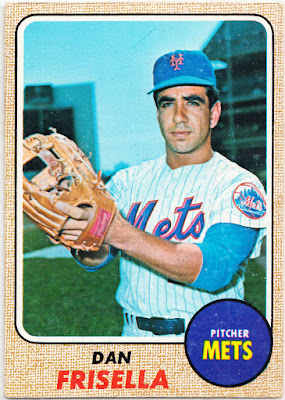 This is Danny Frisella's rookie.  In six years with the Mets, Frisella won 24 games and saved 24, crafting a 3.08 ERA along the way. 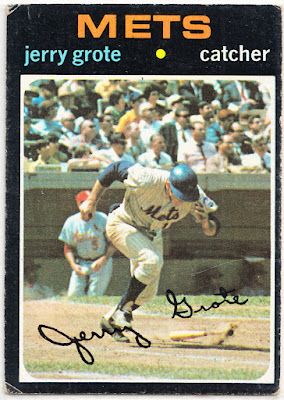 Here is yet another example of the greatness of '71 Topps.  Out of the box, head down, hard charging.  Grote was always known as a gritty defensive catcher, so it's cool to see a baserunning photo of the long-time Met. 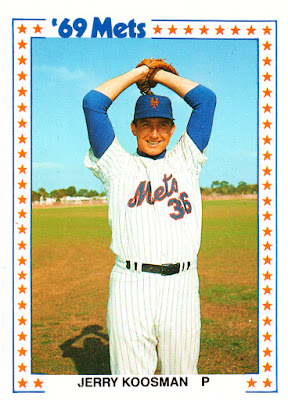 While not truly a "vintage" card, this Koosman is every bit as good.  This one hails from TCMA's 1987 tribute set to baseball's greatest teams, which of course includes the 1969 Miracle Mets.  My favorite aspect of this card? Gotta be the shadow.

In addition to the old-school scores, a few Mets from the Chrome age... 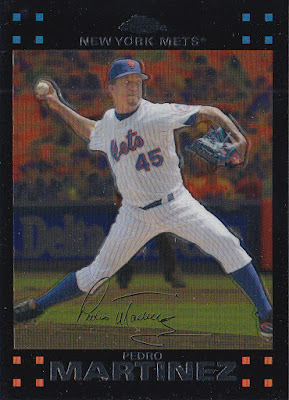 A pair of not-ready-for-primetime prospects... 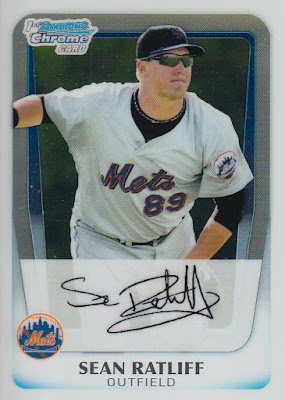 A former fourth-round pick out of Stanford, Ratliff never ascended higher than Double-A Binghamton.  He only played four seasons of pro ball, but during one of those seasons (2010) he cracked 21 homers over 130 games. 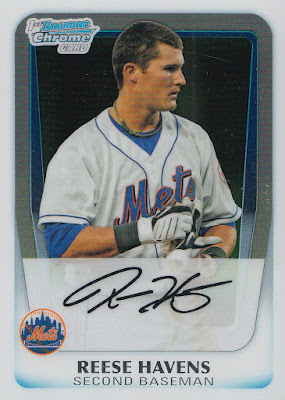 Havens was another high draft choice that didn't pan out.  He was snagged with the 22nd overall pick in 2008 out of the University of South Carolina.  After bouncing between the lower rungs of the organization for his first five years, Havens finally made it as high as Triple-A Las Vegas in 2013.  However, at age 27, Havens retired soon thereafter after battling a series of injuries.

Okay, now to the non-Mets portion of the post.  Shane always hits a home run in this area. 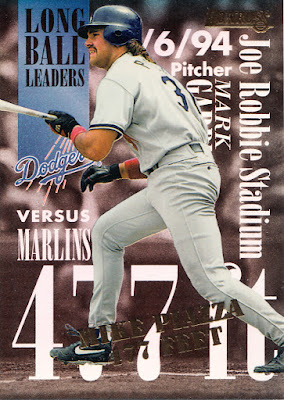 This sweet "Long Ball Leaders" insert from 1995 Donruss.  The scan makes it look somewhat drab, but trust me it's an absolute sparkler in real time. 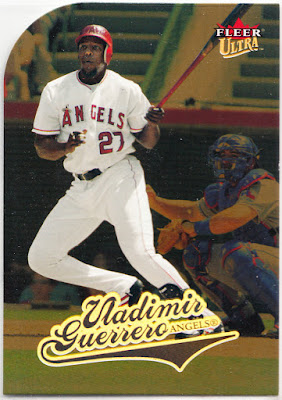 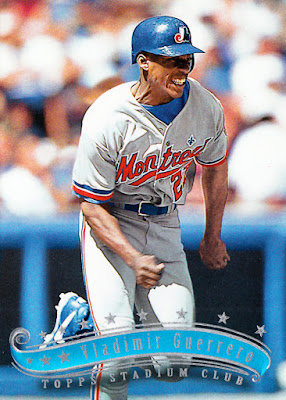 The Vlad counter is now up to 360 thanks to this sharp-looking pair.  The '97 Stadium Club is a personal favorite since that is one of my all-time favorite sets.

Last but not least, another super entry into my embryonic hockey collection. 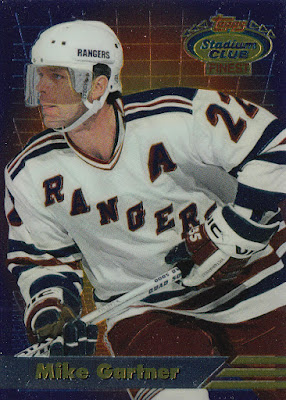 Oh man, this is so good.  Stadium Club Finest?  When premium brands collide!  Awesome card of one of my childhood heroes.  Do hockey cards get much better than this??

Shane, you're a magician when it comes to crafting these PWEs.  Really enjoyed this one from top to bottom. Looking forward to the next round already!