Archives From the Dollar Store 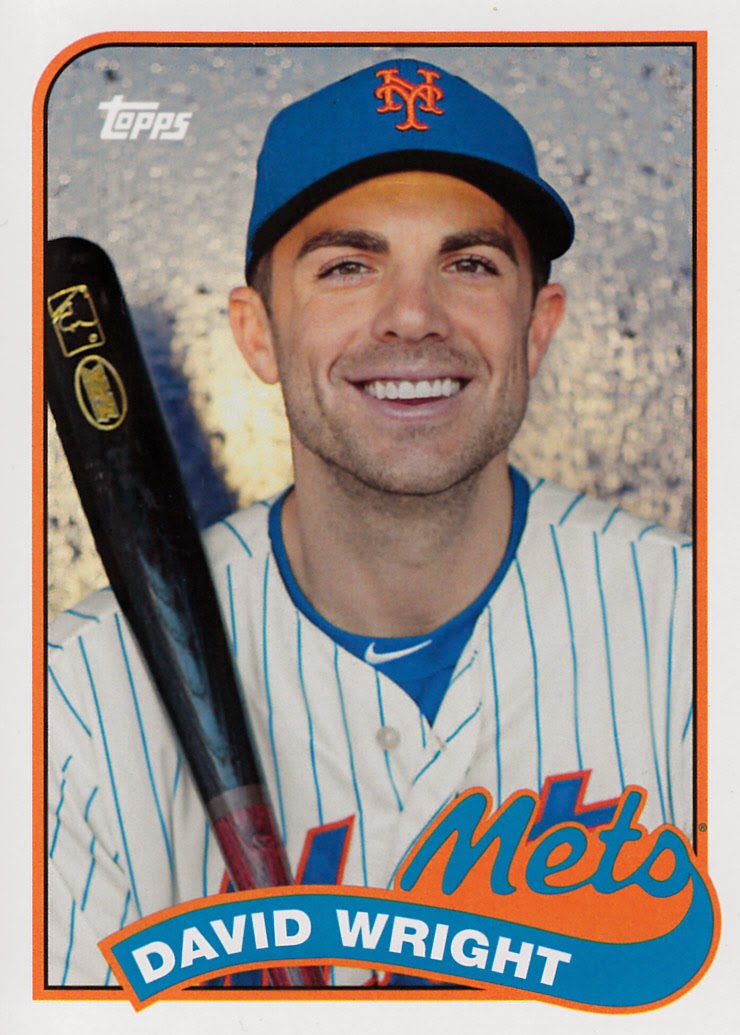 So far, my lone foray into 2014 Archives was a foursome of rack packs I snagged a couple weeks ago.  I netted five of the six Mets included in the regular 200-card checklist.  The exception: David Wright.

That's where the blogosphere and a fellow Mets fan comes into play.  Douglas C. (aka Buckstore Cards) put together a most righteous PWE that included the M.I.A. card of the Mets' captain, featured on the '89 Topps design.  It's a beautiful marriage of my favorite design and my favorite player.

Also included in the envelope from my Canadian buddy... 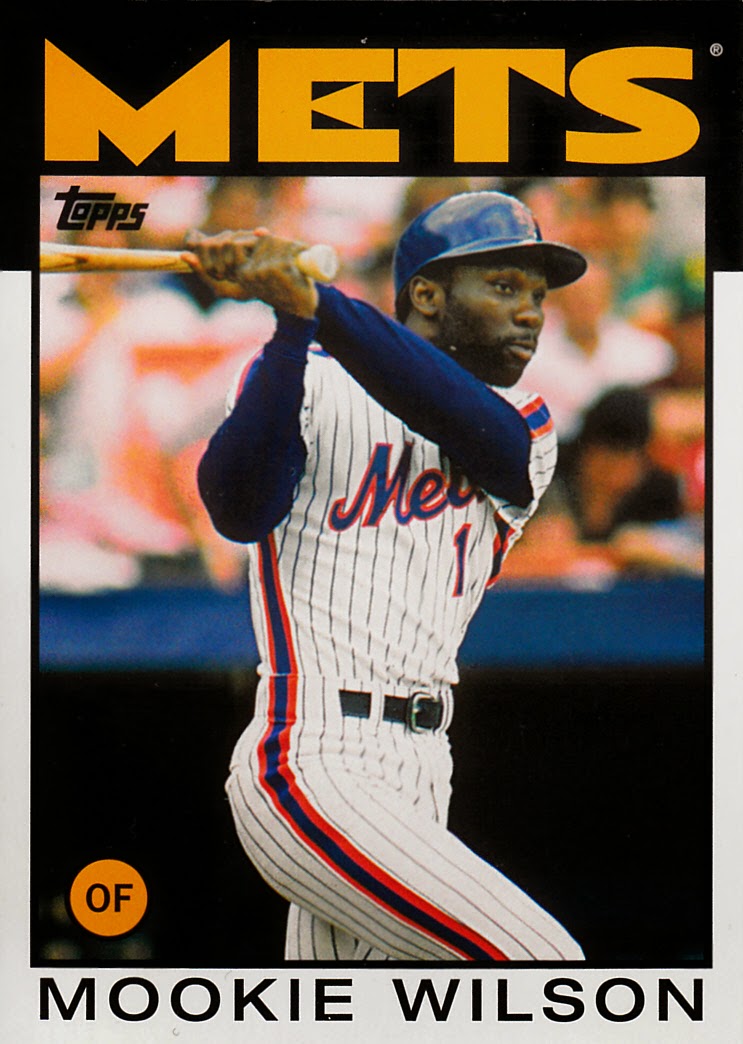 There were a few Mets embedded in the short print portion of the 2014 Archives checklist, as well.  Among them is Mookie Wilson.  He's appropriately framed on an '86 base card design.  A pretty good-looking card. 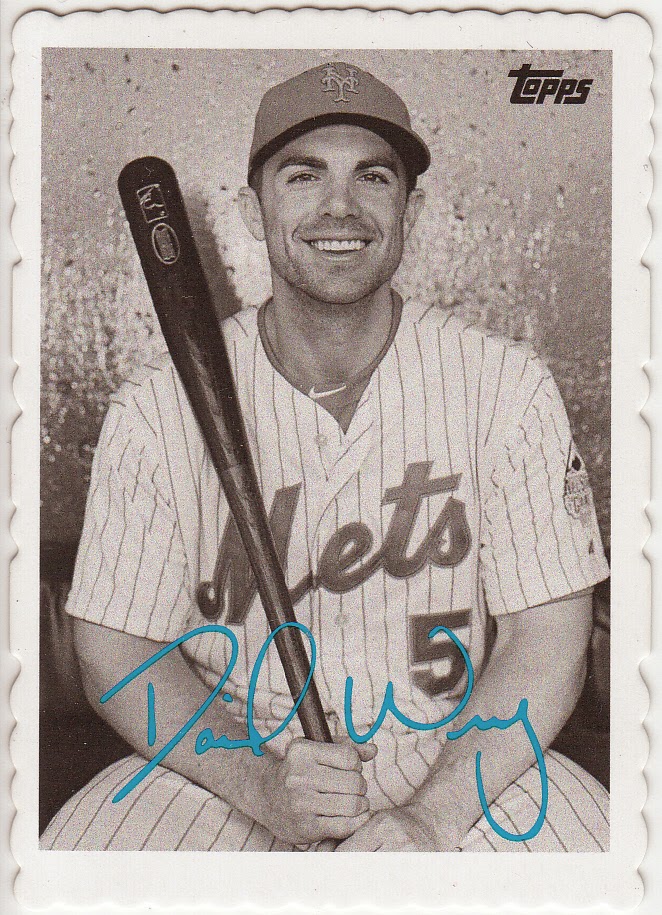 Deckle David.  Using the exact same photograph from the base Archives card, though it's not cropped as tightly. Not the most mortal of sins, I guess.

On the other hand, the 1987 All-Star inserts.  I was excited for these when I first read about them.  But, of course, Topps whiffed big time.  Instead of making the cards glossy like their ancestors, they're just plain ol' regular Archives card stock.  Kind of a buzzkill.

And, as far as the photo choices? 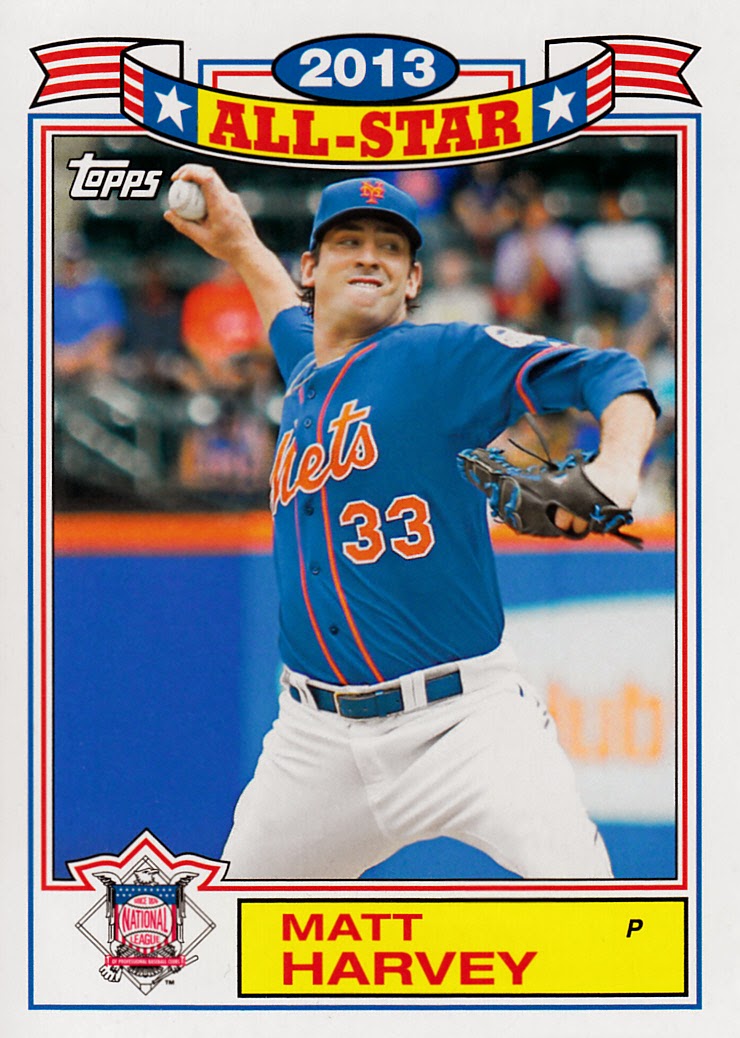 Seen this one in flagship Topps already this year. 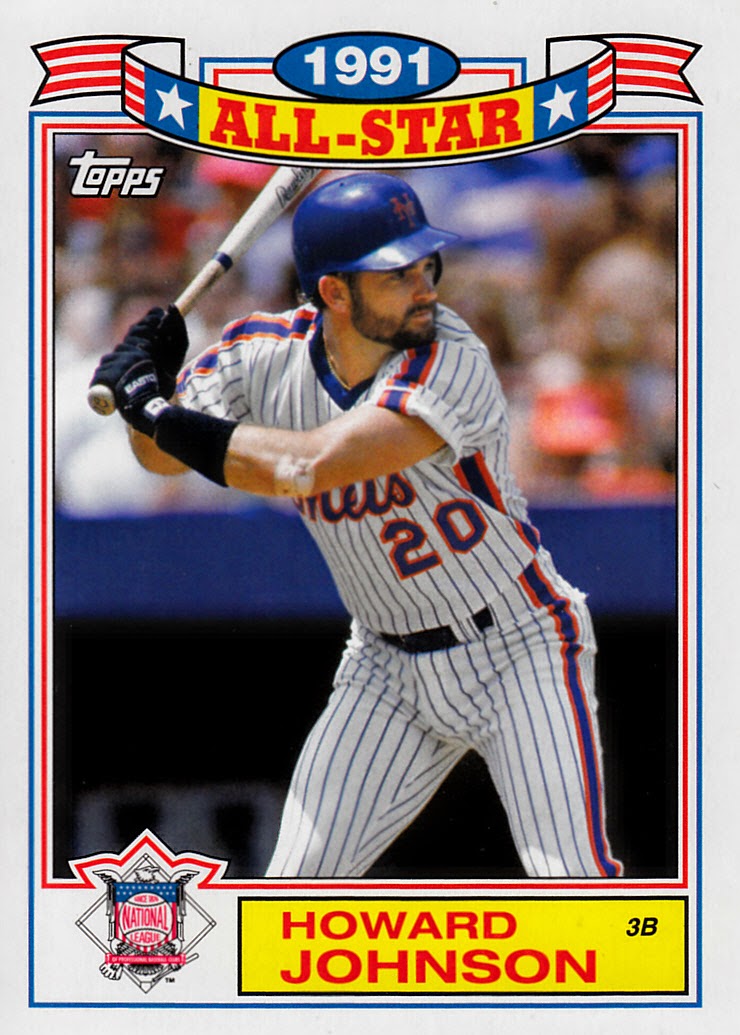 Saw this one in last year's Archives (the HoJo short print on a 1990 base card). 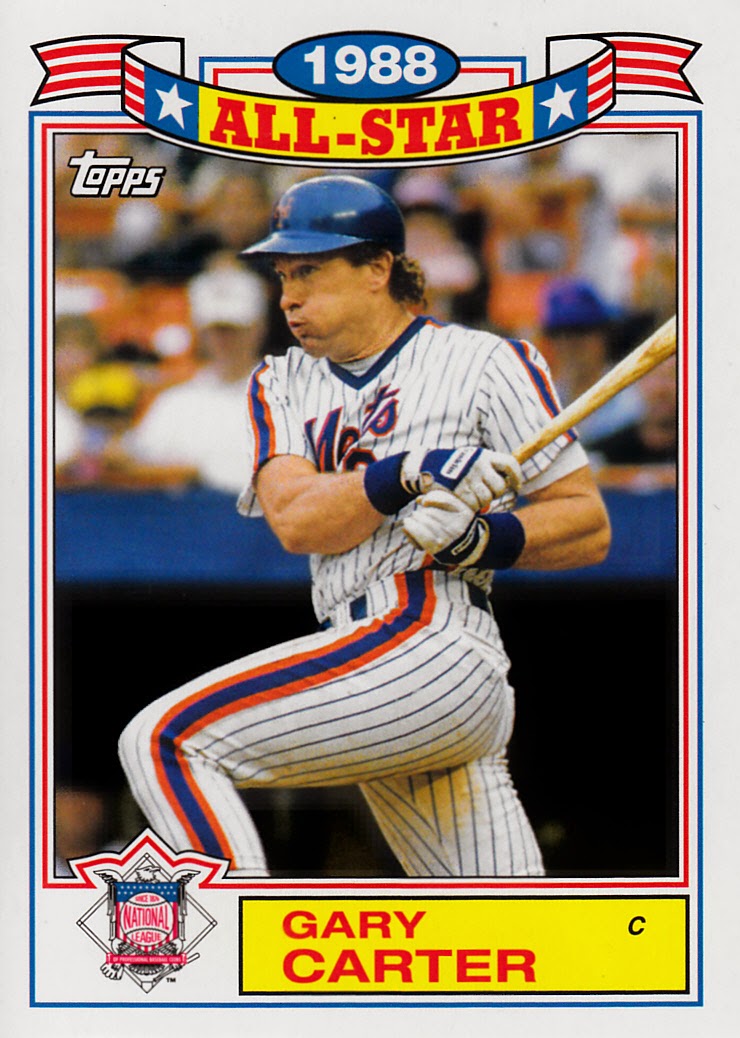 This one has seemingly been used a zillion times in various sets the past couple years.  Gary Carter, one of the most photogenic players ever, and we have to keep using the same snapshot.  Sigh. 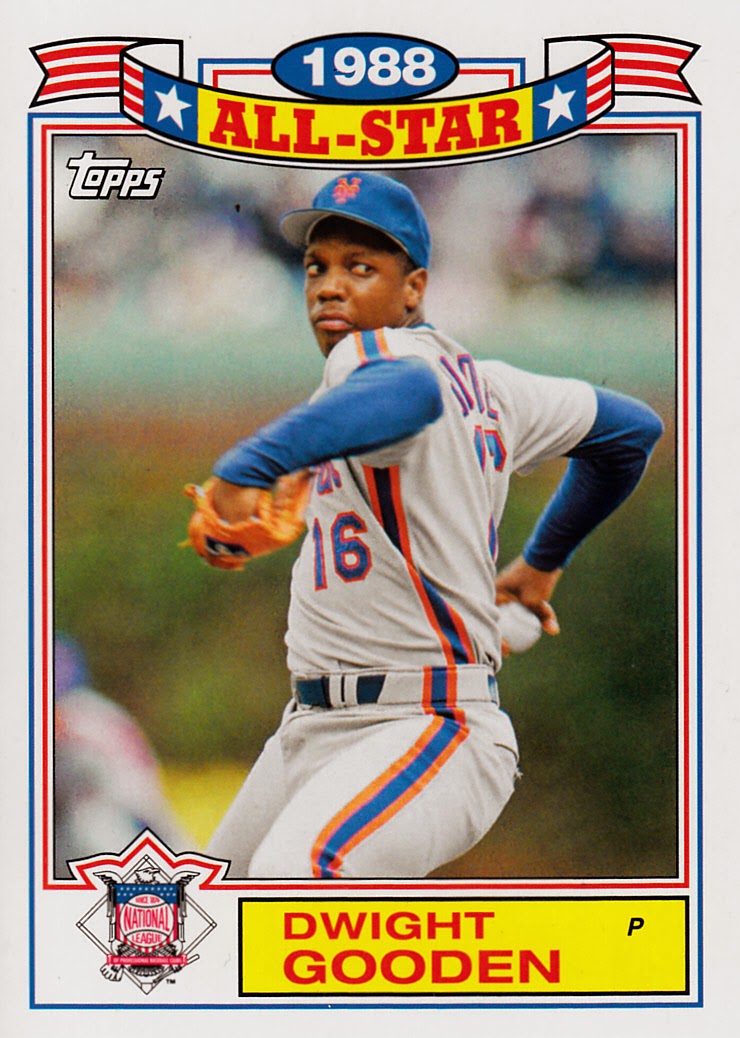 I can't think of where I've seen this one off-hand--maybe it hasn't been used.  But, I'm not giving Topps the benefit of the doubt.  Shame on you, Topps!

However, in spite of it all, I do like the nod to the great rack-pack inserts from my childhood.  Could these have been better executed?  Sure, maybe someone who actually collects cards and cares about cards might have done a more thoughtful job in making these the sparklers they were meant to be.  Oh well, I guess it's at least nice that the Mets got four players in this particular insert set.

Since Douglas did such a wonderful thing by sending these my way, I'm even less tempted to buy any more Archives.  I'm sure I will at some point, but these do a fine job of scratching any itch I might have.

Oh, and one final piece to the PWE... 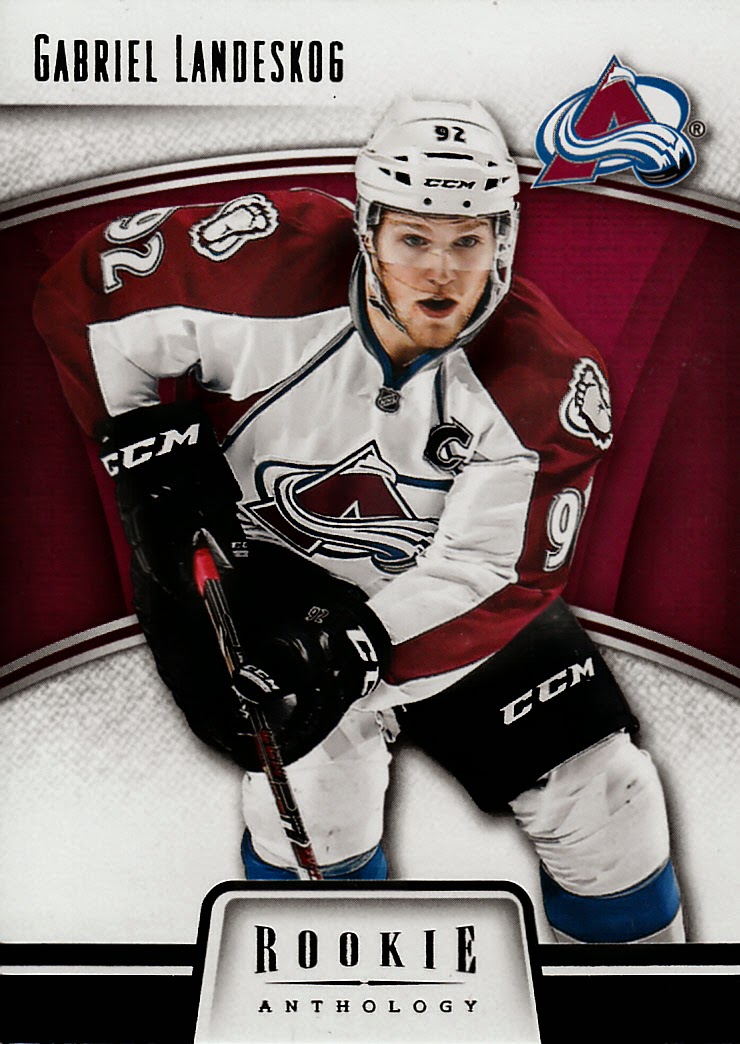 My favorite hockey-playing Gabriel.  If there could just be a way to get the talented young Swede to wear the blue sweater of the New York Rangers someday.

What's that?  Oh yeah, baseball.  What place are the Mets in?

Thanks for the goods, Douglas!