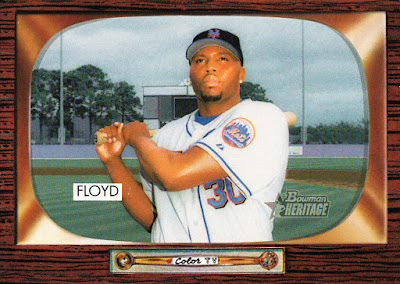 Certainly, I'm a fan of Topps Heritage cards.  No secret about that (at least if you've ever stumbled upon my ramblings previously).  I officially caught that bug back in 2012 and have been on-board ever since.

But, another Heritage rendition mustn't go unnoticed or under-discussed.  And that is Bowman Heritage.  This brand was around during my 'dark years' or, if you'd like, the years when I wasn't collecting.  Thus, many/most of these cards were M.I.A. from my collection--specifically my Mets collection.

Helping to remedy this situation is--you guessed it--my buddy Shane from Shoebox Legends.  The most recent PWE from my Rhode Island compatriot was chock full of Bowman Heritage base cards.  And I couldn't have been happier about that!

First up, 2004 Bowman Heritage.  These are the ones that pay homage to the original '55 Bowman cards.  You know, the horizontal cards that take on the appearance of an old television set.  Therefore, these are frickin' awesome! 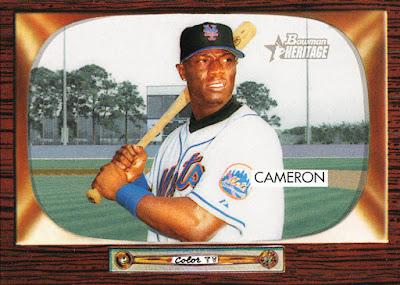 Mike Cameron patrolled center field in Flushing for all of 2004 and then took a back seat when New York acquired Carlos Beltran prior to the 2005 campaign.  He was dealt to the Padres in exchange for Xavier Nady following the '05 season. 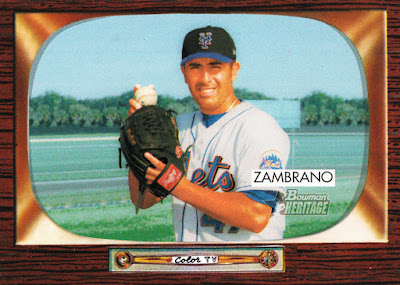 The key piece in the infamous Scott Kazmir-to-Tampa trade.  Then-pitching coach Rick Peterson (in)famously claimed in could iron out Zambrano's flaws in "10 minutes."  It's been a long 10 minutes. 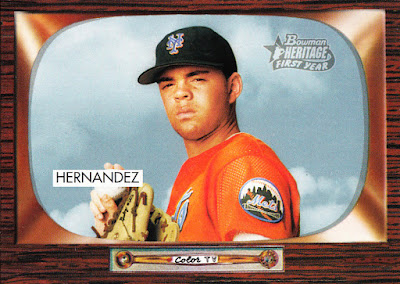 In December of 2005, the Mets sent a pair of minor leaguers to the Marlins in exchange for veteran catcher Paul Lo Duca.  One of those minor leaguers was a guy named Gaby Hernandez.  And, while Hernandez never made it to The Show, his baseball career has been a long and colorful one.  In addition to countless minor league outposts, Gaby has played internationally in Australia and was last on the roster of the 2015 Southern Maryland Blue Crabs of the independent Atlantic League. 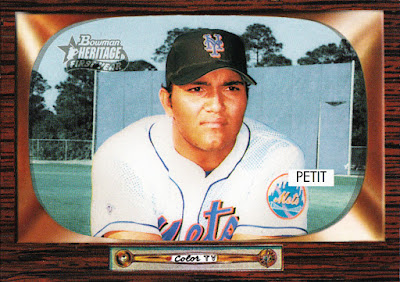 Yusmeiro Petit was originally signed by the Mets as an amateur out of Venezuela in 2001 and was later included in the trade that netted the Amazins Carlos Delgado.  Though he's just a footnote in Mets history, he's carved out a nice big league career that includes a well-earned World Series ring with the Giants in 2014.

Also included in this latest shipment from Shane were foursome of Bowman Heritage cards from 2007.

And what a foursome! 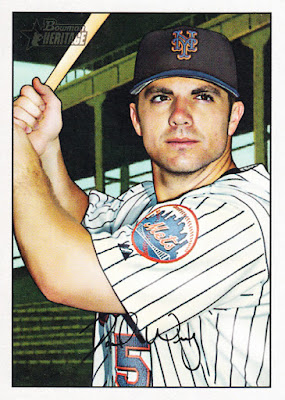 Before his name became synonymous with spinal stenosis and prolonged trips to the disabled list, David Wright was a commodity hotter than a griddle sitting in the Georgia sun on an August afternoon.  Do you remember those days?  I'll put DW's numbers from 2005-2008 against any modern day ball player. 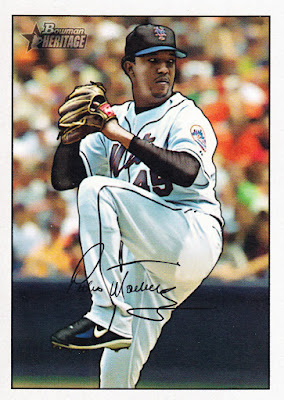 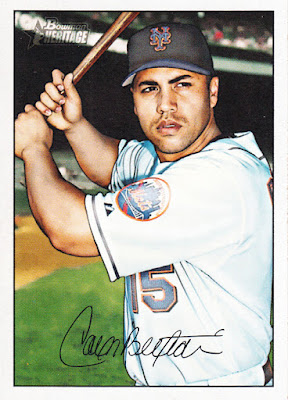 Are there still Mets fans out there who begrudge Carlos Beltran?  I don't get it.  I love the guy and think he's right up there in the pantheon of greatest Mets of all-time.  He heard a good amount of boos from the Citi Field faithful in last weekend's Subway Series against the Yanks.  Again, I don't get it. 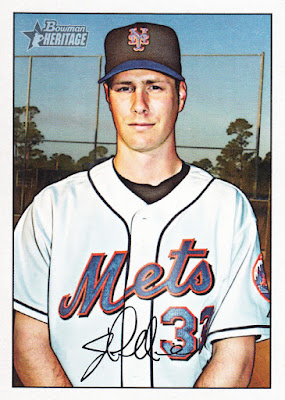 But, let's move on to the final two cards of the envelope.  These are neither Heritage nor Mets.  But, both are still sick-good. 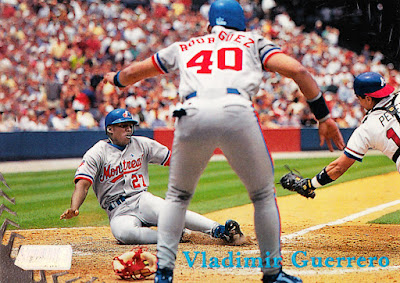 Yes, it has O'Henry's butt front and center, but I dare you to find me a better, more exciting base card of Vlad Guerrero than this one from '98 Stadium Club.  What a photo!

Finally, a little taste of the NHL since, ya know, preseason hockey is already upon us! 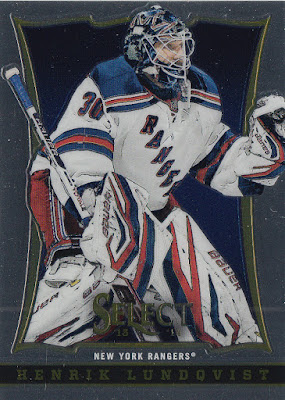 Another grand slam effort, Shane!  One of your best PWEs yet...and that's tough to do since they all kick major arse!  Thanks again, m'man!