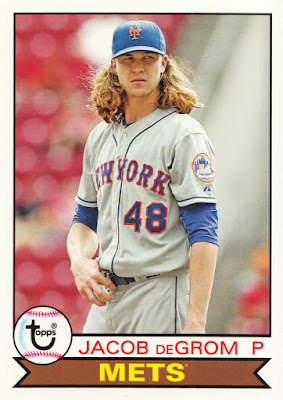 I finally found 2016 Archives at my neighborhood Target store.  A week later, but we're no worse for the wear I suppose.  They had a few blasters but no rack packs, so a blaster is what I went with.

I opened seven of the eight packs within the box and put one aside for my son's box o' packs -- one pack from each Topps product since his birth year of 2014.  [Ed. Note: I've gotta tell you, it's a pretty impressive cache of packs the little guy's got working!]

Anyhow, the first card out of the very first pack I ripped is pictured above.  Was this blaster meant for me or what?!  Sure, I didn't score any big hits or autos or whatever -- though, maybe my son's pack has a Darryl Strawberry auto, who knows -- but I did pretty well by pulling seven Mets cards!  There are a whopping 15 Amazins featured in base set (no SPs, thank God!)

As for the reproduction and integrity of the '79 design, I give Topps a solid 'A' for their efforts.  The colors match those of the archival Mets cards from '79 and the photo choices are good and 'new.' 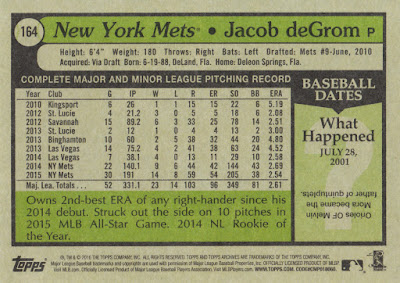 By the way, I feel no difference in the card stock this year versus last year.  I read a few places where folks felt it was different or thicker or whatever.  That's really my only complaint about the latter-day Archives product. Same as every other year. 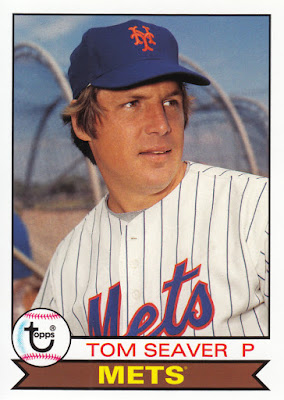 Of course, Tom Terrific is among the 300-card checklist.  I think it woulda been really great to have seen Seaver on the '91 design, but this works, too. 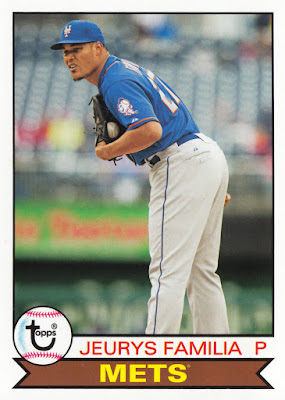 Familia, who notched his 20th save of the season Thursday night, makes his very first appearance in an Archives set. 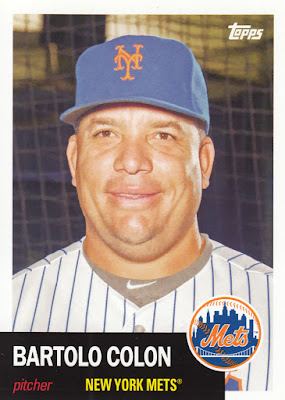 Since I wasn't alive for the originals, nor was I collecting Heritage back when this was the model set, I really, really like the '53s in this year's product.  I especially love how the Mets skyline logo looks within the design. I'm certainly glad Topps didn't try to pull their usual stunt of putting the circular logo inside of another white circle (like they did on the 1987 minis a few years ago).

Bartolo, aka the Big Sexy, is a perfect specimen for the elder design, don't you think? 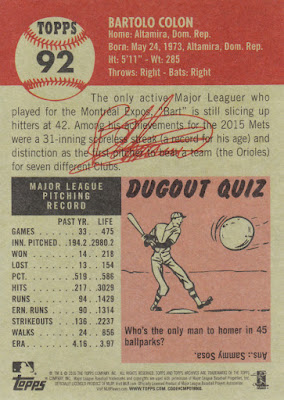 A look at the back.  These might be the best card backs in Topps history, no?  At least they're in the discussion. 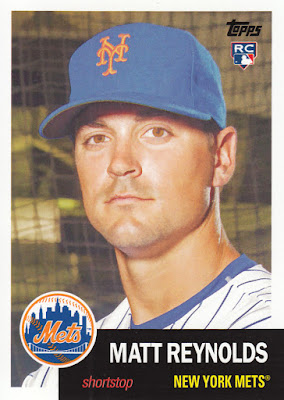 Topps has tabbed Matt Reynolds as the Mets RC emblem-holder across all it's products, I see.  I'm cool with that.  At least he's on the big league roster. 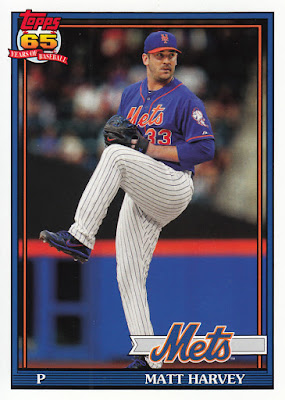 Beautiful!  I was overjoyed that the Mets representatives in the '91 subset weren't subjected to the city name on top of the team name.  Some teams have it, some don't.  Is there a rhyme or reason?  Only Topps knows (or maybe they don't).  In any event, the addition of the city over top the nickname not only looks bad, but it's dopey and unnecessary and I'm glad I don't have to put up with it on my Mets cards! 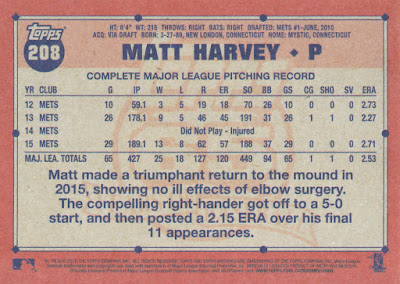 The backs are faithfully reproduced. 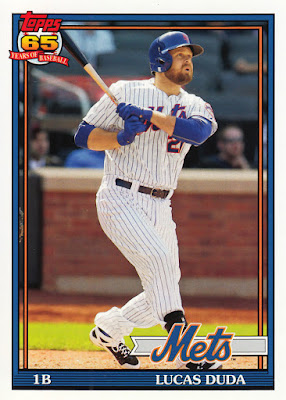 The Dude rounds out my Mets pulls from the seven-pack retail rip.  I hope Topps is paying attention to us bloggers who really are diggin' the zoomed out photos on the '91s.  Please return us to those times in the latter day releases, please!

Okay, so the overall subset tally for the Mets in this year's Archives looks like this:

In addition to the base, I'd love to track down the blue parallels.  Those deep blue borders look just about perfect on a Mets card!

Like most everyone else I've read, I'm very happy with this year's Archives.  So much so that I think I might build this year's complete 300-card set (or at least get a hand-collated set off eBay).  At the very least, I want to get all 100 of the '91s, as those are right in my wheelhouse.

I do a lot of ragging on Topps (and all of it is so richly deserved), but I have to hand it to them when they do a solid job.  So, good on you, Topps!