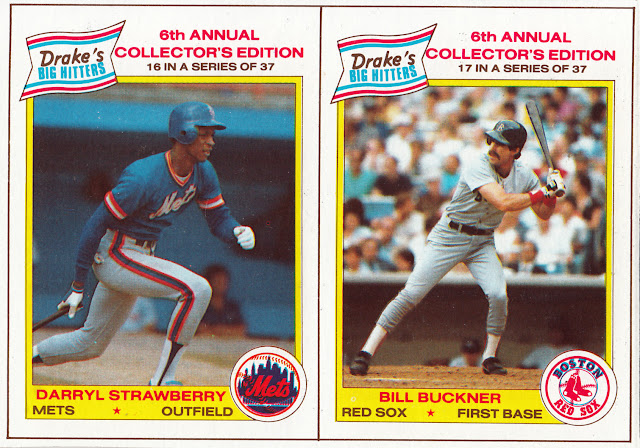 This past weekend our local firehouse hosted the normal monthly sports card show.  It wasn't the most robust event, as there were plenty of empty vendor tables that are normally occupied.  I guess it's too close to the Fourth of July weekend?  I dunno.

Anyhow, it's probably for the best since I'd be tempted to spend, spend, spend otherwise.  You know, like usual.

The first seller I visited was a new face, at least to me.  He had a whole bunch of binders of vintage cards from the '60s and '70s--mostly commons--so I figured I'd give 'em a thorough look-through to find a Met or two or three to fill in some gaps in my collection.

Everything in the guys binder was in generally very good shape, and it was priced as such.  For vintage, I'm more or less of the mindset that condition isn't super-important.  I mean, I'd like for the card to be in somewhat decent shape.  If it looks like it's been run over by a bulldozer or dropped in the toilet (or both), I'm gonna pass. Otherwise, I'm open minded.  But, y'know, sometimes it's nice to acquire some older cads that are still pretty crisp.  More on that in a bit.

Oh, the Drake's panel up top.  Yes, one random binder featured several oddball panels from the '80s.  I'm a sucker for these.  The prices weren't marked and, when I inquired, I was informed by the vendor that he'd go easy on me.

I don't know about you, but as much as I love these things, I won't overpay.  Given the way the guy inspected the two panels I picked out, I can only imagine he thought they might fetch multiple dollars each. I mean, he basically took out a looking glass to appraise them. 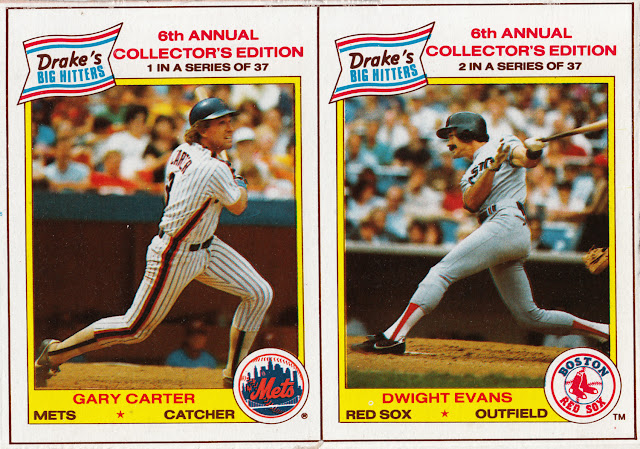 That aside, the panels are in wonderful shape.  No surface wear or wrinkles.  And, most importantly, they were meticulously cut out so as to preserve the borders.  I'll have a good ol' time in the near future using my wife's scrapbooking guillotine thingie to extricate both cards.

By the way, I'll probably just toss the remaining two Red Sox cards.  I can't think of anyone who could possibly want them.

Along with these dandy Drake's cards, I fetched a trio of vintage Mets, all of which are in tip-top shape. 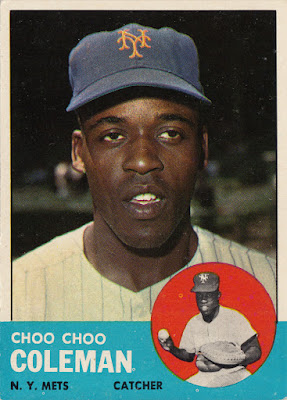 My "Must Have" alarm sounded when I saw this one.  It's one of three Topps cards that Choo Choo had in a Mets uniform.  I'm now the proud owner of two.  The third is a high number from '66, I believe, and I'm not ready to take that one on yet. 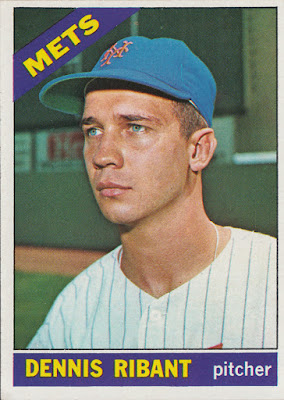 This is Ribants second Topps cards and his second (and last) as a Met.  His career was certainly nothing to celebrate, but it was a nice, crisp card that I felt I should bring home. 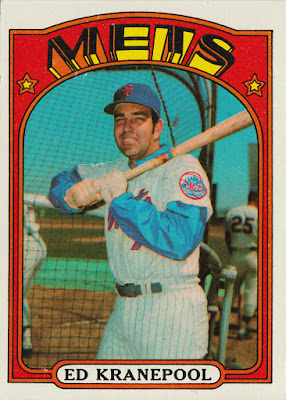 Last, and certainly not least, a sparkly '72 Ed Kranepool.  The centering and cut is nearly perfect and there's nary a chip or ding to report.  This is one of Ed's best cards in terms of photo choice.  Perhaps only his '67 is better.

As for what I paid for the whole kit and kaboodle, the guy asked for 10 bucks and I crinkled my face.  I countered with six and he had to sit down and catch his breath.  We eventually agreed on seven, which I guess is okay when the condition of the cards is taken into account.  I probably could have done better, but ultimately I'm happy with the cards.

As I walked away with my purchase and offered a pleasantry, the vendor dejectedly accepted it and sat on his hands with a harumph.  I guess it had already been a long day.

Beyond these, it was a pretty slow day at the ol' card show.  I didn't get a chance to track down any Series 2 or Archives, but there's always next month.