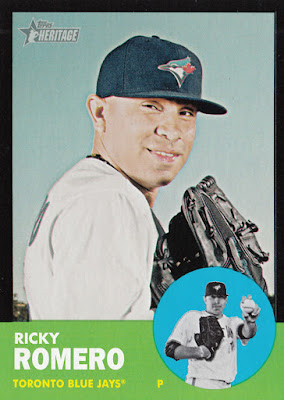 If there's one thing in our hobby that I can appreciate it's a set builder.  And one guy who takes that to a whole 'nother level is Charlie of Lifetime Topps Project.  Is there a more focused and ambitious chap around the blogs?

His latest hot pursuit is the 2015 All-Star Stitches relic set from last year's Topps Update series.  I've been following Charlie's progress with great interest for a while, completely forgetting that I had a card he needed from that set lying around.  Like I said, I really dig set builders and I definitely wanted to help Charlie out.

In return, Charlie was good enough to hook me up with a nice smattering of odds and ends from various Topps products to help my varied collecting pursuits.

In the lead-off spot you'll notice a black parallel from 2012 Heritage.  It's my long-term goal to complete the black, blue and red parallel checklists from 2012 since that's the year I formally caught the Heritage 'bug.' 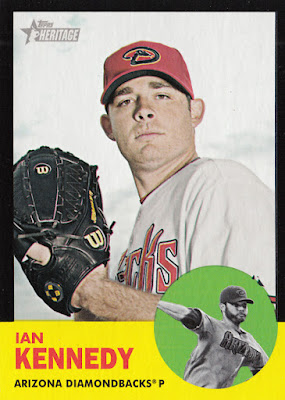 The Romero and Kennedy cards put me at 38 out of 100 cards from the black set.

Why limited my mania to the 2012 set, though?  2013 provided another colorful array for me to drool over. 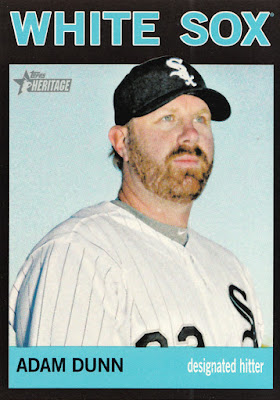 In case you forgot, these black-bordered beauties were available exclusively in blister packages sold at Target. You got three retail packs plus three black parallels for $9.99.  This used to be my favorite way to collect Heritage. 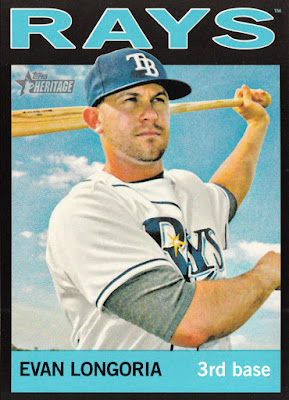 Naturally, Topps ditched the blister packs in favor of hanger boxes beginning in 2015.  Thus, bye-bye to black parallels.  The blues and reds rode off into the sunset, as well.  Total bummer for me.  Then again, I'll have my hands full enough trying to track down the cards from 2012-14. 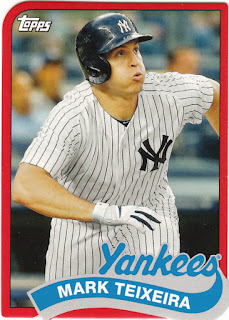 These die-cut 1989 minis from 2014 are another vice of mine.  Since the '89 Topps set is my favorite of them all, it's a no-brainer to try to and track these down.  Unfortunately I have a loooong way to go.  This Tex represents just my 41st card in the set of 150.

Of course, there were Mets in the mix, as well. 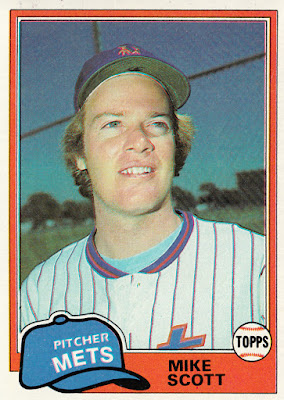 A young Mike Scott.  Before he was scuffing baseballs and torturing the team that drafted him. 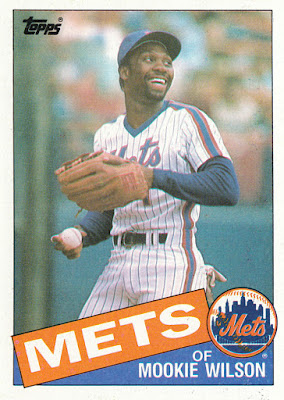 Is this Mookie's best Topps card?  I don't know, but I'm pretty sure it's my favorite. 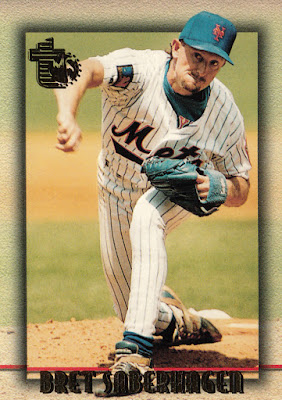 In 1995 Topps released Topps Embossed.  It was the only year for the product.  I'm guessing it didn't make collectors swoon.  Then again, it was also competing with roughly 500 other sets at the time. 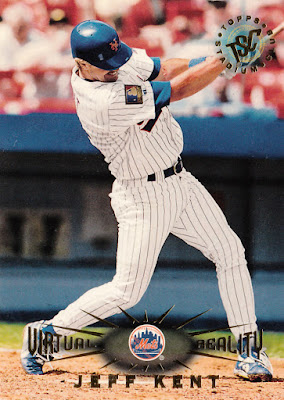 I've been trying to figure out what makes these "Virtual Reality" parallels from 1995 Stadium Club different from the regular base cards.  Other than the words flanking the team logo on the card's front, I can't find anything.

Here's the totality of Mets I received from Charlie... 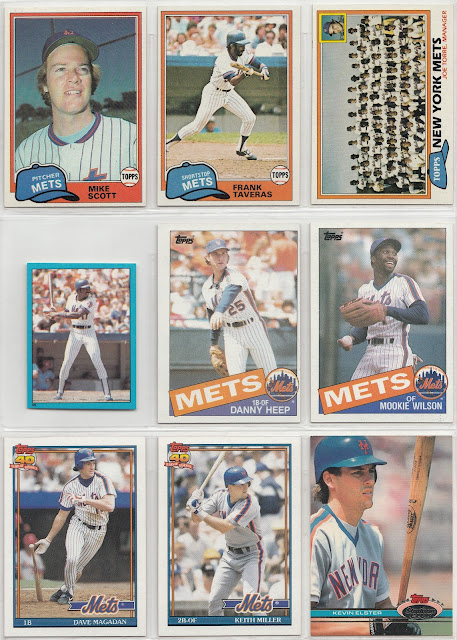 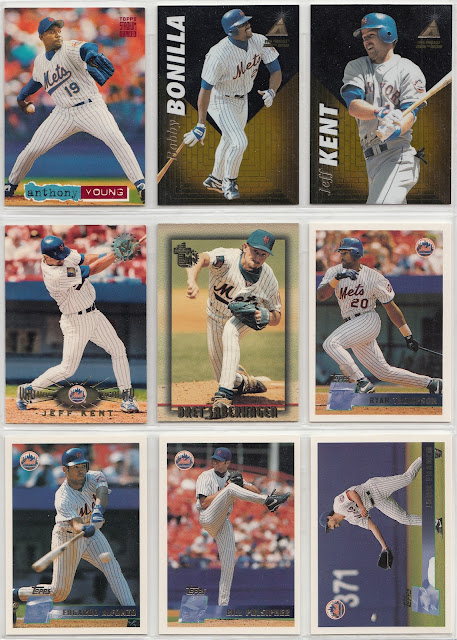 (Hey, how'd those two Pinnacle cards get in there??)

Lastly, a couple of potential candidates for my Horizontal Heroes frankenset. 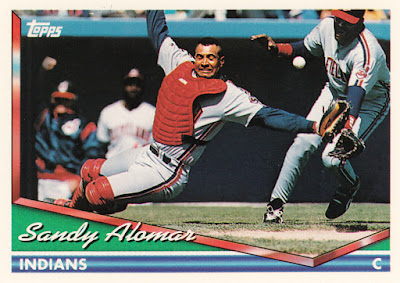 Very few catchers--if any--have more or better horizontal action cards than Sandy Jr.  Maybe Pudge Rodriguez rivals him, but I think Sandy might be the king. 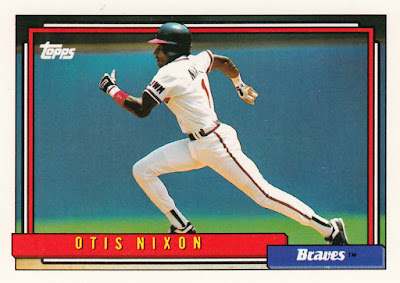 I have the complete '92 set, but I completely had forgotten about this tremendous card of the perennially ancient Otis Nixon.  Not sure if this will make the cut for my HH set, but his 2013 Archives card is already cemented.

Thanks for the fantastic loot, Charlie!  And continued luck with your All-Star Stitches campaign.