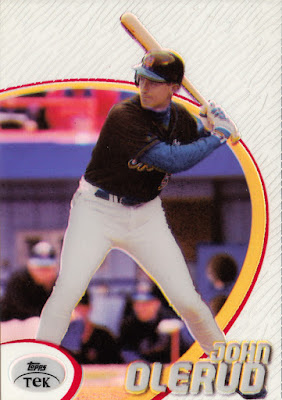 It's been a while since I posted a Zistle trade recap on the ol' blog, so let's have at it, shall we?!

Today's edition highlights the 34th trade I've executed on the best database/trading community in the hobby. My trade partner was fellow member olerud363, and it was my first exchange with him.

The only fitting way to kick off this post is with a card of, well, John Olerud!  It happens to be the only card of the former Met first sacker that I received in the deal, but quite a worthy one.

It marks just the second Topps Tek base card in my Mets collection.  Then again, is there even such a thing as a 'base' card in the Topps Tek universe?  I mean, aren't there approximately 1,387 pattern variations per card in the set?  What a curious product!  This particular Olerud feature Pattern No. 72, should you be interested. 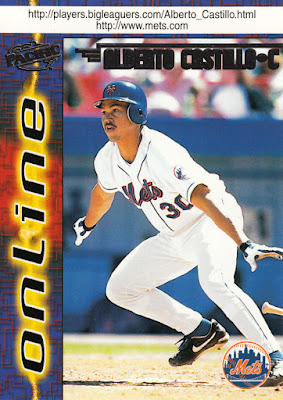 I was quite anxious to get this card, as I'm avowed fan of obscure former part-time backstop Alberto Castillo. This is my fifth different card of Castillo, who appeared in just 92 games over four years with the Mets.

On top of that, I kinda have a thing for these Pacific Online cards.  Mostly because the checklist is very deep for each team which means there's plenty of room for those lesser-known players that team collectors like me go ga-ga for.  Or is that just me? 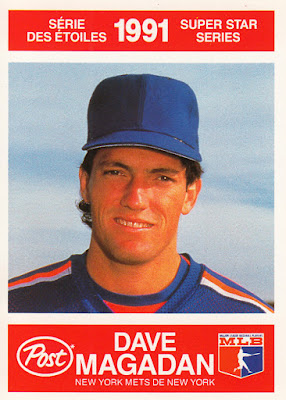 My trade partner is a Canadian citizen, thus I'd assume he had easy access to these Post Canadian oddballs from 1991.  Good for you, Dave Magadan, for getting your face on a food issue! 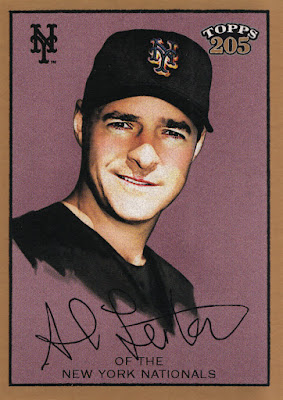 I feel like every trade I complete on Zistle results in at least one new Al Leiter card for my collection.  That isn't a complaint by any stretch as I once bemoaned his under-representation in my Mets catalog.  I'm happy to report I'm up to 82 unique cards of Alois as a Met.  [Ed. Note: Yes, that is his actual first name!] 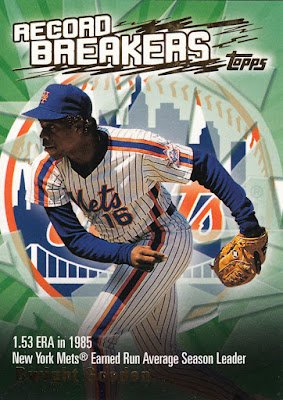 And, we'll wrap the post with a visit to the Parallel Universe, where variations of base cards are the norm... 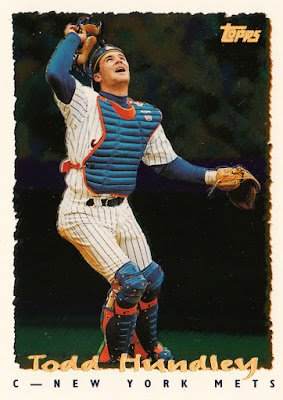 Todd Hundley, 1995 Topps Cyberstats.  I've really grown a new appreciation for these after initially writing them off as clutter.  (Well, I was 15, what did I know?) 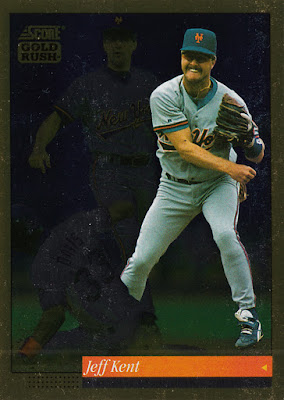 Jeff Kent, 1994 Score Gold Rush.  The base version of this is one of my favorites of Kent in Mets garb. 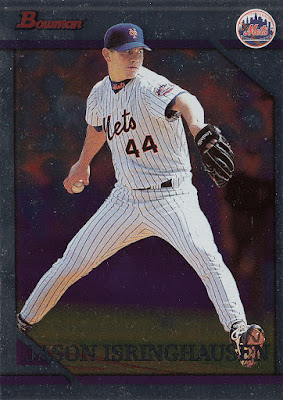 Jason Isringhausen, 1996 Bowman Foil.  These don't do much for me, but it's still a Mets card and, therefore, desirable. 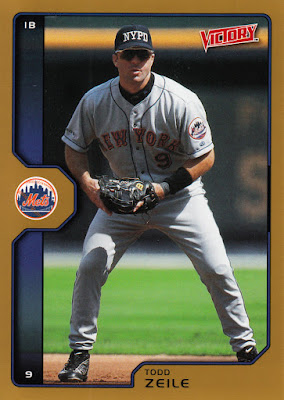 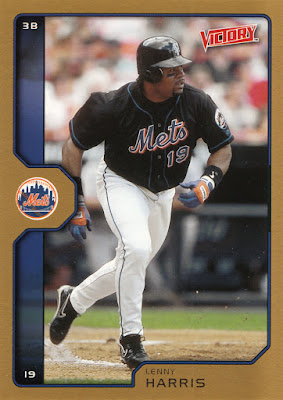 Todd Zeile and Lenny Harris, 2002 UD Victory Gold.  The Zeile is one of my favorites as it captures him wearing the cap of the NYPD in the wake of the 9/11 catastrophe.  And what can you say about good ol' Lenny?  So many clutch pinch hits during his lengthy career.

That's that.  A nice 'n easy trade offering plenty of variety: I'd call that a success!