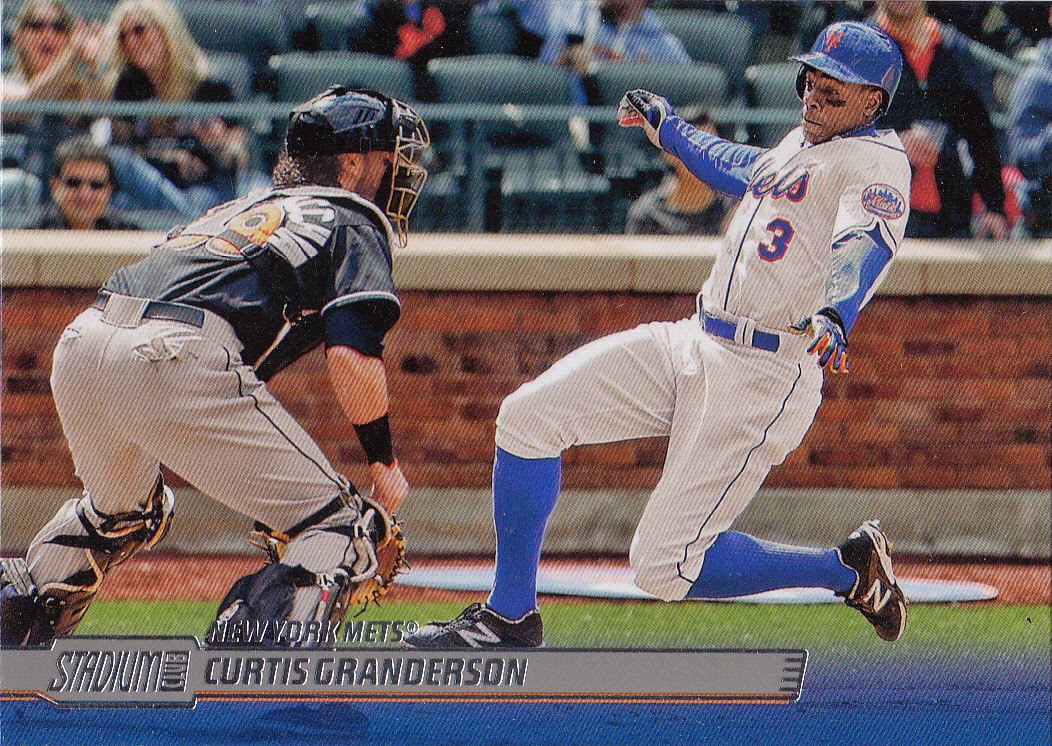 My first interaction with 2014 Stadium Club comes courtesy of eBay, as I found a reasonably priced seven-card Mets team set a couple weeks ago.  I couldn't wait to get the cards since I had been stalking various online auctions for a while.

In the ruins of a saturated marketplace, the re-launched Stadium Club might have lost much of its original novelty and allure as a high-end card (though Topps did its best to bring back this untouchable aura by pricing this incarnation of TSC right out of the budget of most common collectors).  But, there is still something special about this brand. 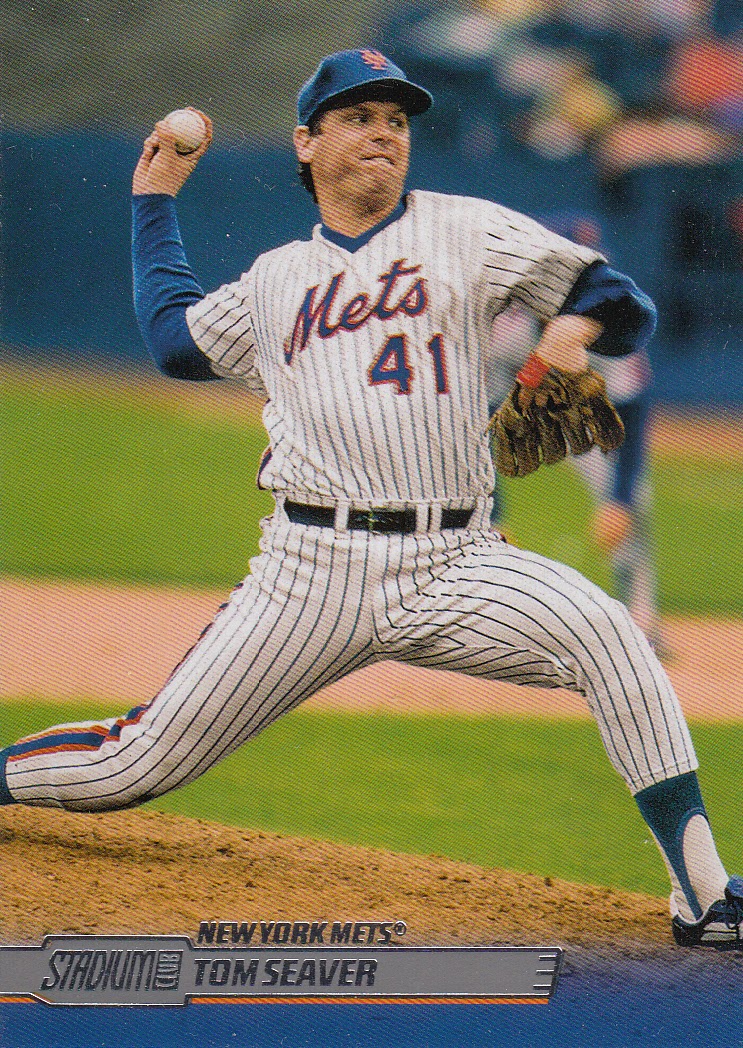 The cards, as expected, are nicely presented.  Sturdy card stock and full-bleed, vibrant photographs on the front are familiar hallmarks of this product.  That being stated, there is nothing extraordinary or progressive about the card design.  In fact, the look of these cards is very reminiscent of the last edition of Stadium Club from 2008. That's quite a far cry from TSC's "extreme" era of the mid 1990's, when Topps used this platform to push the boundaries of the hobby.

Nonetheless, I'm very happy to add these cards to my Mets collection. 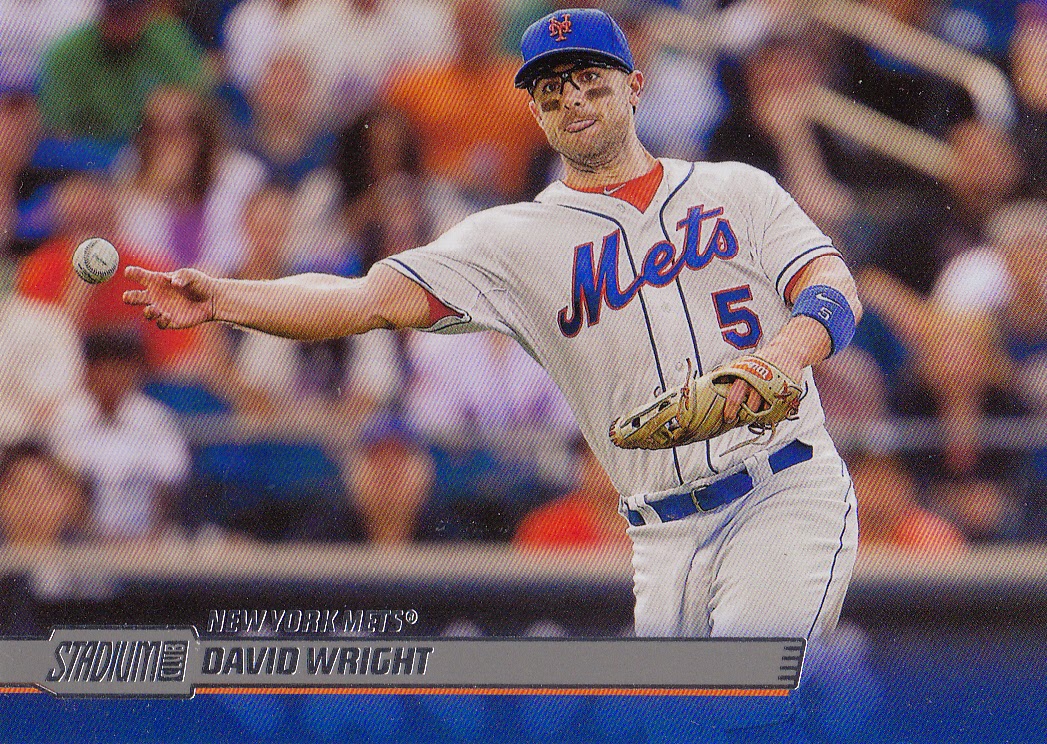 All the necessary players are on hand for the Mets checklist, including the Captain, David Wright, and even Hall of Famer Tom Seaver.  I think the two horizontal cards are the best of the lot, especially the Granderson at the head of the post. 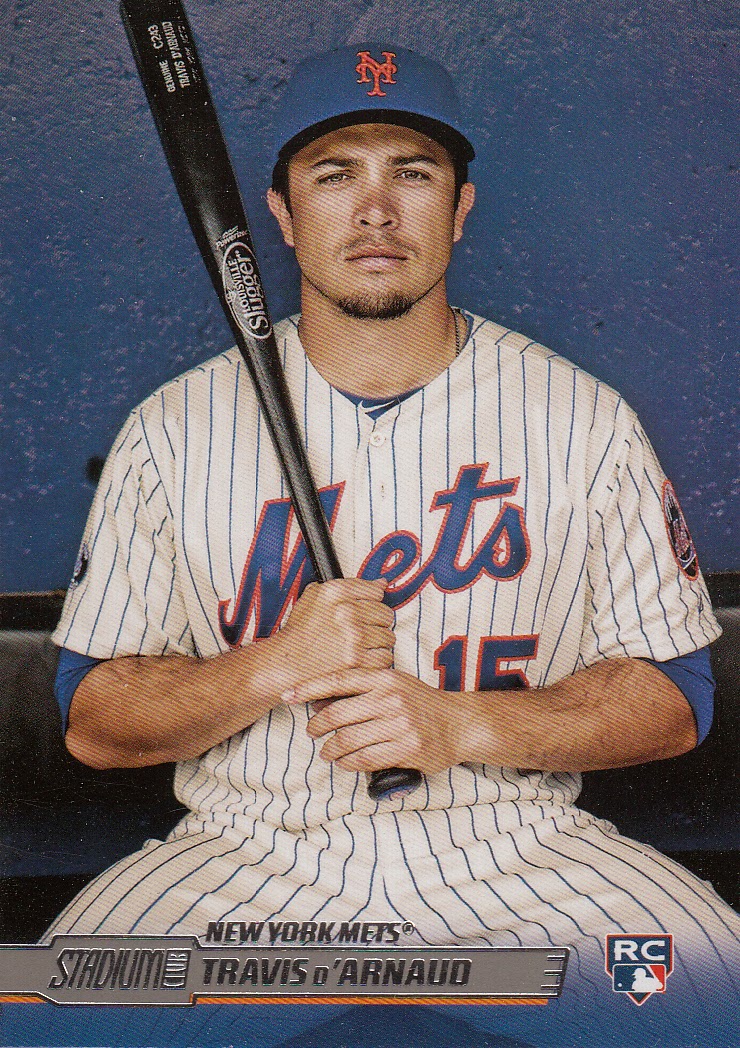 Though, I'm pretty sweet on this rookie of Travis d'Arnaud, who is quickly becoming my favorite current Met to collect. 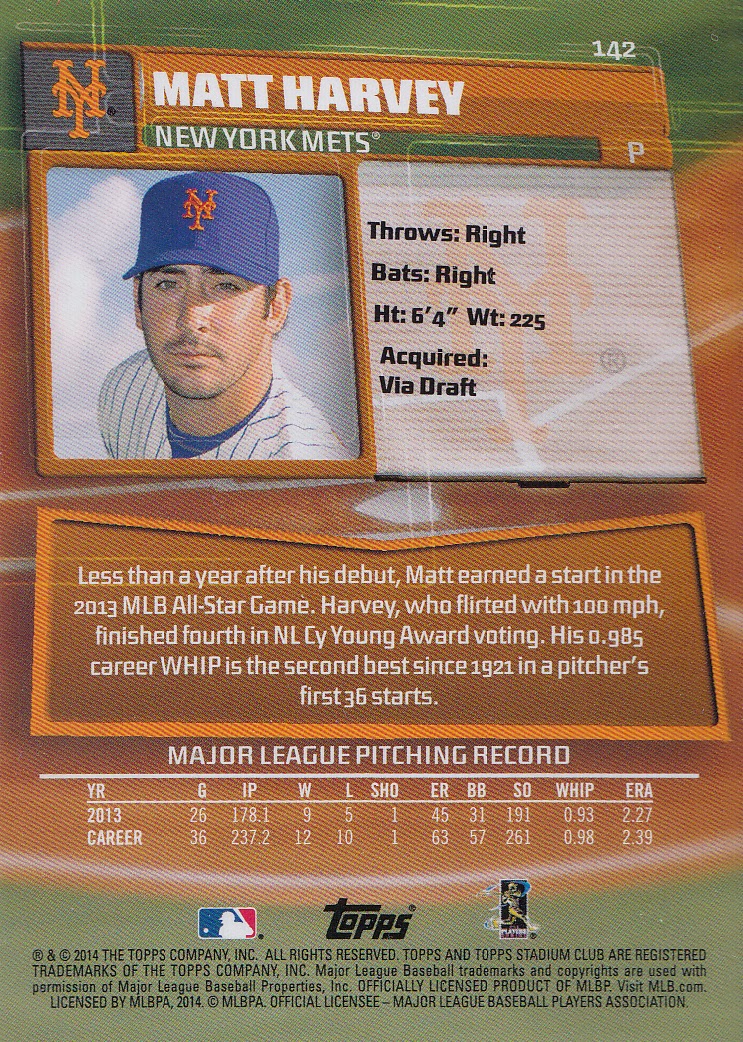 The card backs are pretty standard fare.  It would have been a nice surprise if Topps had revisited the roots of this brand and added a little image of the player's rookie card. 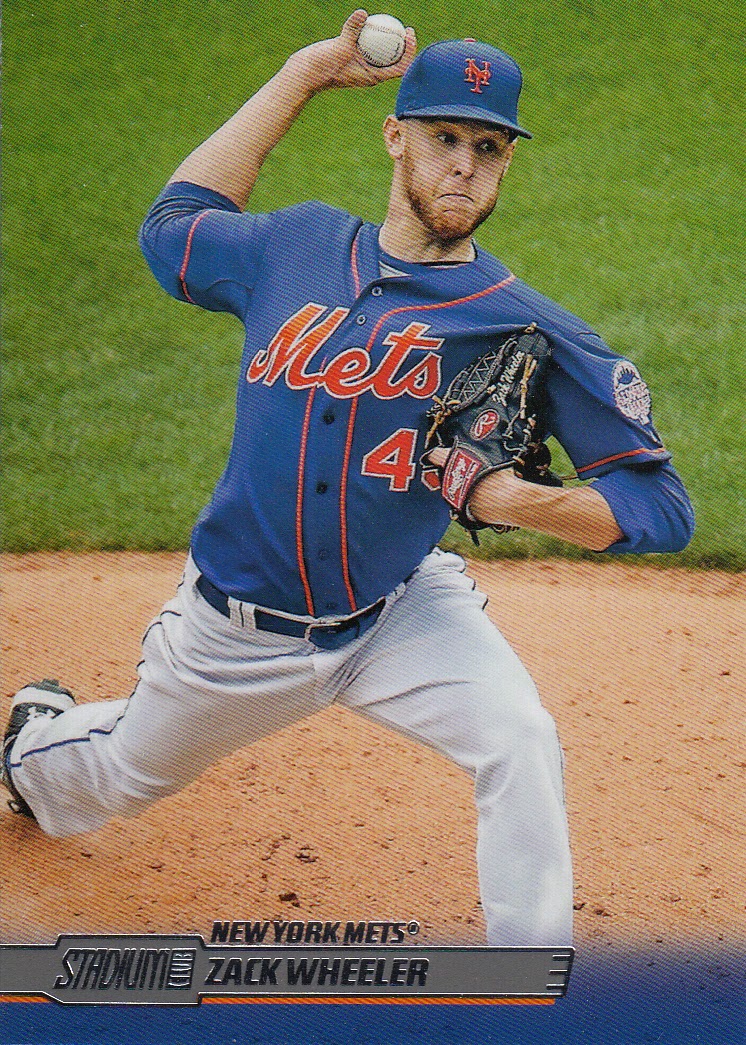 It was something of a relief that Topps didn't mindlessly recycle images for the majority of these cards.  With the exception of the Seaver and the Harvey (which, in protest, I did not show) the photos used on these cards are new.  As far as I can tell, anyhow. 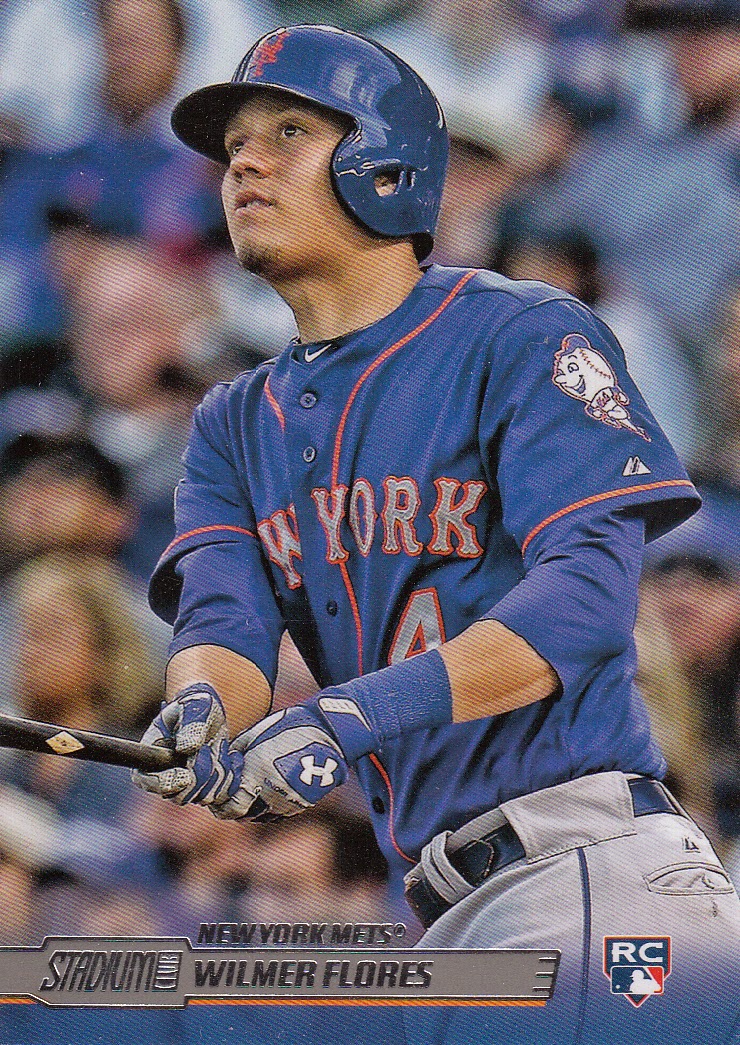 Topps continues its insistence on including Wilmer Flores in its periphery sets., which is fine I guess, if not a bit puzzling.  He's a 'prospect' technically, but not to the degree that he ought to be a slam dunk to be on the team checklist for Archives, Stadium Club, GQ, etc.  Hey, whatever.

All in all, I'm pretty satisfied with the reborn Stadium Club.  My only wish for future releases of this brand would be for Topps to make it more accessible and more affordable for us little guys.

Then again, the latter was never exactly a characteristic of TSC in the first place.