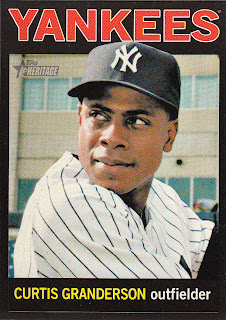 Over the weekend I received a pretty cool PWE from Zach in Colorado, better known as the Underdog Card Collector.  I totally forgot that I had sent him a bunch of 2012 Heritage cards a while back, and this special delivery was his way of saying thanks.

I'm alwas a happy camper when black-bordered parallels from Heritage are involved in any sort of exchange, and that's exactly what came my way on this occasion.  The above Granderson was joined by two other cards from the same Target-exclusive parallel set. 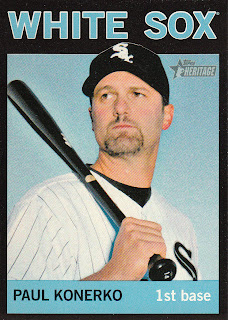 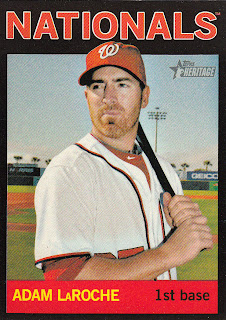 These are the cards you get when you buy one of those fun three-pack blister packages from the Bulls-eye retailer.  Three cards per blister pack.  I'm not cavalier enough to attempt to gather all the cards from that checklist, but I'd like to get as many of them as possible.  So, these cards were obviously great pick-ups.

And, for good measure, Zach included a 2013 GQ card of a guy who gave Nats fans quite a scare yesterday... 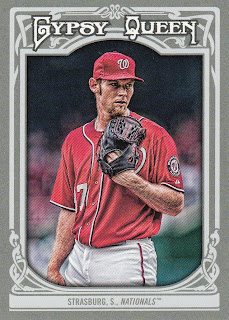 It seems the forearm tightness that Stras was feeling during Monday's start ain't nothin' at all, as the Washington ace has already proclaimed himself "fine" and ready for his next start this weekend.  For the good of the franchise as well as those of us who enjoy watching the guy pitch, hopefully this ins't just lip service.  And, by the way, this is a fine-looking card!