The best news of the collecting season -- at least as far as I'm concerned -- came via Night Owl's blog earlier this week: Heritage blister packs are back for 2014!

I was beginning to doubt whether or not these bad boys would be employed by Topps this year, as Heritage has been out for well over a month without a blister sighting.  But, the Owl's report gave me hope that my local Target would have 'em in stock.

Usually, the Target in my area is a day late and a dollar short when it comes to stocking new trading cards in a timely fashion.  To my astonishment, however, a visit to the Bullseye on Tuesday afternoon proved worthwhile, as there were six three-pack blister packages in stock.  Without much thought, I scooped up all six and hustled on over to the register.

What can I say, I'm all about Heritage parallels, especially the black-bordered bonus cards that you can only get in these packages. 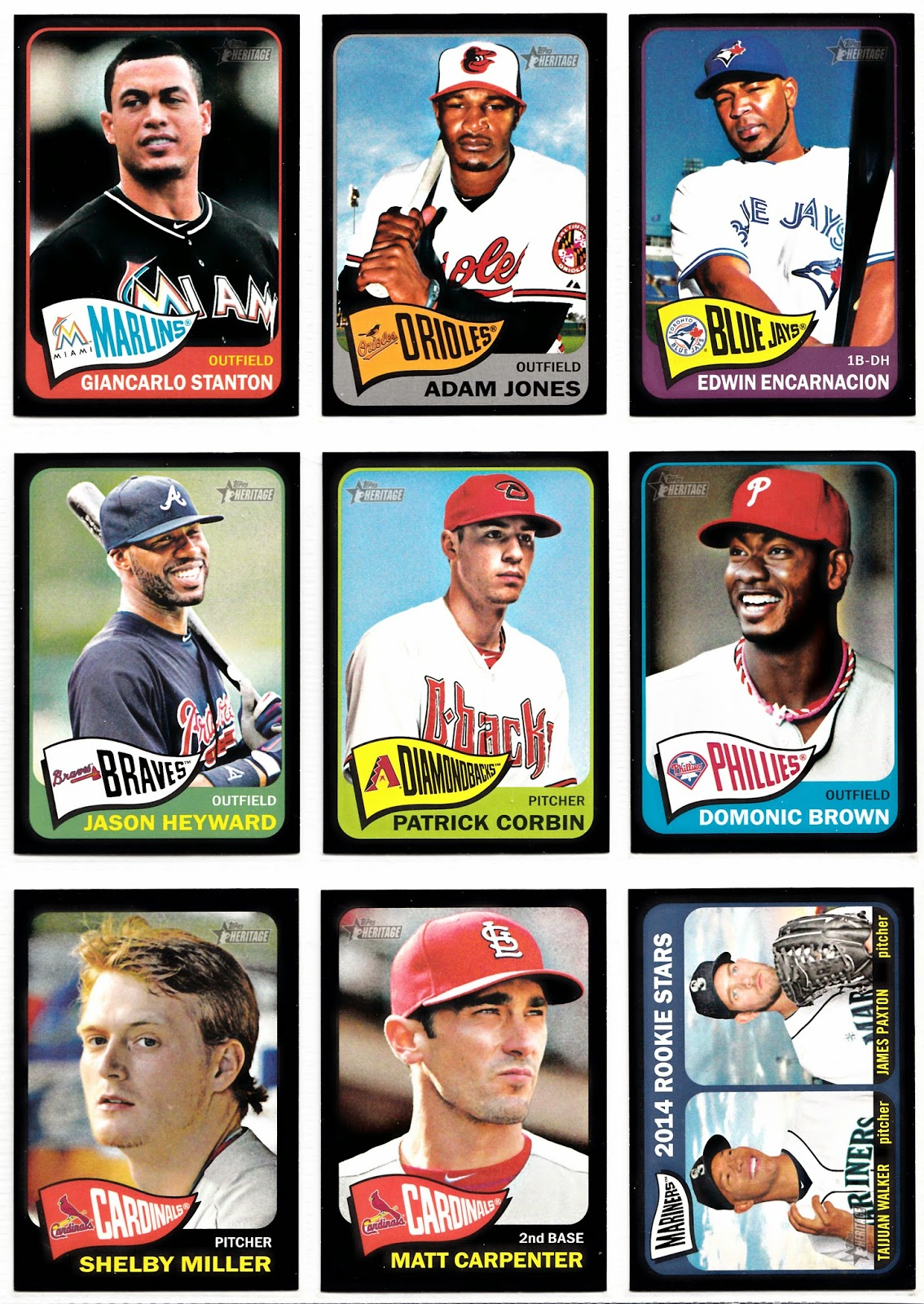 For my money, a bundle of blisters beats buying a box.  [Ed. Note: A-plus for alliteration!]  I'd rather have the special parallel versions of the cards than, say, a Russell Martin relic or a color/jersey/logo variation card.  That's just me, though, and I've been told I'm strange.

But, look how great this year's black parallels look.  Totally worth the burden of taking on the boatload of base card duplicates that comes along with buying retail. 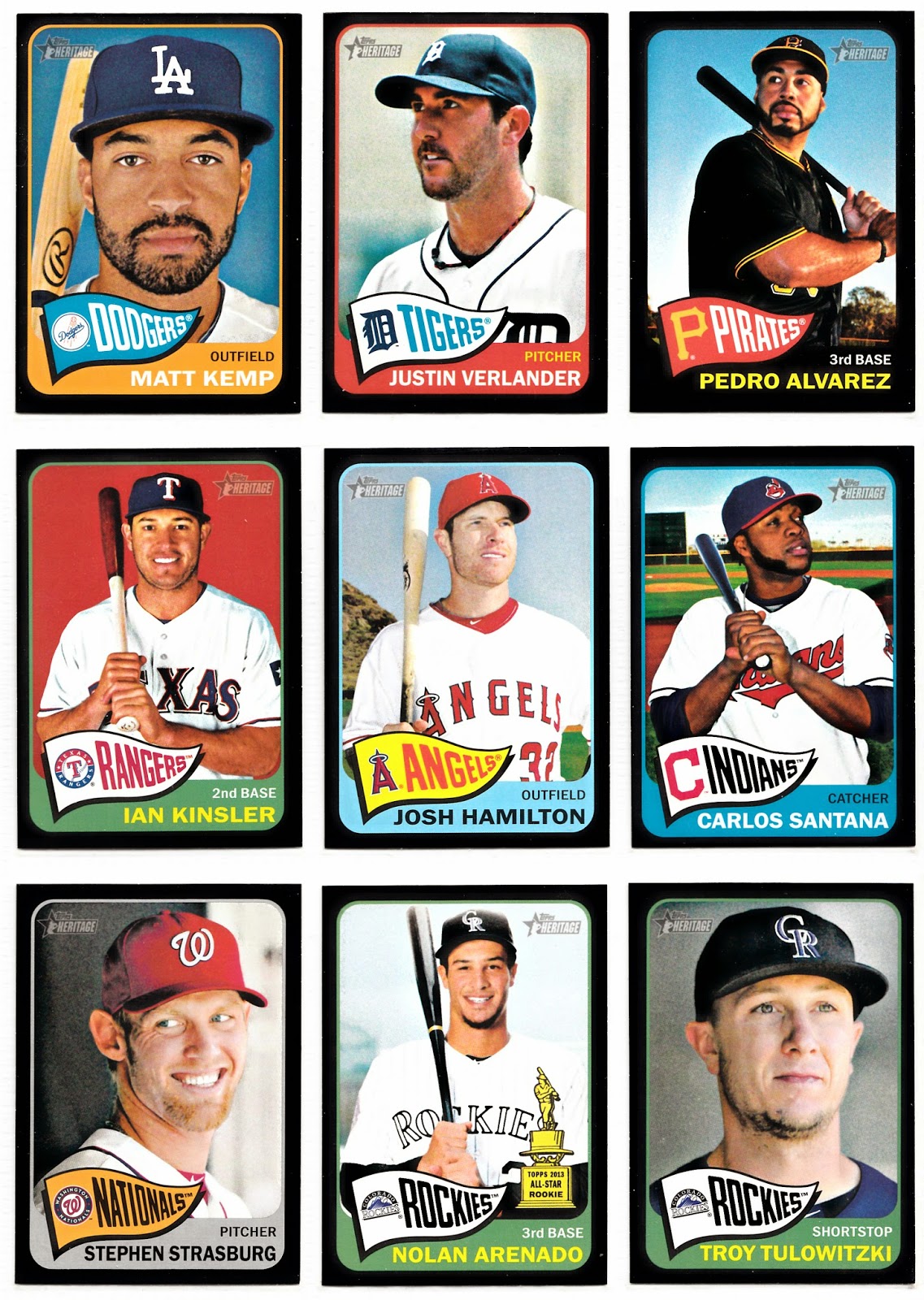 And, look Ma, no duplicates!  Two full pages -- 18 cards -- of black bordered goodness.  The Stanton and the Arenado are my two favorite of the lot.  But all of them are lovable in their own special ways.

While these surely were the highlights of my purchase, I also managed a pair of chrome cards which won't be staying with me for too much longer. 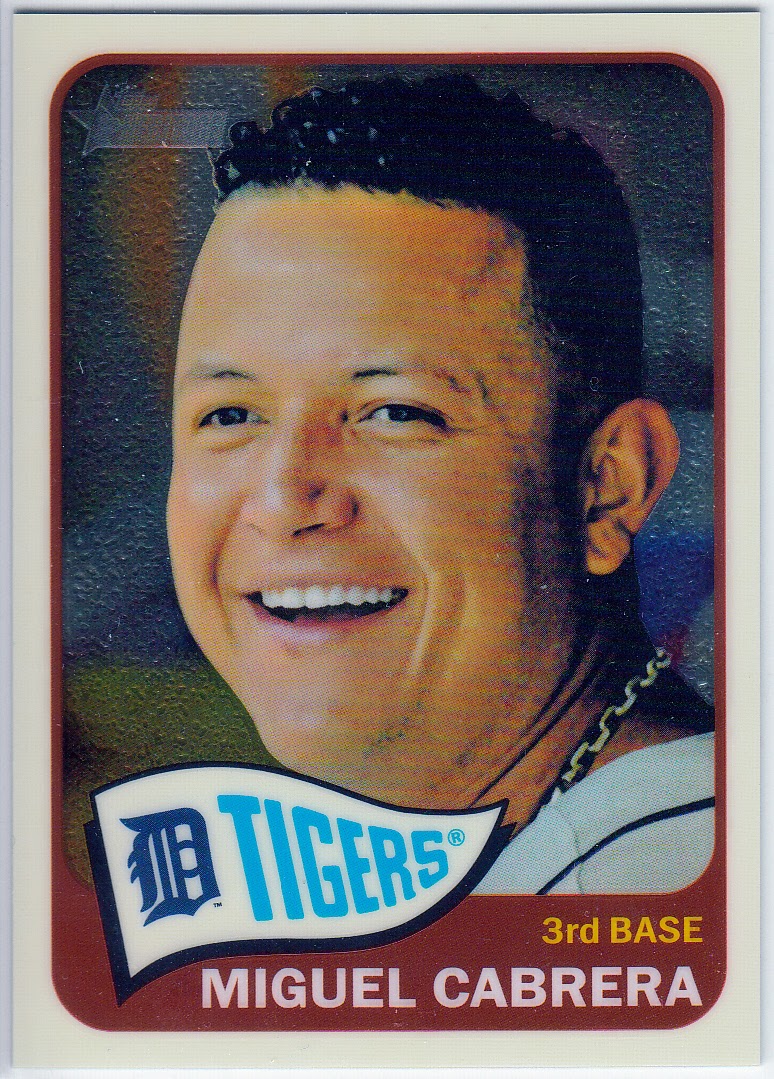 This one will be heading to Pat at Hot Corner Cards, since he's been so good to me with Mets inserts and parallels over the past year or so.  By the way, we need to get Miggy's bat going pronto, since he's on my fantasy team this year (in case anyone cares).  He homered Tuesday night, which is a good start. 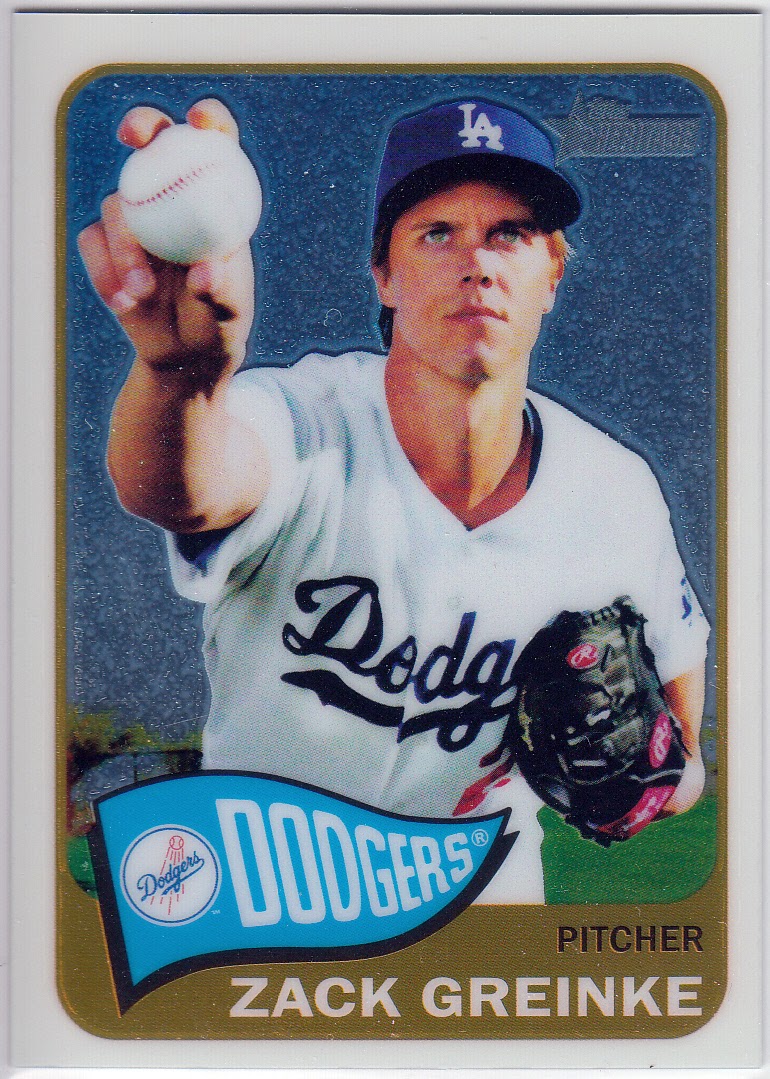 I don't think I'll have much issue finding a home for this one, considering the hoards of Dodgers bloggers and collectors out there.

And, as far as the short prints, I had pretty meh results on that front.  According to the stated odds, I shoulda gotten six SPs, but only wound up with five.  I guess getting two chrome parallels threw a wrench into the equation.  I'll survive. 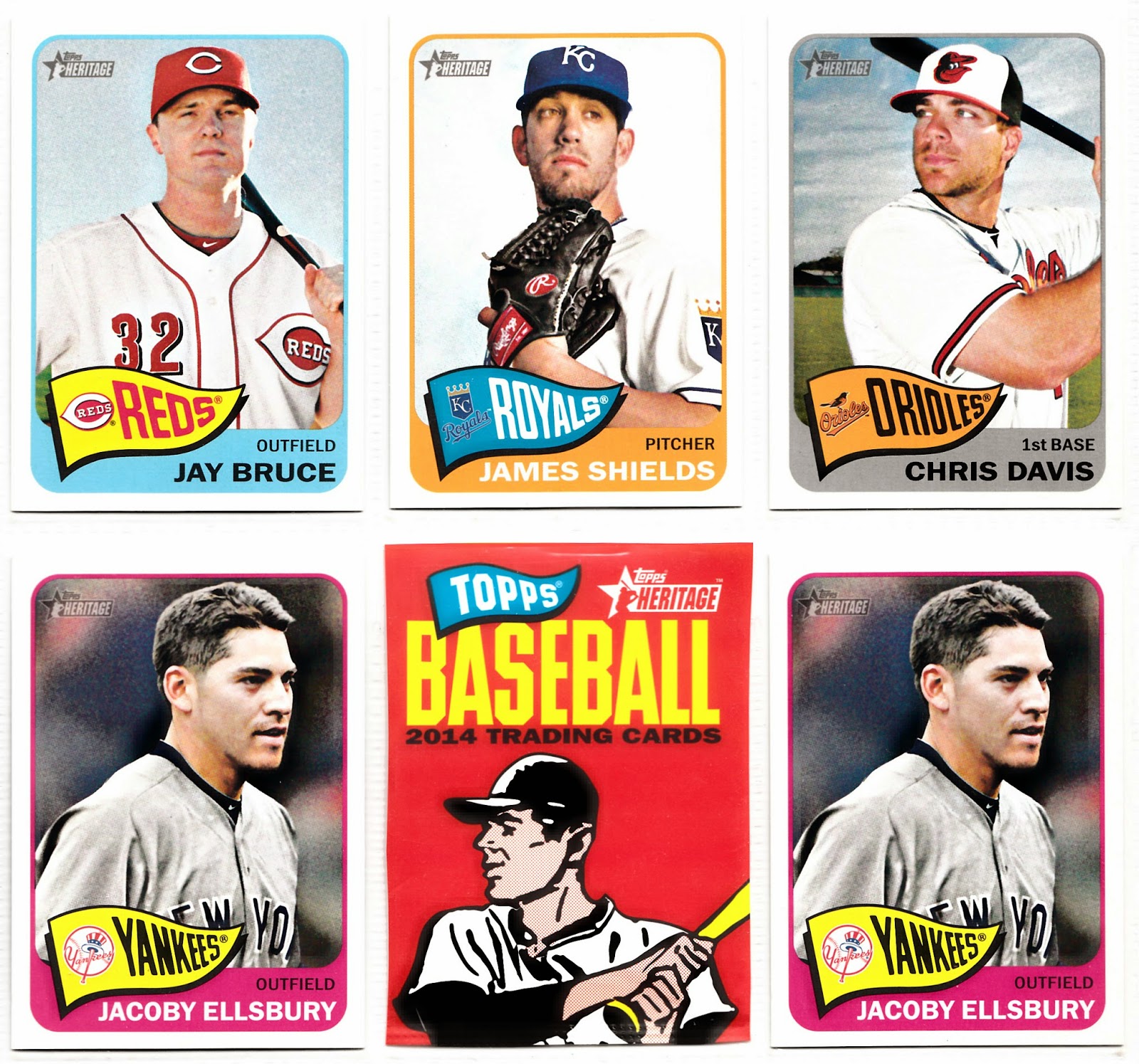 Needed the Bruce, Davis and Ellsbury cards.  So that's good.  Already had the Shields and didn't need two Jacobys.  That's not so good, but certainly not irreparable.  If any fellow Heritage collectors out there need either the Shields or Ellsbury (or both), let me know and maybe we can work out an SP exchange.