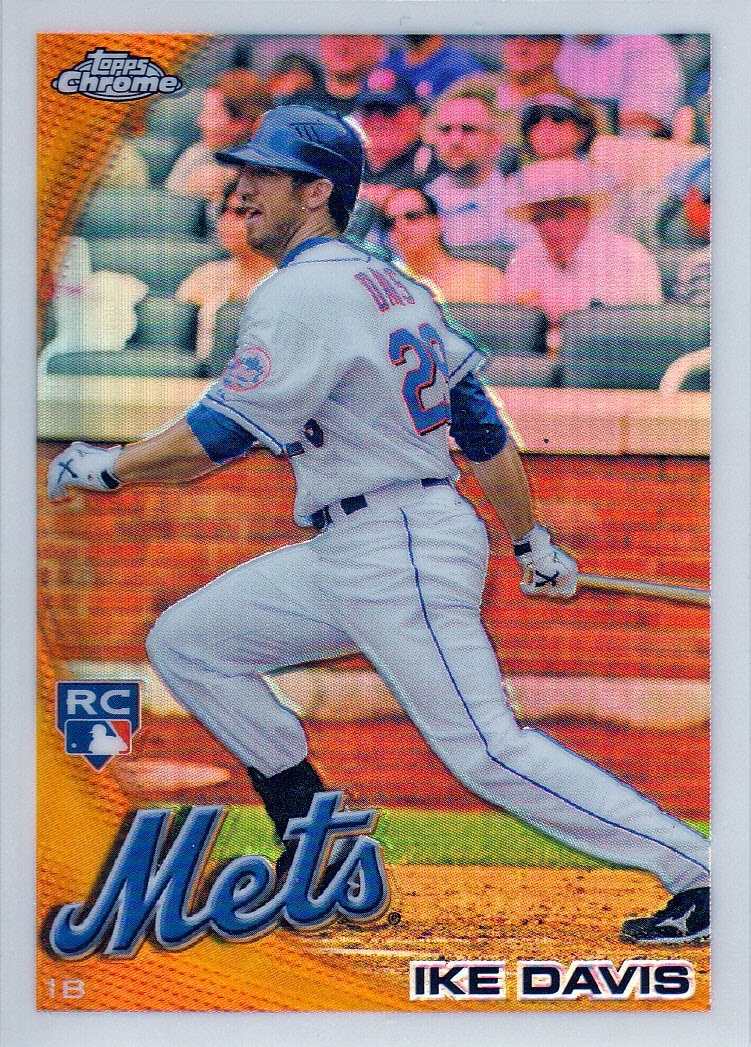 This weekend has been way too busy and it's very nearly over.  I worked Friday night and was out from 4 a.m. through 11 p.m. Saturday as a chaperone for a school trip, so I've missed a lot of baseball.

One of those things I missed was Ike Davis' pinch-hit, walk-off grand slam on Saturday afternoon, lifting the Mets to a 6-3 victory over Cincinnati.  It was the second walk-off PH grannie in Mets history, as Davis jotted his name next to Tim Teufel's [Ed. Note: Wow, really?!] in that regard.

To celebrate, I broke out Ike's 2010 Topps Chrome wrapper redemption refractor.  This card is part of a special 15-card variation set that was issued to collectors who mailed in a butt-load of 2010 Chrome wrappers.  I never opened a pack of 2010 Chrome; rather I bought the redemption set off eBay a couple years ago.  A pretty good lineup of players, including rookies of Strasburg, Posey and Stanton plus HOFers like Cobb, Ruth and Robinson.

Aside from Ike's special delivery, Jeff W. from 2x3 Heroes also delivered the goods with a PWE a few days ago. He was cleaning off his desk and found a few things I needed off my want lists.  His proclivity (or lack thereof?) for housecleaning was my gain, as it netted me a pair of cards I was desperately lacking from my 2013 Heritage base set. 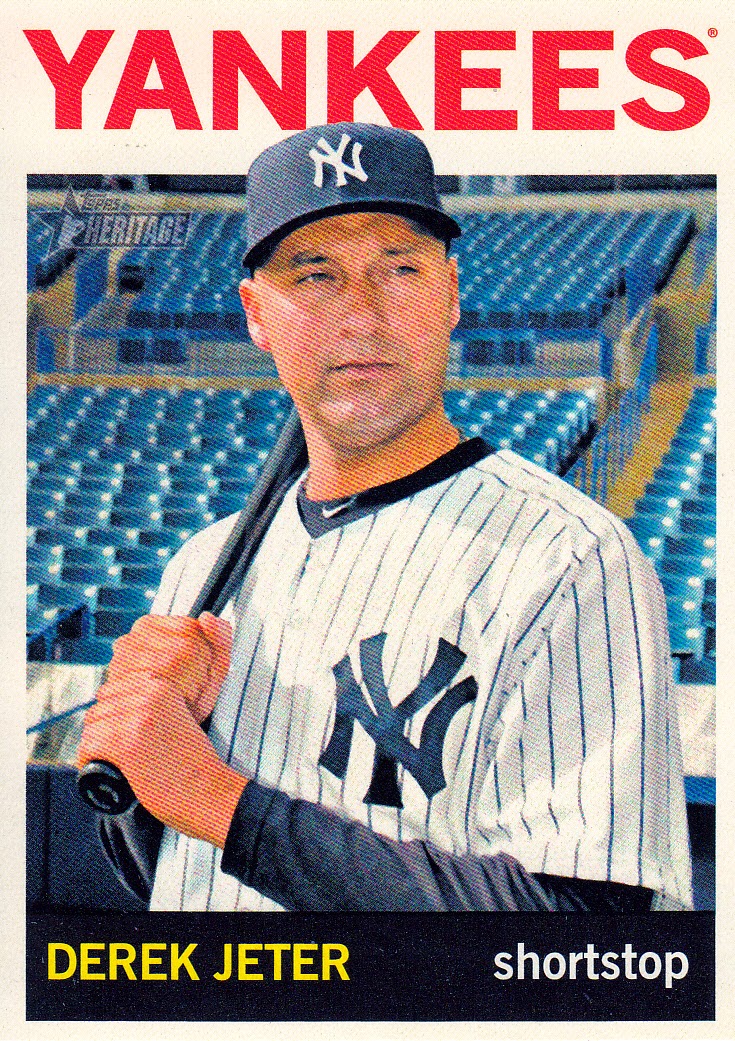 It's funny, I long ago found the "action" variation of Derek Jeter's base card in a discount box.  I didn't think it would take me so long to get the regular version.  I can wipe my brow now that it's secured in the binder.  By the way, Jeter leapfrogged Paul Molitor into 8th on the all-time base hits list Sunday afternoon, so it was a pretty memorable day for the New York captain. 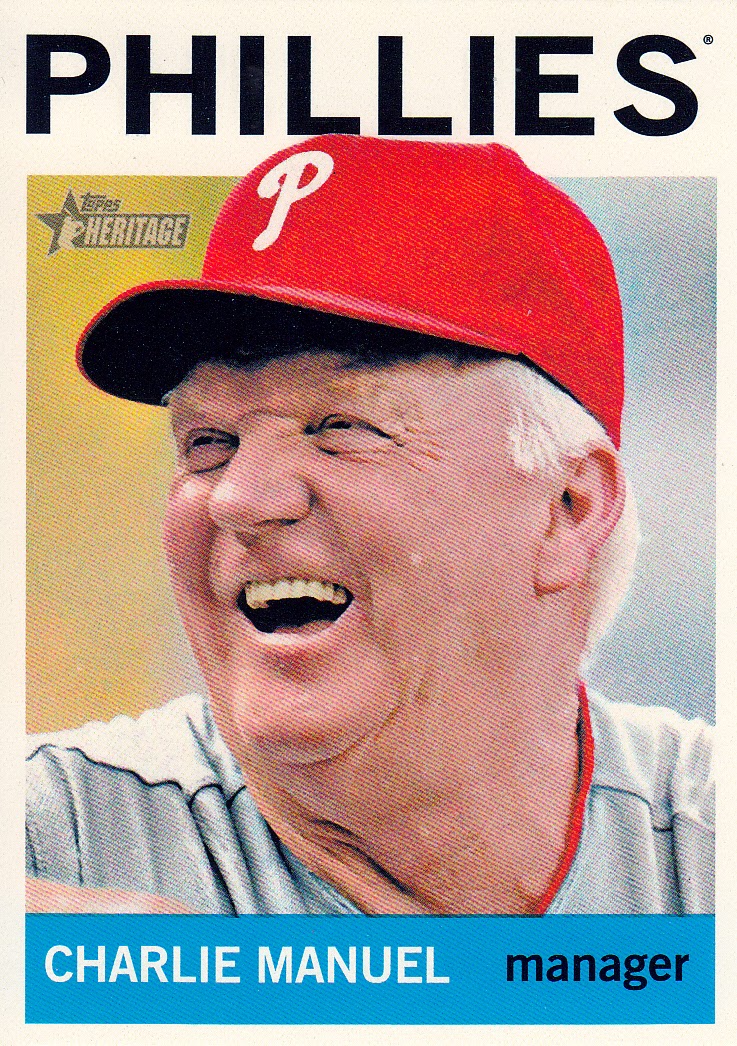 Oh Charlie.  I hope wherever you are, you're still upkeeping your West Virginia sense of humor.  By the way, it's a real downer when you're down to a handful a cards needed to complete a set...and one or more of them is a manager.

Thankfully, my '13 Heritage base card want list is down to a single card -- Dominic Brown (#135).  If you've got a spare copy available for trade, please let me know! 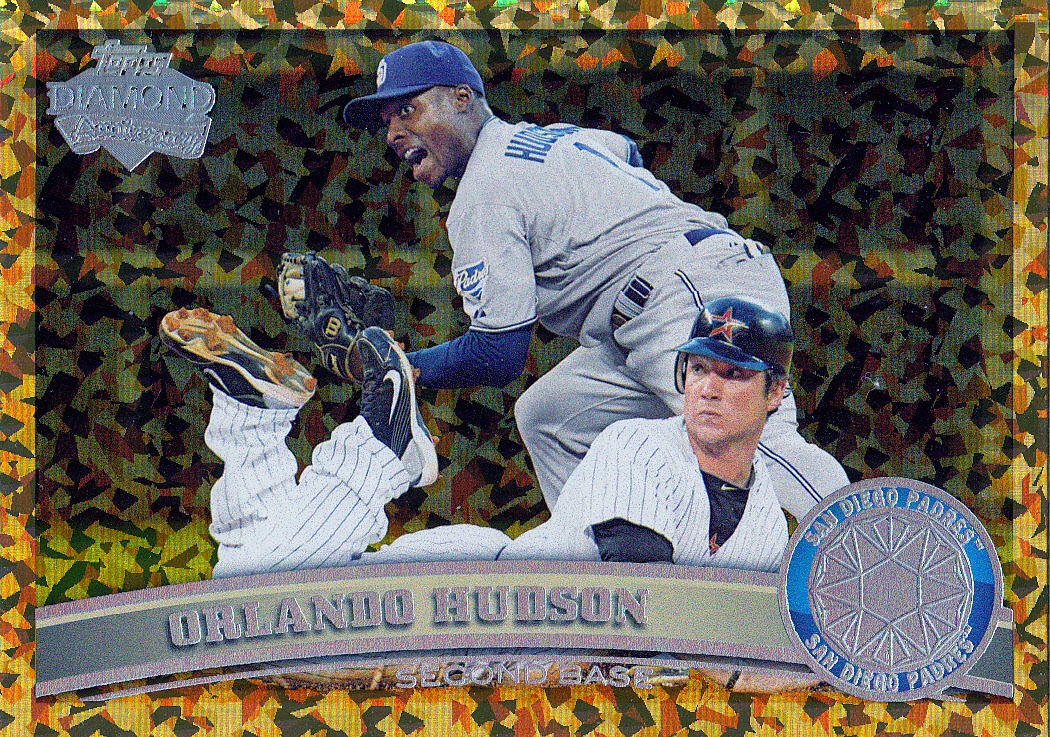 Ah, but the envelope from Jeff also contained cards of the cognac variety, as in 2011 Topps Cognac parallels. 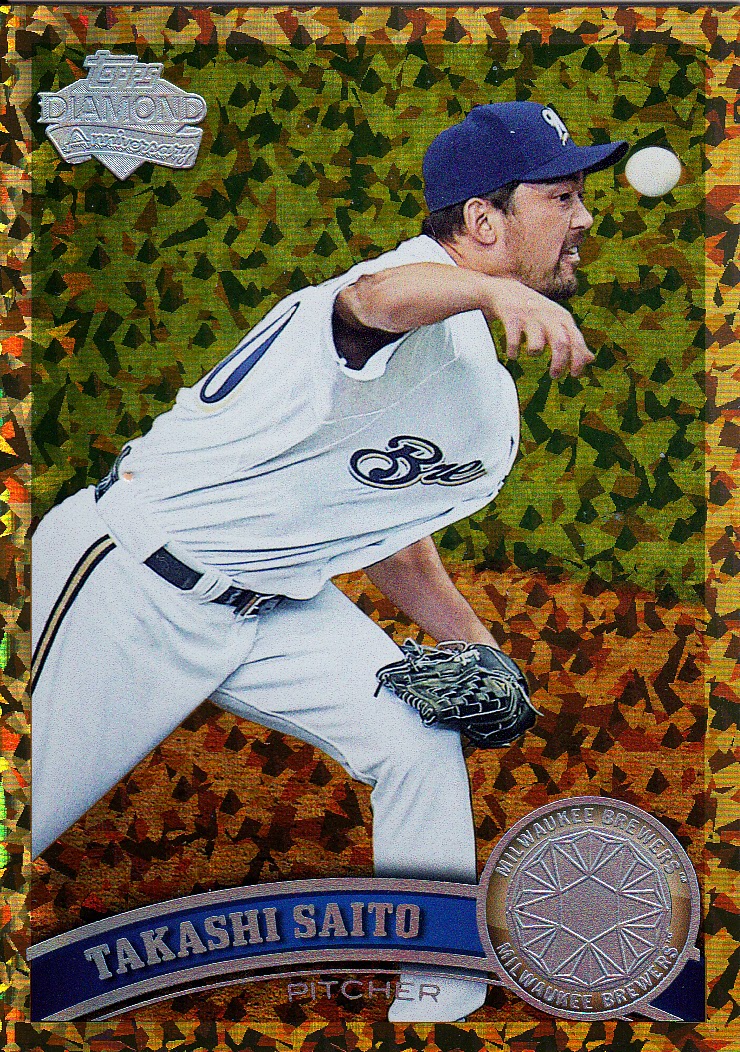 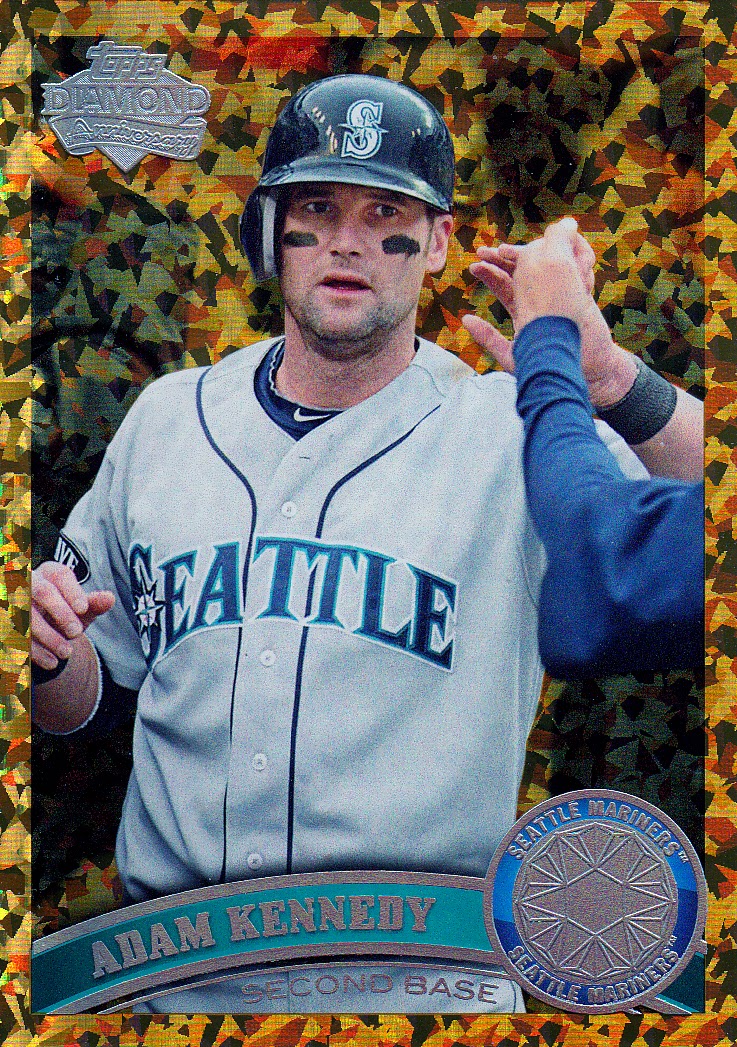 From time to time I consider whether to keep collecting these things.  I'm never going to gather all 990 cards to make a complete parallel 2011 set, so what's the point? 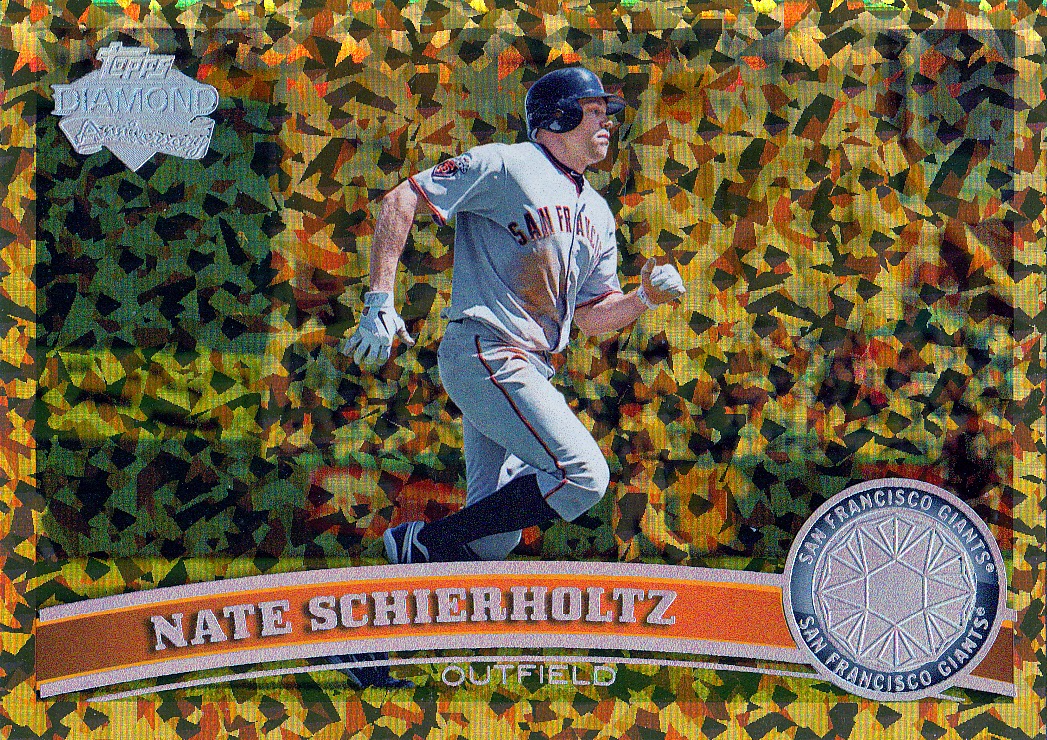 Then again, look how amazing these things are.  I enjoy finding them and trading for them and receiving them, so why should I abandon ship?  Perhaps working on an ambitious and never-ending project like this will do well for my OCD...as in helping to curb it some.

A tip of the hat, Jeff.  Thanks for the cards!