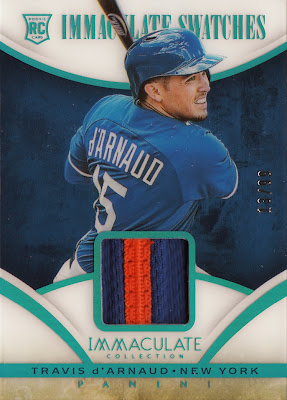 My main man Shane of Shoebox Legends fame treated me to a double play of sorts recently.  Not only did I receive a customary PWE, but he also dropped a pretty sensational yellow mailer on me which contained some very flashy cardboard.

For starters, the contents of the yellow mailer.  Check out the swatch on that TdA card: Is that sick or what?! And the card is as thick as brick.  Oh, and it also happens to be numbered to 99.  Hands down, this leaps to the top of my d'Arnaud collection.  What a card! 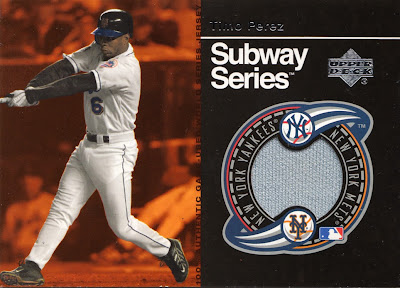 Here's some more fabric; this time Subway Series style!  A pretty awesome jersey card of Timo Perez from 2001 Upper Deck.  I remember Timo equally for his torrid production in the 2000 NLCS and his bonehead base-running in Game 1 of the Fall Classic at Yankee Stadium, which cost the Mets what wound up being a huge run. Nevertheless, this card rocks! 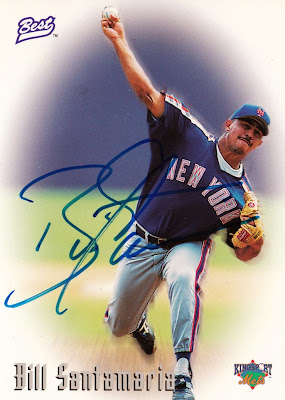 Here's some minor league ink.  My first card of Bill Santamaria, as well.  A former 27th round draft pick out of Lakewood, NJ, Santamaria never rose above A-ball in four years of pro ball.  On this card, he's depicted a Kingsport Met, which is New York's Appalachian League affiliate to this day.

And the final card from this epic mailer... 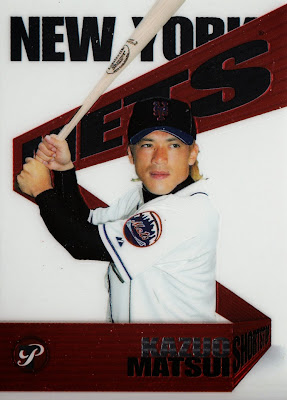 A Topps Pristine numbered rookie of Japanese import Kaz Matsui.  This was a confusing set, as it seems the rookies got three cards each in the checklist -- a common, an uncommon and a rare version, each numbered. This would be the uncommon, of which there are 999 copies.

A very cool quartet of cards!  Oh, and I should also mention that the mailer included a couple of early-90s hockey packs (I got an Eric Lindros rookie!) and a Panini Triple Play baseball pack, the latter of which has been added to my son's unopened pack collection.

This package would have been tremendous on its own, but Shane didn't stop there and continued our ongoing PWE swap with a pretty nifty nine-spot of cards. 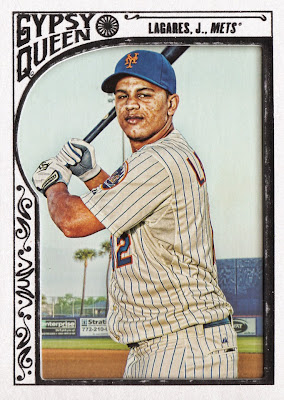 I love these framed Gypsy Queen cards!  And, even though he couldn't hit a grapefruit these days, Juan Lagares is still my boy, and I'm confident he'll get his groove back soon.  Shane also included a copy of Juan's '15 GQ base card, which I had already collected while the PWE was in transit.  Hey, it happens sometimes!  I still appreciate it! 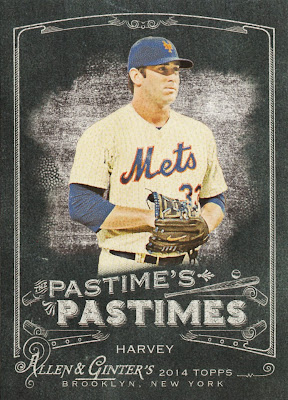 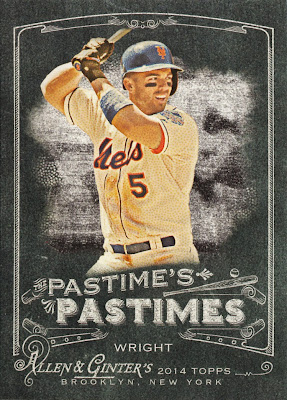 The premise is somewhat weak, but I really dig the look of these '14 A&G inserts.  Very chalkboard-y.  This would be a really sharp look for an entire set, Topps.  Get on that! 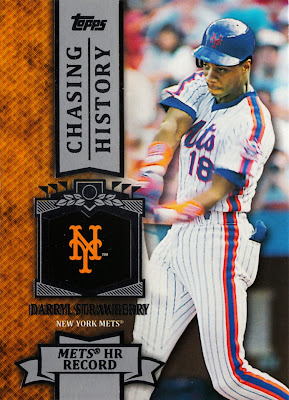 This is one of those cards where I'm like, "I think I already have this."  Then I check Zistle and I'm like, "Oh, snap, I didn't have this after all."  Thank God for Zistle!  By the way, Straw is still 21 homers ahead of David Wright on the franchise home run list. 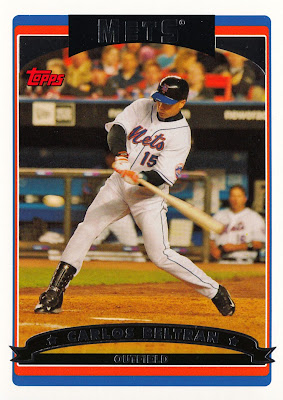 In the same vain as the previous card, I was shocked to find that I didn't already own this one.  2006 Topps is a set that I'm still on the fence about.  I think it depends on the day or my mood or what I had for dinner.  It's a tad gaudy with all the colors and border elements.  And I don't like the red Topps logo.  But, it's certainly not terrible. 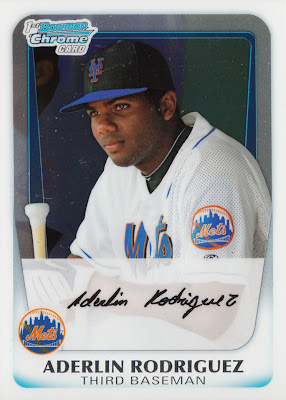 My first Aderlin card.  He's still in the Mets system, playing at Double-A Binghamton of the Eastern League.  He hit 17 and 24 home runs in 2011 and 2012, respectively, but has kinda flamed out since then.  He's presently batting .234 with three homers and 18 RBIs for the B-Mets. 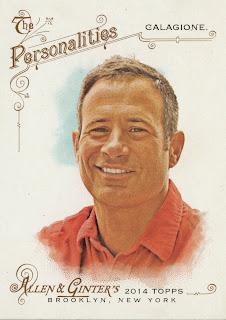 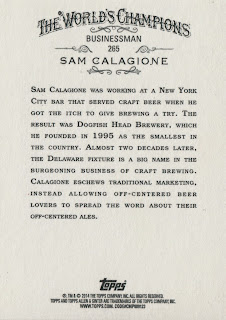 Dogfish Head is kind of a big deal in my adopted home state of Delaware.  Then again, in my eight-plus years of living here, I've never had the stuff.  That's pretty embarrassing to admit, but there it is.  I think I'll maybe pick up a sixer of the stuff for the holiday weekend just to make good on that blunder.

As usual, top-shelf stuff from Shane.  Thanks for the awesome loot, bud!