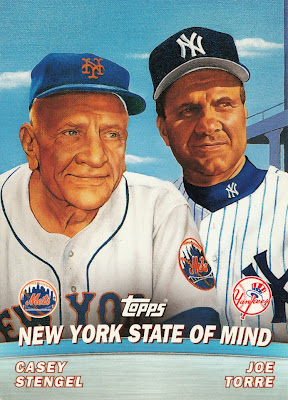 It's pretty cool to me that total strangers take the time to not only read the ramblings on this blog occasionally, but also will explore my want lists from time to time to ascertain whether or a not a trade could be brewed up.

In this recent case, Paul from Oradell, NJ (which, for those who are not familiar with Jersey geography, is waaaay up there, even further north than the City) emailed me out of the blue about a random exchange of a handful of cards.  On my end, I'd be receiving some Mets as well as some cards to assist a few set-collecting needs.

I was probably most intrigued by the Stengel/Torre Classic Combos card you see above.  From 2001 Topps, it features a pair of very famous New York skippers, both of who managed each of the two teams in town.  Both also accumulated a few World Series rings from what I'm told.

And then a pair of franchise cornerstones, if you will... 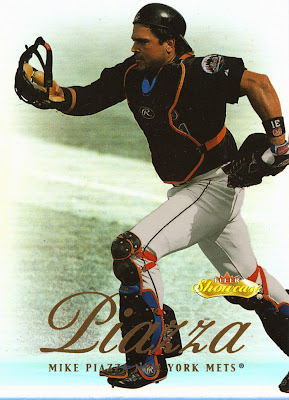 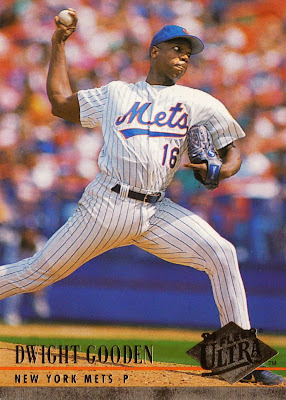 Did you guys partake in voting for the MLB's "Franchise Four" thingie?  I did because I thought it was a fun idea. I really enjoyed looking at the lists of players for each franchise, seeing which team would be the toughest. Obviously, the Yankees were rough with all their HOFers and legends, but the Mets weren't exactly easy, either. I believe I wound up choosing Piazza, Strawberry, Wright and, naturally, Tom Seaver.  That means I had to leave out Keith Hernandez, Gary Carter, John Franco and Doc.  Like I said, tough! 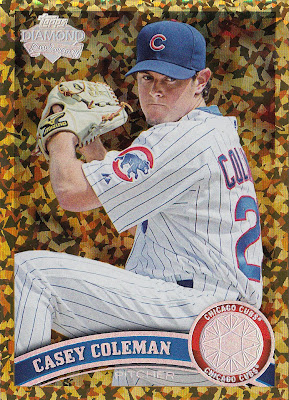 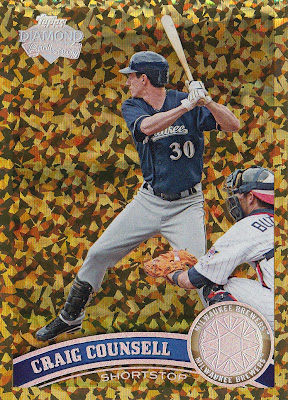 A couple of Cognac parallels from 2011 Update Topps that I was missing.  Hell, I'm missing mostly all of them! This is one, as I've stated before, that isn't seriously being pursued til completion since I'd have to amass 990 cards, including a Trout rookie.  Translation: Not gonna do it!  But, I still like getting new Cognac cards just the same. 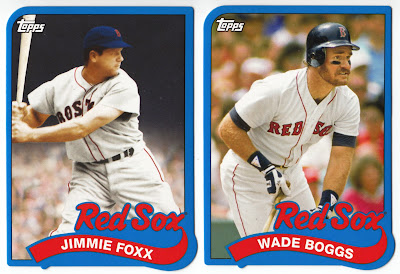 And we finish up with a duo of Red Sox towards the '89 Topps die cut mini inserts from last year's flagship and Update release.  I really would like to get all 150 cards from this insert set, as '89 Topps is the favorite set from my childhood.  It's taking a long time and I have many cards to go, but it's good to knock out a couple anyhow.

Paul, thanks for being out there and checking in with my humble blog.  These are all great additions to my collection!