Cards from Cards on Cards 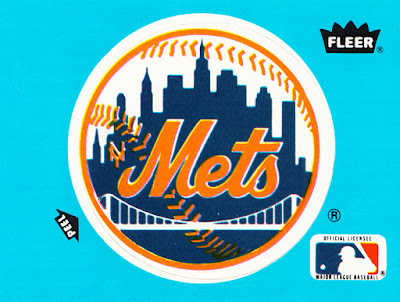 A week or two back, I received a surprise package from Kerry at Cards on Cards.  It had a little bit of old, a little bit of new, and even a little bit of basketball!  I'm thankful for Kerry since he is pretty much my only consistent Celtics card pipeline. 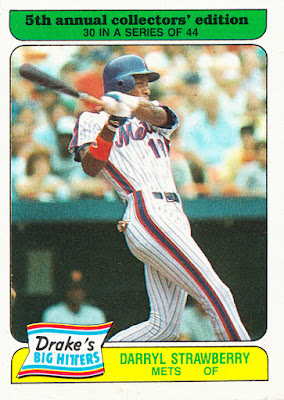 There are so many great oddballs out there, but very few capture my attention and affection the way the Drake's cards do.  Great action shot of Straw taking a mighty rip at a pitch. 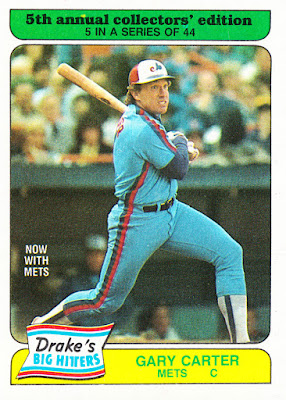 At first glance you'll chalk this Carter up as an Expos card, but note the "Now With Mets" in the bottom left corner of the photo and the "Mets" team name within the yellow text box. 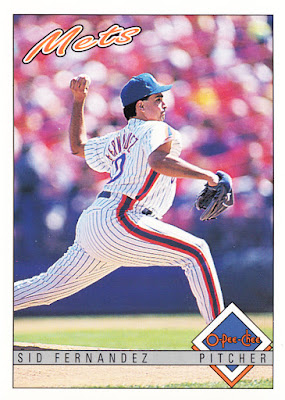 In 1993, O-Pee-Chee produced their flagship set as well as a "Premier" product.  This card of El Sid is from the former.  It marks the first time OPC deviated from mimicking that year's Topps base design. 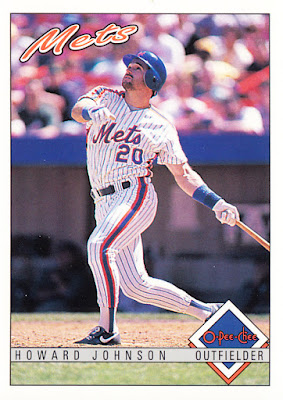 In my estimation, this is a pretty solid design.  These are my first two '93 OPC cards and I will certainly look to track down all the other Mets from this set. 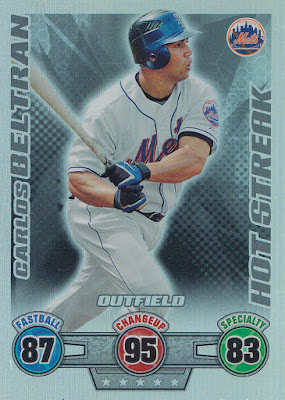 Some foil-y 2009 Topps Attax action featuring Carlos Beltran.  I know this probably goes against every fiber of my being, but I hope the Yankees make the postseason.  And why would I dare hope for this?  Because Carlos Beltran + playoff baseball = Big home runs.  (I make no apologies for still being a Beltran fan!) 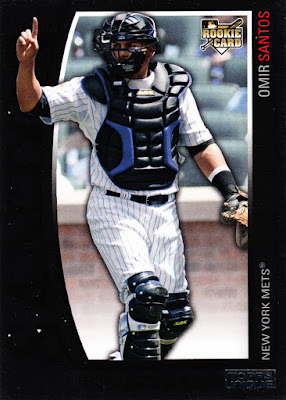 This is a pretty neat rookie card of former Mets backstop Omir Santos.  Apparently, Topps Unique numbered their base rookie cards to 2,699 copies each.  The downside to these cards?  The black framing is very susceptible to chipping, even on the surface (as you can tell on the scan). 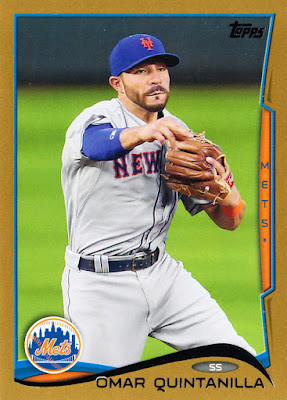 Along with EY Jr., Omar is one of my favorite part-time Mets from this decade.  He never did anything extraordinary, but was just a solid shortstop and could handle the bat well enough relative to his place in the baseball universe.  But, more than that, he stands alone in Mets annals as the only 'Q' last name. 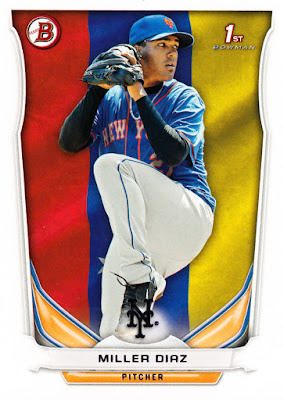 Another of those cool "Hometown" parallels from 2014 Bowman.  Love these things!  Diaz, a native of Venezuela, is presently pitching for Advanced-A St. Lucie where he is 5-11 with a 4.36 ERA. 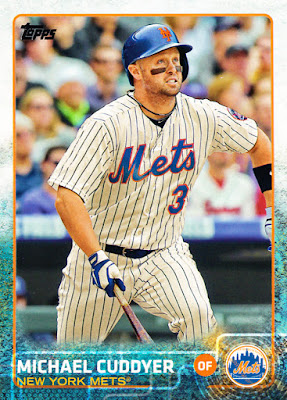 Would you believe I have not ripped one pack of Series 2 Topps from this year?  I've purchased one pack, but that one is for my son's pack collection.  As I did last year, I plan on picking up the factory set.  I know that means I miss out on the chance for parallels and inserts and autos and variations, etc.  But, I'd rather just keep my ducats for card shows, eBay and Just Commons to satisfy my itch for those things. 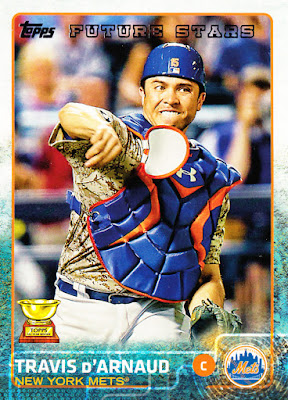 That's where your fellow blogger comes into play, too.  Great collectors/bloggers like Kerry always seem to be there to help fill in the gaps. 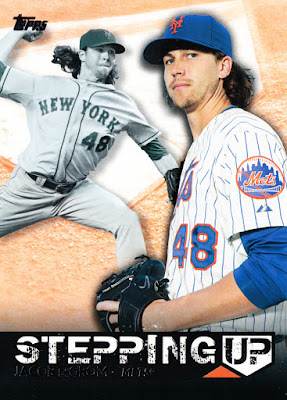 That includes the inserts.  Pretty standard fare here for Topps, but at least they are getting better. 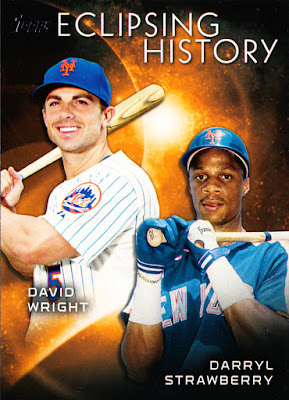 It sure is nice to have David Wright back on the active Mets roster.

Oh, and I mentioned Celtics cards.  Kerry always manages to include a nice helping of C's cards with his mailings.  Of course, that includes Larry Legend! 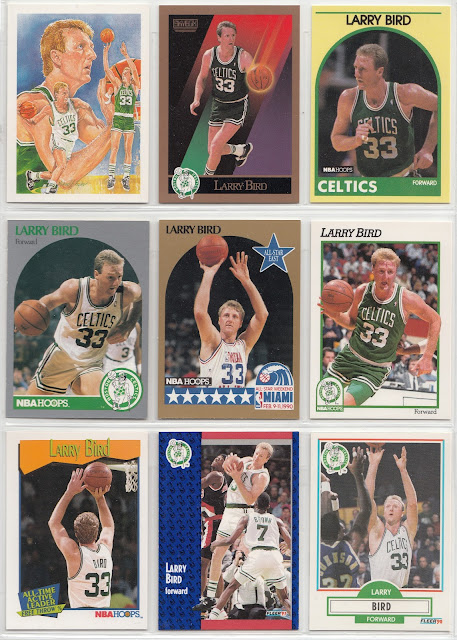 But, this is my favorite of the Bird cards: 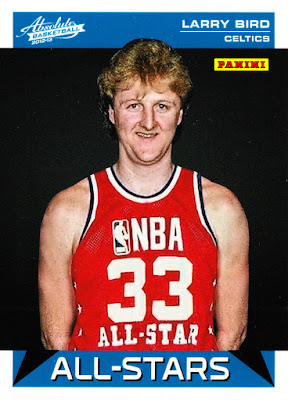 Awesome stuff, Kerry!  Thanks for keeping me in mind!