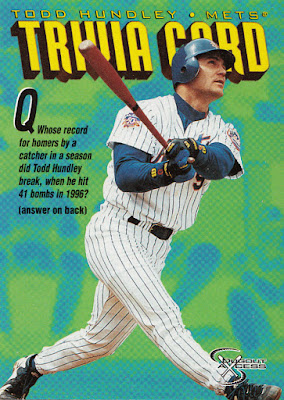 Recently, good friend of the blog, Nick of Dime Boxes, surprised me with a PWE chock full of fun and unique cardboard.  It was mostly Mets-centric, but it included some cards for my auxiliary collections, as well.

In other words, it was the usual excellence you come to expect from Nick!

Leading off, from 1998 Skybox Dugout Axcess comes this Todd Hundley "Trivia Card" which is actually a subset portion of the regular checklist.  Do you know the answer to the question listed on the card?  No?  Google it! 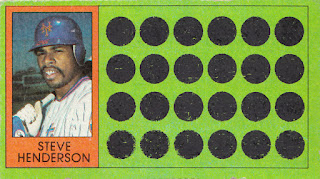 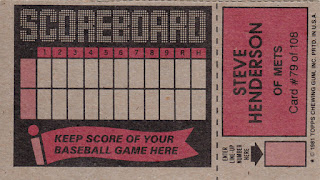 So this is a first for my collection!  A Scratch-Offs game card from 1981 Topps!  I've seen these on other bloggers' pages and occasionally on eBay, but this is my first up-close exposure.  Very, very cool! 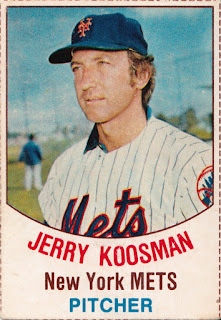 It's a Hostess oddball and it's Kooz.  It's a winner through-and-though!  This one is from the '77 Hostess set. These things are quite rare in my neck of the woods.  So much so, that I don't think I've ever been lucky enough to stumble across one in any show I've ever attended. 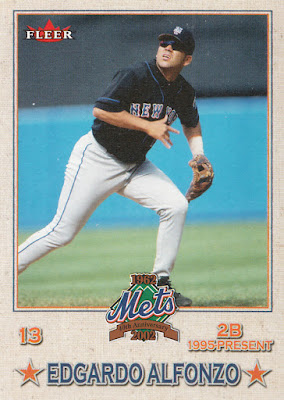 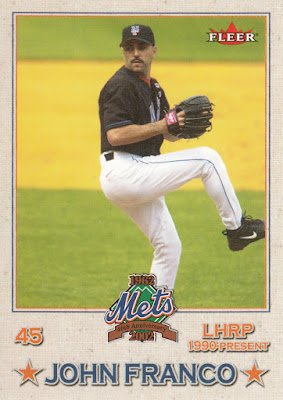 In 2002, the Mets celebrated their 40th anniversary season.  Part of the celebration was a SGA card set produced by Fleer that highlighted the "All-Amazin' Team" which was voted on by the fans.  I've known about this set for quite some time and have always wanted to acquire the set or, at the very least, a few of the cards from it.  Super hard to track down.  So to find these staring at me from Nick's PWE was a super surprise!  Amazin' job, Nick! 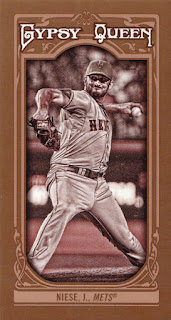 A sepia mini of Jon Niese from 2013 Gypsy Queen.  Quite attractive!  And numbered to 50, to boot! 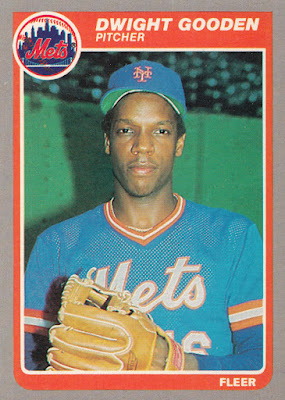 One of the iconic Fleer cards from back in the day.  This is Doc's Fleer base card from 1985 -- technically his second Fleer card.  Such a classic card in every way.  This was a good design for Fleer, IMO.  A good photo of the Doctor, as well.  Lots to love about this one.

Okay, how about some non-Mets... 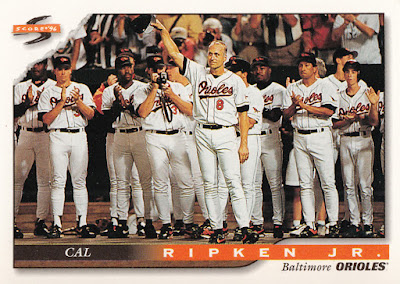 Score produced some of the all-time best horizontal cards during the mid-'90s.  This is one of them, obviously. This is a beauty! 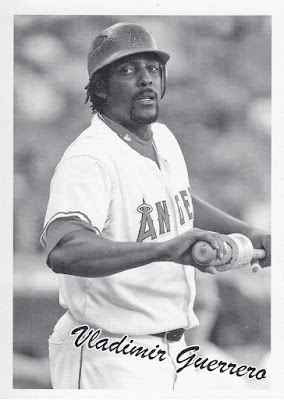 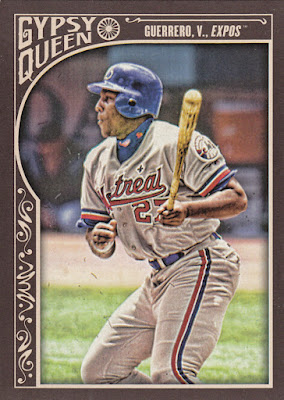 More Vlad! Getting the '15 GQ treatment. 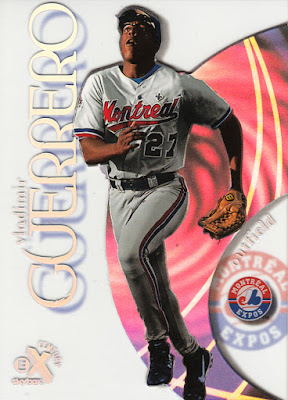 The Vlad hat trick!  Thanks to these additions, the Vladimir Guerrero counter is up to 364 unique cards!

And we'll finish up with a pair for the Gabe collection... 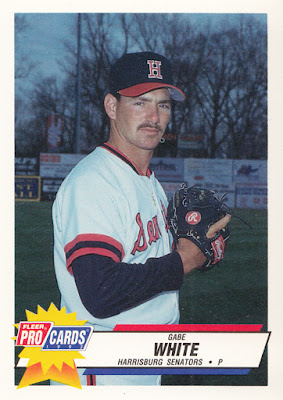 I think this might be my first minor-league Gabe card.  It's definitely my first Harrisburg Senators Gabe card. 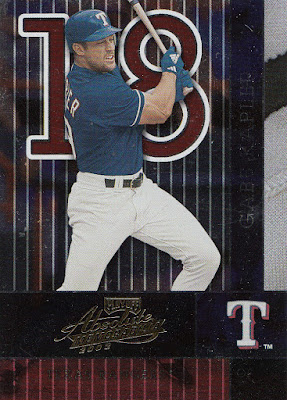 As usual, you hit on all cylinders with your PWE, Nick.  I'm always humbled to be the recipient of your generosity.  Thanks, buddy!