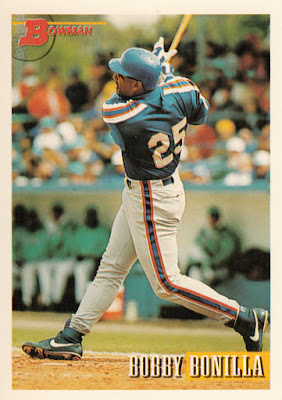 As I alluded to in the prior post, I recently completed a pair of Zistle trades in close succession after going several months without a deal.  And here's the second of the trades.  It's not as 'sexy' as its sister trade, but every acquisition of Mets cards is an important one.  Even if we're mainly talkin' about overproduction era cardboard.

In the lead-off spot, Bobby Bo's 1993 Bowman base card.  It feels like I've been accumulating a lot of Bonilla cards of late.  He's not one of my favorite characters from the all-time Mets register, but just like you don't get to choose your family, you don't have any say who plays on your favorite club (unfortunately, sometimes).

Since we're on Bowman, might as well get these guys out of the way... 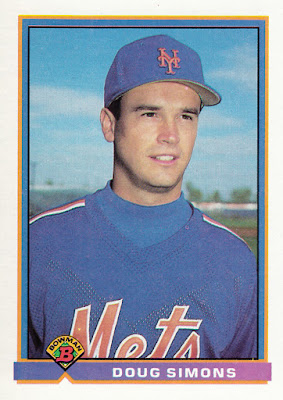 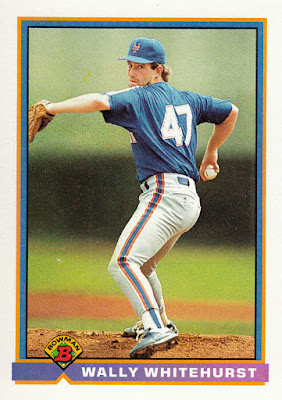 Sorry.  I know this is one of the blandest sets of all-time. 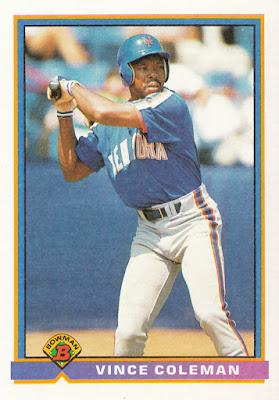 Vince is right there next to Bobby Bo on the undesirables list in Metsdom. 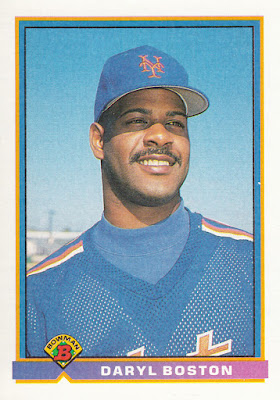 Hang in there, we're nearly through. 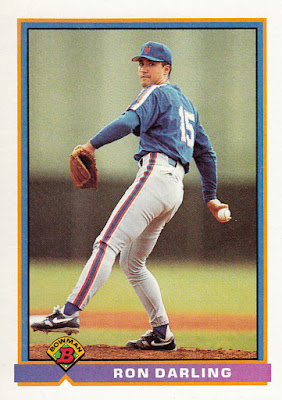 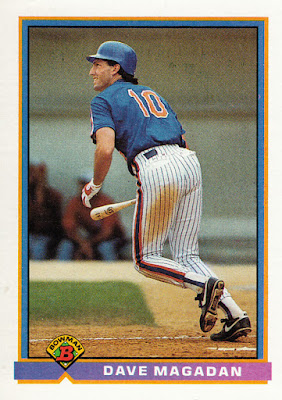 I needed all of these for my collection, believe it or not. 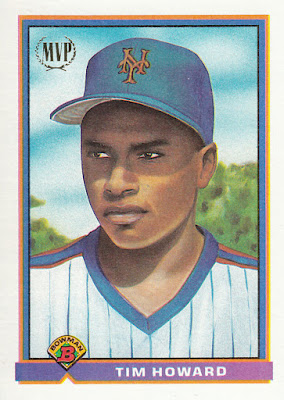 This is a strange one, for sure.  An artist's rendering (it seems) of someone named Tim Howard, who is not the present-day goalkeeper for the U.S. Men's National Team in soccer.  This Tim Howard ascended as high as Triple-A Norfolk by 1993 and then was out of pro ball.  He batted .323 with 89 RBIs at Single-A Columbia in 1990 which is why I suppose his card got the foil-stamped "MVP" emblem in the top left corner.

Okay, let's splash a little life back into this post... 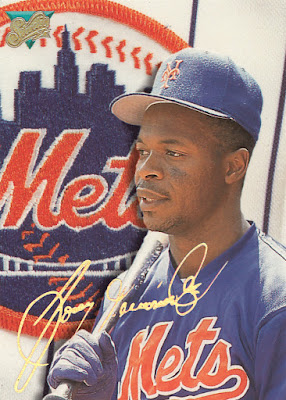 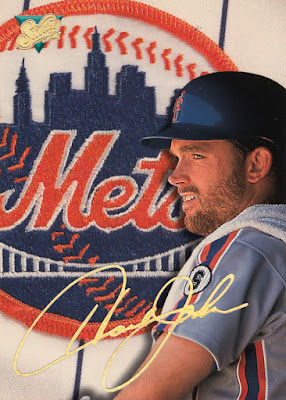 A pair from 1993 Studio.  A pretty strong offering from Studio, I think.  I enjoy the super-sized sleeve patch as a backdrop for the cards.  That's short-term-Met Tony Fernandez followed by Howard Johnson, by the way. 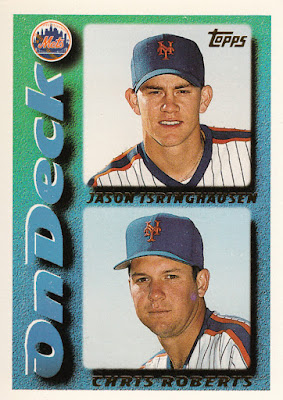 Also represented in this trade was 1995 Topps.  This card is significant because it represents the first appearance of Jason Isringhausen on a Topps card.  Or, as the kids like to say, his Topps rookie. 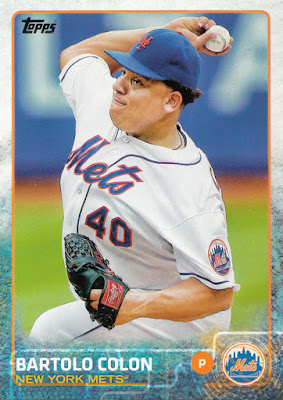 I had a copy of this card already, but it had a pretty badly dinged corner.  And I can't stand that in a card that was produced within the current calendar year.  Plus, Big Bart deserves better! 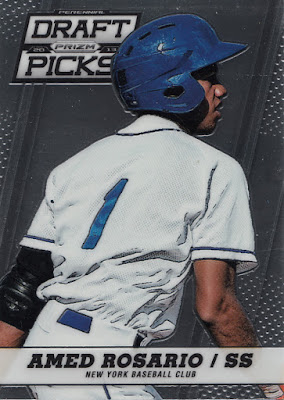 And to wrap things up, my first card of prospect Amed Rosario.  The 20 year old from Santo Domingo is projected as New York's shortstop of the future.  In 2015, he was the youngest player in the Florida State League where he drew rave reviews for his plus-defense.  Rosario is still quite a few years from Flushing, but he's nonetheless one of the brightest assets in the organization.

With that, Trade No. 16 is in the books.  Thanks to Zistle member Gerry for the trade!