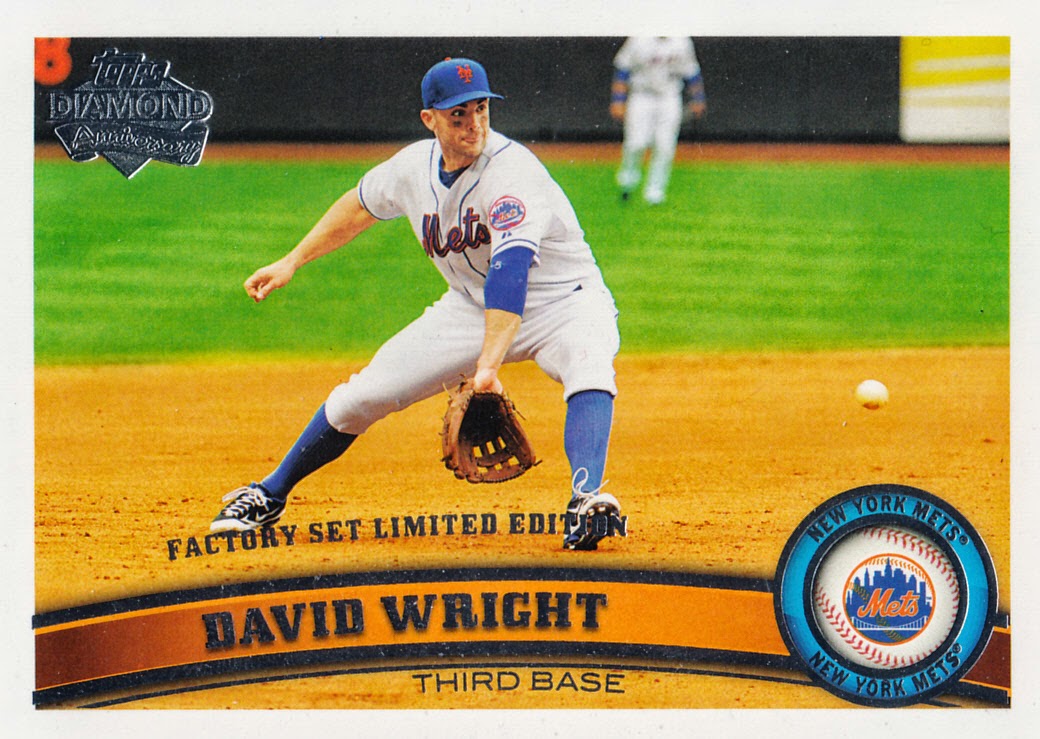 So, still no lousy, stinking, rotten 2015 Topps Series 1 to be found anywhere in the vicinity of northern Delaware. At least in the various Wal-Marts and Targets I've visited.  Trips on three consecutive days have netted a big fat goose egg.  On the bright side, I can have my pick of any number of ugly football card packs or unicorn and goblin cards.  Phooey!

Whatever, it's not like I"m going to try and build the set via packs.  Instead, I'll go the route of the factory set like I did in 2014 and still be quite happy.  Regardless, I always look forward to opening that first pack of the season's new cards.  Oh well, I guess I'll have to be patient.

In the meantime, I received a pretty neat package in the mail last weekend.  Colbey from Cardboard Collections recently sent out a post regarding a 2011 Topps Limited ediiton set that he was looking to break into individual team sets for sale or trade.  Apparently this was a set he won directly from Topps for cracking a code or collecting lucky charms or whathaveyou. 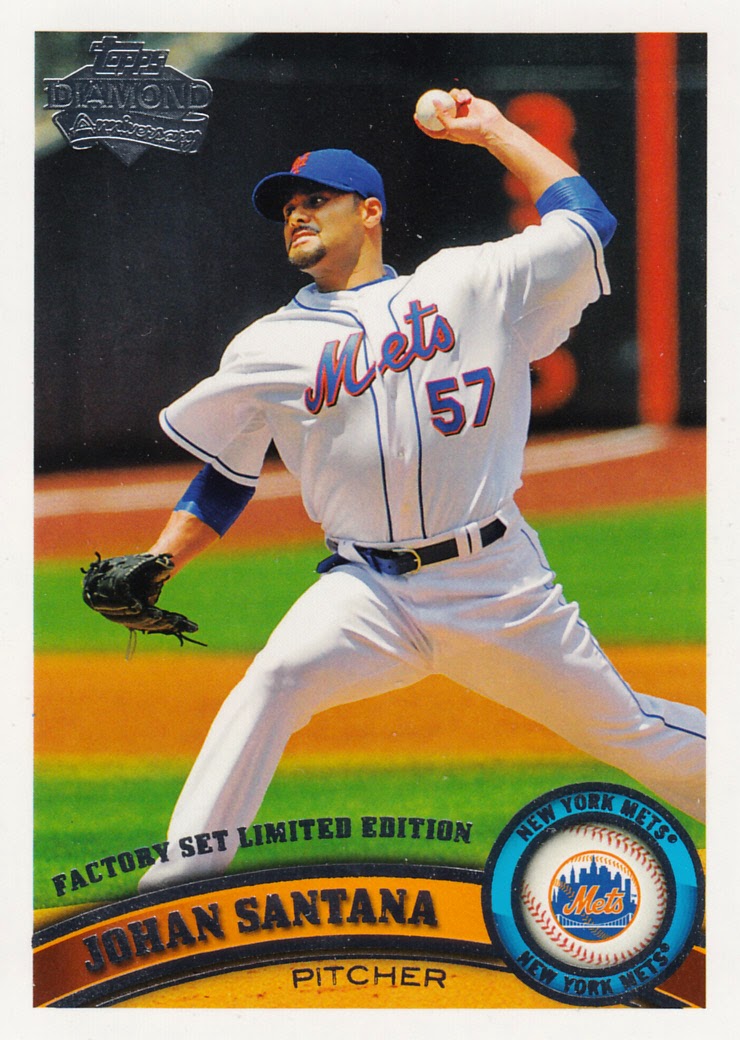 For a very reasonable price of four-dollars shipped, I snagged all the Mets cards from this factory-limited set.  As you can see, the cards are exactly the same as the regular '11 Topps cards with the exception of the foil-stamped "Factory Set Limited Edition" tag above the player's name plus the special Diamond Anniversary logo in the top corner.

I won't bore you with all of them, but these are among my favorites from the set... 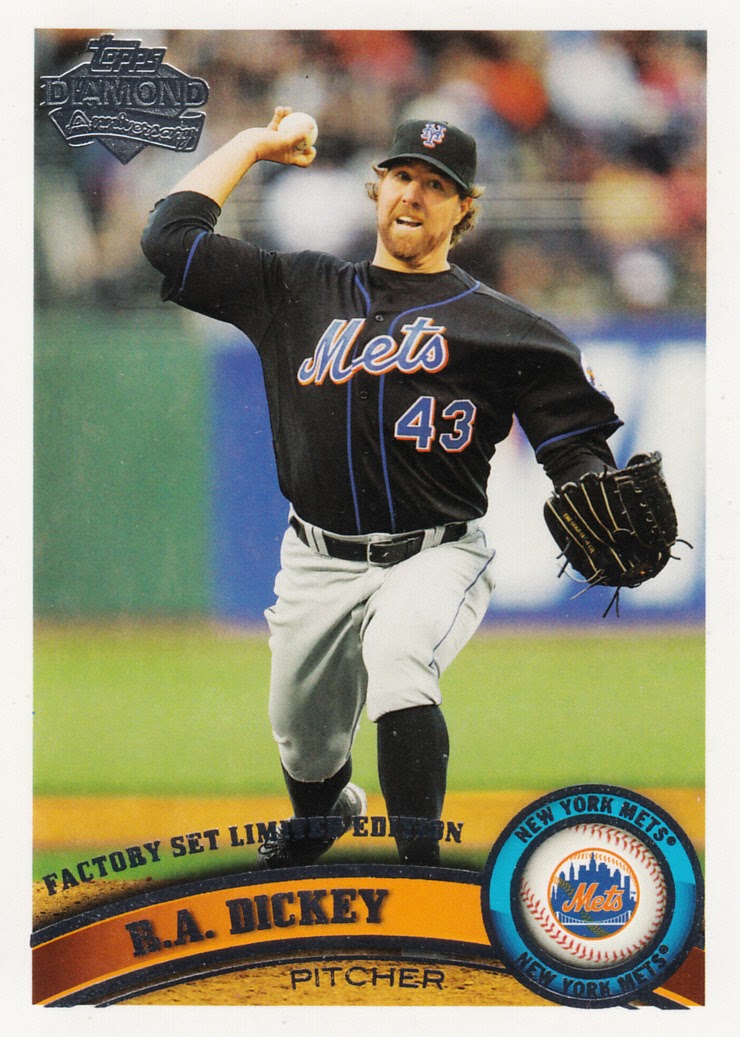 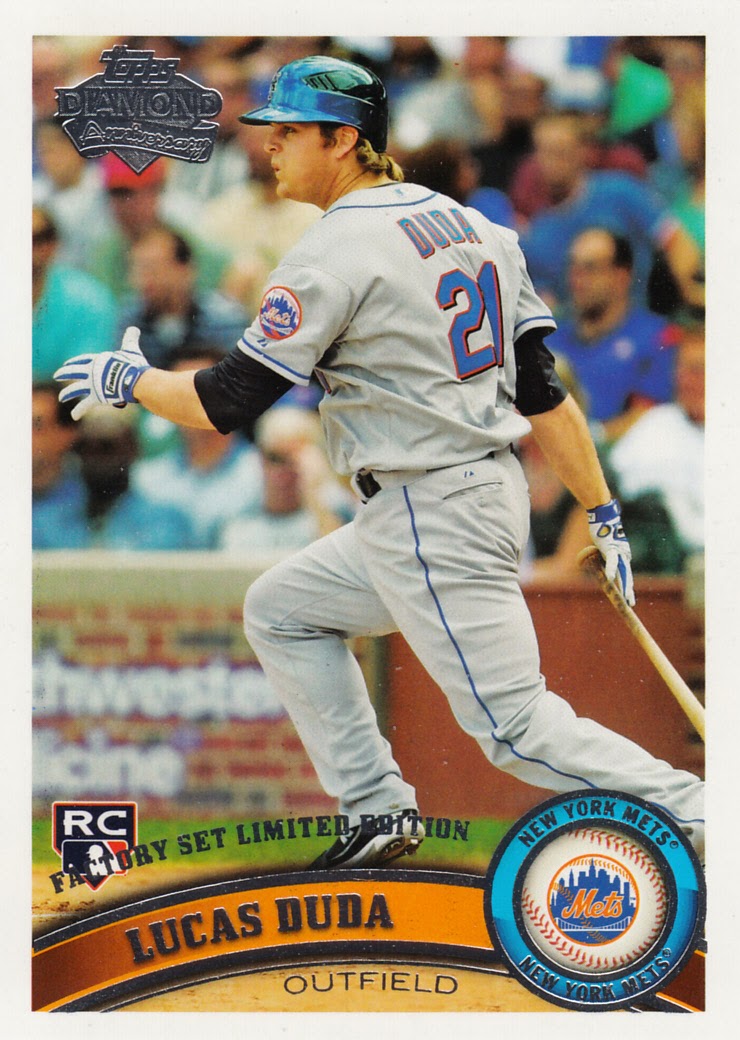 Can the Dude reach the 30-home-run plateau again this season?  That sure would be nice! 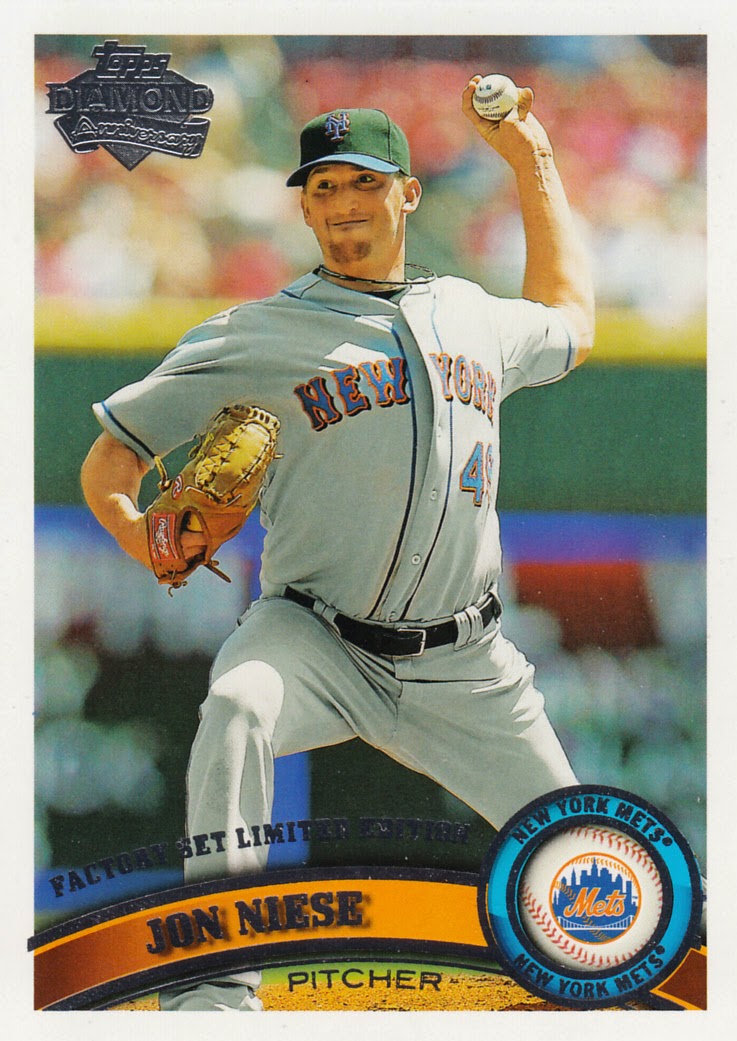 Still the only southpaw in the Mets rotation.  He's a nice compliment to all the hard-throwing young righties the Mets have amassed. 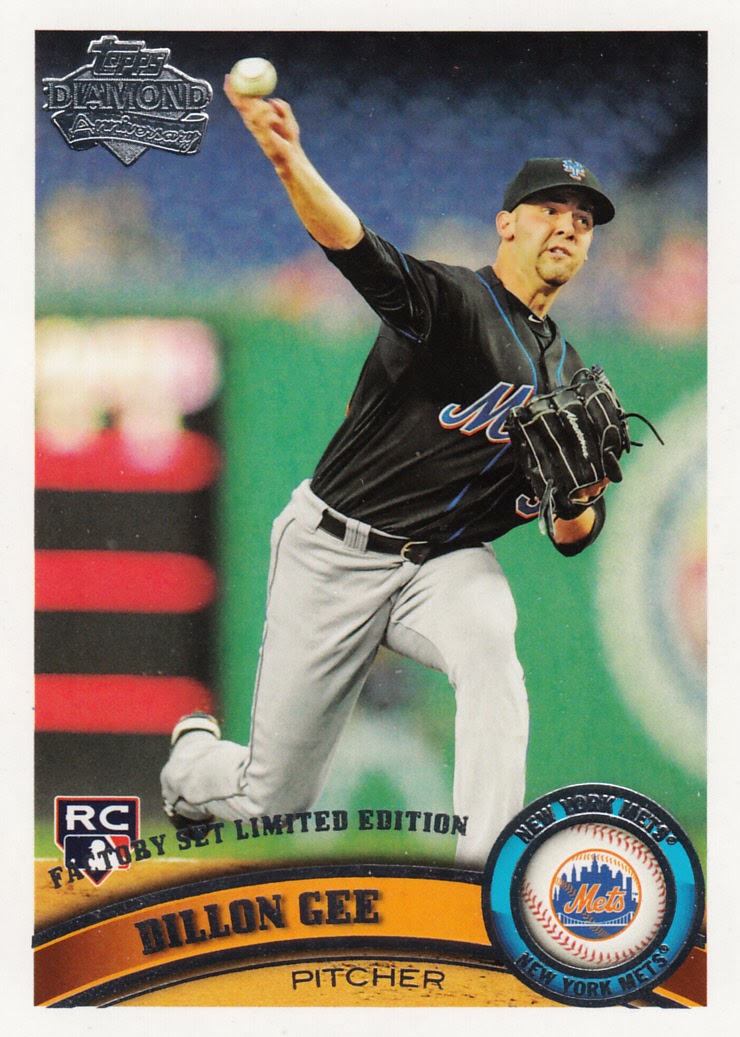 Gee is still a Met...for now.  Probably the one guy they've most actively tried to trade this offseason.  It's a shame because when he's on his game, he eats up innings and gets lots of outs. 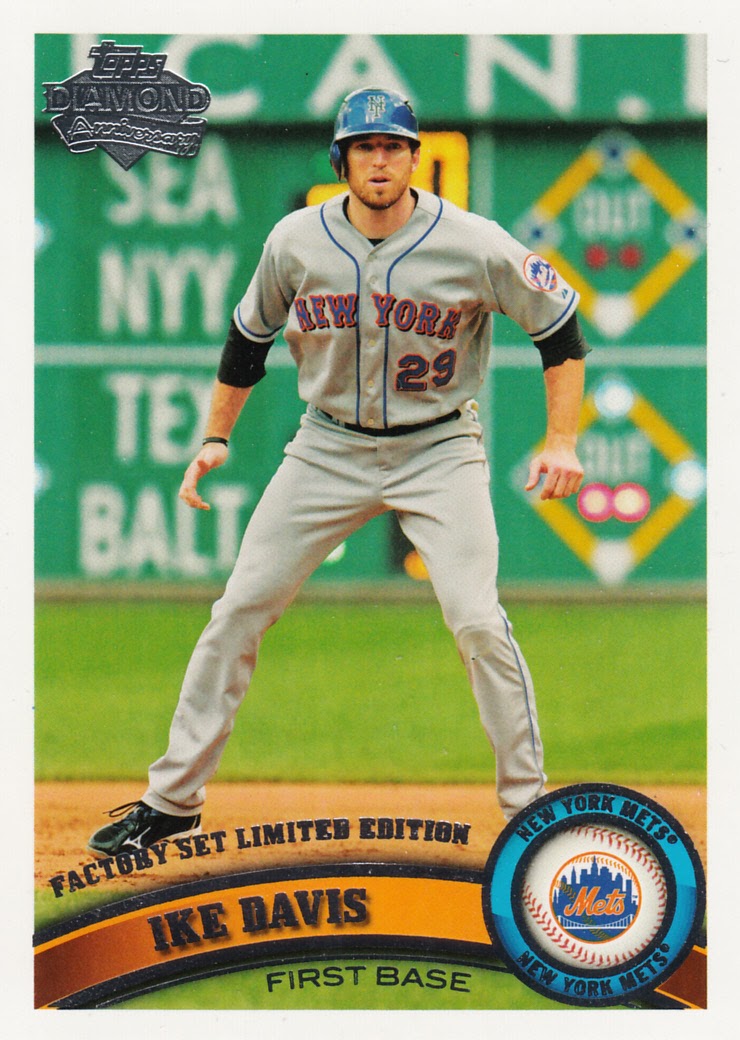 Ike's a goner, but this is still one of his best cards as a Met.  I'm thinking the backdrop is the outfield scoreboard in Pittsburgh, right? 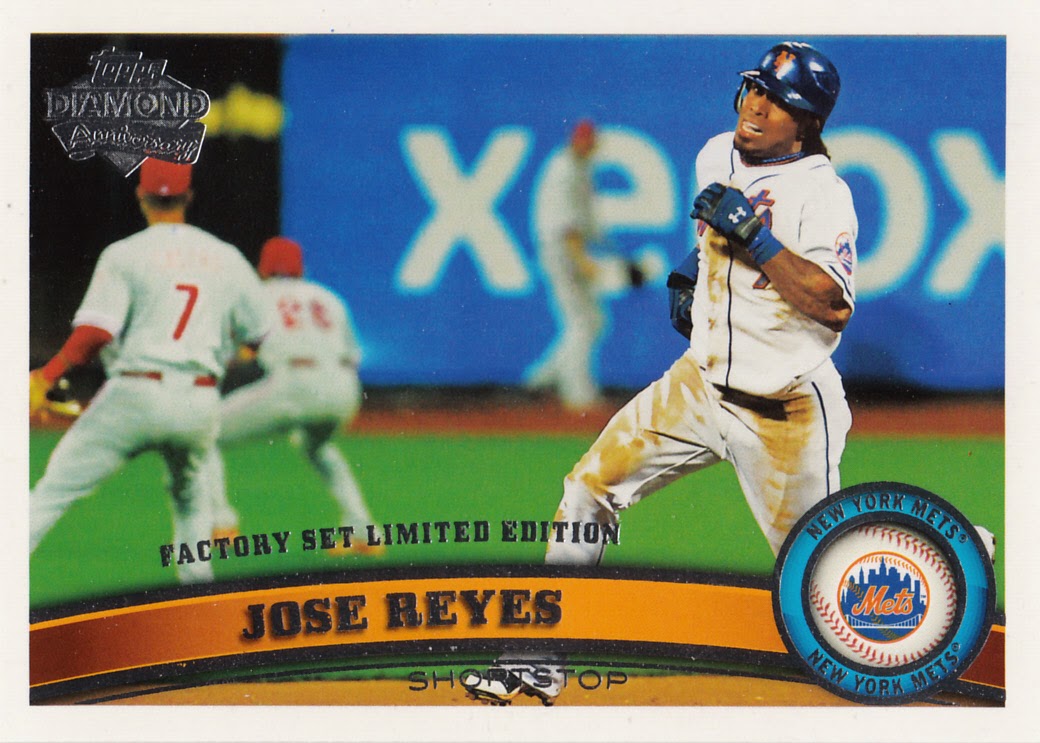 Perhaps...ah, what the hell...definitely Jose's best Topps base card.  It reminds me also that I'd like to launch a new feature in the near future highlighting cards that have the best or most obvious advertising placements. 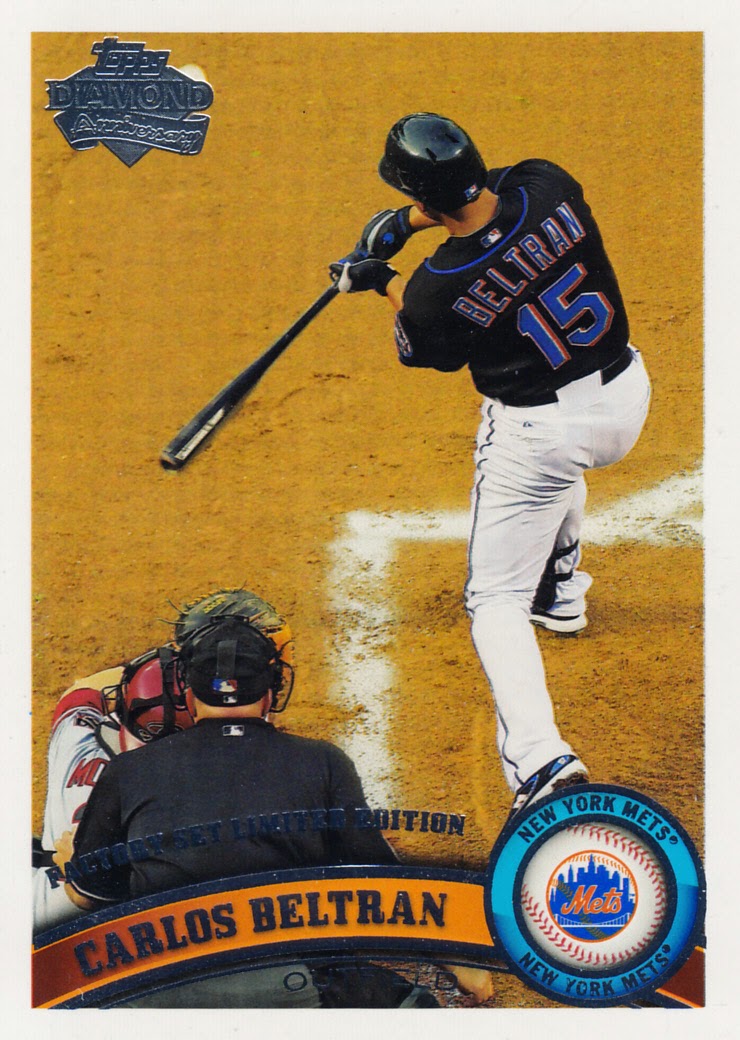 Another awesome photo from this set.  The 2011 sets is ripe with tremendous photography, especially the Update Series. 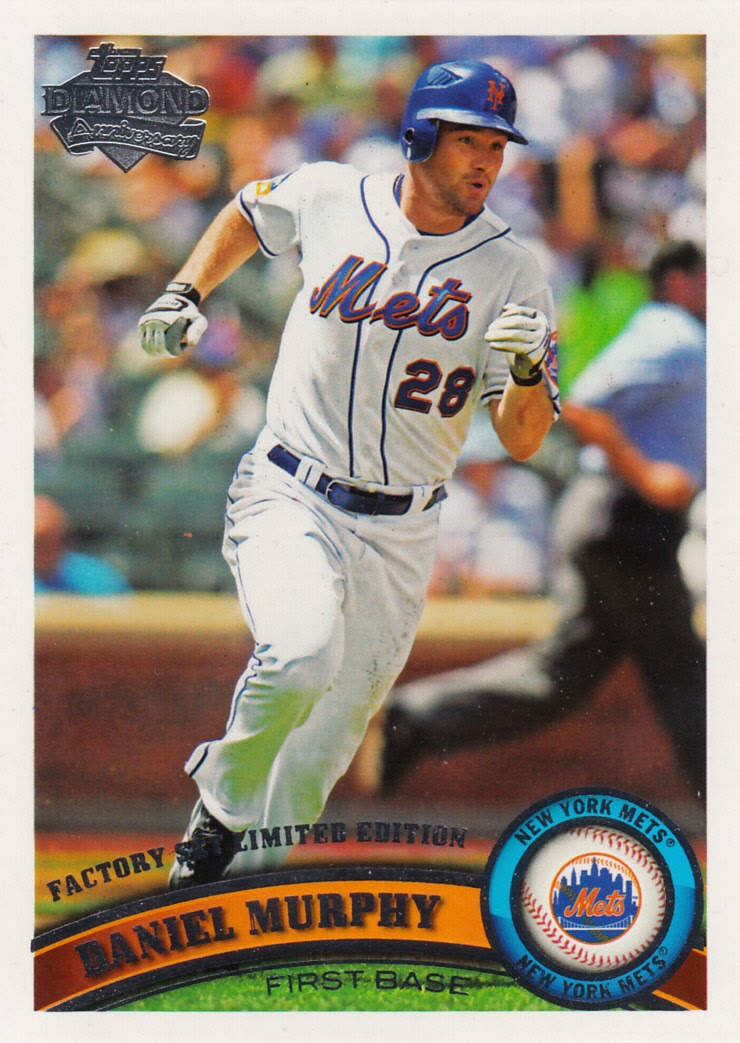 New York's lone N.L. All-Star from last season, Murphy will have to produce another big season for the Mets to keep a flicker of hope for a playoff spot in 2015. 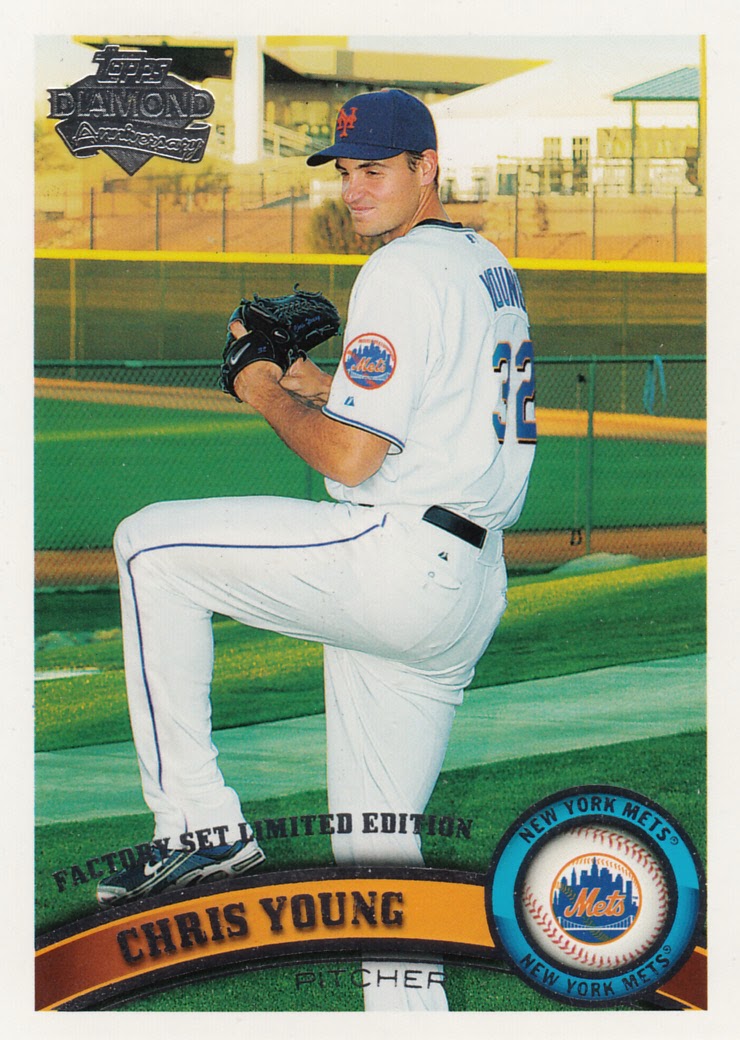 I appreciate the fact that Topps didn't try to photoshop Young, who was a Padre in 2010, into a Mets uniform for this card.  Instead, they opted for a Spring Training photo.  See, that wasn't so hard was it?

All in all, an attractive offering even if there isn't anything necessarily revolutionary about these cards.  However, I really wanted to grab these since they are from the season that celebrated Topps' 60th year of making baseball cards.  Pretty meaningful, I think.

Now, if we could just get the 64th edition of Topps baseball in the First State, things would be even grander!