Mail from Marcus: Mets and More 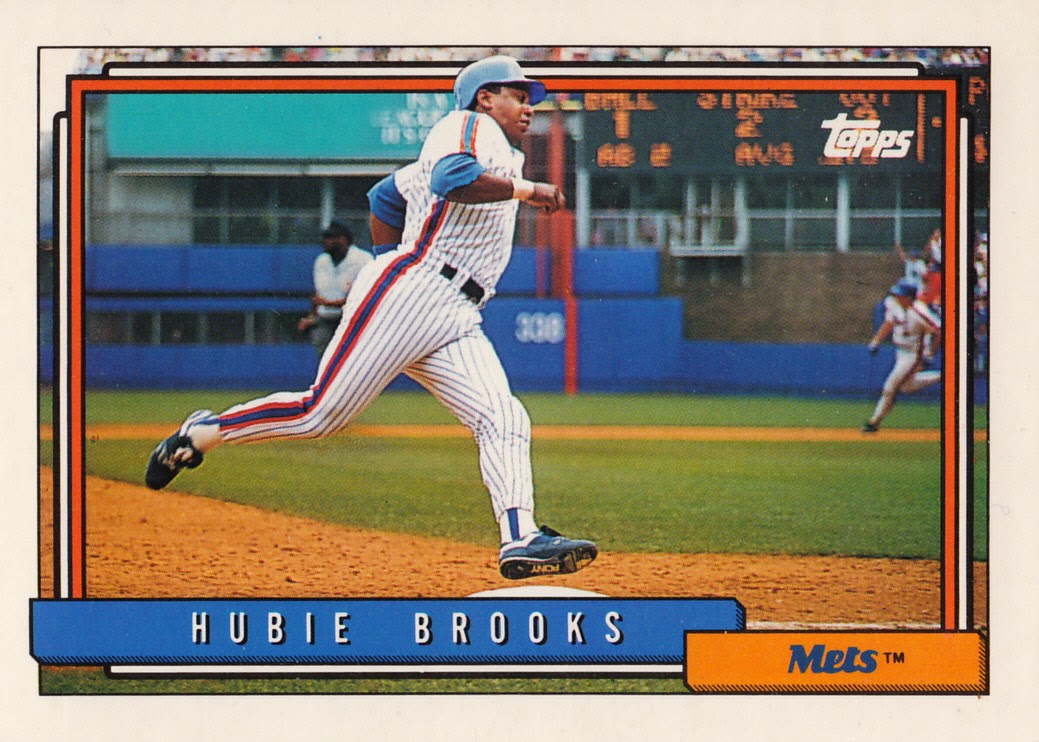 One of the primary reasons I began a baseball card blog was to trade with fellow collectors.  Not exactly a revolutionary idea, but that's what began this whole mess.  And what a beautiful mess it has been.  I can't put into words how trading has amplified my collection and my collecting horizons.  I went from a narrow-minded, unfocused compiler to...well...whatever I am now.  Point is, I'm having more fun collecting these past few years than ever before.  Maybe since I was a kid, at least.

The first blogger I ever traded with was the handsome devil at All the Way to the Backstop.  Marcus and I have been exchanging cards for over two years now.  Hard to believe how time passes!  The constant over that time period has been the quality of the loot he sends my way.

And that trend continued with a recent mailer I got from the Lone Star State.

For instance, a Hubie Brooks common normally wouldn't be much to write home about.  However, when that Hubie card happens to be his epic '92 Topps issue, then we've got something to talk about.  I've been needing an extra copy of this card for my Horizontal Heroes frankenset...and now I've got one secured!

Here are a few of the other highlights of my latest delivery from Marcus... 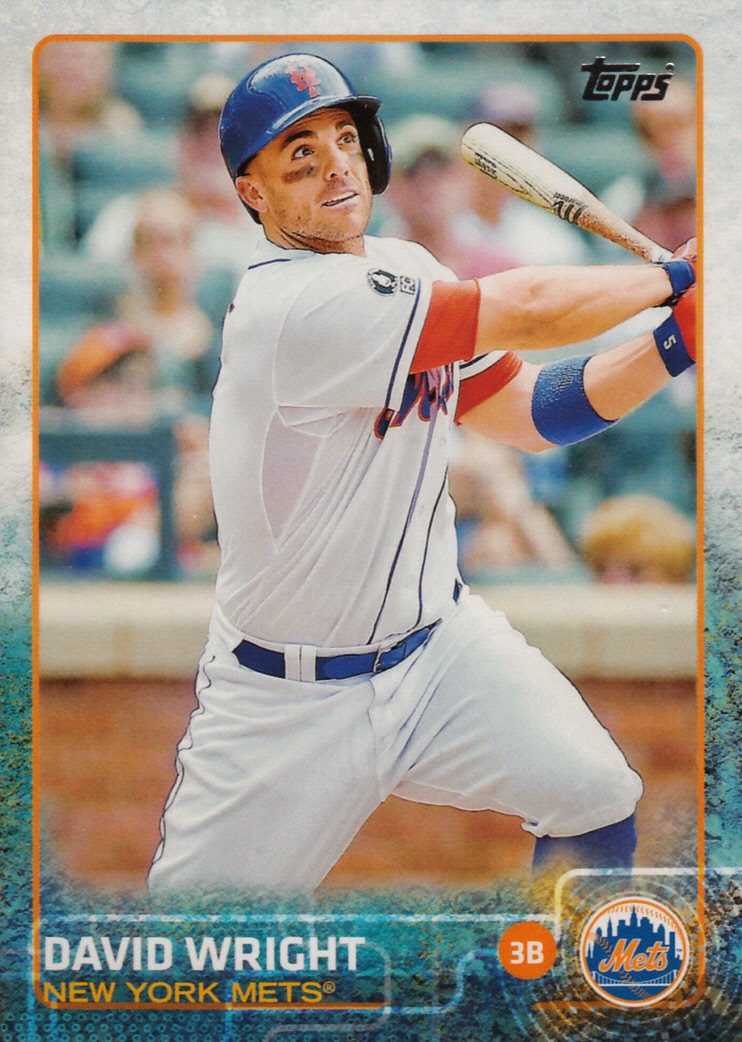 Ah, David Wright's 2015 Topps base card.  It's always an important milestone to get the first Wright card of the year.  Though, it's kind of an awkward picture of the Mets captain.  Though, it's probably deserved after a below-average and injury-marred campaign in 2014. 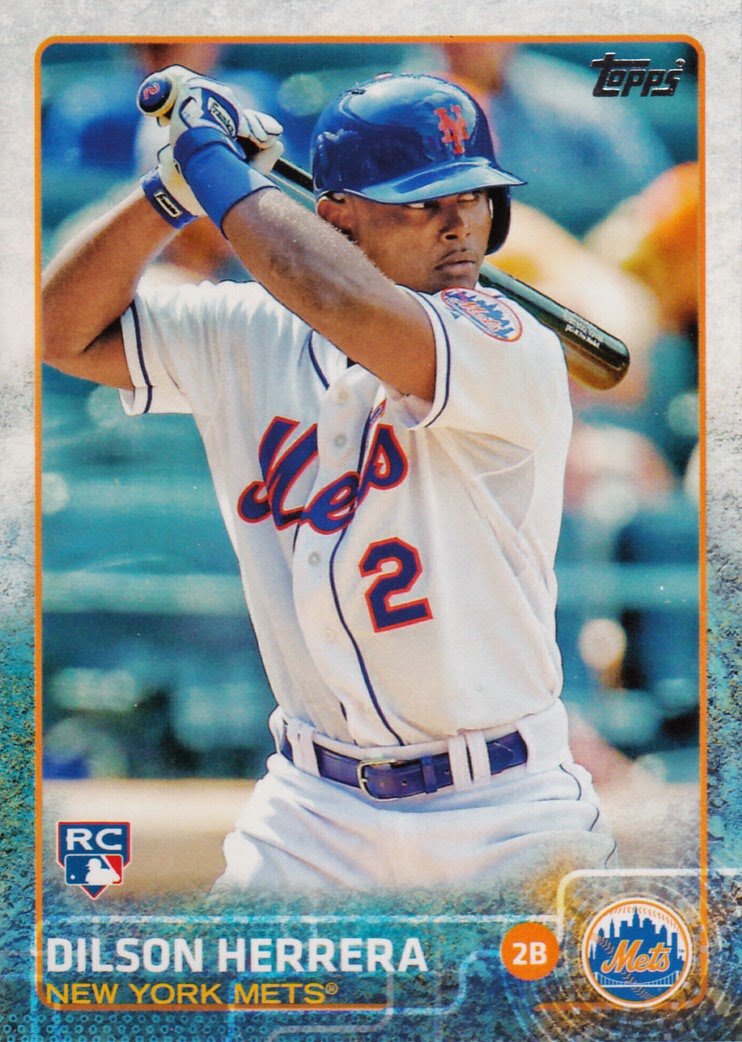 Speaking of milestones and firsts, this Dilson Herrera card is my first of the prospect infielder, thus eliminating another need from my ATMP list.  Herrera has a bright future thanks to a potent bat that produced a .323 average with 13 homers and 71 RBIs in the minors last year.  He could supplant Daniel Murphy at second base in the not too distant future. 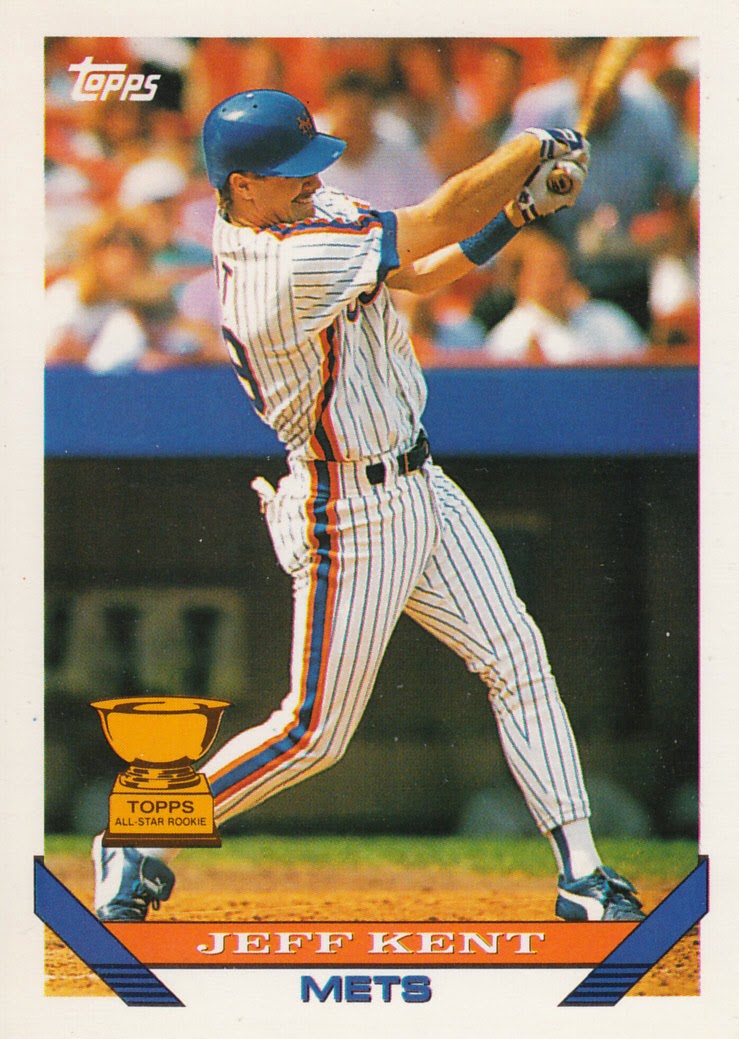 While we're on the subject of second-baggers with pop, here's one that the Mets let slip away a tad too early, eh?  This is the Topps rookie of the future HOFer, and a good one it is.  Though, it's strange that Kent didn't appear in the prior year's flagship offering or the Traded set at the very least.  After all, he was in both the main Pinnacle set and the Fleer Update release in 1992. 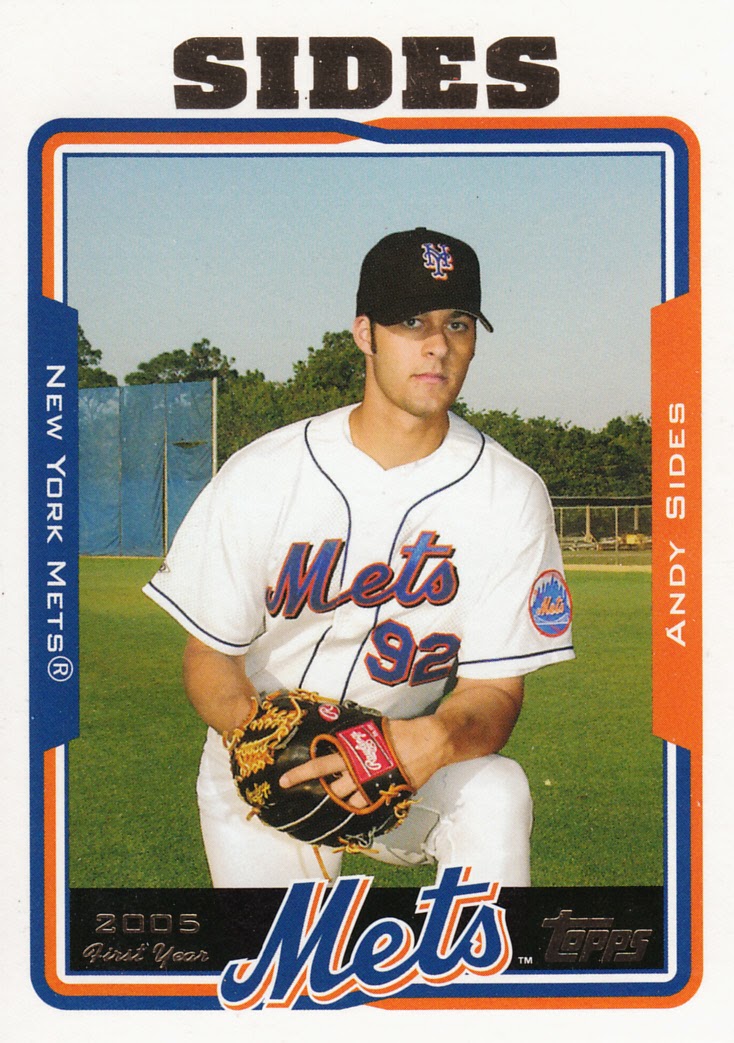 Ya ever heard of this guy?  Me neither, but who cares -- it's a Mets card!  Andy Sides was a Missouri high schooler taken by the Amazins in the 11th round of the '03 draft.  He never made it above short-season rookie ball and was out of pro baseball following the 2004 season.  So, my obvious question is this:  How in the heck does Topps choose some of these guys for their checklists?!? 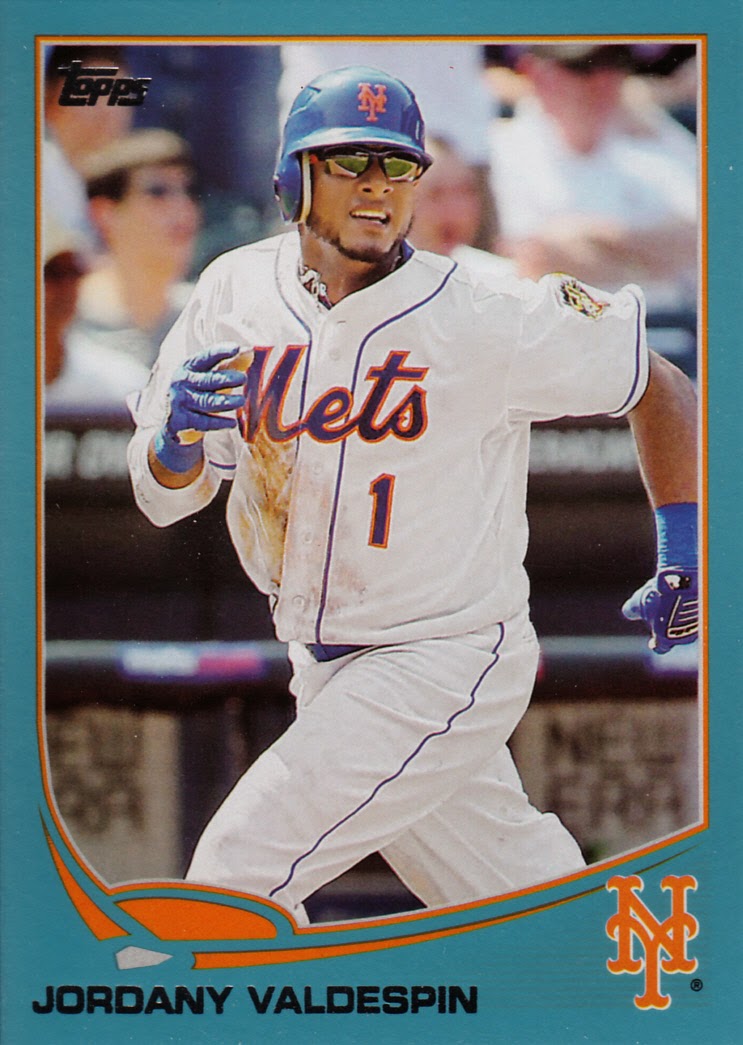 I can't be sure, but I think I've given up trying to chase after the WalMart blue parallels from 2013.  It was fun while it lasted and, who knows, maybe I'll pick up the torch again someday.  In the meantime, this one completes the red (Target), white (base) and blue (WalMart) chain of 2013 Jordany Valdespin Topps cards in my collection.

And now to the non-Mets portion of this trade post... 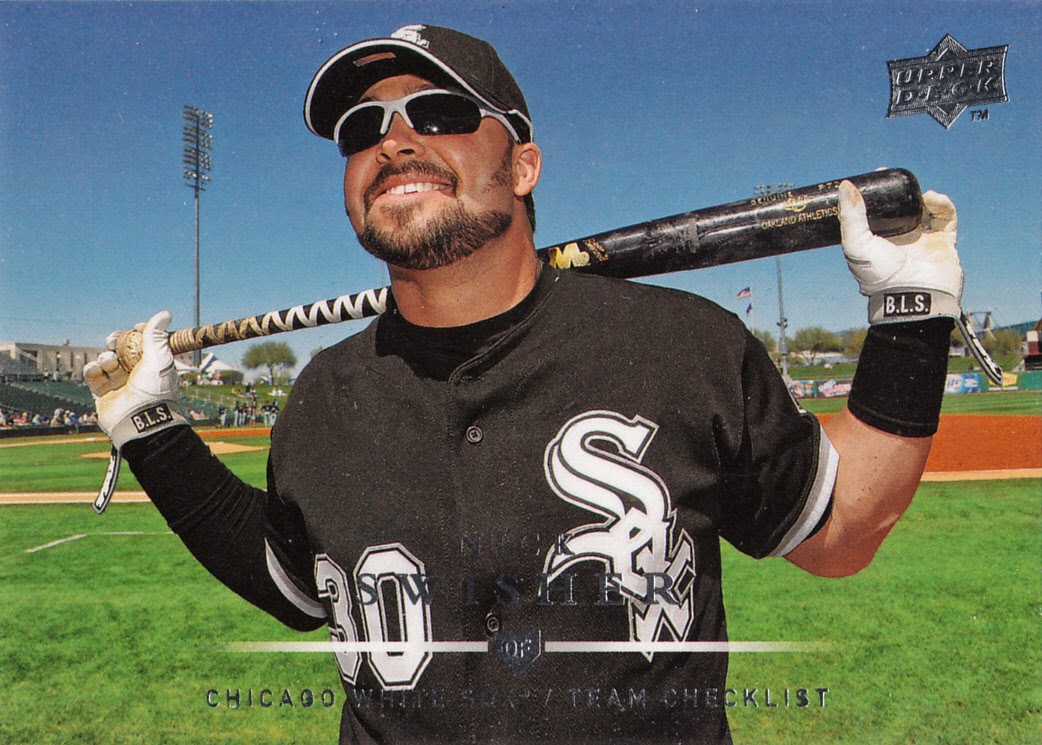 Now this is a cool checklist card!  If it wasn't such a high number (#779), Swisher would have a guaranteed spot in the HH frankenset.

And we close with a Gabe card... 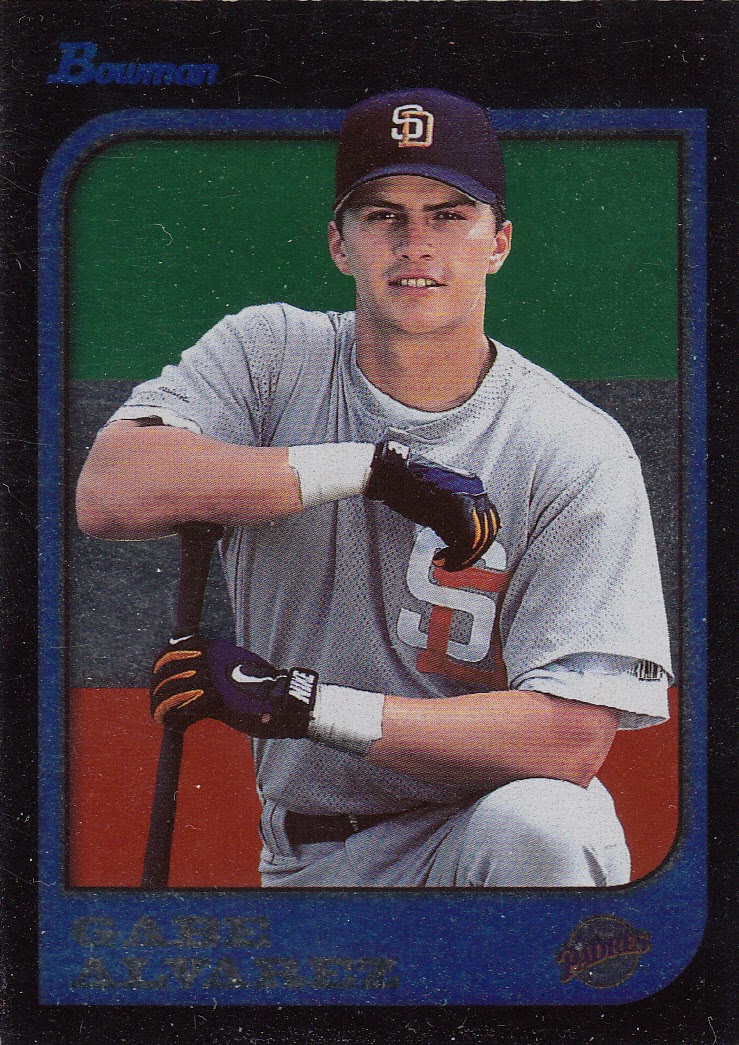 Trust me, it says Gabe somewhere under all the foil and scanner smudge.  And it's a Bowman International parallel, too.  Neat card!

For the umpteenth time, a well-deserved hat tip to Marcus for another great lot of cards.  I hope we'll have many more exchanges yet to come, buddy.