The Spirit of '73 (Vintage Mets and others from Shane) 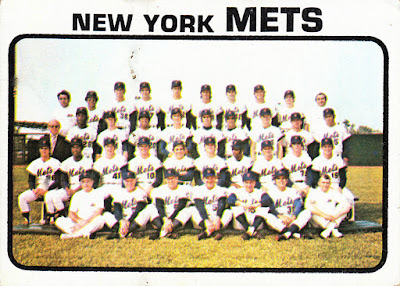 In the 53 year history of the New York Mets, the club and its fans have celebrated two World Series championships and three pennant winners.  It's not the richest history, mind you, but for an expansion team from the early '60s, I think that's pretty all-right.

One of the three pennant-winners hailed from 1973, a club that improbably took out the vaunted Big Red Machine in the NLCS and proceeded to push the mighty Oakland A's to a seventh game before bowing out. The '73 team isn't remembered as romantically as the Miracle Mets of '69 were, of course, but they're still a team that holds a pretty firm spot in the hearts and minds of the fanbase.

This brief history lesson is a prelude to a far-out (if I may exercise the vernacular of the era) PWE my good buddy Shane shot me a while back. [Ed. Note: I do sincerely apologize for being behind in my posts!]

Included in this 10-card mailing were a hearty helping of Mets from the '73 Topps set.  It might be my favorite set of the '70s, but I haven't thought it through fully in some time.  Anyhow, it's a groovy set and I still need quite a few of its Mets cards.

Along with the team card you see above, Shane scratched these five beauties of my 'need' list... 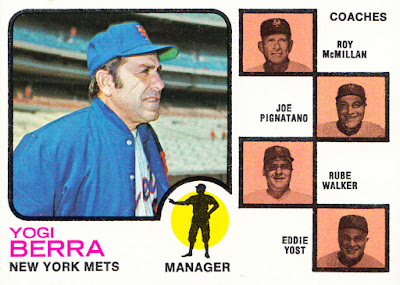 Best manager cards ever?  You could make a strong case.  My first "Yogi as Mets manager" card, too. 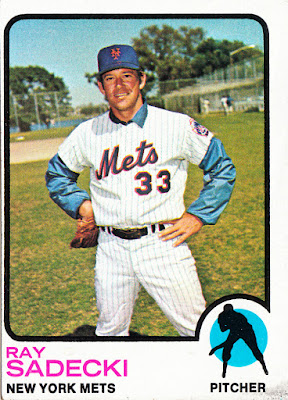 A southpaw reliever and spot-starter, Sadecki pitched in four of the seven games in the '73 Series, earning a save in Game 4. 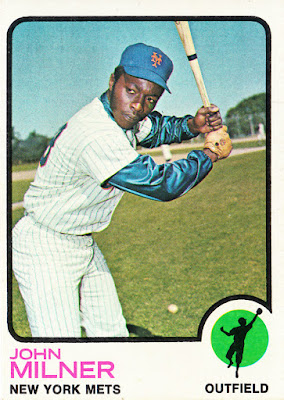 Milner would adopt the nickname of his boyhood idol, Henry Aaron. "The Hammer" hit .296 (8-for-27) with two RBIs for the Mets during the '73 Fall Classic. 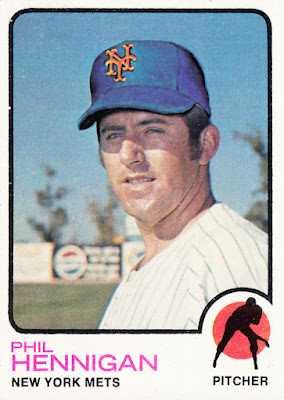 Hennigan appeared in just 30 games for the '73 Mets, playing his final big league contest on July 7 of that season.  Therefore, he did not factor into the club's postseason ledger. 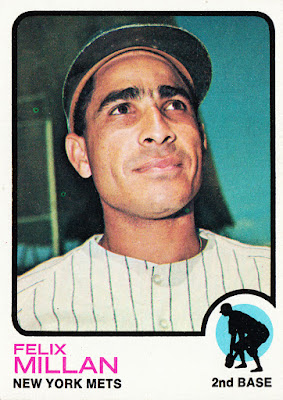 Traded to the Mets from Atlanta following the 1972 campaign, Millan was an indispensable part of the Mets success in '73.  The second baseman cracked 185 hits to the tune of a .290 average during the regular year and crafted a .316 mark in the NLCS versus Cincy.

Great cards, all, Shane!  Getting vintage cards is always a treat!  And, thanks to this six-card array of '73s, I'm just eight cards shy of the complete Mets team set from that year. 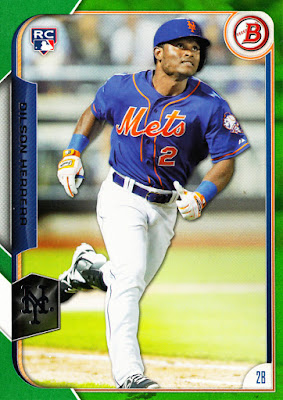 A green parallel of Dilson Herrera from this year's Bowman set.  These cards are numbered to 99.  Very sharp! 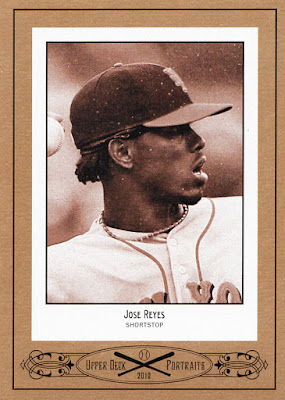 And, as has become customary over the past few PWEs, Shane included a couple of new gems for my Vlad Guerrero collection. 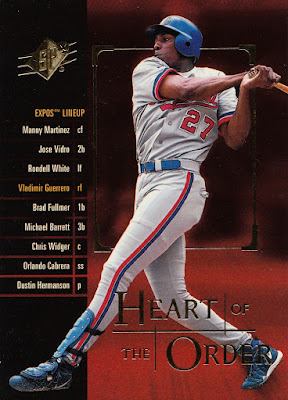 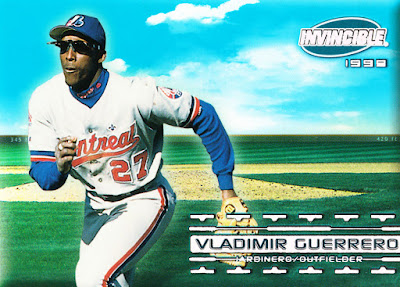 A couple of real beauts right there.  That takes me to a whopping 355 different cards of the future HOFer.

As always, thanks for a truly great assortment of cards, Shane.  Til next time!