The Wright Stuff (Another PWE from Shane!) 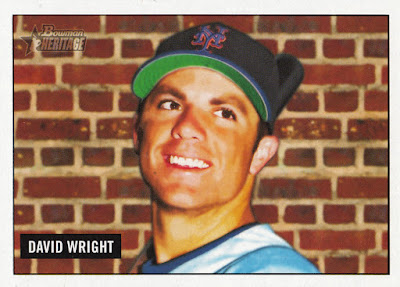 Here we go with another Rhode Island-to-Delaware connection, as my good buddy Shane from Shoebox Legends came through with a PWE packed with Mets and assorted other goodies.

I've been so lucky to strike up trading partnerships with guys like Shane and Marcus (Backstop) and Nick (Dime Boxes) and Douglas (Dollar Store Cards) and so many others.  I've never met you guys in person, but you know my collecting soul like we've been swapping cards since the 5th grade.  It's pretty amazing!

Okay, sorry for the mushy Thanksgiving-esque sentiment.  Now onto the cards!

In the lead-off spot is one of the coolest D-Wright cards you're gonna see anywhere.  A totally retro blast from 2005 Bowman Heritage, as the boyish Mets third-bagger poses in front of the schoolyard wall.  Love this one! 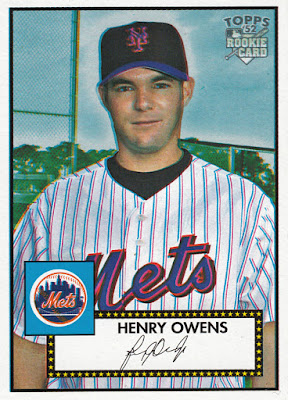 Staying with the throwback theme, we've got a Henry Owens rookie from 2006 Topps '52.  It's only my third card of the former bullpen prospect who the Mets acquired via the Rule Five Draft in 2004.  I've now got six of the Mets from that '52 retro set, leaving me (I think) two or three shy of the team set. 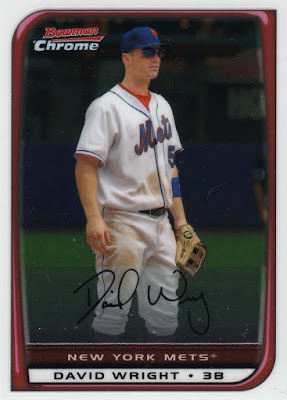 Another David Wright Bowman card; this one of the Chrome variety from 2008.  This was a pretty decent year for Bowman in terms of design.  Though I find it unusual that their base Chrome cards were white-bordered.  The regular 'paper' cards had black borders, after all. 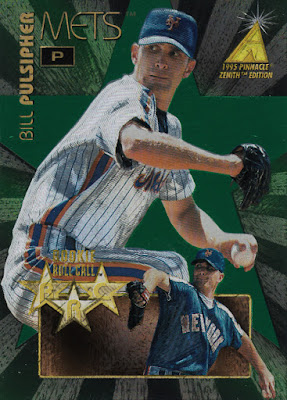 I swear, Shane scores some of the coolest mid-'90s inserts you've ever seen.  This is a "Rookie Roll Call" insert from Pinnacle's 1995 Zenith Edition.  Never heard of these inserts, but that's what makes it all the more fun when you're going through Shane's PWEs.  Plus, it's yet another card that chronicles the career of a "Generation K" member. 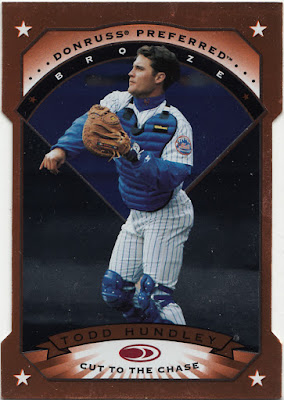 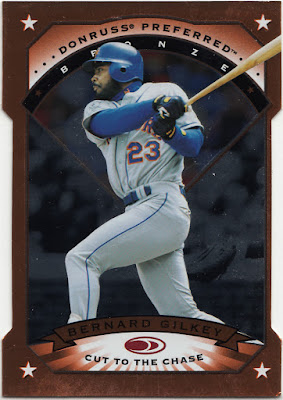 I'm not sure if you can tell, but both of these cards are die cuts.  Thus the "Cut to the Chase" tag underneath the Donruss logo.  Hundley and Gilkey are two of my all-time favorites, as both were major cogs on the '96 team that re-energized my Mets fandom and dragged me from the doldrums that the terrible teams of the early '90s put me into. 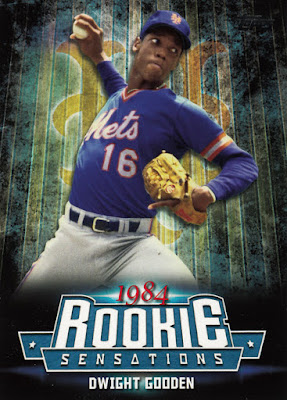 A sweet Doc insert from this year's Update.  I think this is a fairly new (as in, not recycled to death) photo of Gooden, to boot.  I approve of these inserts in a big way.  Well-done by Topps.  Hey, I slander them a lot when they screw up, so I have to give them props when they deserve it. 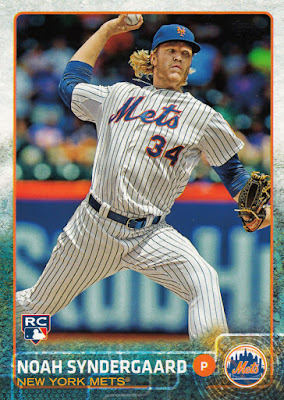 Now we're talkin'!  I've been anxiously awaiting this card in particular.  No matter how old I get, I will never stop getting excited about Topps rookie cards of my favorite Mets.  Especially when it comes to an awesome young player like Thor!  Let me once again give kudos to Topps, as I love the photo choice here.  This is just an attractive card in all manners.

I alluded to it earlier in the post: Shane's PWE wasn't strictly Mets.  He managed to sneak in a couple cards from my other favorite sports teams... 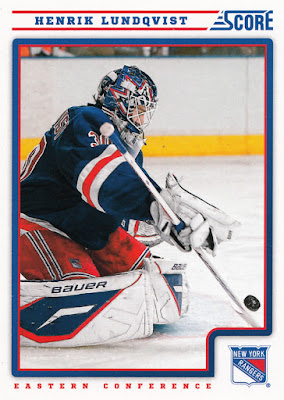 The King!  Henrik and the Blueshirts are off to a blazing start this season!  As of this writing, they have the most points in the NHL.  I do believe they are off to a franchise-best start in regards to points and wins, as well.  It's a long, tough season, but getting off to a fast start is never a bad idea. 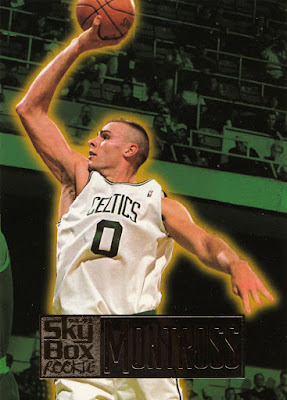 On the NBA side of things, my Celtics are playing some good basketball!  They got off to a bit of a rocky start, but presently sit at 6-4 with wins against Washington, Atlanta, OKC and Houston under their belts.  They've got an exciting young roster and incredible depth.  A pretty good head coach, too, I might add.  As for Eric Montross (the fellow depicted on this card), he was a first-round pick out of UNC.  I don't like UNC hoops and didn't like the pick at the time.  I was right; he was a bust.  Still, he's a piece of the puzzle that is Boston Celtics history, so it all counts!

Shane: Thanks for an all-around dazzling PWE, my good man!

I'll state it again: I'm thankful to have such an incredible bloggin' buddy.