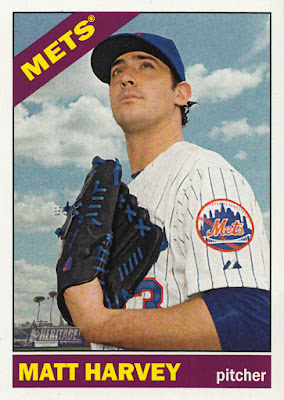 So, who did I spy on the cover of one of Sports Illustrated's regional Baseball Preview covers today?  None other than the Joe Willie Namath of 21st century New York baseball himself, Matt Harvey.

Flanked by fellow starter Jacob deGrom and fireman Jeurys Familia, Harvey and his Mets were tabbed by SI to win the NL East in 2016.  But, it's not a total jinx, don't worry: the Cubs were the publication's pick for the pennant.

While I am normally something of a superstitious person, I don't think my blog contributes to such hocus pocus. Thus, I can proudly display the 2015 Heritage SP of Mr. Harvey at the top of this post.  After all, it's a short print that was desperately from my '15 Heritage set.

This terrific card came my way thanks to long-time blogging buddy Shane at Shoebox Legends.  It's the centerpiece of another brilliant PWE that my Rhode Island compatriot meticulously crafted. 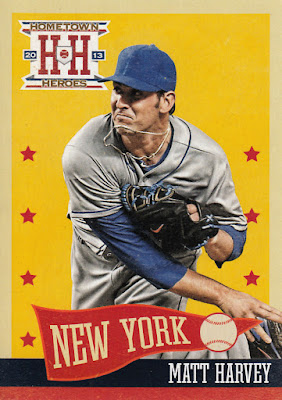 Here's another Harvey, this one from Panini's 2013 Hometown Heroes release.  Kind of a Heritage or Fleer Tradition feel to these.  Yes, no logo or team name, but I don't think it harms these much at all. 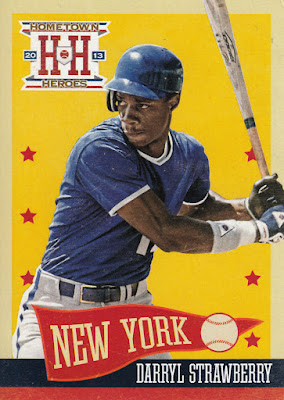 Here's the Straw from the same set.  As I've stated before, if you view these in the same way as the beloved food-issue oddballs we had in the '80s, you can find a lot of room in your heart for Panini's baseball products. 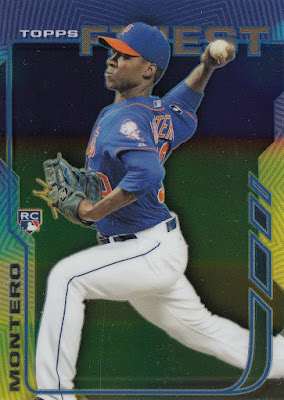 My third Mets card from the colorful 2014 Finest set.  A quick look on Zistle informs me that there were four Mets in the base set that year.  The M.I.A. card in my collection is Wilmer Flores, so I'll have to be on the lookout for that one. 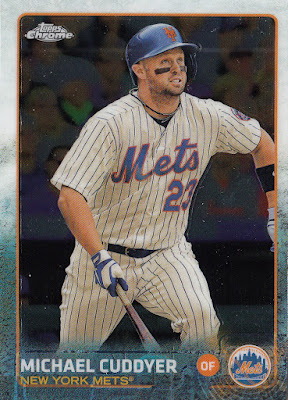 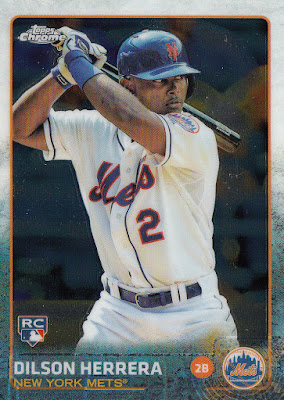 A pair from last year's Topps Chrome, including a Dilson Herrera rookie.  Dilson, who has always been a good sticker in the minors, recently slugged a tie-breaking homer to lift Columbia over Panama and into the 2017 World Baseball Classic.  Talk about a thrill! 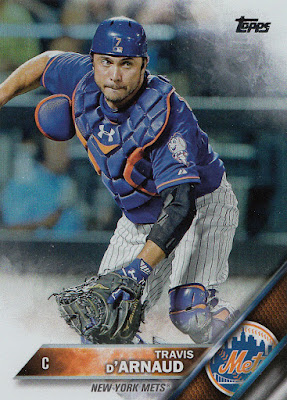 I don't think you can tell from the scan (probably not), but this is a rainbow foil parallel of Travis d'Arnaud's 2016 Topps base card.  Maybe it's just me, but these aren't exactly the easiest to spot in person, either.  Then again, I've never been on the A-team in terms of eyesight.  Boy, how miss the gold ol' days of red and blue parallels! 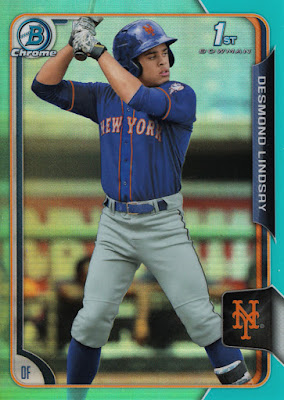 We round out the baseball portion of the group with this stunning "sky blue refractor" of prospect Desmond Lindsay.  The Mets, who forfeited their first-rounder when they signed Michael Cuddyer, nabbed Lindsay in the second round of the 2015 draft.  He wasn't necessarily projected to be an early round pick, but Mets brass was enamored with the toolsy Florida high school product and rolled the dice.  In this pro debut, Lindsay batted .263 in 35 games combined in the Gulf Coast League and the NY-Penn League.

I was pretty stoked to find this card among the selections of this latest Shoebox PWE, as I had no idea that Lindsay had any cards.  I guess I shoulda assumed Bowman was already on the case, eh? 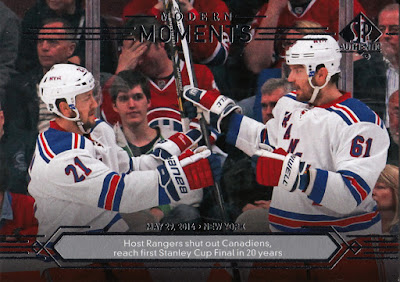 Shall we finish with hockey?  Yes, we shall!  Who knows if the Blueshirts would have won the ECF in 2014 had Habs goalie Carey Price not gotten hurt in Game 1.  Nonetheless, it was a thrill for this Rangers fan to see the club make it to the Cup Finals 20 years after the historic '94 season.  The outcome wasn't the same, but what a year it was!

Thanks for the fresh cards, Shane!  A return volley is making its way up I-95 as we speak...