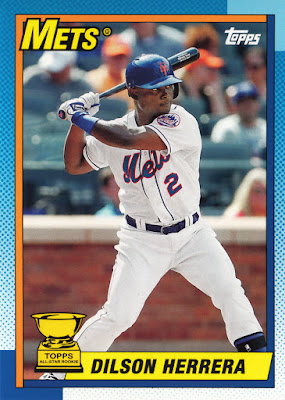 I consider myself both lucky and cursed to have a sports card show occur not even 10 minutes away from my home each month.

Sure it's a wonderful source of great, cheaply-priced cards that otherwise I'd not have regular access to.  Then again, the allure is too tough to ignore and that means bye-bye moola.  Then again, if I end up spending 25 bucks at these shows, that's a lot.  And, I mean, that's slightly more than a blaster, the contents of which I have zero say over.

So I guess it's really not a bad thing whatsoever.  More of a first-world problem kind of thing, I suppose.

I'll just shut up and talk about the cards now.

One of my favorite regular vendors at these shows is a nice fellow named Tom who always pulls a Mets team set for me of whatever the newest product is.  He'll do the same for Buffalo Bills cards, as well.  I've struck up a relationship with the guy in a way that he refuses to take my money for the team sets.  But, I end up buying a few bucks worth of stuff from his table just to pay it back.

In my most recent visit, I found a nice stash of last year's Archives cards in one of his monster boxes of dime cards.  Mixed in with all the base cards were copious amounts of inserts.  That included my favorite of the '15 Archives inserts: the 1990-style All-Star Rookies.

If you've visited my blog even for a little while, you might know that the '90 Topps set is one of the four cornerstone sets of my youth (joining the '87, '88 and '89 sets).  Thus, any latter-day cards paying homage to that year get high marks from me.

In my dig, I was able to unearth 10 of the 20 cards from this Rookie Cup insert set, including the lone Met from the checklist, Dilson Herrera.  Not too shabby!  Heck, if I had just found the Dilson, that woulda been a roaring success.

Here are the other nine I was able to track down: 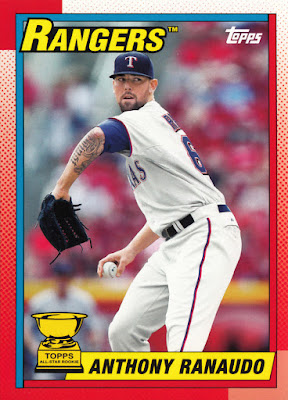 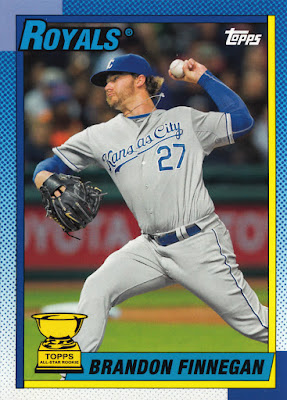 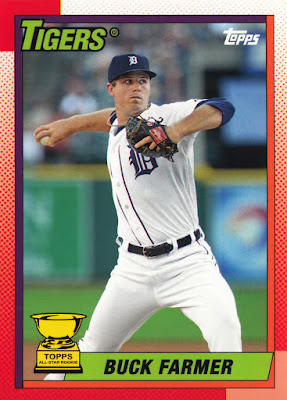 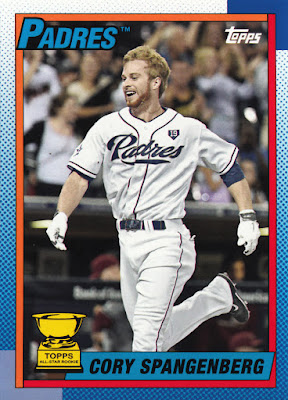 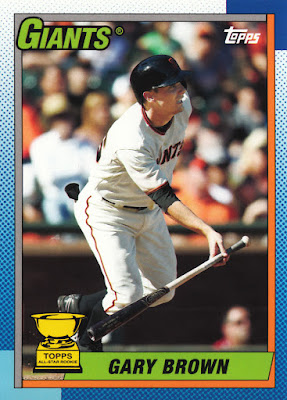 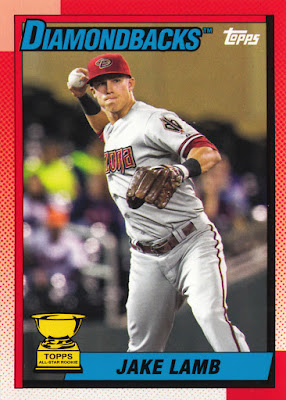 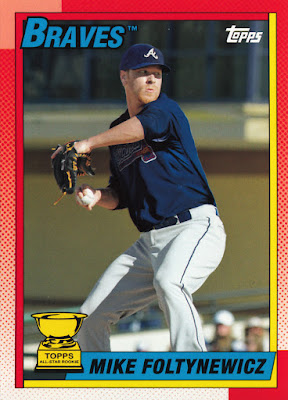 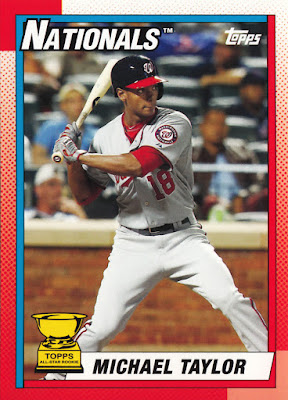 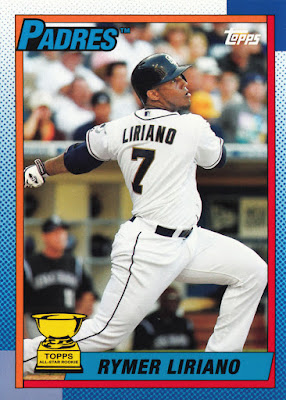 No super-big names here, but it didn't take away from the excitement of the discovery at all.  Back when these came out, I seriously kicked around the idea of swiping a complete set off eBay.  That would have set me back probably 20 bucks.  Not sure if I'm still going to try to hunt down the rest, but nailing down half the set for a buck is pretty nifty.  Heck, to just get the Dilson card off eBay would cost a dollar (plus shipping), and I've nearly pulled the trigger on that several times.

The only other cards from this insert set that I'd probably like to own are: Joc Pederson, Rusney Castillo and Maikel Franco.  I wasn't surprised that the Franco was M.I.A., as Phillies cards in this neck of the woods don't last very long in dime boxes.  Especially of a young star like him.

Anyhow, file this one as an unexpected joy.  And not the only bit of Archives luck I had at this month's show. I'll save that for a future post, though.

For those who celebrate, from my family to yours, have a happy and blessed Easter!