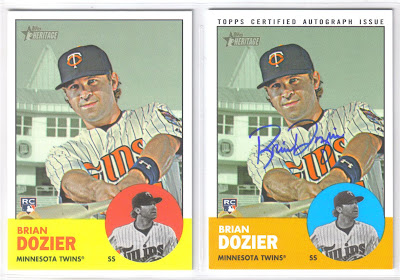 All right, the High Number box has been busted.  And I might as well just extinguish the suspense from the get-go, I didn't get a red ink Bryce Harper.  Or a Yu Darvish.  Or even a Jordany Valdespin.

I got the above Brian Dozier blue ink auto.  Hey, at least it's a rookie card.  Maybe he'll become the next Derek Jeter or something.  Being frank, I've never heard of the guy prior to seeing his name on the autograph checklist.

A little disappointed, BUT don't get me wrong.  I'm not complaining based on two factors: 1.) the baseball card gods have already spoiled me with the Mantle auto, and 2.) the rest of the goodies in the box well made up for an autograph of a rookie who may never even become the next Joe McEwing.

It's probably not very competent writing to pop the balloon before the party has even started.  But I figure if I saved the auto for the end you'd just skip all the crap in the beginning and middle anyhow.  I know I probably would!

Okay, onward we go.  I have chosen 27 of the 100 cards to display, and I've broken them up into three categories.  We've got the top rookies; the guys who switched teams; and then there's the guys who didn't switch teams but just didn't make the cut for the 500-card regular (and SP) checklist.

Rookies first?  Sure, why not.  This is the part I was most excited for, too, so why wait? 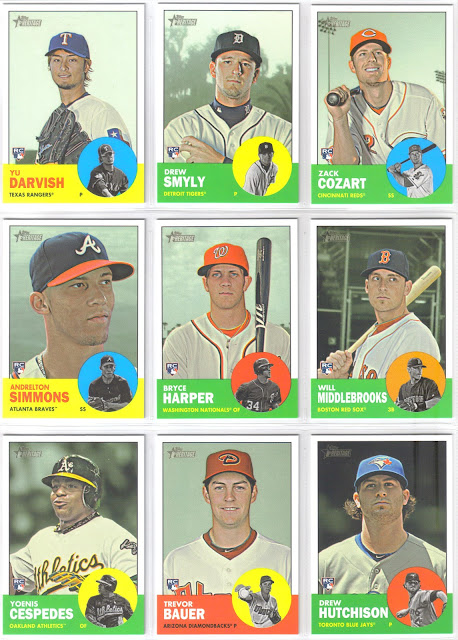 The we've got the guys who changed teams: 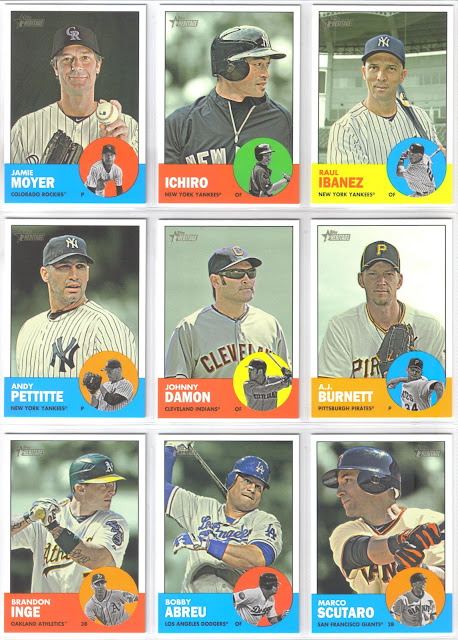 And finally, some young players and vets who didn't make it into the regular Heritage issue: 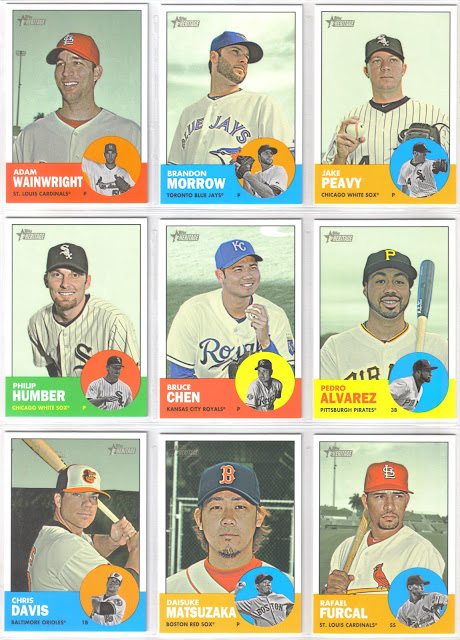 Some pretty nice cards included here.  Good rookie crop, some essential veterans and a handful of guys who are on the up-and-up.  I'm pretty happy with 'em all.

Oh, I nearly forgot!  What sort of Mets fan would I be if I didn't show the four Amazins who were included in this set? 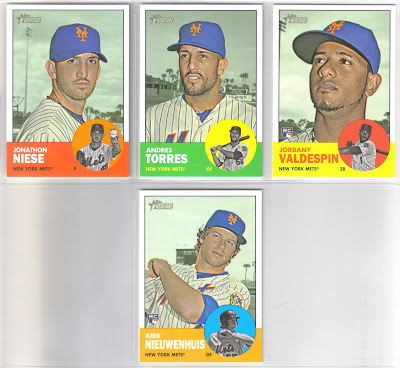 Not sure how Niese didn't find his way into the regular set, but at least Topps made good.  And, as far as head shots go, the Valdespin card is awesome.  They really captured the essence of the vintage cards with that one.

Well, that concludes my little run-though of the High Numbers box.  Though steep in price, this was a very worthwhile purchase and I'm glad I own this set.  I love the look of the '63-inspired cards, and it's great to have Harper, Yu, Ichiro and the rest for my Heritage '12 binder.

What can I say, I'm a Heritage lifer.