I nearly forgot to share the four separately wrapped baseball cards that Santa put in my stocking this year. Each was encased in a nice screw-down holder for safekeeping.  And, the best part, each was a David Wright card... 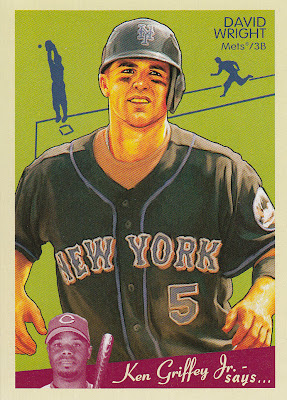 I don't know how he did it, but Santa took special care to get me cards that were missing from my player collection "have" list.  He must read this blog!  And perhaps he has a COMC account?? 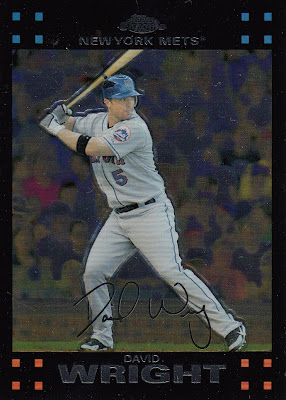 I could've sworn I already had this 2007 Topps Chrome issue, but I was wrong.  Who am I to second-guess Santa anyhow? 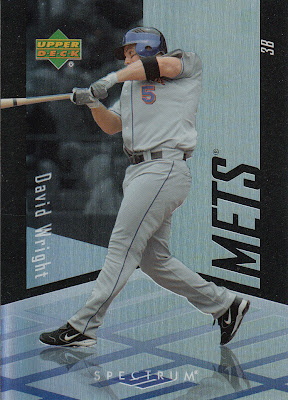 I really like the mirror effect on the "floor" of this card.  Upper Deck made some pretty, um, funky cards in the mid-'00s, but I think this one works. 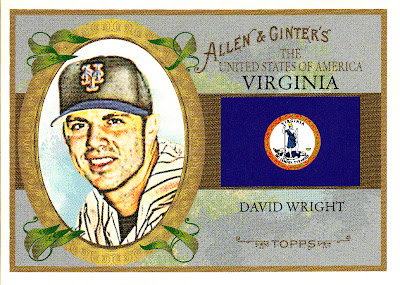 Allen & Ginter makes a nice insert.  I just wish they would stop referring to Virginia as a "state" though.