Aside from the vintage cards shown in my previous post, I picked up some dime box cards to fill some holes in my player collections or team collections.

The very pensive Frank Thomas above is among my favorite ten-cent additions.  Even though I don't like how he looks in an A's uniform, this is a pretty neat card. 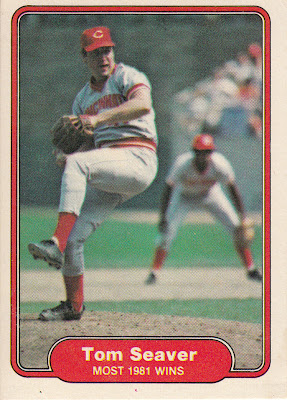 Speaking of not liking how a fella looks in a certain uniform, Tom Seaver should have never been made to slip on anything but the blue and orange of the Mets.  But, I digress. As for the card, Seaver's 14 wins in 1981 were the most in baseball, though four others also notched 14  (including Jack Morris and Denny Martinez).  His .875 winning percentage, however, was the best in the business in '81.  Seaver finished a close second to Fernando in NL Cy Young voting that year.

Oh, and speaking of speaking of, I found a Dennis Martinez that my collection lacked:

This is the first card I have of Denny in Orioles garb.  A neat-o fact on the back of this one informs us that El Presidente won the pitching triple crown at Triple-A Rochester in 1976. 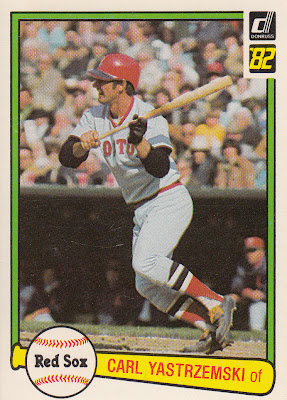 Hard to fathom that a guy who entered the 1981 season with 419 round-trippers would ever square to bunt, but there it is!  I also was pleased to learn that Yaz signed with Sox in 1958 as a shortstop out of... Notre Dame!  Go Irish!  [Ed. Note:  Yes, I am stupid enough to think that they will beat 'Bama next Monday.  Sue me.]


Ol' Casey was a beloved figure in New York sports in 'nem days.  His managerial acumen didn't do much to lift the Mets' winning percentage in the infancy of the club, but his persona did wonders at the turnstiles.  Per the back of this card, the 40-win Mets still drew over 900,000 to the ancient Polo Grounds in 1962. 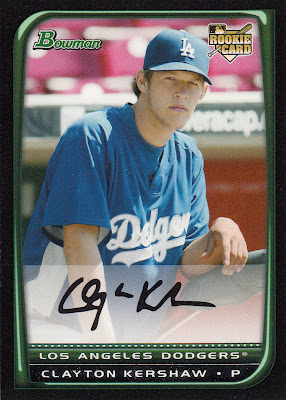 A Clayton Kershaw rookie for a dime?  Sure, why not!?

I also ventured into a little football at the show.  I really couldn't avoid it; there were lots of football dime boxes to indulge in.  So, I was on the lookout for Buffalo Bills cards and any neat Topps cards from the '80s. 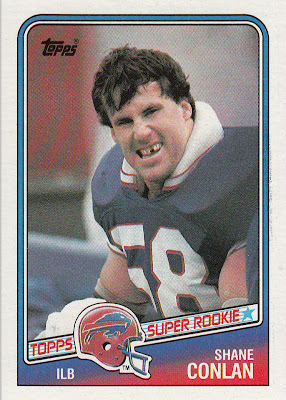 Does this not look like a pro linebacker?  I'm sick of today's football stars -- especially defensive players -- being so handsome or trendy and friendly.  In my book, linebackers should be nasty and lacking teeth. 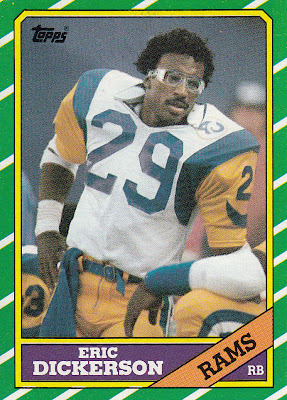 And, in a perfect world more superstar athletes would wear rec specs.  Rest easy, Mr. Dickerson, your single-season rushing record is safe for yet another year.

Finally, I found a few basketball cards for my Celtics collection.  I vowed recently to buy no further hoops cards unless they were Boston Celtics, but I couldn't resist this Topp Chrome gem:


Oh, and I also scooped up an unopened 2009 Topps Baseball factory set.  This was a set that I did not have in my Topps set collection, thus jumped at the chance to pick it up for less than $30.  I know set collecting purists out there will frown upon this -- and I can't say I completely disagree -- but this is the cheapest and easiest way to plug the gaps in my set collection.  Plus, it comes with those wonderful "Rookie Variation Cards"!

So that's my card show experience in a nutshell.  A few nice vintage pickups; some cheap odds and ends; and a Topps factory set.

That qualifies as a satisfying morning's work!