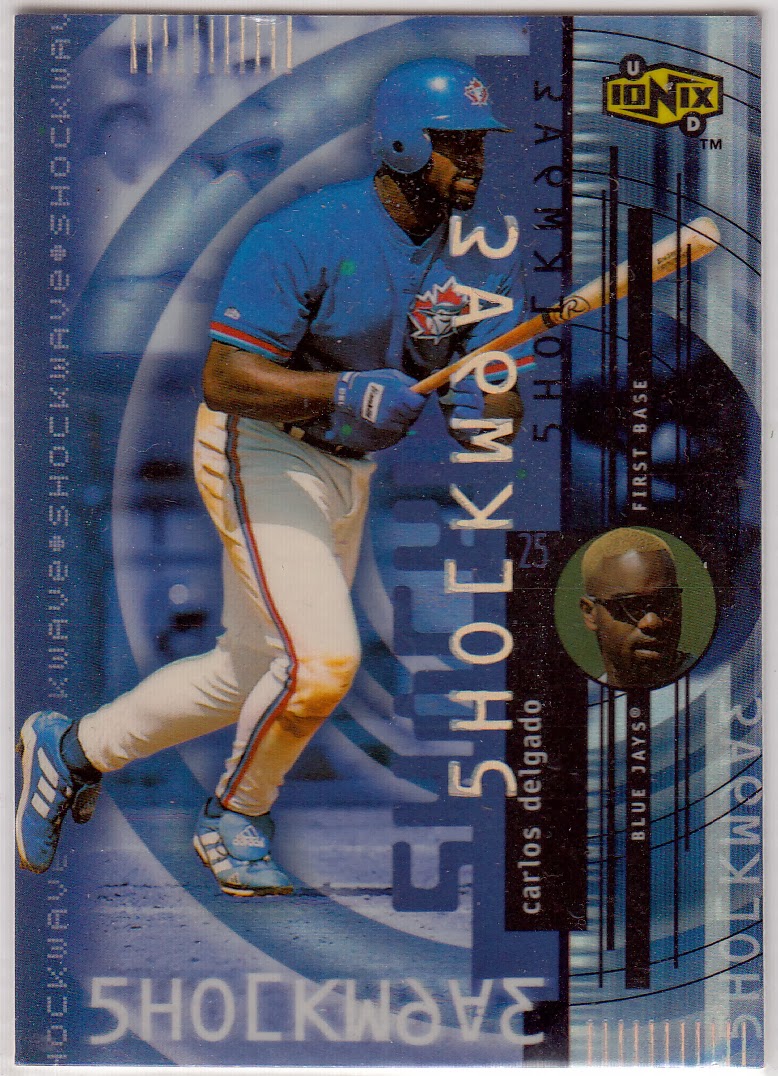 Not too long ago -- before I created a blog and even knew about the existence of the sports card blogging community -- I had a pretty different concept surrounding a great many hobby-related things.

Thanks to my fellow bloggers, I have greatly expanded my collecting horizons on a few fronts, while I've re-focused my efforts on others.  For instance, I have become much more of a team collector than I ever was before blogging.  And I've also become a much more serious set collector.

One area that I have not ideologically altered but has nonetheless been greatly impacted by the blogosphere has been my player collecting.  Before blogging, having 100 cards of a certain player was a tremendous accomplishment and almost unthinkable. 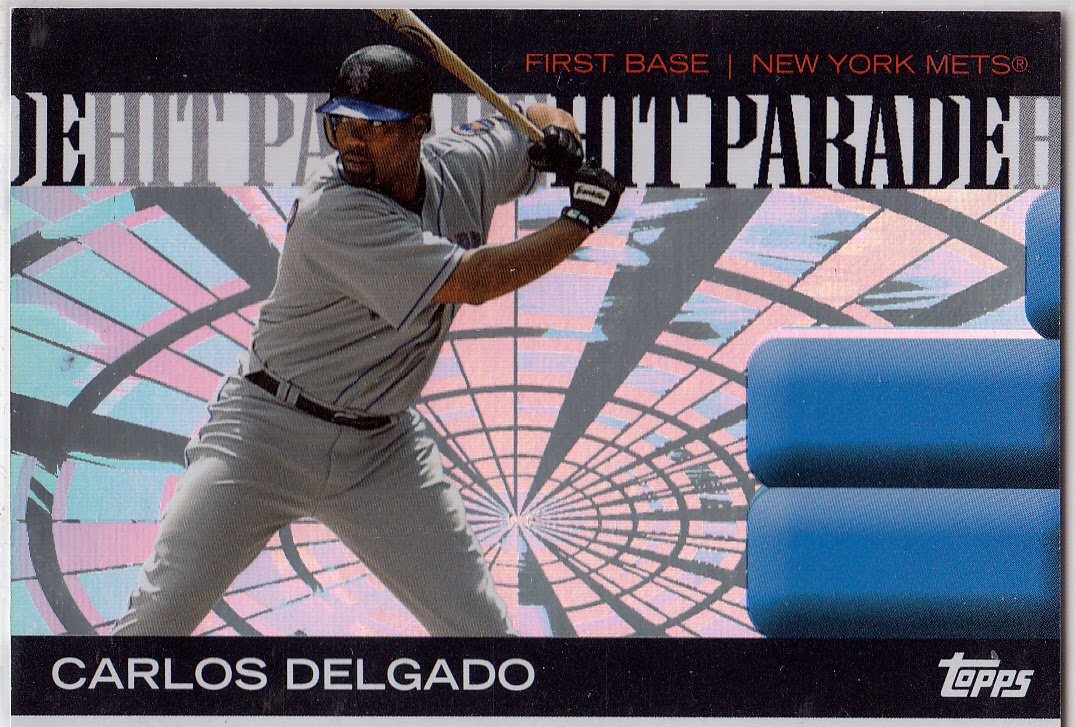 That's not to say hitting the century mark in the cardboard department is something to sneeze at, but my interaction with the many fantastic bloggers out there has expanded the dimensions of my player collections to heights I never would have expected a couple years ago. 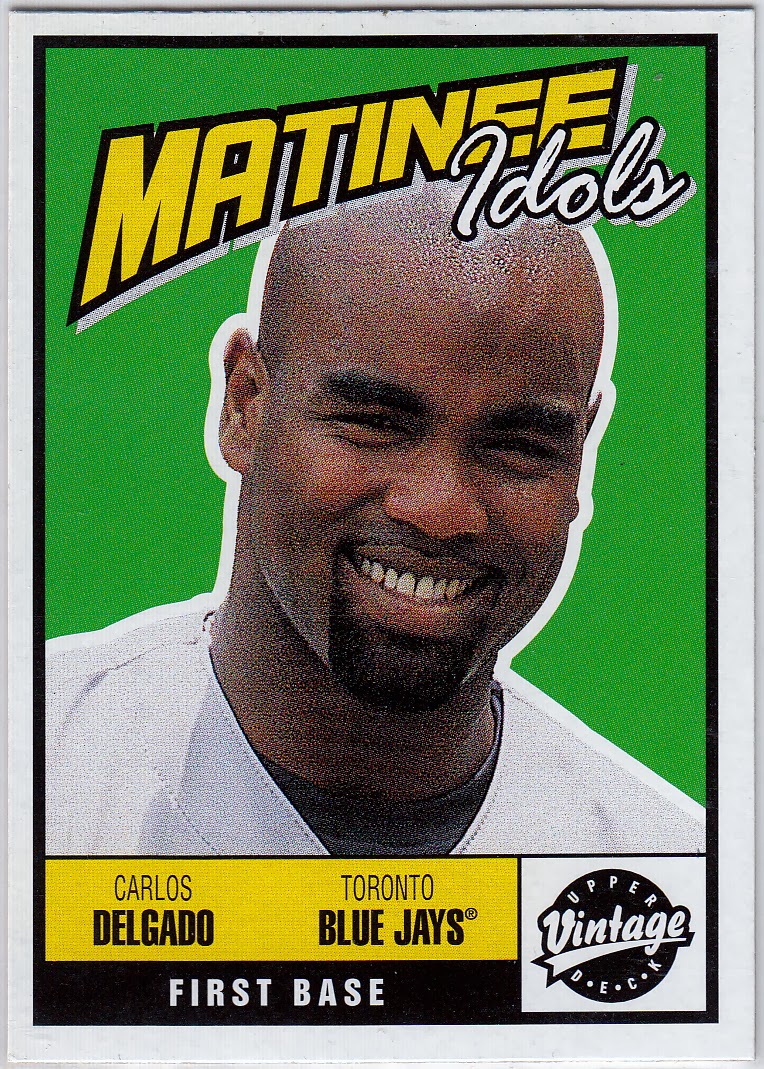 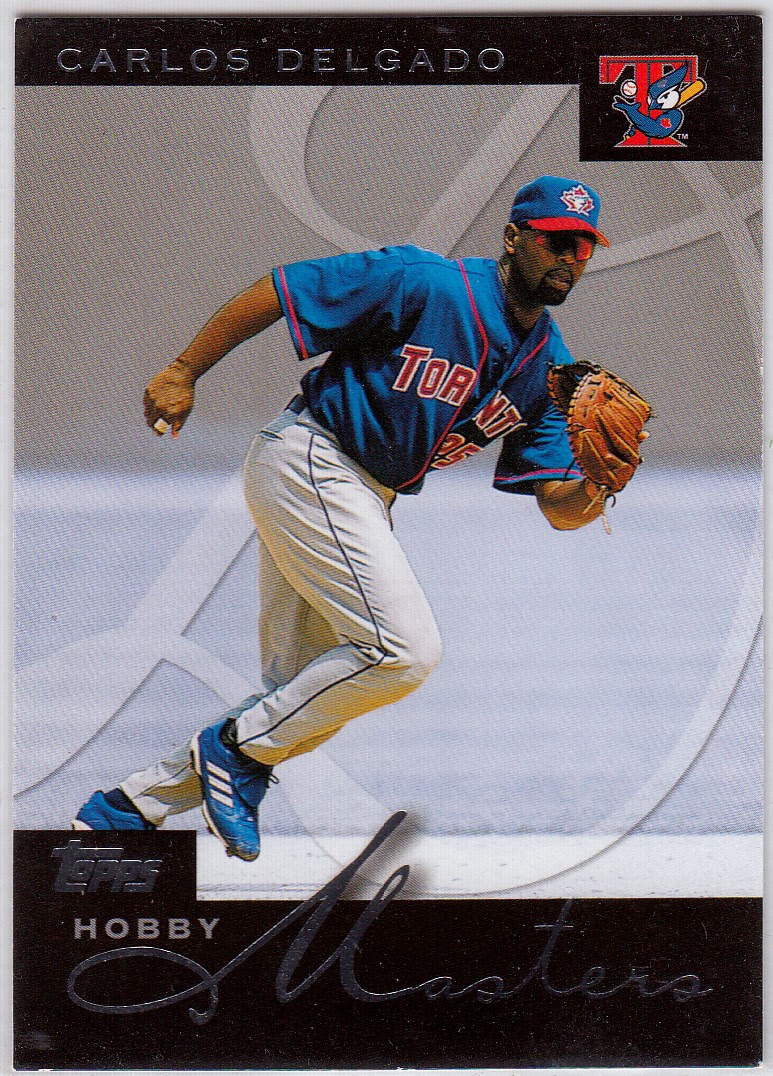 Carlos Delgado is a guy I casually collected Before Blogging, but in this A.B. (After Blogging) era, my Delgado collection has ballooned to 192 unique cards.  That includes the four cards of the retired slugger you see above; all courtesy of Bert Y. who operates Swing and a Pop-Up.

[By the way, all the cards you'll view in this post were recently sent over by Bert, who is one of the many friendly Red Sox bloggers/collectors 'round the 'sphere.]

While my Delgado cache has been beefed up, that's nothing compared to my Piazza collection. 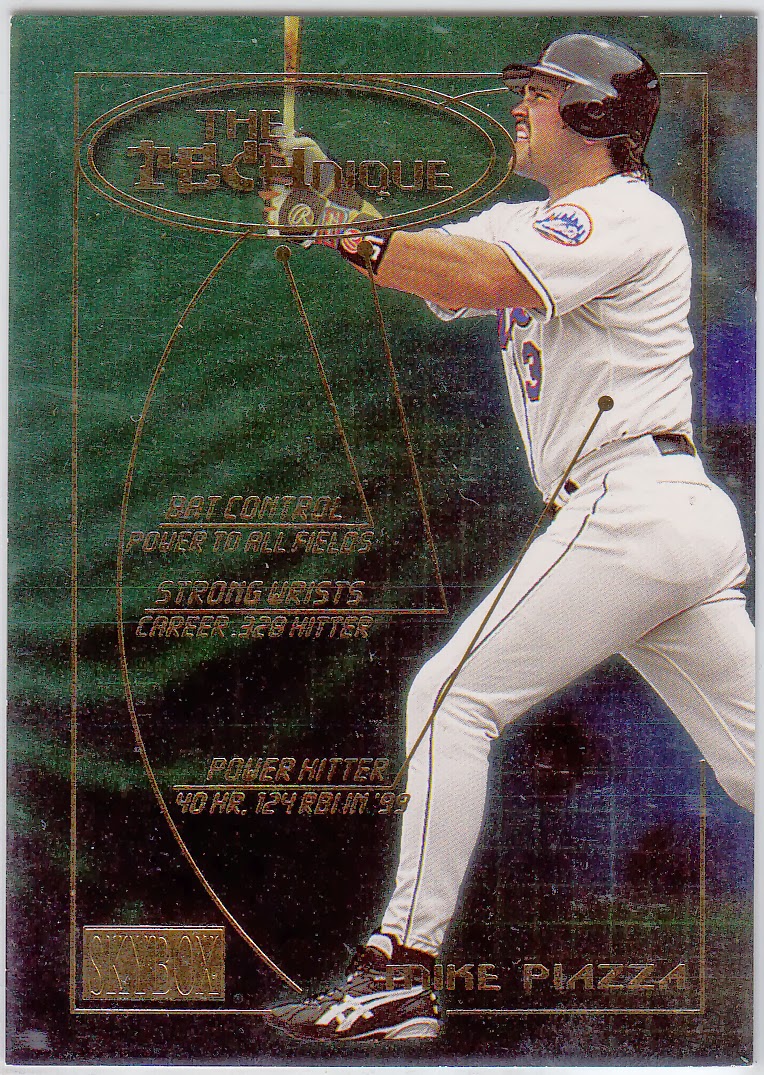 Thanks to guys like Bert, my Piazza count is up to 277.  I'm sure there are collectors out there who have twice as many cards of the should-be Hall of Famer, but to little ol' me, that's pretty amazing! 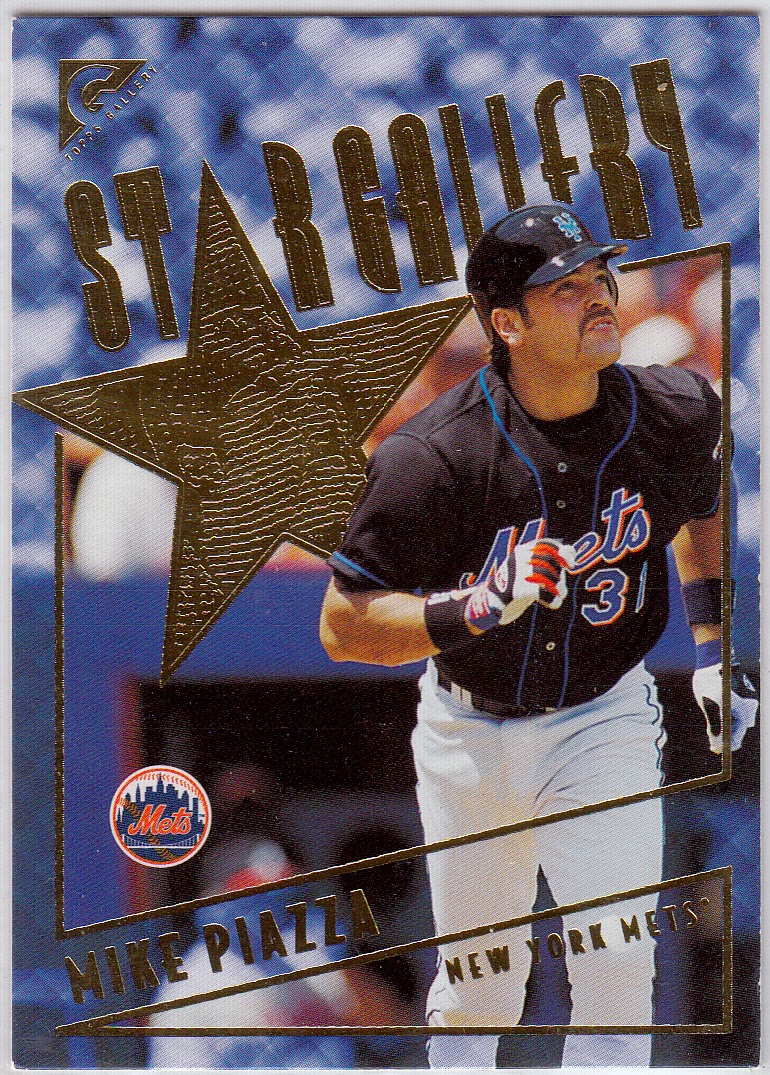 Of course, it's always easy to collect a player who suits up for your team.  But, I collect cards from Mike's Dodger days as actively and passionately as I do those from his days in Queens.  I love my Mets, but when it comes to collecting, I'm first and foremost a baseball fan.

No player exemplifies that latter line of thinking more so than Vladimir Guerrero. 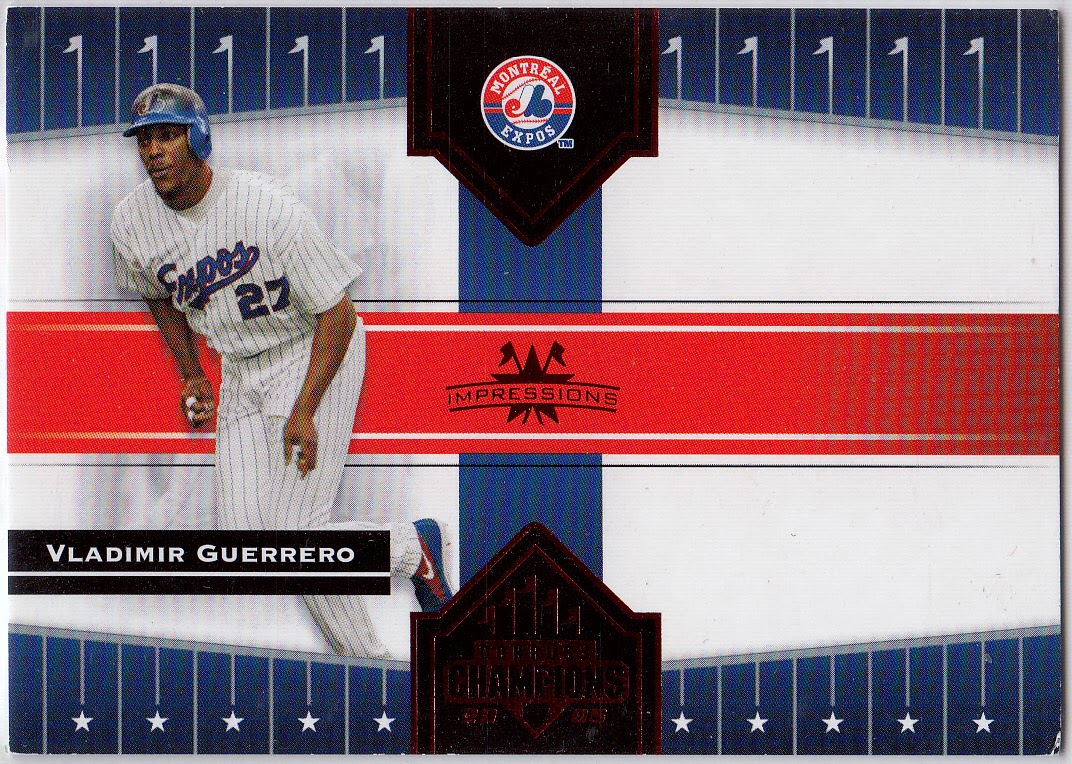 I thought I had quite a few cards of Vlad pre-blogging.  As of this writing, my Guerrero collection now stands at 309 cards -- my biggest player collection of them all. 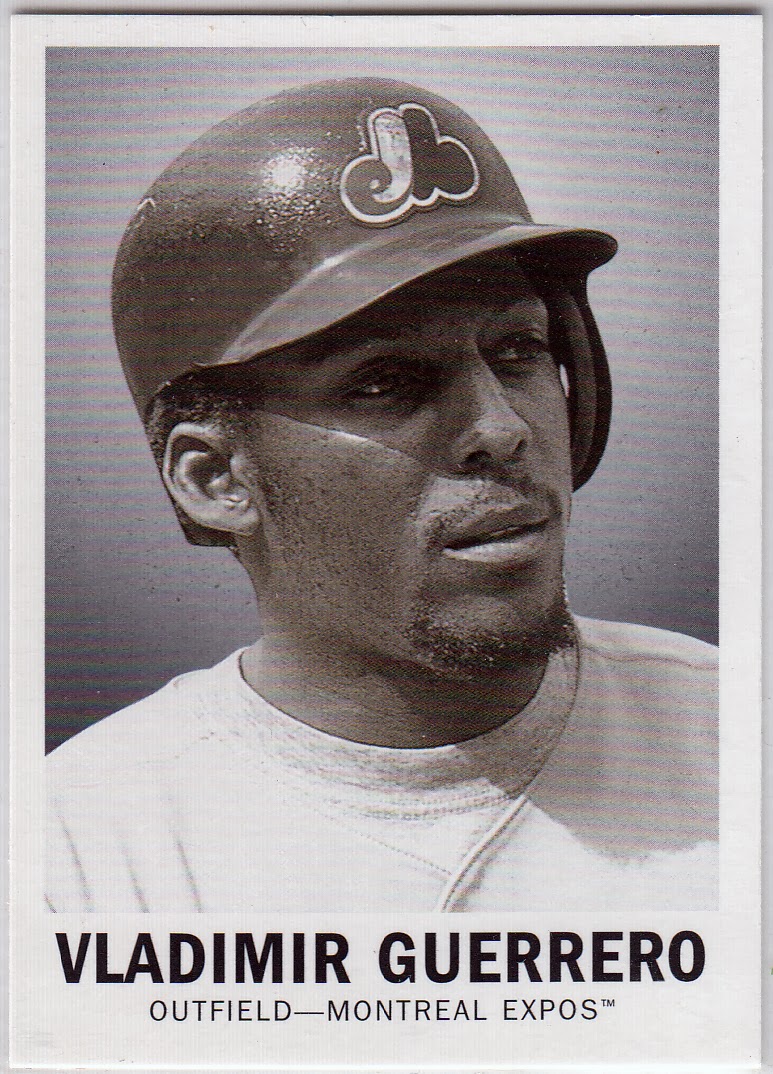 It certainly doesn't hurt that Vlad's prime days were in the jackpot zone of baseball card production.  So many companies, so many brands, so many parallels and inserts and redemption cards, etc.  That being said, what I have in my collection probably equates to the tip of the tip of the iceberg.  (For an out-of-this-world Vlad stockpile that is as epic than any out there, I'm thinking of my pal Nick.)

Of course, not all of my player collections are of the "heavy hitter" variety, in both a literal and figurative sense. 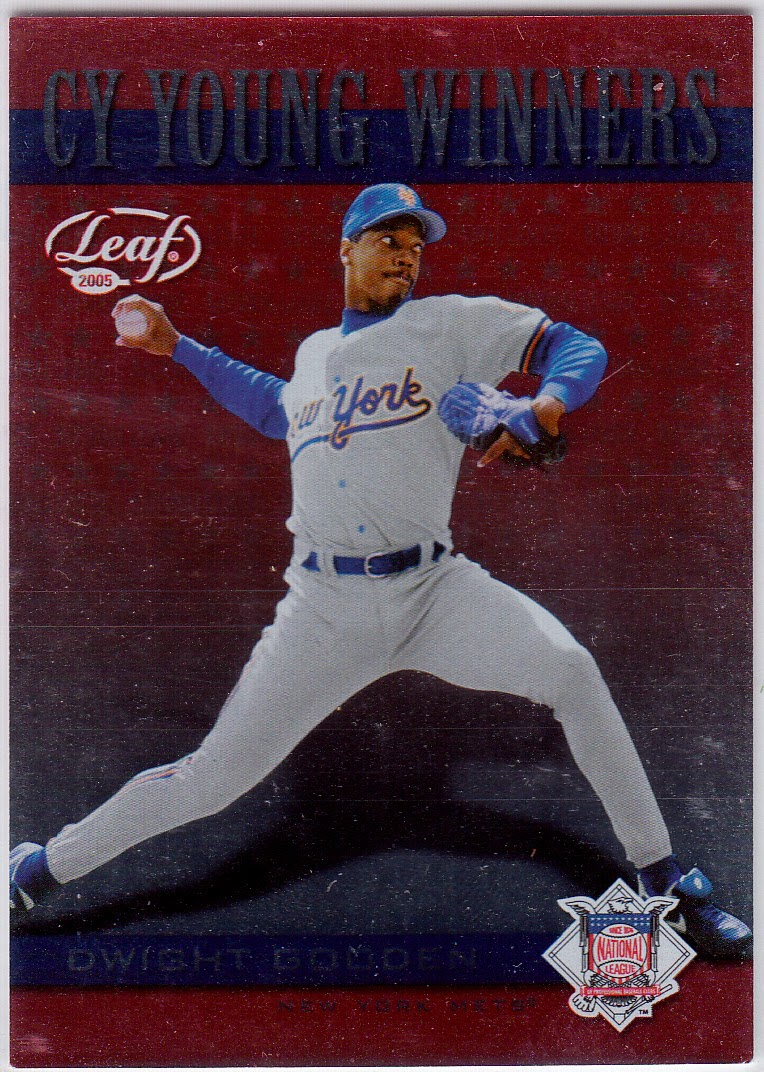 Though he was no slouch with the bat, Doc Gooden etched his name into prominence via his mound mastery. As far as my Gooden collection, it's now at 135 thanks to this shiny 2005 Leaf insert. 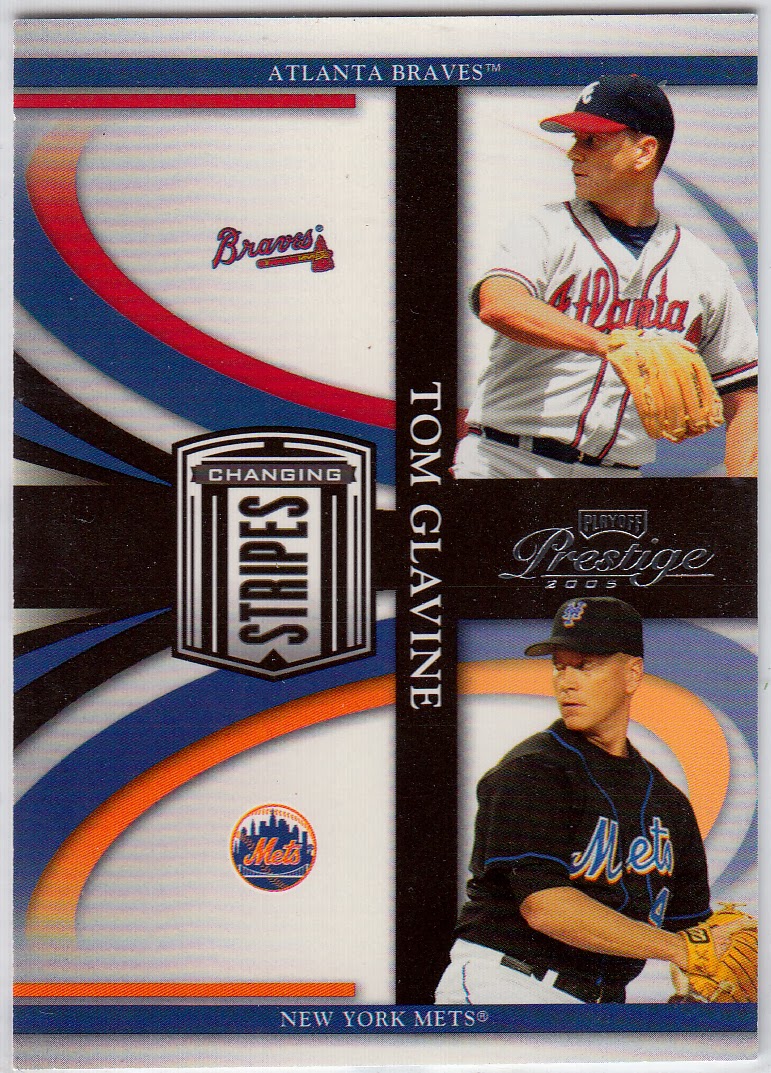 Yes, yes, Tom Glavine and his pals once tried to convince us and themselves that "chicks dig the long ball." But, none of that jazz got Glavine to Cooperstown.  I'm not sure how many cards of the crafty southpaw I've accumulated because I have yet to make a spreadsheet for him.  I'm confident the number is still quite shy of 100 cards.  But, hey, to me, anything more than 30 is pretty darn noteworthy.

Oh, and one final surprise goodie that Bert snuck into the yellow mailer he recently sent me: Sweet.  I'm still working on '77 Topps, and I'm in no great hurry.  It's always cool to get a card here and there for any set you might be working on, but especially a vintage set.  It helps you appreciate the cards more.

A big tip of the hat to ya, Bert!  Thanks for being one of the "heavy hitters" who I've been lucky enough to swap with over the past year-plus.