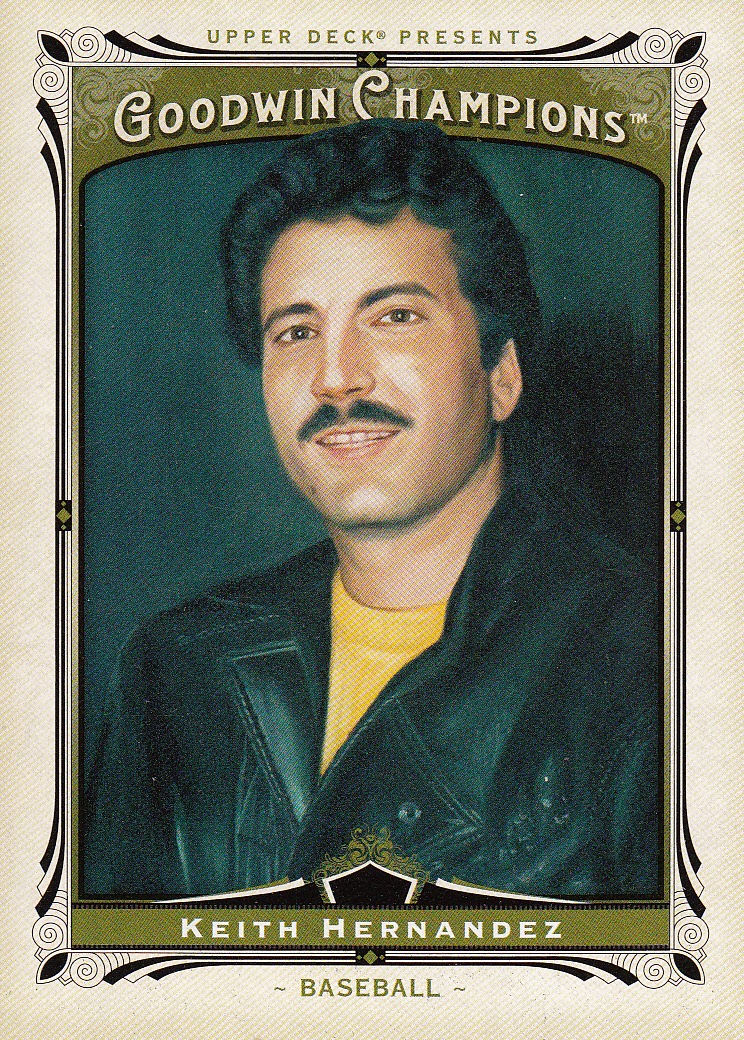 I was the beneficiary of a recent cardboard purge over at Hot Corner Cards.  Not only did I receive a handsome sum of New York Mets, but a goodly number of horizontal beauties for my frankenset project.

This dapper-looking Keith Hernandez card was one of the many Mets highlights.  And there were many highlights.  A whole box full of 'em, in fact.

Here's a snapshot of some of the other noteworthy additions to my burgeoning Mets collection... 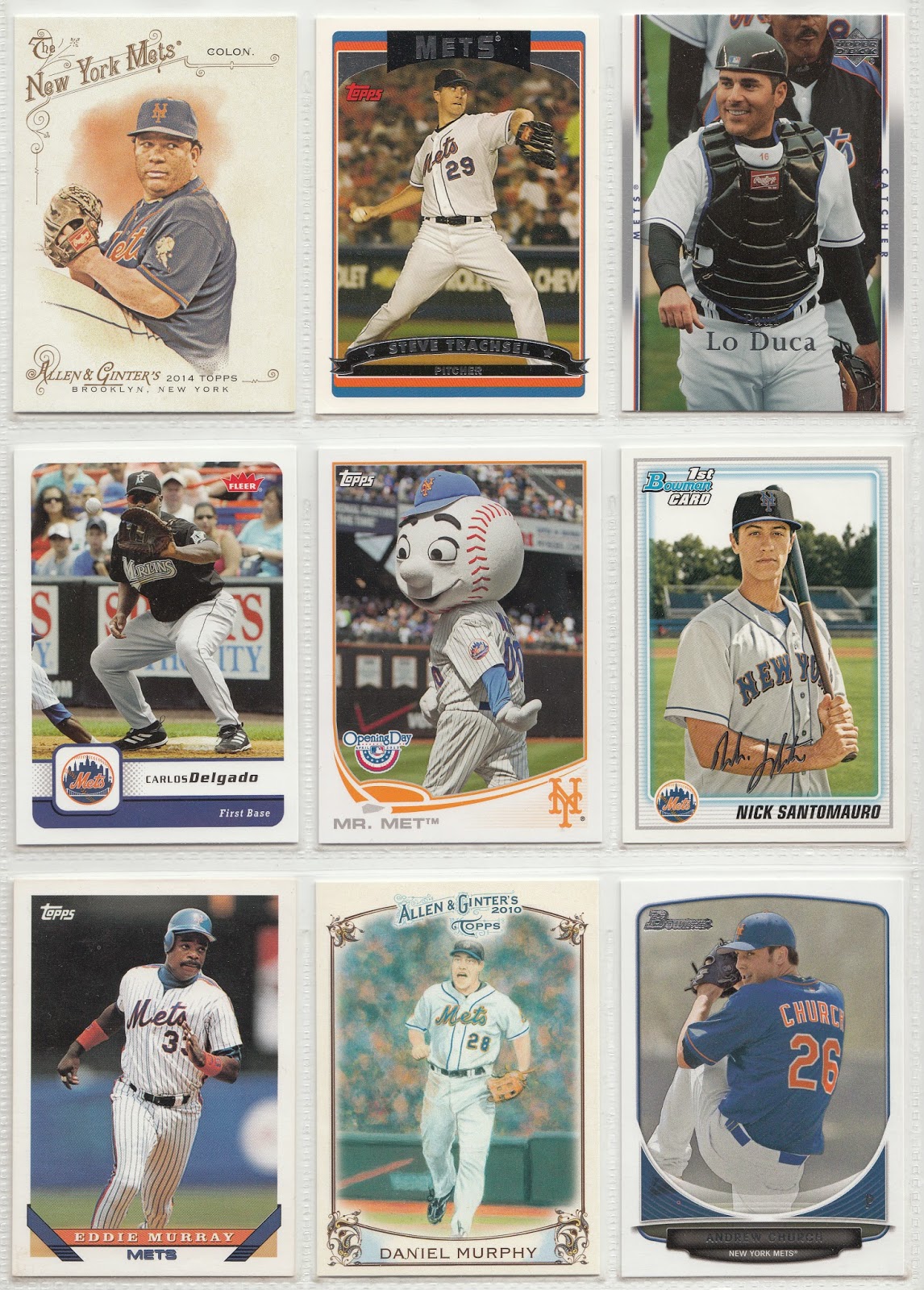 A new Mr. Met card for my collection is always a great occasion! 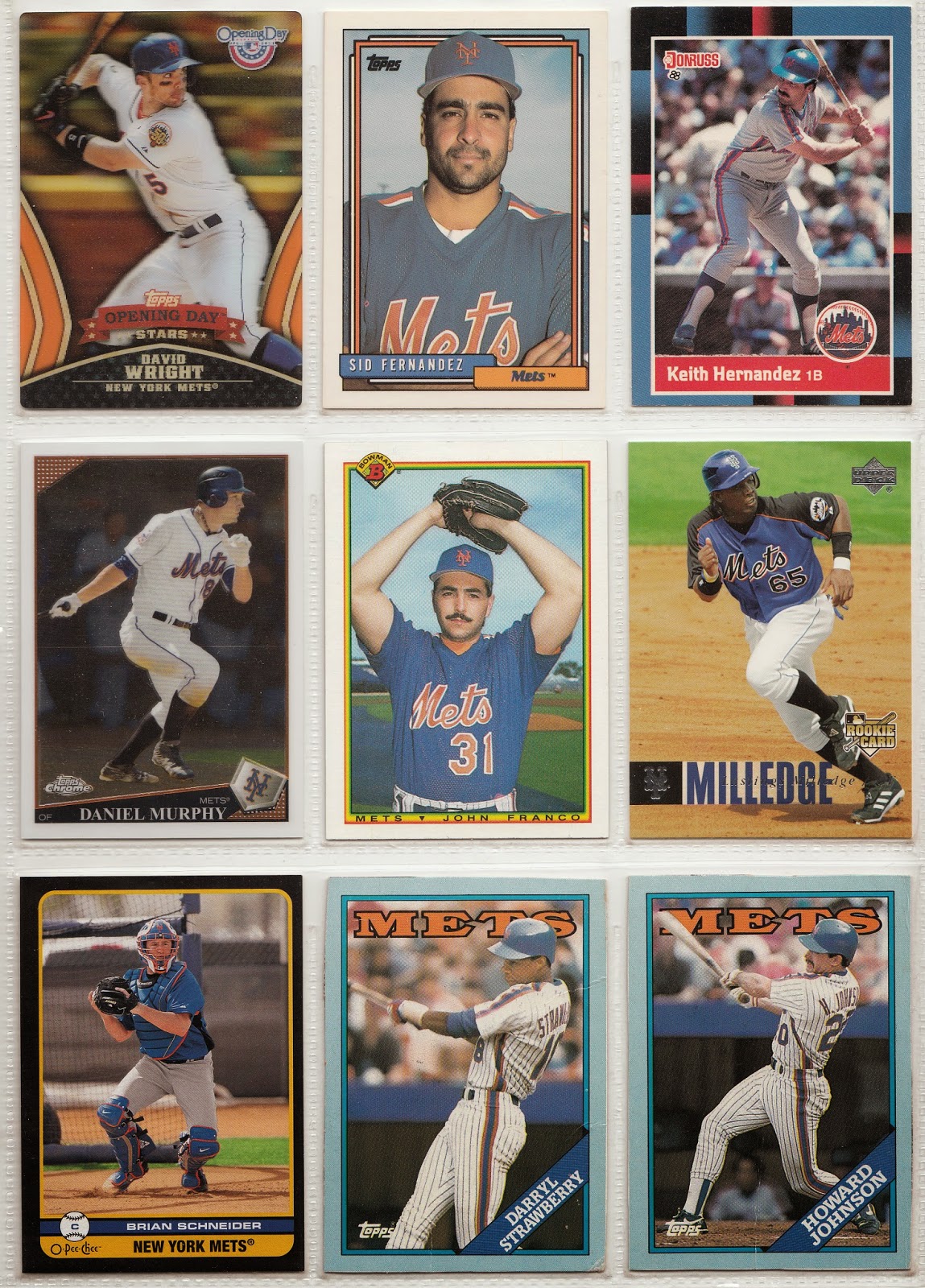 Woo Hoo!  A pair of '88 Topps box bottom cards!  I always look for these things on eBay, etc. 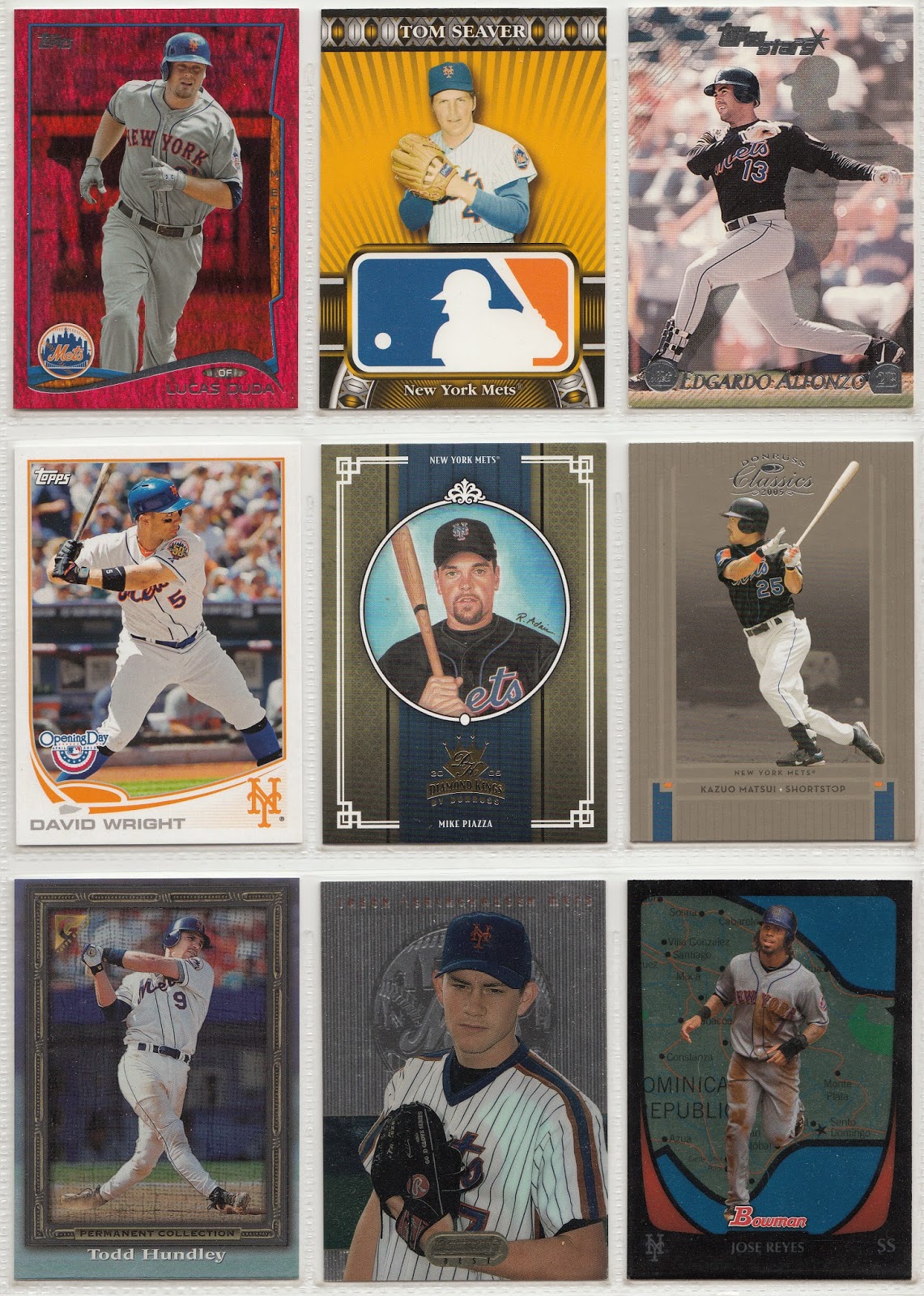 The Fonzie Topps Stars card in the top right and the Hundley Gallery on the bottom left are among my favorites of the lot. 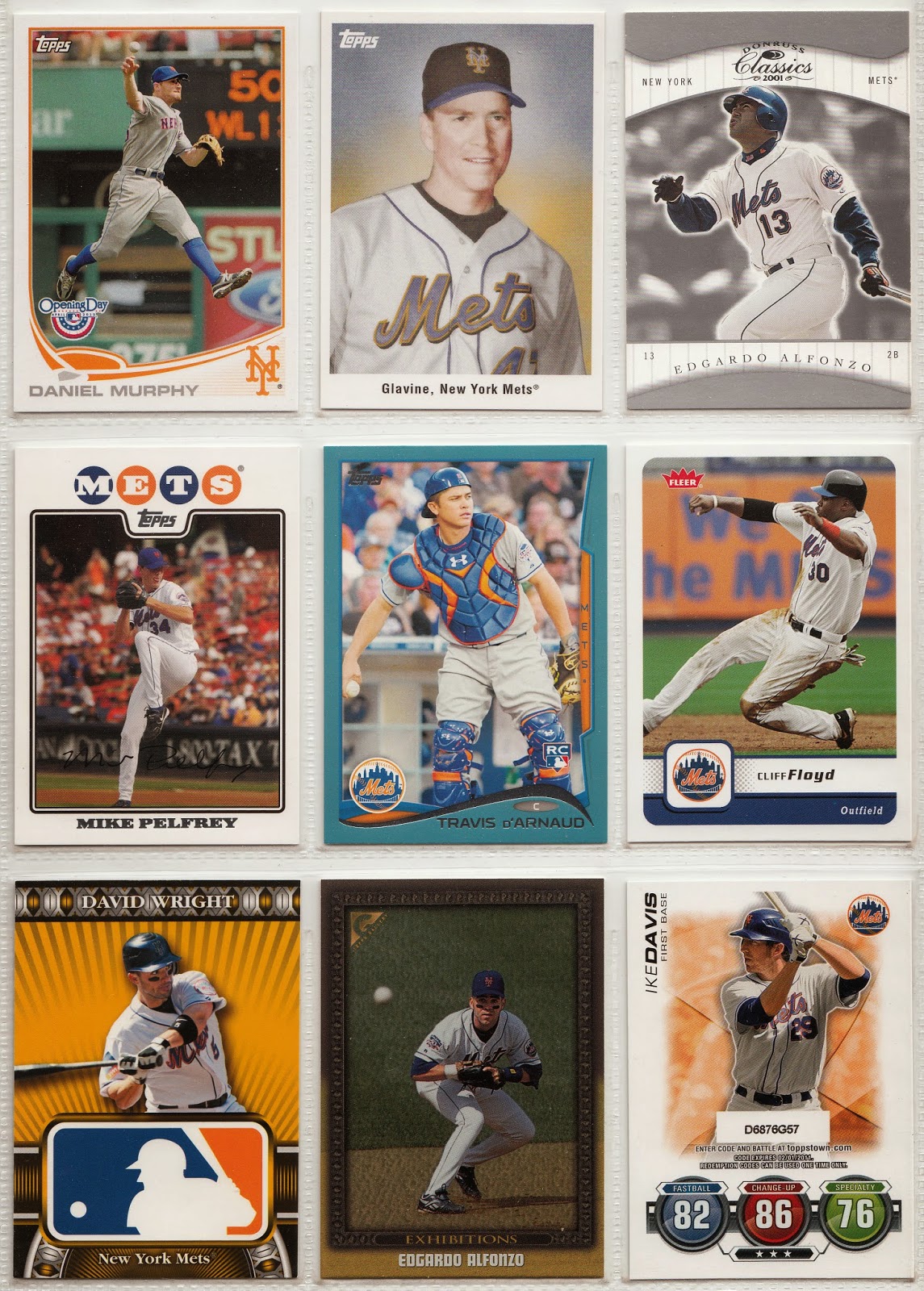 One of my favorite Mets cards of 2014 is Travis d'Arnaud's Topps base card.  I'm happy to get as many of the variations of it that I can! 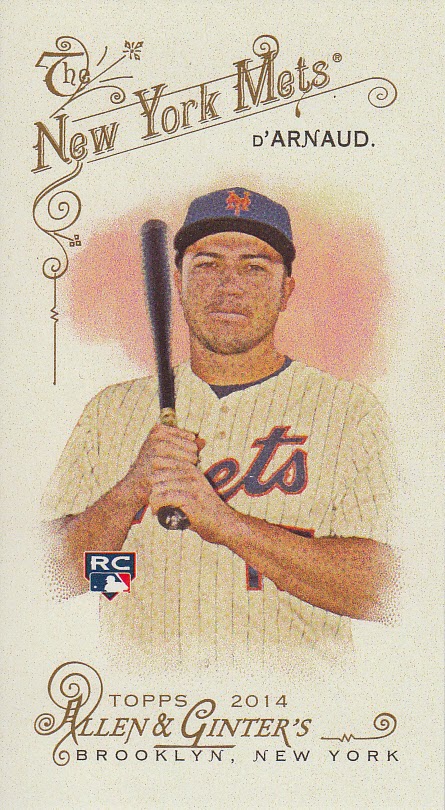 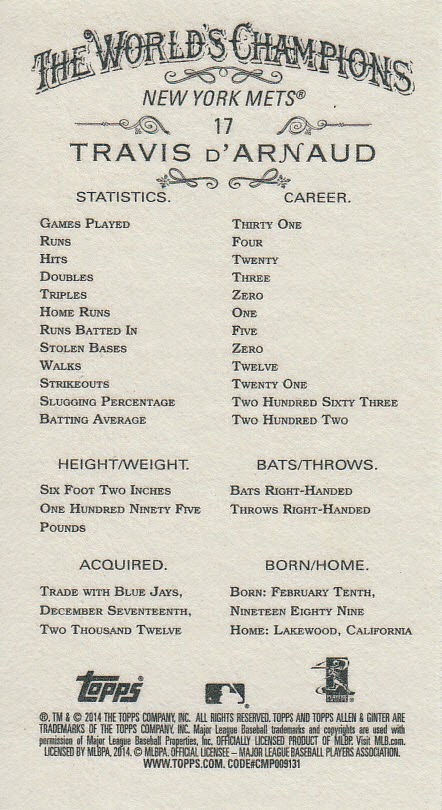 Still working my way towards a full page of Mets minis from A&G and Gypsy Queen.  This TdA rookie is a great addition to that pursuit. 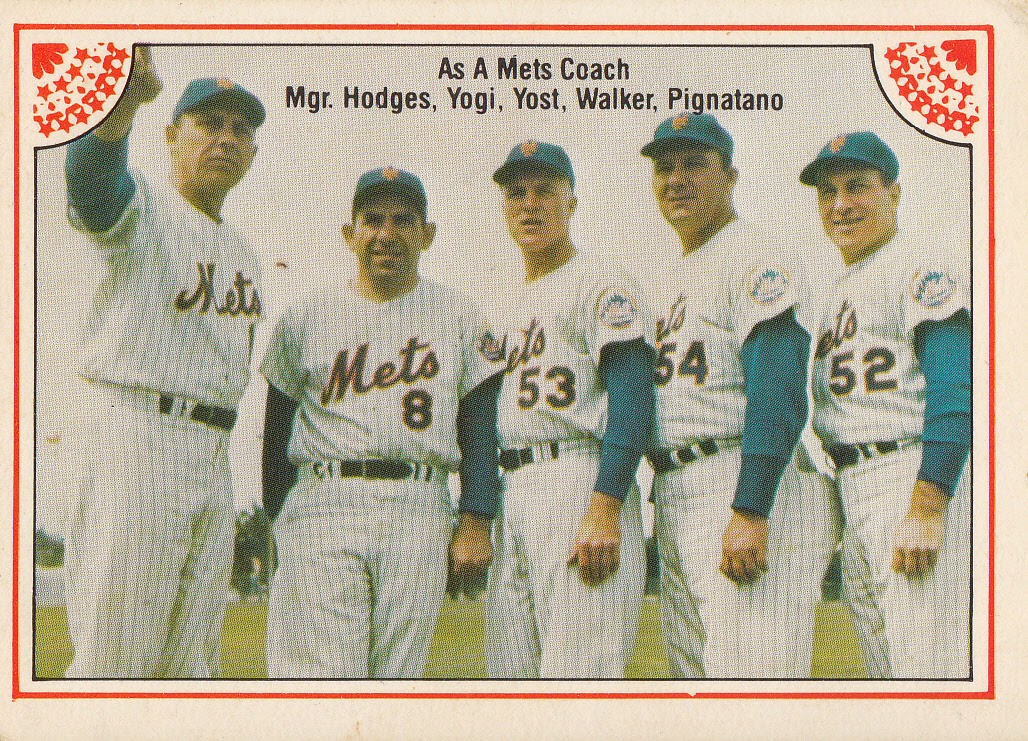 This is from a 1983 Yogi Berra odball set.  I'd say this quintet qualifies for a pretty good baseball staff!

And now for a look at some of the horizontal highlights, or the elite eight, if you will.  Each of these has been granted a spot in the Horizontal Heroes frankenset...

If it sticks, this would be the second Derek Bell Padres-era card that would be in the set, joining his '94 Fleer (#655).


Gotta have Hunter Pence, right?  Even though I heard he doesn't like horizontal cards.


One of the coolest photographs from the 2012 collection season.  Obviously pre-beard for Werth.


Why is Morales out of focus??  Very strange.


Nothing flashy here, but just a good-looking photo of the ageless Ibanez tracking down a fly ball.


A catcher-in-gear-squatting photo that I couldn't say no to.


One of the most iconic Upper Deck cards from the early years of UD.  The Chicken makes the frankenset!


A great on-deck shot of the former Jays third baseman.  I've also got Gruber's 1992 Topps card (#288) earmarked for the frankenset.  Both cards are outstanding.

Pat, I'm happy to have been the recipient of the cardboard bounty.  Thank you!