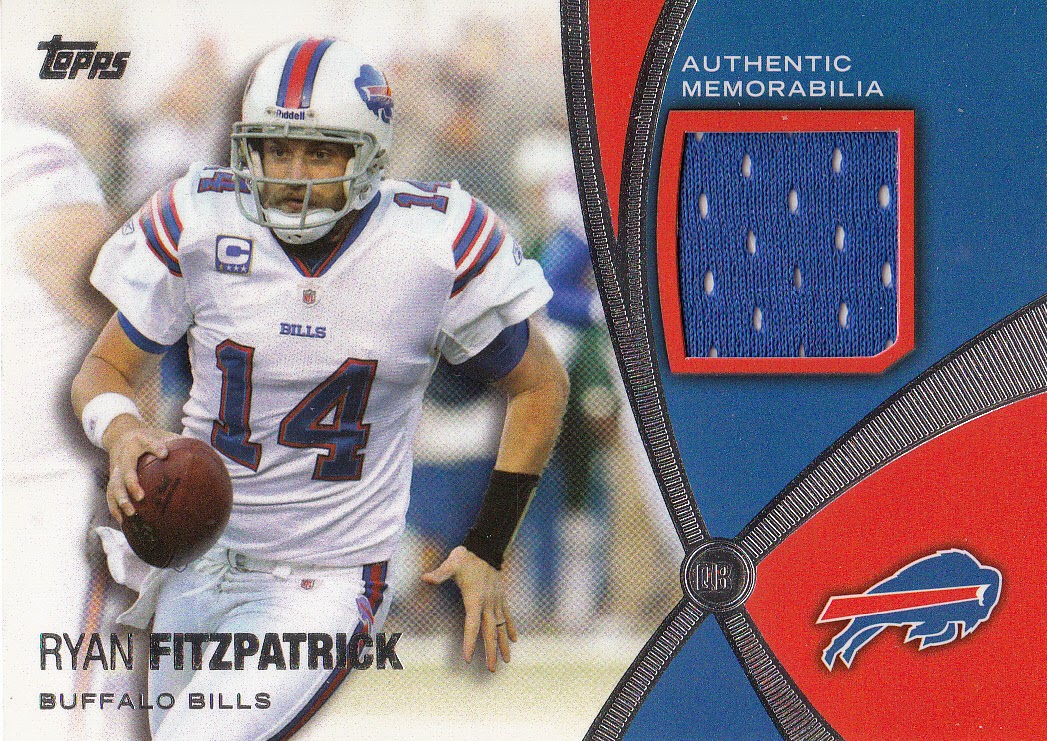 Coming off a humbling loss at Ralph Wilson Stadium last Sunday, the Buffalo Bills (2-1) begin a two-game road trip this afternoon against yet another familiar face.

Last week, Buffalo suffered a 22-10 setback against the surging San Diego Chargers, whose coaching staff includes offensive coordinator Frank Reich, a former-Bill who backed up Jim Kelly during the Super Bowl runs of the '90s.

With today's matchup, Bills fans don't have to go back quite so far in team annals to find a Buffalo connection, as Ryan Fitzpatrick will lead the Houston Texans (2-1) into battle against his old team in a 1 p.m. kickoff at NRG Stadium.

Both teams sport identical records and both took their first loss in Week 3.  The Texans were rolled by the New York Giants at MetLife Stadium, 30-17, as Fitzpatrick threw three interceptions.  The Texans were without Arian Foster, who sat out the game with a bum hamstring. 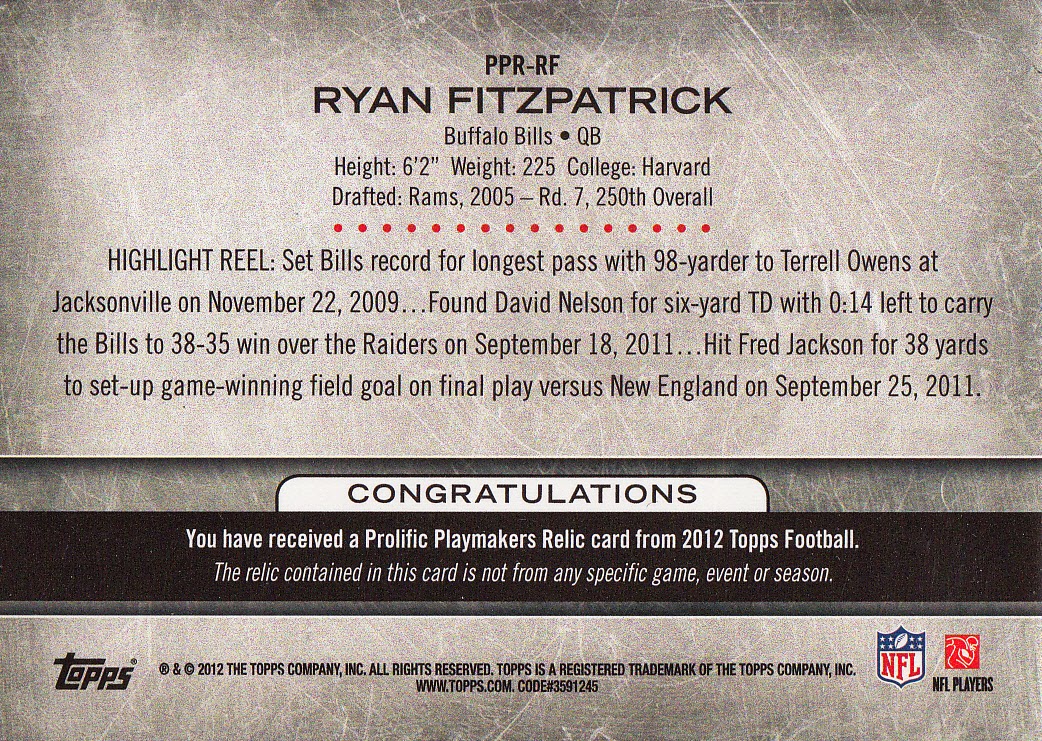 Fitzpatrick, a former seventh-round draft selection out of Harvard by the St. Louis Rams, played four years in Buffalo, compiling 11,645 yards, 80 TDs and a 20-33 record between 2009 and 2012.  He ranks fourth all-time in Bills history in passing yards and third in passing touchdowns, trailing only Jim Kelly and Joe Ferguson in the latter category.

Remarkably, Fitzpatrick became just the second passer in Bills history with three consecutive 3,000-yard seasons when he accomplished the feat, 2010-2012.  The only other QB to do it was Hall of Famer Jim Kelly, who strung together five straight 3,000-yard campaigns between 1991 and 1995.

And, as the back of this 2012 Topps relic card points out, Fitzpatrick also holds the Buffalo record with a 98-yard scoring strike, as he hooked up with Terrell Owens for the historic score back in November of 2009 in Jacksonville.

Accolades aside, most Bills fans couldn't wait to move beyond Fitzpatrick following another underwhelming season by the team in 2012.  Buffalo never won more than six games in any of Fitzpatrick's four seasons, and most pointed to the QB position as a leading culprit.  [Ed. Note: Your's truly was not among them, as I always supported Fitz and still consider myself a fan of his presently, but I digress.]

So now Buffalo is in season two of the EJ Manuel era while Houston is Fitzpatrick's second stop following a one-year stint as Tennessee's backup.  And it all comes full circle with today's critical conference matchup.  The winner will hold a 3-1 mark through the first quarter of the season and have an early edge in potential tie-breakers down the road.

The last time the Bills posted three wins through the season's first four games was 2011, when the team--behind Fitzpatrick--began 3-0 and 5-1 before losing nine of its final 10 games.

The Texans are a three-point home favorite for today's contest.