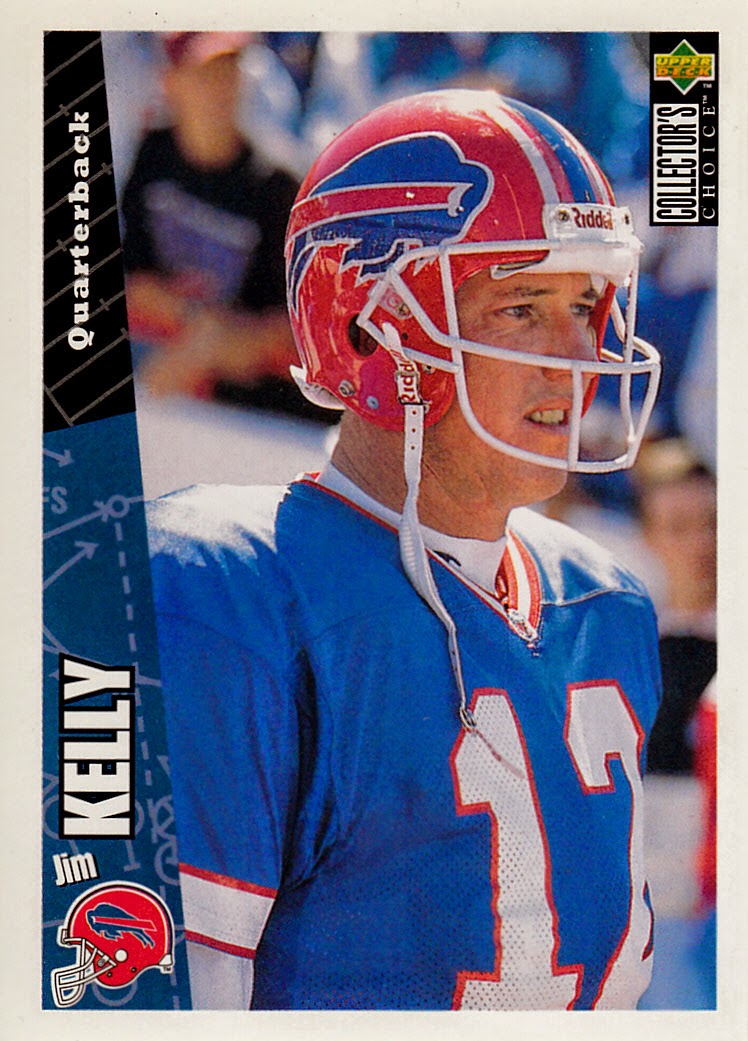 Off their by week, the Buffalo Bills (5-3) begin a daunting November slate with a critical clash against the Kansas City Chiefs (5-3) in Orchard Park.  Kickoff from Ralph Wilson Stadium is 1 p.m.

The Bills stifled the Jets two weeks ago in New Jersey, pushing them two games over .500 and right into the thick of the AFC playoff picture.  Starting with today's game, three of Buffalo's four November contests are against teams vying for an AFC playoff spot.  Any slip ups, and the Bills would forfeit an important potential head-to-head tiebreak advantage.

The winner of today's game will sit at a cushy 6-3 in an ultra-competitive conference, while the loser would face complicated odds over the final seven weeks of the season.  A loss for Buffalo would mean a fourth conference loss.

The Bills likely will be without the services of two important offensive pieces in tailback Fred Jackson and rookie wideout Sammy Watkins, both of whom are nursing injuries.  Each is officially listed as questionable on the injury report.  If Jackson doesn't suit up, Boobie Dixon will once again get the bulk of Buffalo's carries, while speedster Marquise Goodwin and veteran Mike Williams will be asked to step up in the absence of Watkins.

The Bills are mostly healthy on the defensive side of the ball, which will be key in keeping dangerous running back Jamal Charles and explosive young TE Travis Kelce in check.  Andy Reid's offense is in capable hands with quarterback Alex Smith, who has 11 scoring strikes versus just four interceptions.

The Chiefs, winners of three straight, are slight favorites this afternoon, showing at -2 in some sports books. 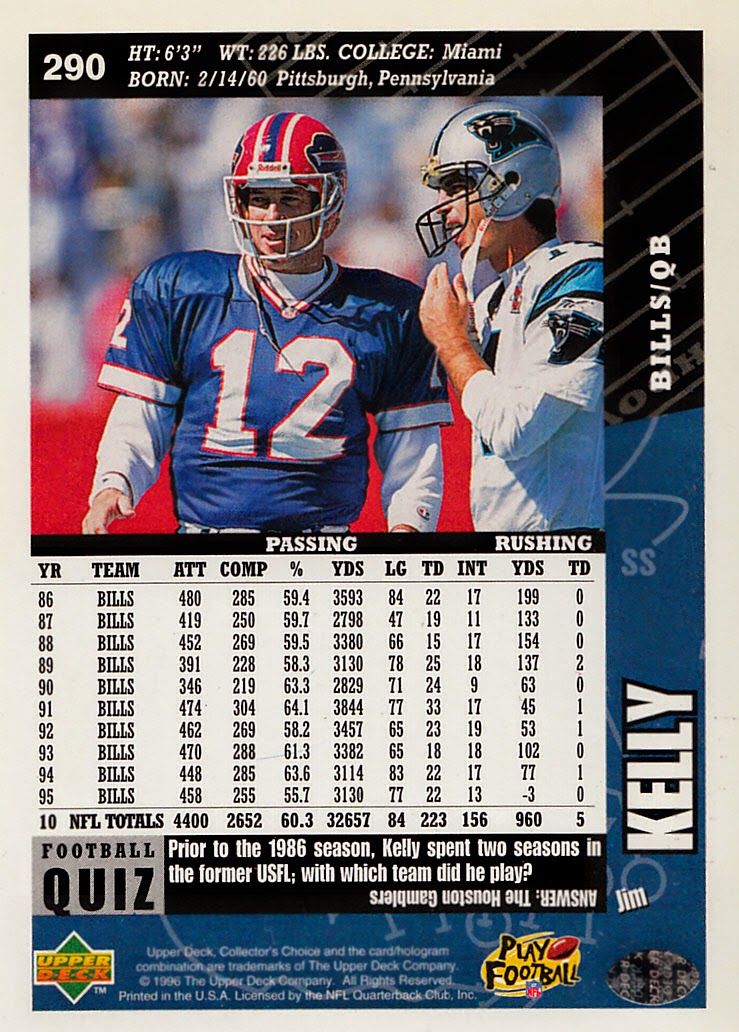 As for today's card, I went with Jimbo from '96 Collector's Choice since the Hall of Famer's final regular season game was against the Chiefs on the final day of the 1996 season, a Bills victory to clinch a playoff berth.

Speaking of playoffs, the last time the Bills began a season 6-3 was the 1999 season, which also happened to be the last time Buffalo qualified for the postseason.

I'm having a tough time trying to get a feel for this game.  The odds are much longer if both Freddie and Sammy don't play.  But, even if they do, the Bills need to show more consistency on offense.  With Goodwin healthy again, I'm hoping to see Kyle Orton give him a shot or two down the field.

I'm always hopeful, but I'm wary of a hot Kansas City team that has an aggressive defense and, I hate to say, a decided advantage in the coaching department with Reid.  The Bills will have to play a clean, smart game to come away with a huge 'W'.