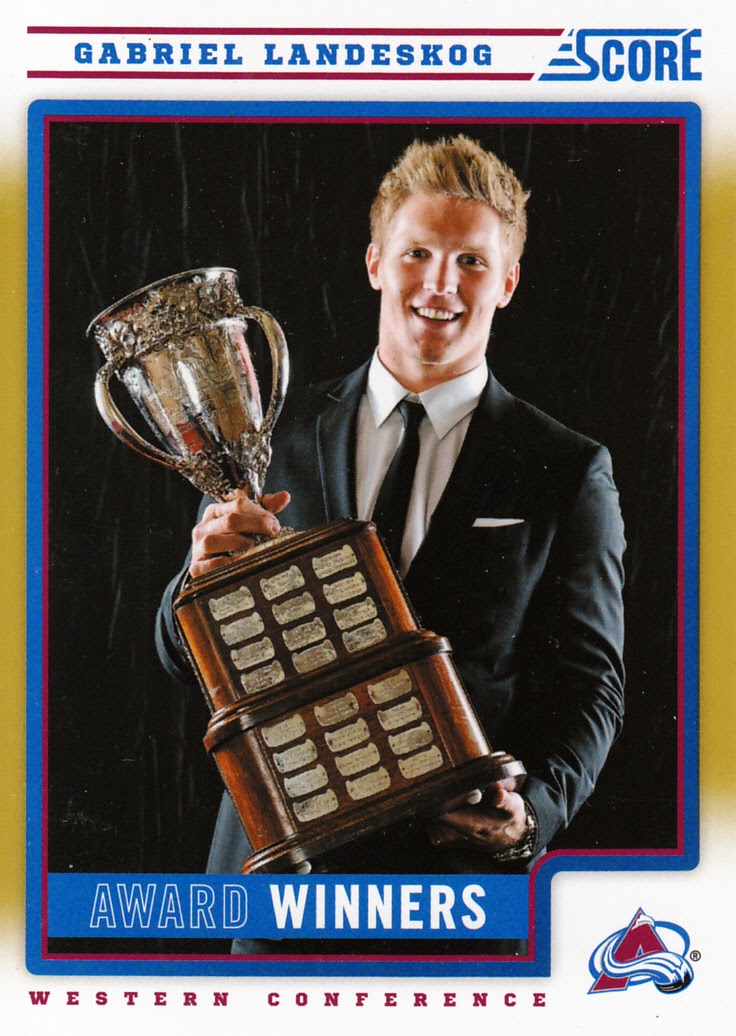 As I understand it, our friends in Canada already celebrated their Thanksgiving holiday last month.  Nevertheless, Douglas from Buckstore Cards kept on giving when he recently floated me a surprise PWE chock full of Gabriel cards!

My favorite non-baseball Gabriel is without a doubt the young captain of the Colorado Avalanche, Gabriel Landeskog.  The Swedish left winger is already a pretty decorated dude, with a Calder Trophy and an Olympic sliver medal on his resume. 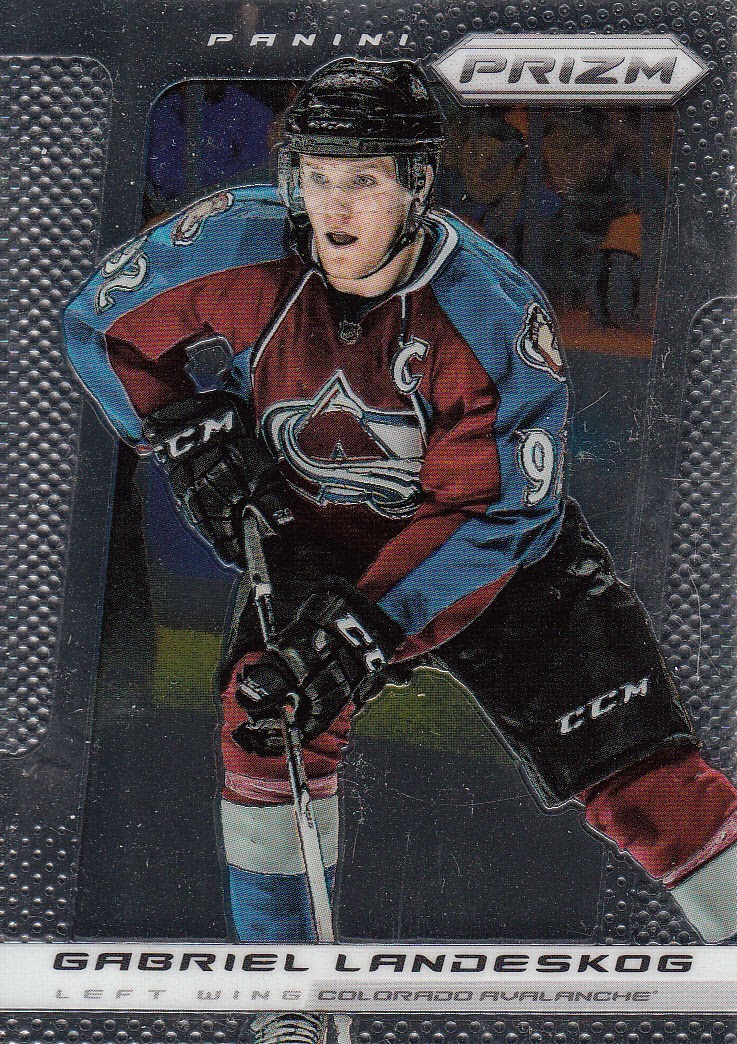 Unfortunately, he's off to a slow start this year.  Then again, the Avalanche are pretty terrible.  Patrick Roy has his work cut out for him.

Moving on, Douglas previously provided me with my first jersey cards for the Gabriel collection.  And now my first autograph! 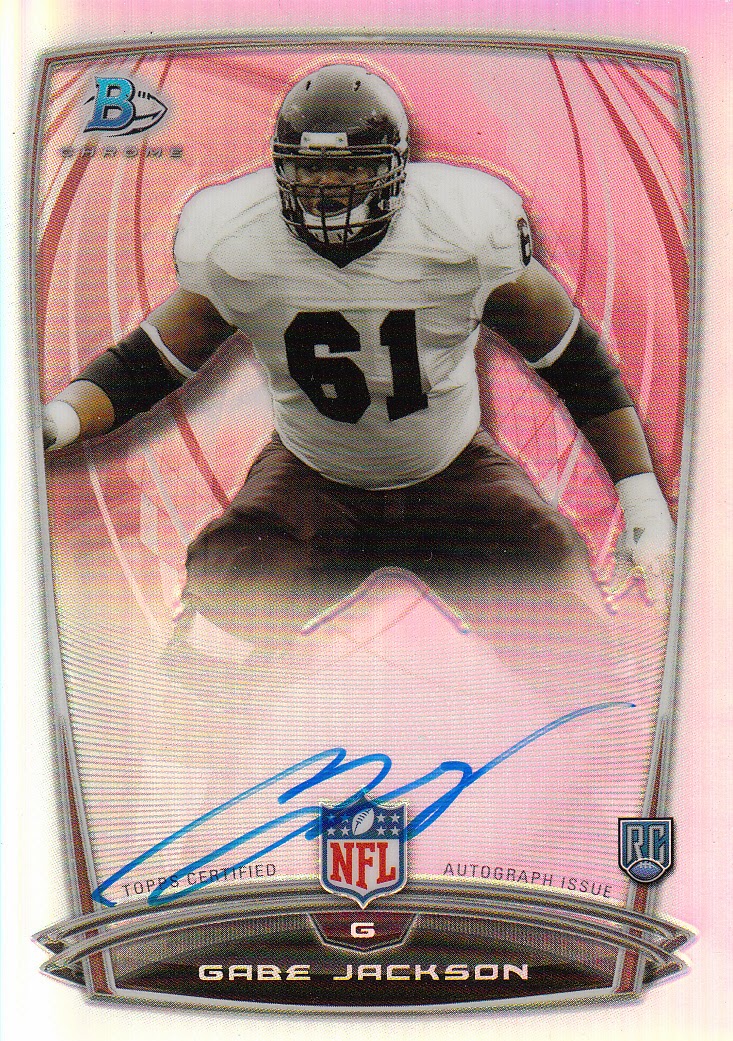 Jackson won't win any awards for the aesthetics of his signature, but it's still a sweet card.  I like Bowman football for this year; nice looking cards!

Then we've got my first CFL card, which is pretty exciting actually... 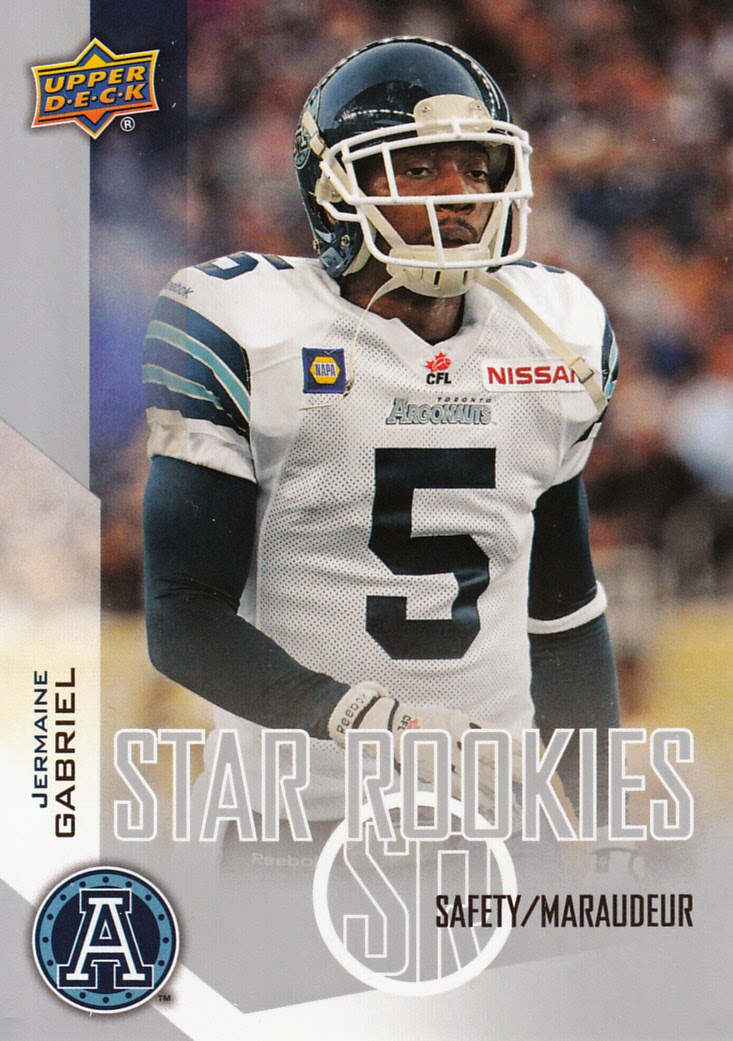 I'm more of an Eskimos fan myself, but I'll support the Argos as long as they have a Gabriel on the roster.

And, the final piece from the PWE is a most interesting one. 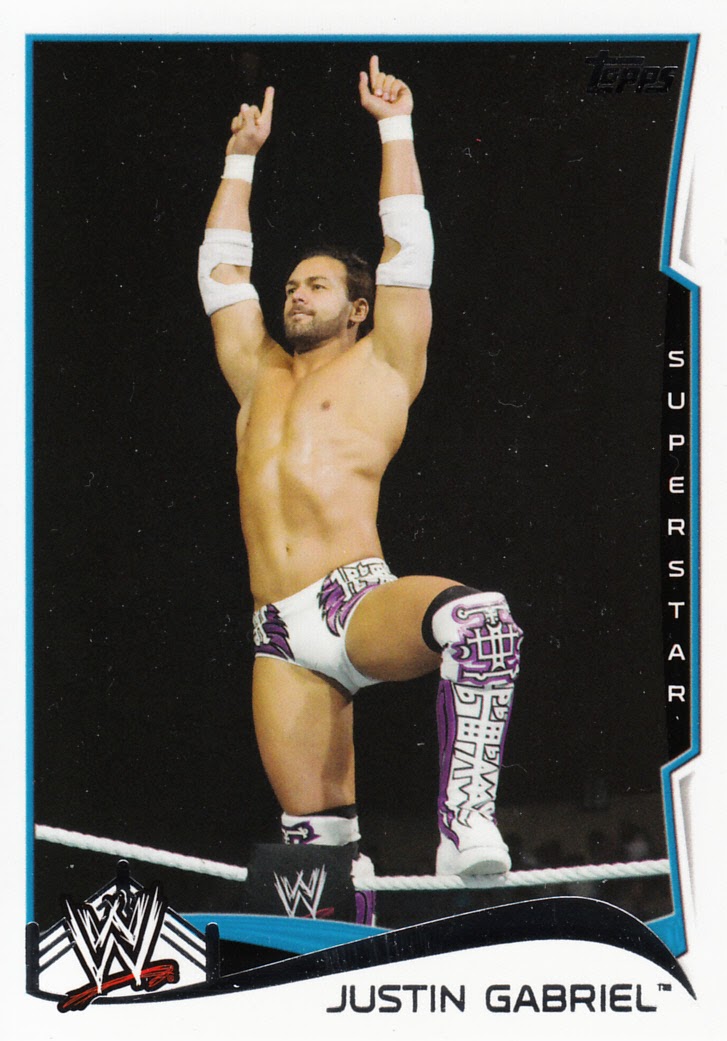 Oh my.  I haven't followed wrestling since Hulk Hogan and the sexy GLOW girls back in the late '80s.  So, I'll have to just trust Jim Ross' assessment of Gabriel on the back of the card:  "I've always been impressed with Gabriel's natural instincts and his fearless in-ring style."  Sounds good to me.

Thanks a bunch for the Thanksgiving-time goodies, Douglas!  Hope you and your family had a nice one last month.

And, to all my fellow state-siders, have a safe and happy Thanksgiving!