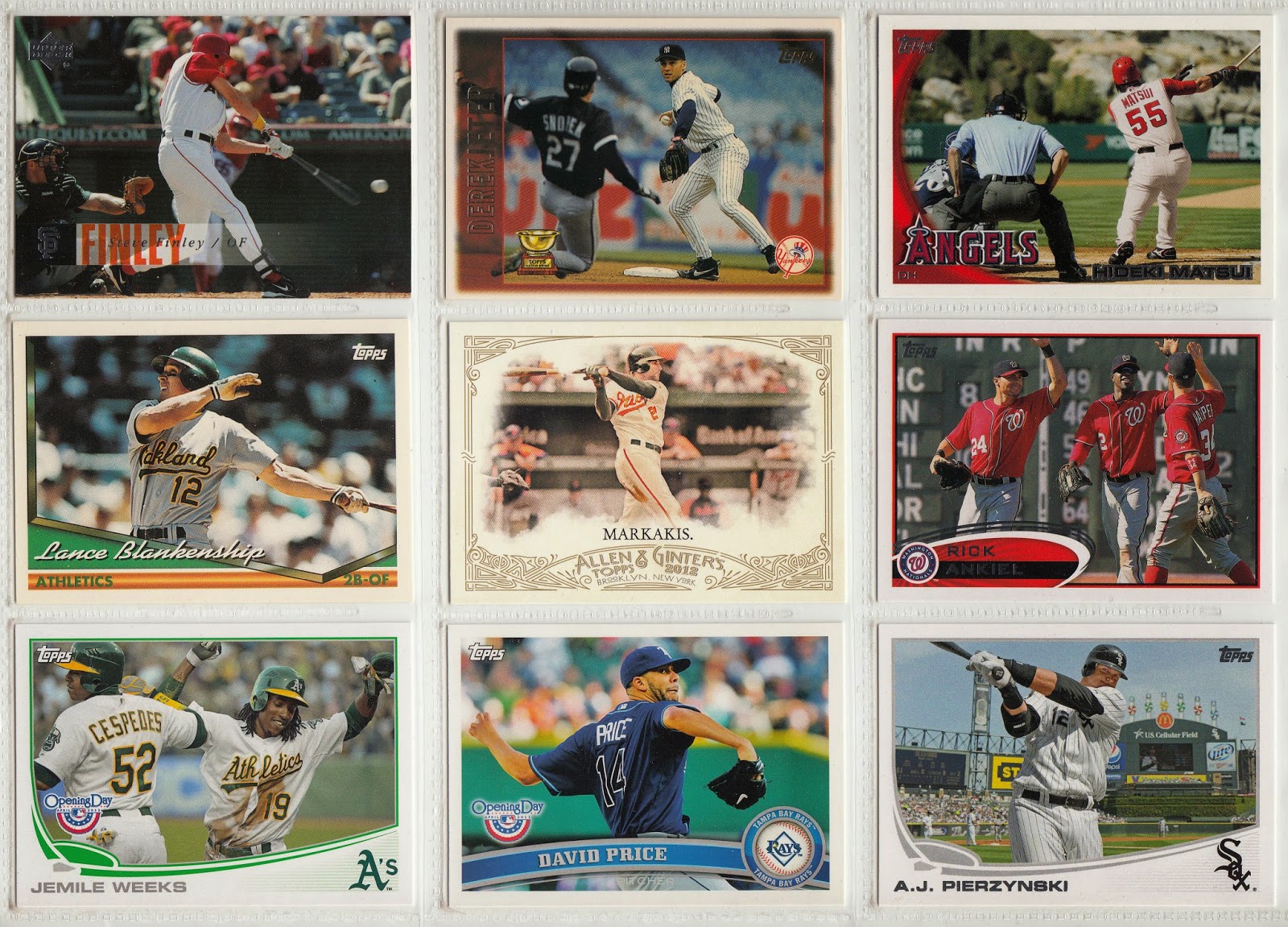 So, I've been gabbing enough about this "Horizontal Heroes" frankenset, I figured it was high time to show everybody a little progress on the gosh-darn thing!

For those who are new or are likewise confused, the HH frankenset is my ongoing project to amass a 660-card checklist consisting of nothing but horizontally-oriented cards.  Any and all brands are in play and parallels are welcomed.

This is what page 2 of the project looks like at present time.  All cards are subject to change when/if a better option makes itself available.  In that way, this is a living, breathing set which may never be completely cemented.  But, that's a pretty fun prospect, I think.

I deliberated about what was the best way to arrange the cards in each nine-pocket page.  What do I mean by that?  Well, since this is the second page of the set, the first card of the page is No. 10.  Since all the cards are horizontal and you would turn the binder page as such to best view it, would card No. 10 go in the top left of the upright page (as per normal) or perhaps in the bottom left?  In the latter scenario, the 'bottom left' would become the 'top left' when you turn the page horizontal (as in the above scan).

I guess it's all a matter of taste, but I chose to have No. 10 -- in this example, the '10 Update Hideki Matsui -- go in the normal upper left-hand position as if we were looking at a regular upright nine-pocket page.  Sure, it kinda throws the numerical pattern out of whack when the page is rotated to horizontal view.  But, I believe it will create less cataloging nightmares when I turn to a certain page looking for a certain card number.  That's just me, though.

All in all, I think this is a pretty satisfying page.  Sure, it's mostly Topps and it also has back to back A's, but the '97 Jeter is a classic and I love that Matsui card because it's one of the coolest photos from 2010 Topps (Update or otherwise).  Overall, a good mix of star power and great photography.

Hope you enjoyed the first look at my little side project.  And, as always, any feedback is appreciated!

More page peeks to come in the (hopefully) not too distant future.