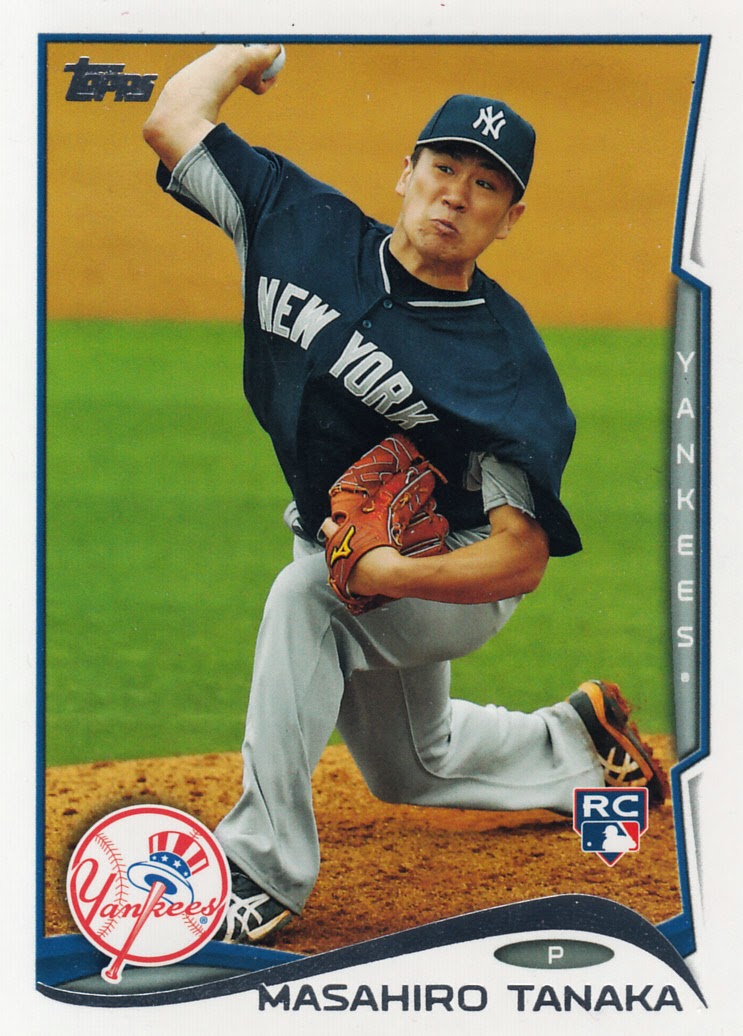 Another 'must' item on my Christmas list was a Topps factory baseball set.  I didn't attempt to complete a set via the traditional route (aka buying packs and blasters or trading) this year, deciding instead to take the easier and more cost-effective route.

One of the absolute advantages of going the factory set route when collecting a Topps flagship set is the exclusive five-card package of rookie variations.  I'm a sucker these things!

But, you have to be careful, because Topps offers a few different bonuses in their factory sets.  There's the All-Star edition factory set that gives you a five-card pack of All-Star variations.  And another factory set that includes five orange bordered parallels.  Those are two that I can think of off the top of my head; there might be more.

For my taste, nothing tops the rookie variations.

The variation of Masahiro Tanaka's rookie card is, of course, a headliner.

So is Jose Abreu's. 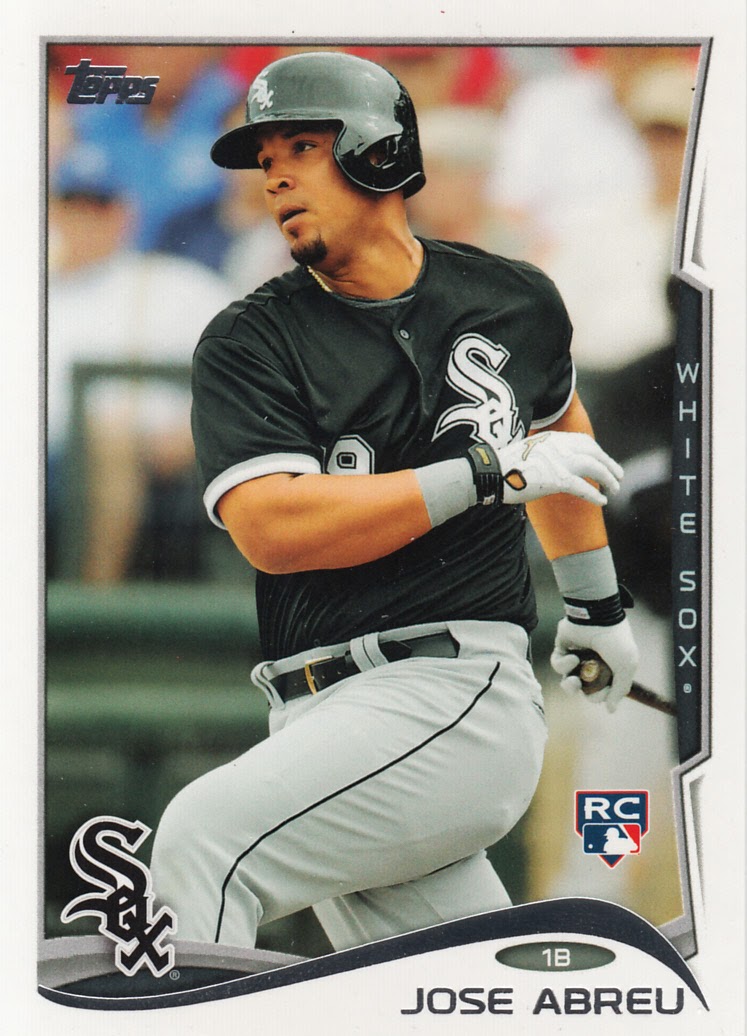 I guess you could call these two guys the 1A and 1B of the 2014 rookie card class, at least in terms of the rookies that landed in the 660-card base set.

These other guys aren't exactly slouches either... 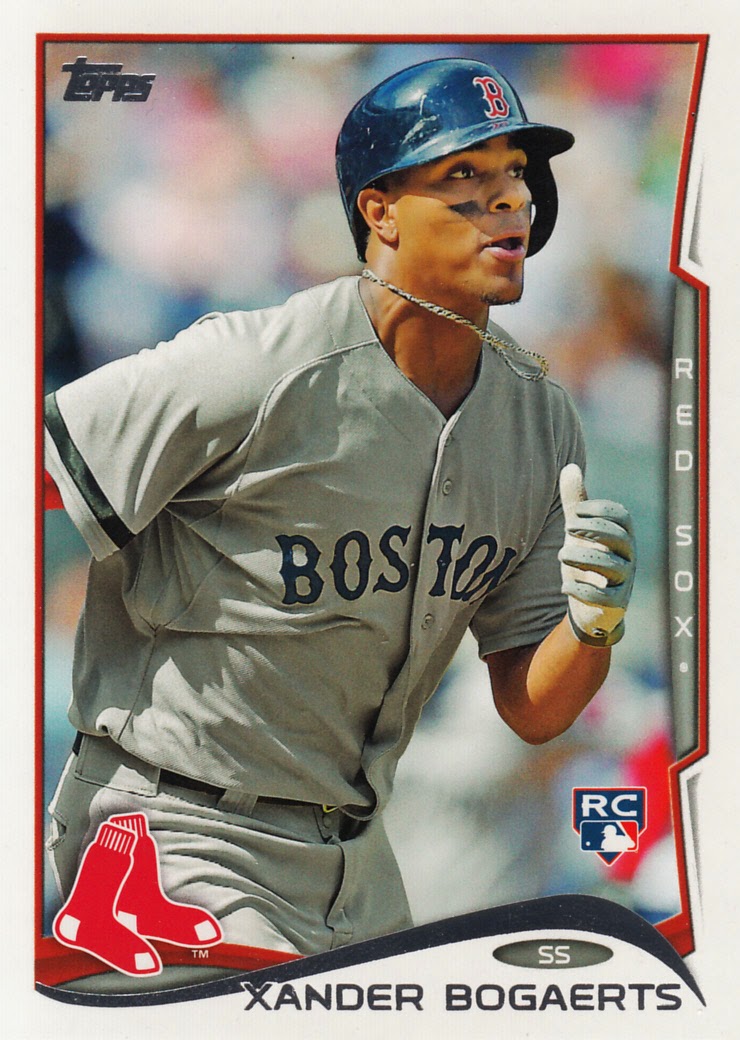 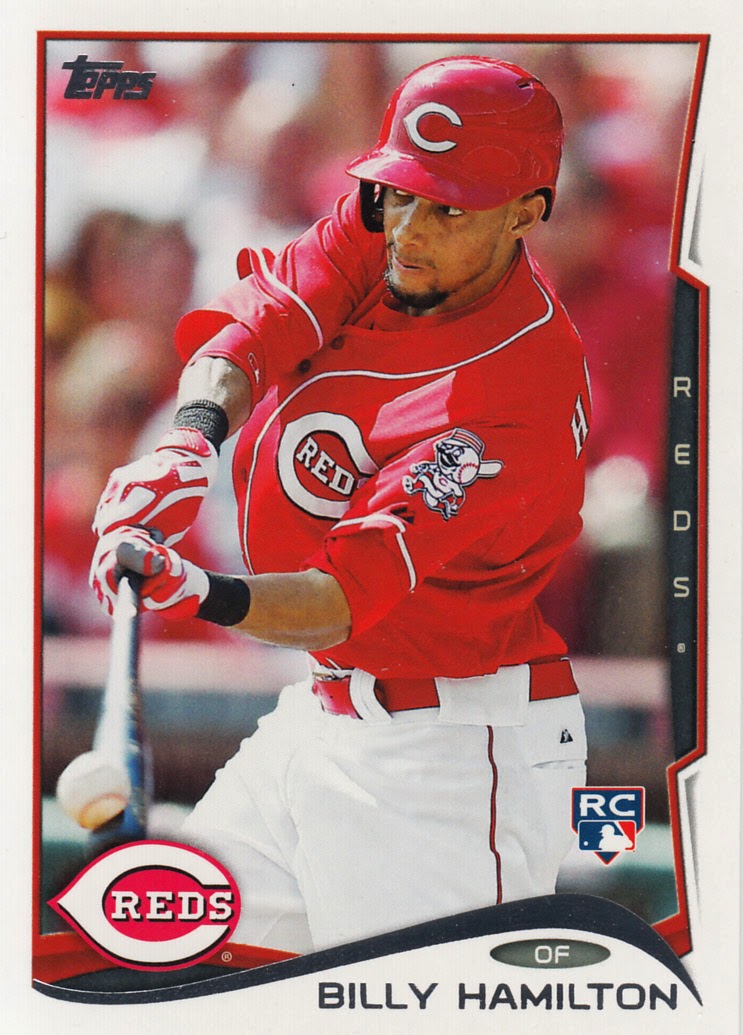 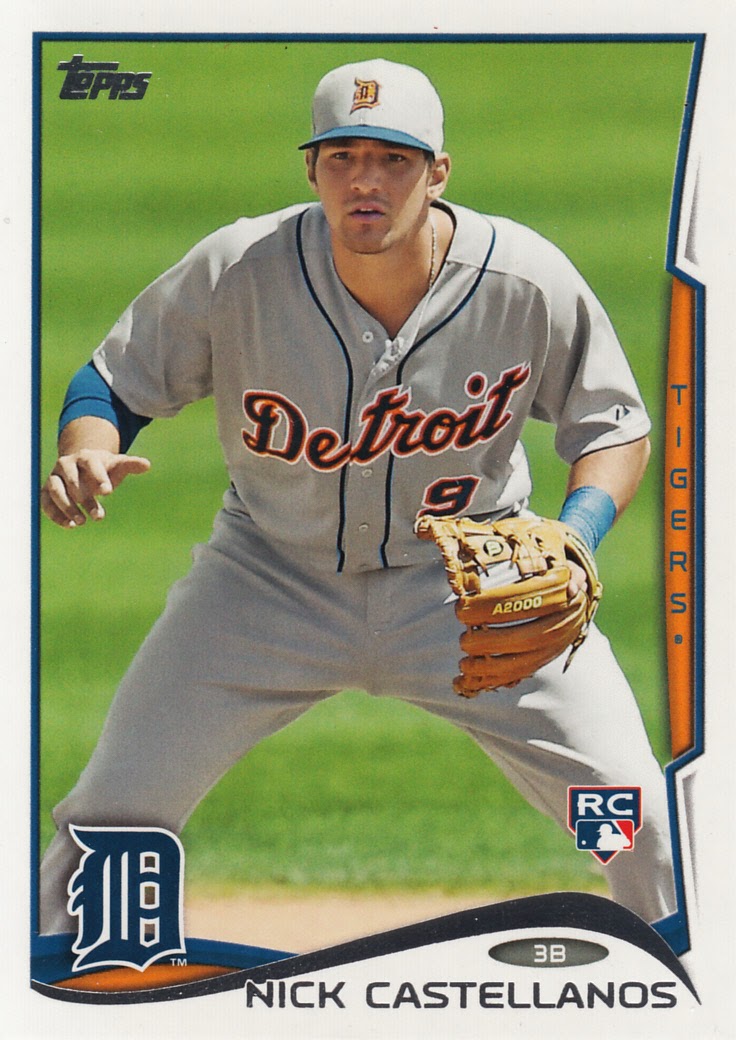 One final word on 2014 Topps before I close today's post.  I know there has been exhaustive opinion and commentary on the look of the cards already.  After all, they've only been out for, what, nine months?  But, having immersed myself in the factory set plus the Update hobby box over the course of the weekend, I have a more complete and informed opinion of this year's offering.

As is the case with a new record album, you may need a few spins to have the music really hit you the right way and leave a meaningful impact.  For me, that was pretty much the deal with 2014 Topps. Like the new CD from your favorite band, we all have high expectations for Topps cards which aren't necessarily met upon initial contact.  And, well, with something as perennially important and meaningful as the Topps baseball set, expectations are high and comparisons to the past are heavy and probably unfair.

I hated the design elements at first glance and rejected them out of the box.  But, flipping through over 900 cards the past two days, it's all starting to sink in and make sense.  While not an all-time classic, 2014 Topps is perhaps one of the best of recent memory.  The design is a little out there, yet still beholden enough to traditional sensibilities.  It's different, but not radical.

I realize this isn't groundbreaking commentary, but I've gathered that 2014 Topps isn't exactly a consensus favorite among collectors and bloggers.  But, that's okay, you can't please everyone.  After all, I'm an aficionado of '89 Topps which is loosely regarded as a stale pair of gym socks by most.  To each his own.

I look forward to my next step with this set, which means getting the cards into pages and then housed in a binder.