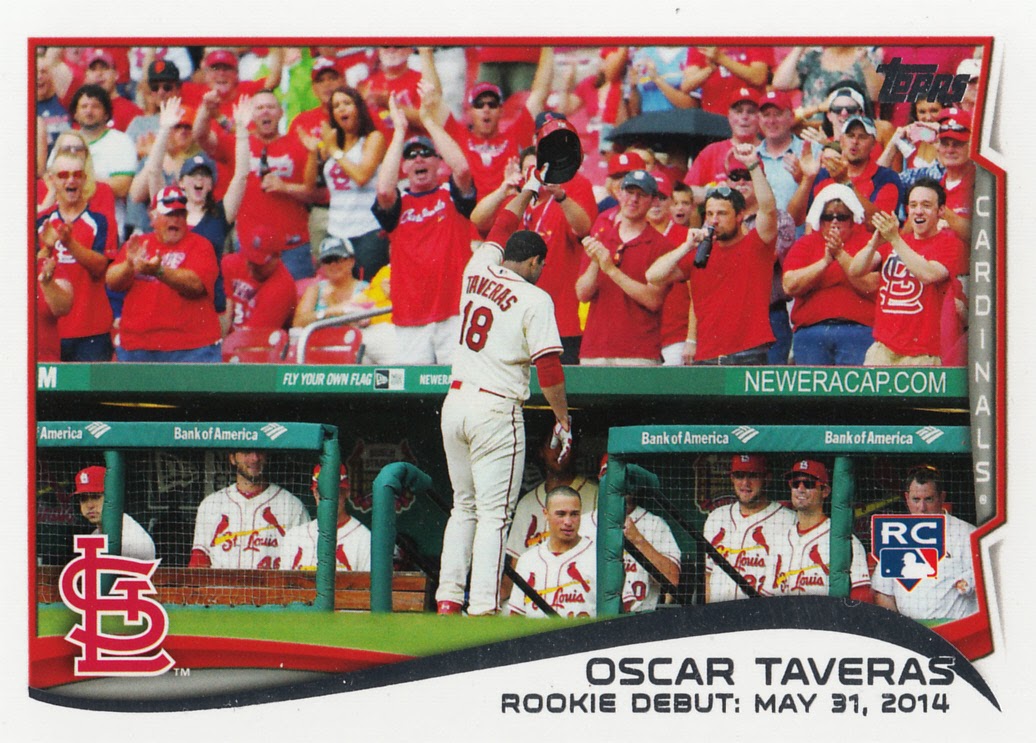 My Christmas list this year included just three specific items, one of which was a hobby box of 2014 Topps Update.  As he usually does, Santa came through.

I ripped but one 12-card pack of Update all season long and avoided the product as best I could for months in an effort to preserve the element of surprise for when I busted a box.

All in all, I was pretty satisfied with the checklist.  I think the glut of All-Star cards kinda puts a damper on the series, but that seems to be the trend with Update anymore.  Part of me thinks it's cool that every player who was invited to the Game gets a card.  And then I sift through them all and stare at the unflattering, bland photos featuring the ugly BP jerseys and caps.  Ugh.

Anyways, after sorting through the contents of the box, I'm just 22 cards shy of a complete 330-card set, which is pretty decent, I think.  I'll hopefully grab the remainder from dime boxes at upcoming shows.

Onto the cards!  As is the case with Update, you've got your bounty of promising rookies and prospects who you look forward to getting your hands on.  This year, the two biggest rookie names -- Abreu and Tanaka -- both landed rookie cards in the flagship set, so that tempered the Update release a tad.

Nonetheless, I was anxious to track down the remaining rookies.  And, I do believe I scored all of those which I was hoping for.  The Taveras up top isn't his 'true' rookie, but I love the photo on this card and I think it's somewhat appropriate in a sad kind of way, since the young man died in a car crash a couple months back.

Other important rookies from this year's Update set: 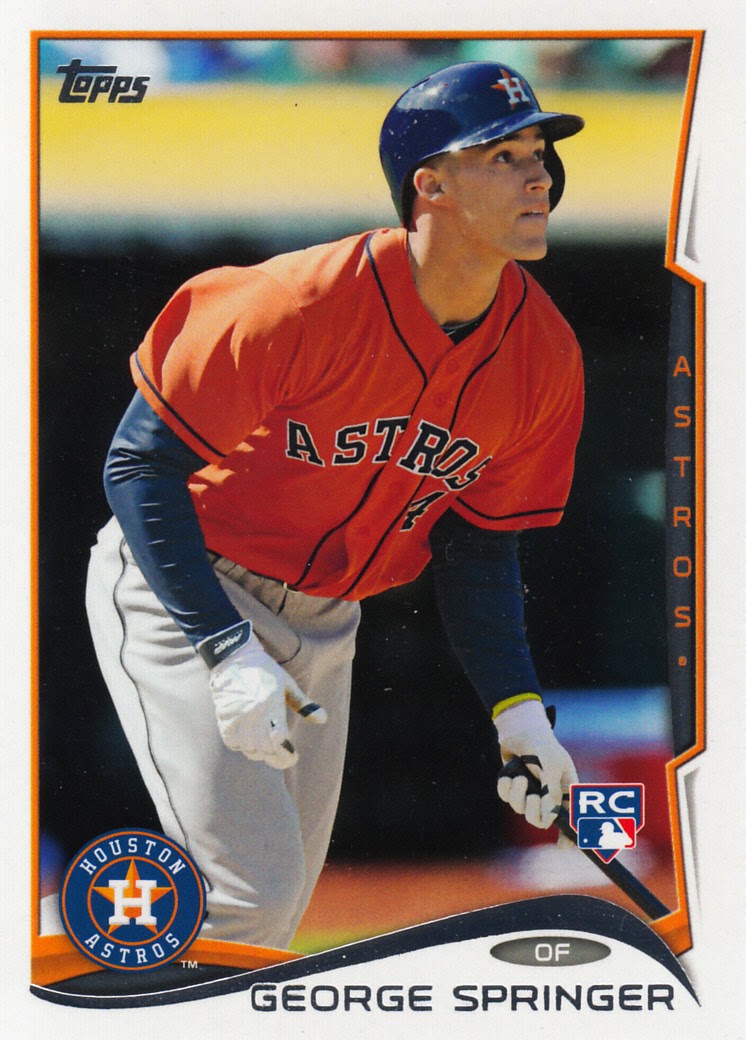 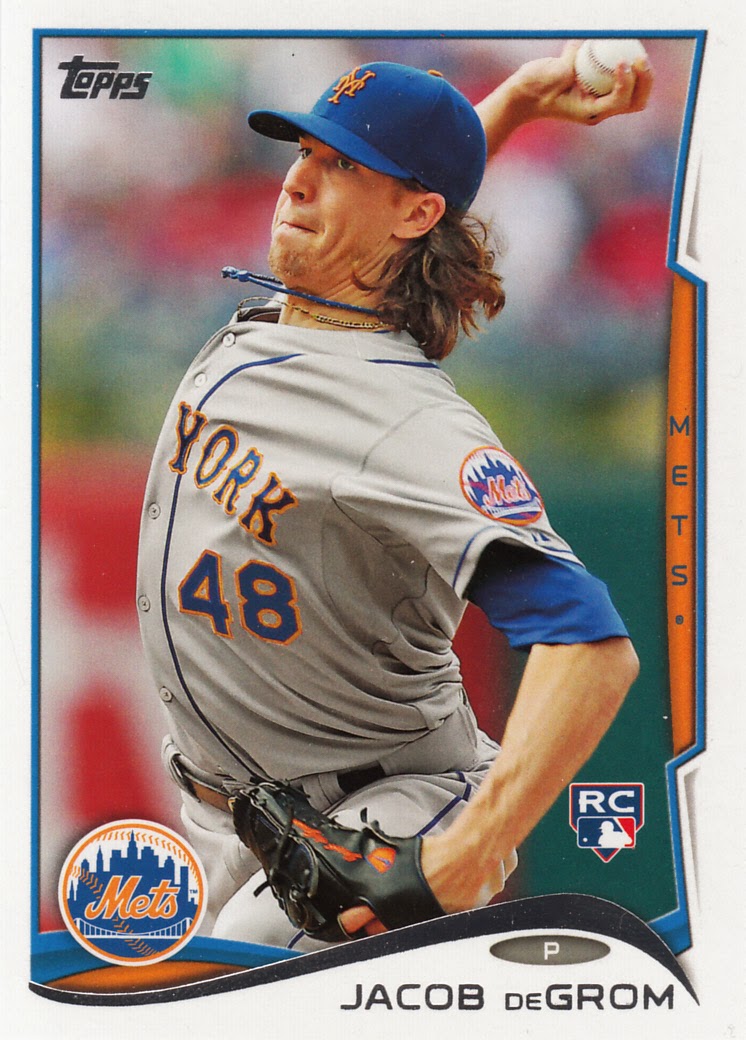 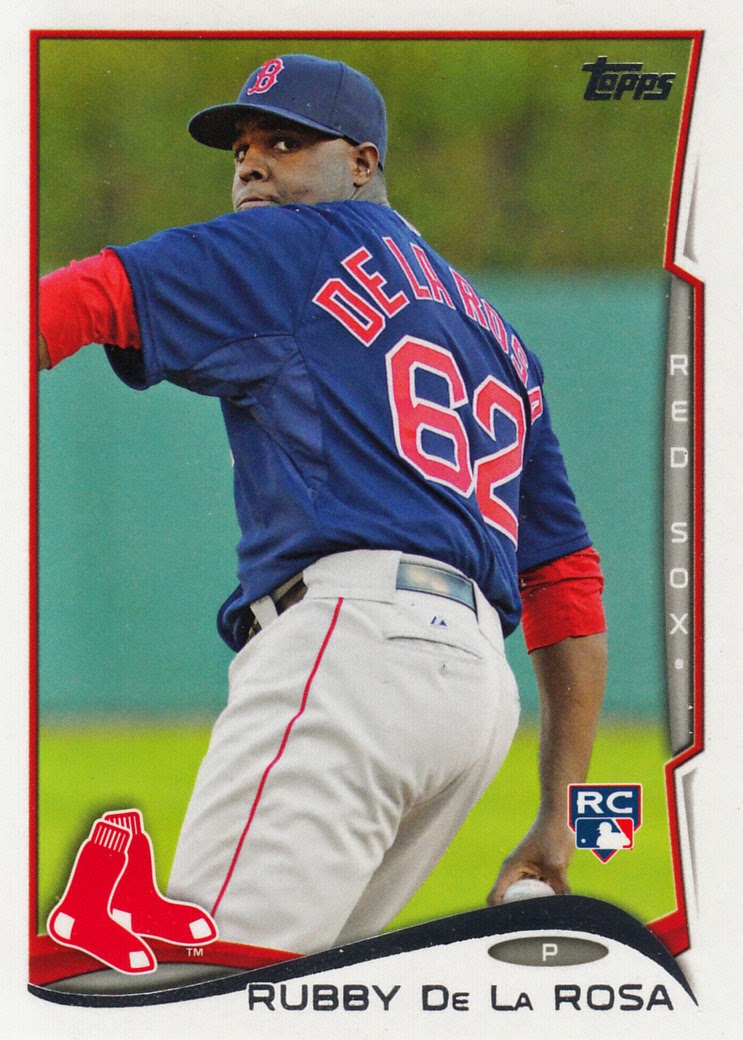 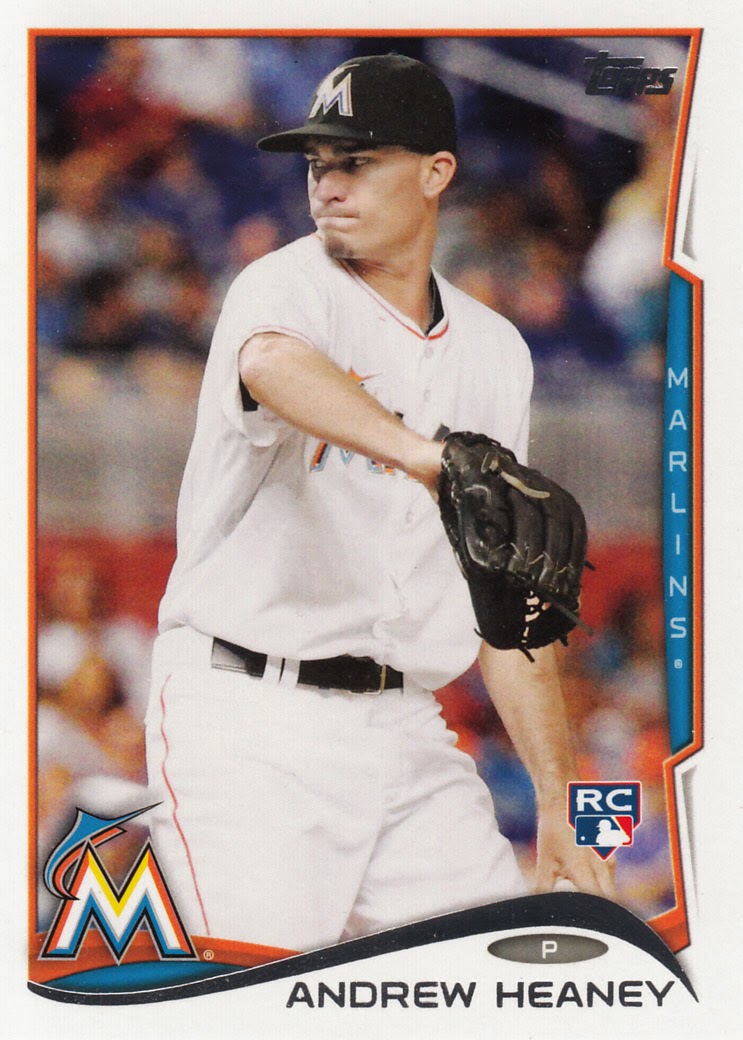 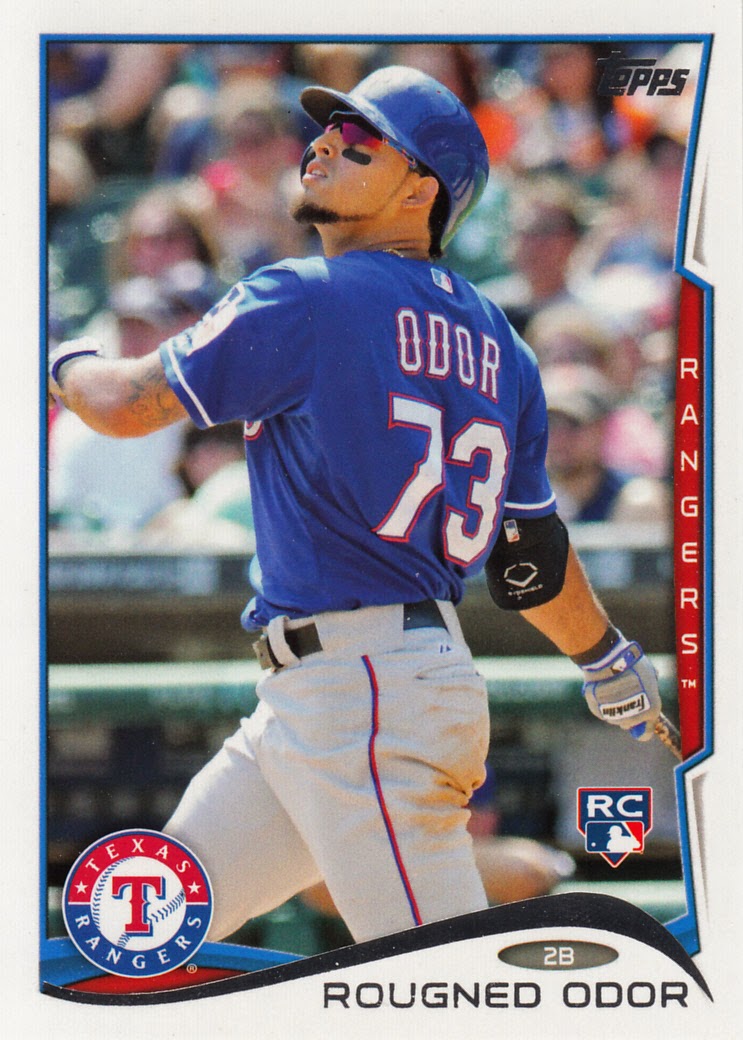 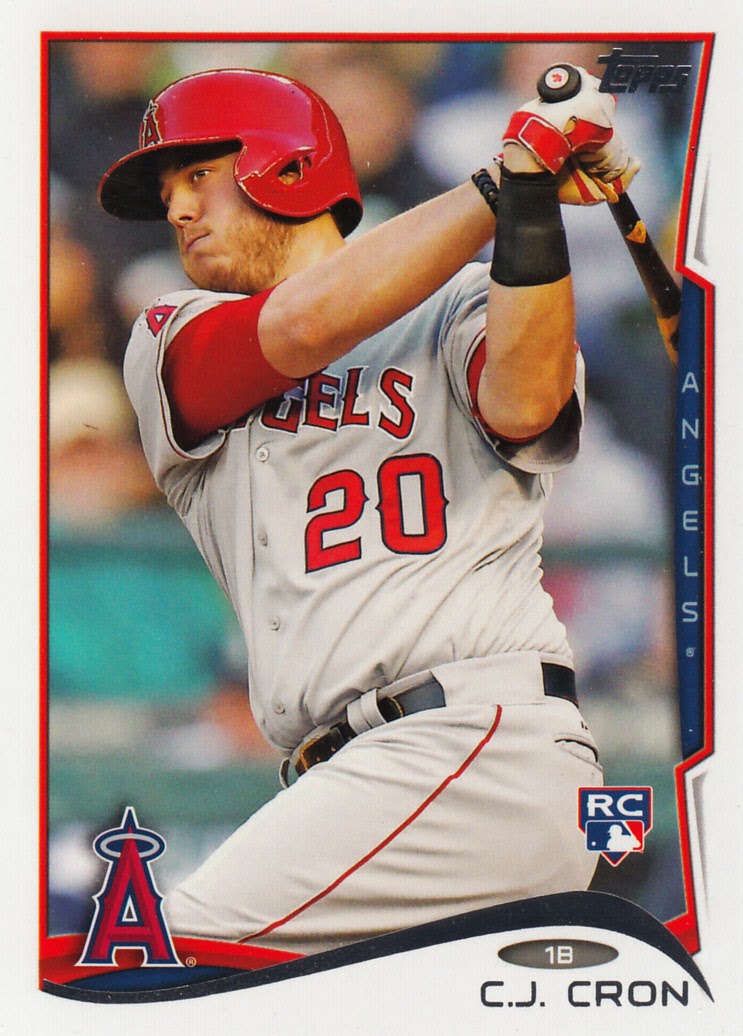 For me, it was most important to find the deGrom and Springer rookies, as I consider them the cornerstone cards of this year's release.  Time and circumstance may change that, but for right now I think that's pretty on point.

Oh, and like the Taveras, another of those Rookie Debut cards that I think might be the best photo from the series... 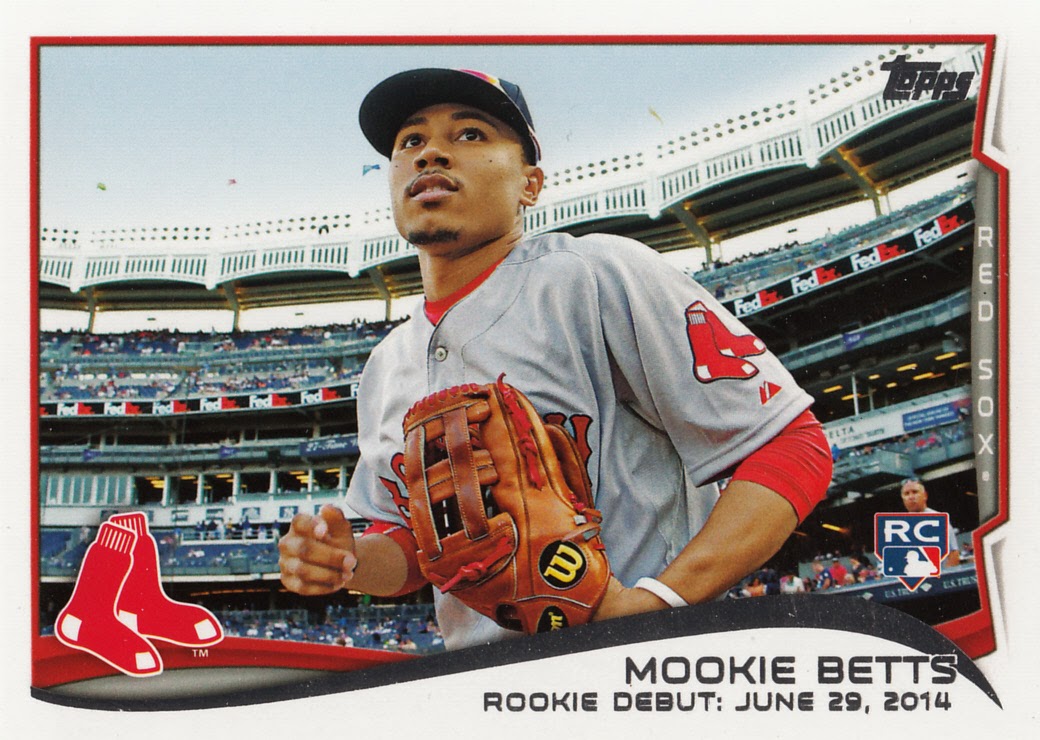 Certainly a candidate for photographic perfection.  The angle, the backdrop... it's all good!  Too bad this is just a subset card and not his actual rookie.  C'mon, Topps!

Okay, let's talk inserts and parallels.  I'm not so crazy about inserts these days, however I'm still pretty hooked on the '89 minis.  My box yielded only five, which kinda left me disappointed. 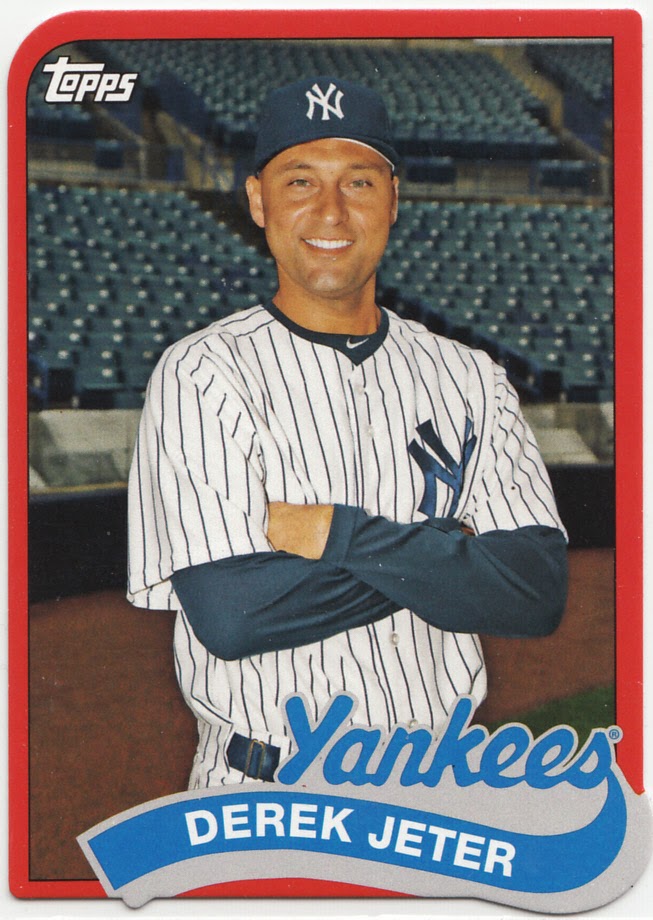 But, one of them was Jeter, so that took the sting away just a bit.

Beyond the '89s, the only other insert set that I found exciting was the Power Players, mostly because it reminds me of the kind of insert you'd find during the late '90s. 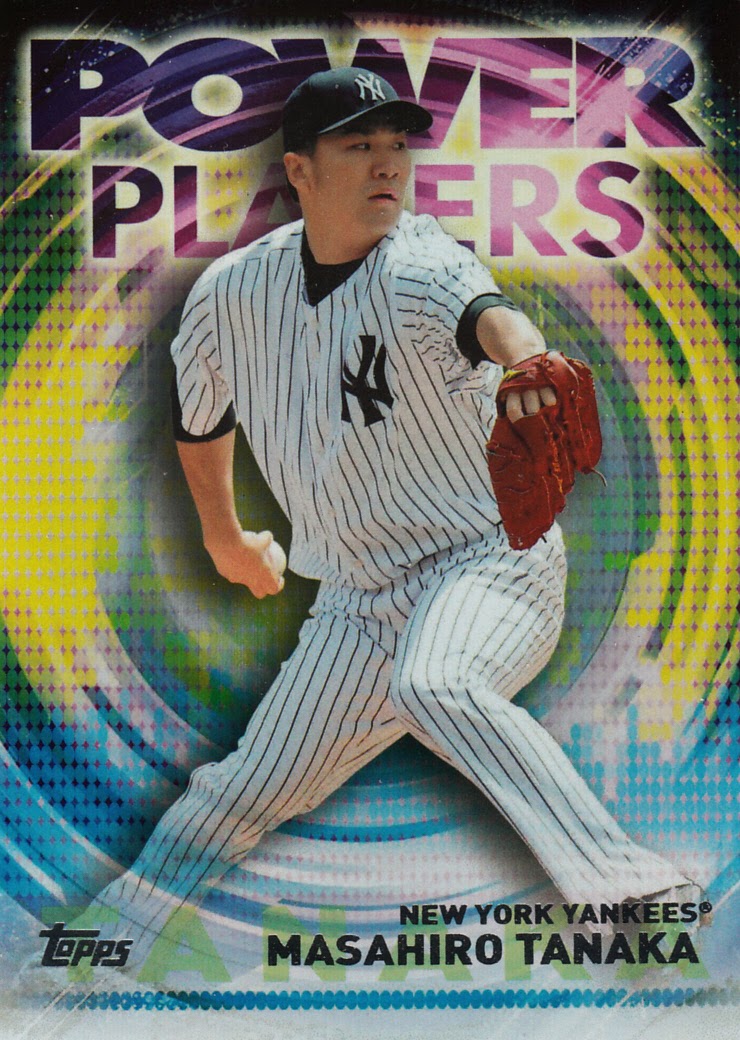 And, look, I even got a Tanaka.  I might be tempted to try and complete this set, but I doubt I'll elevate it to a priority anytime soon.  After all, the checklist doesn't even include a single Met!

One insert set that does include a Met or two is World Series Heroes... 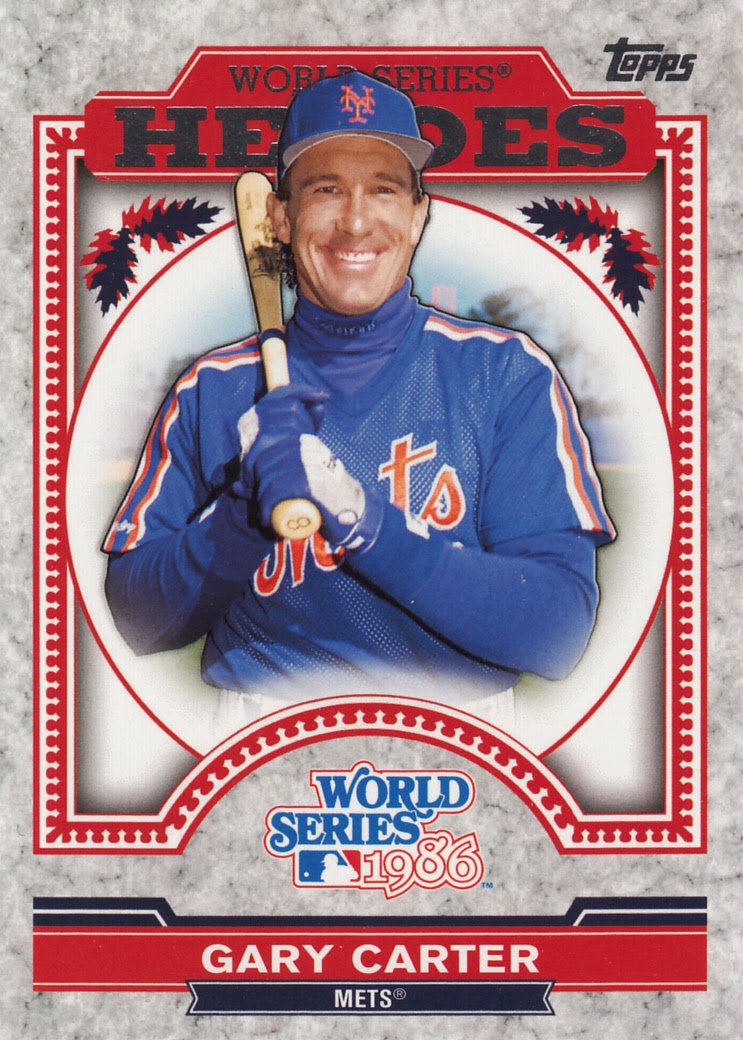 Maybe someone can help me with these next inserts. 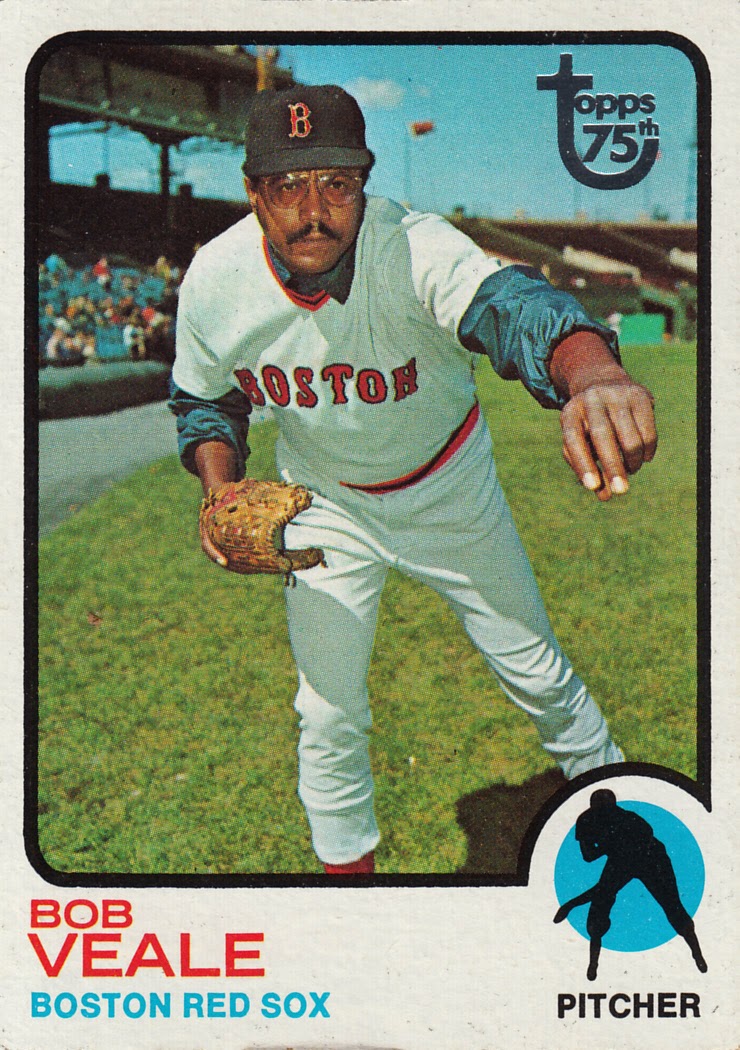 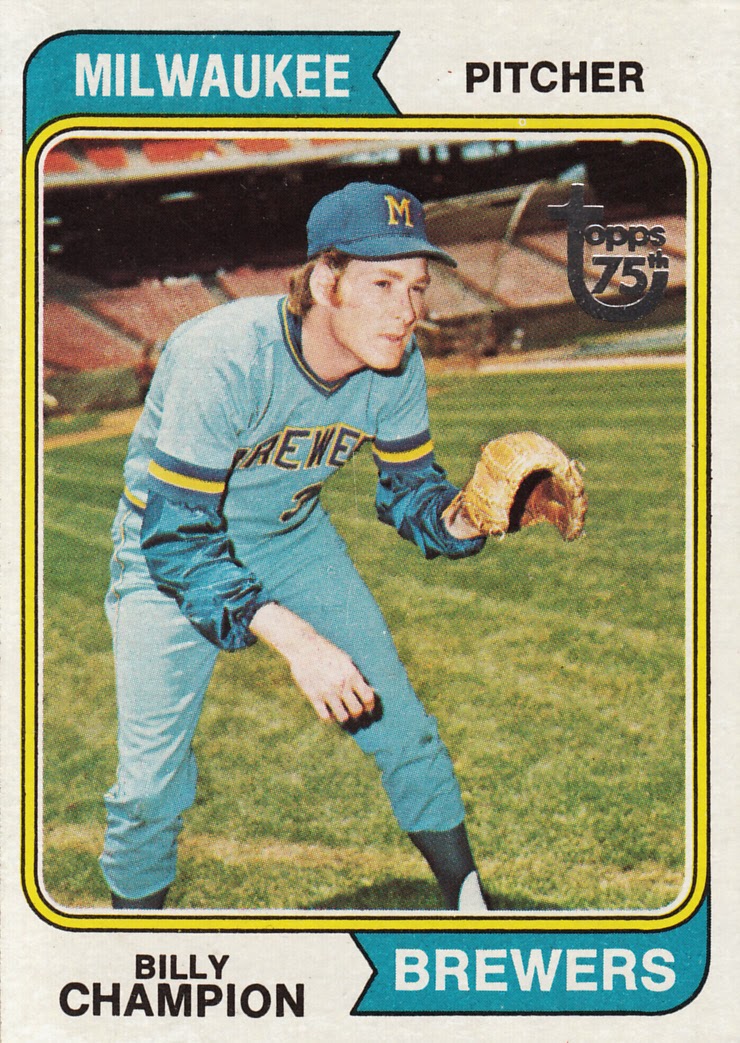 Yes, I know what they are, but I just can't put my finger on the appeal of re-issuing a vintage card with a foil stamp fudging it up.

As for parallels, nothing that blew me away.  No gold or red sparkly parallels of rookie phenoms or superstars to brag on.  Though, I did manage to pull one Met, albeit one that no longer calls Queens his home. 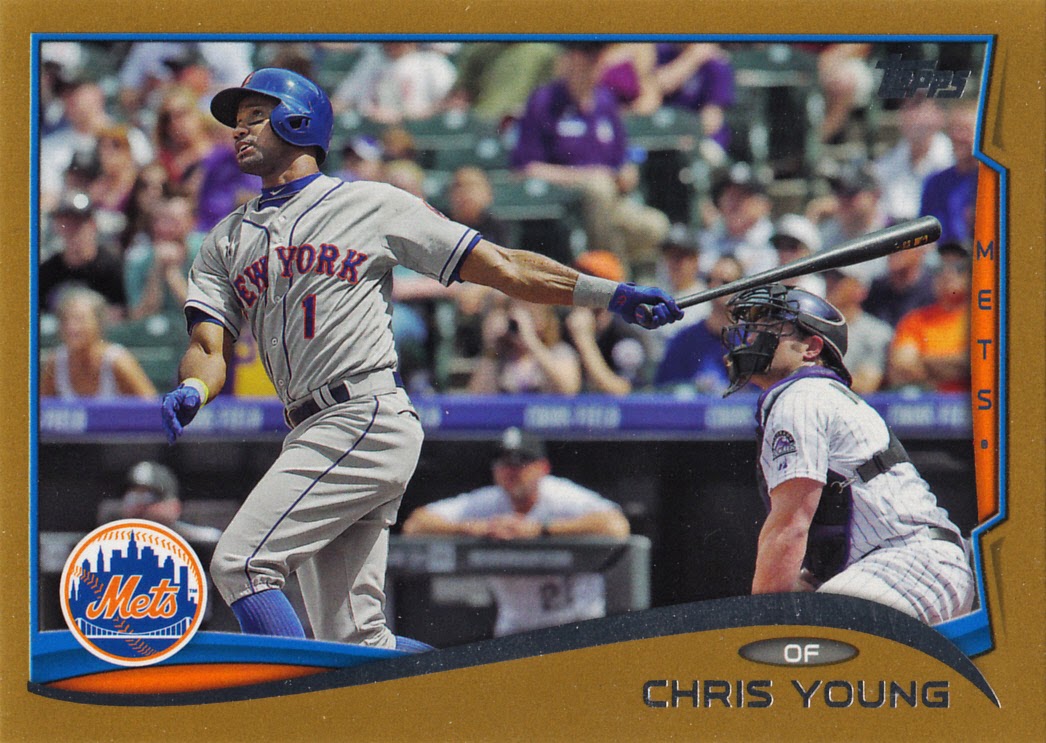 And, I got another one of those sneaky photo variations... 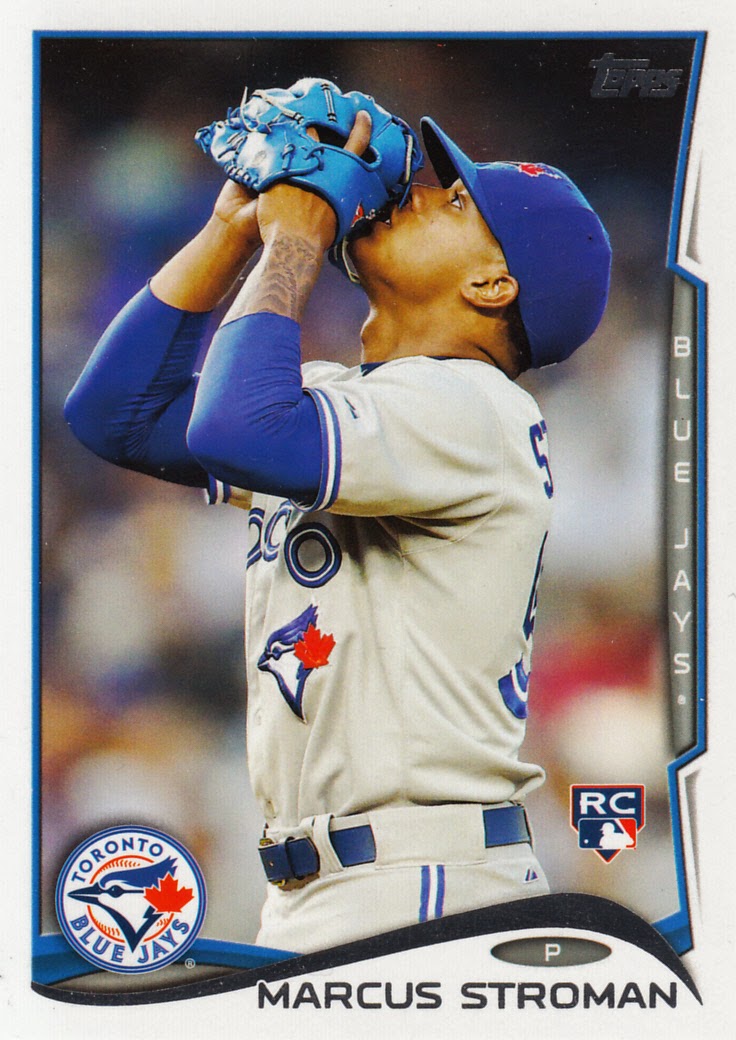 I don't know a whole lot about Stroman, but I like this card an awful lot.  I prefer it to the photo on his regular card, which isn't all that bad, either.

Lastly, my guaranteed autograph or relic card.  Normally, these don't do a whole lot for me.  Standard fare for Update would be an All-Star jersey card or a sticker auto of some rookie. 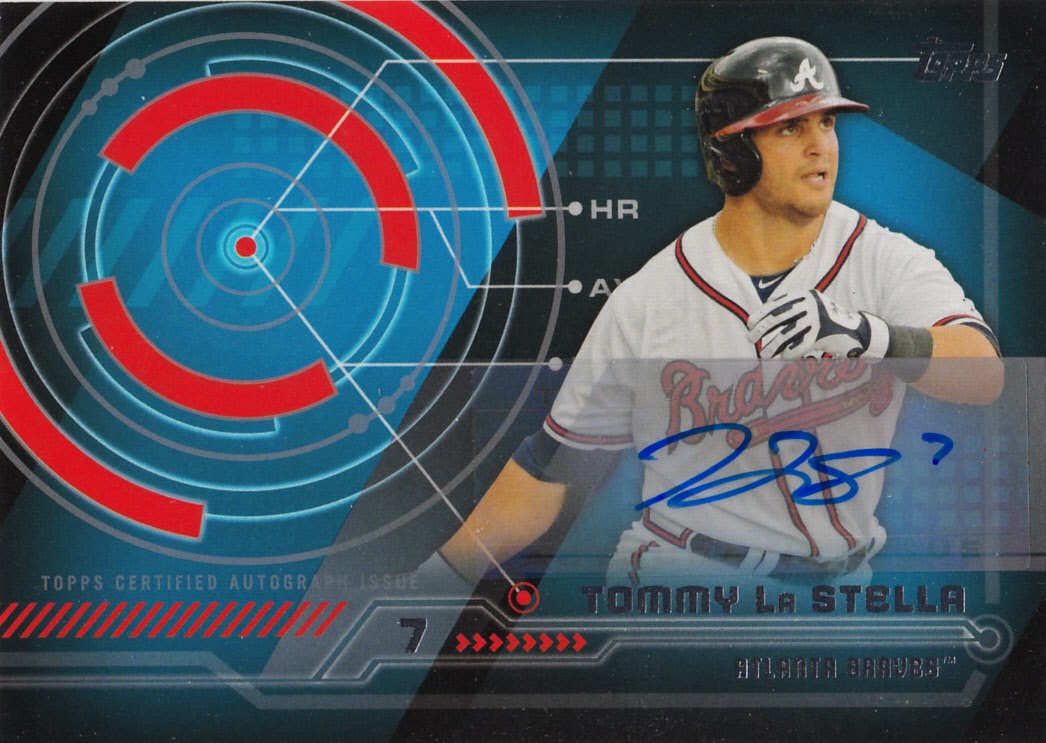 So, I got the latter.  This didn't get my heart racing, but I'll always take an autograph over a patch or some sort any day.  Up for trade if you're into autos or you're deranged enough to be a Braves fan (just kidding!).

So there you have it; 2014 Topps Update.  I had a blast going through the box and filling out my checklist.  I love Update and always will, no matter how imperfect it might be.  And, hopefully, it'll continue to be a part of my Christmas haul for years to come!