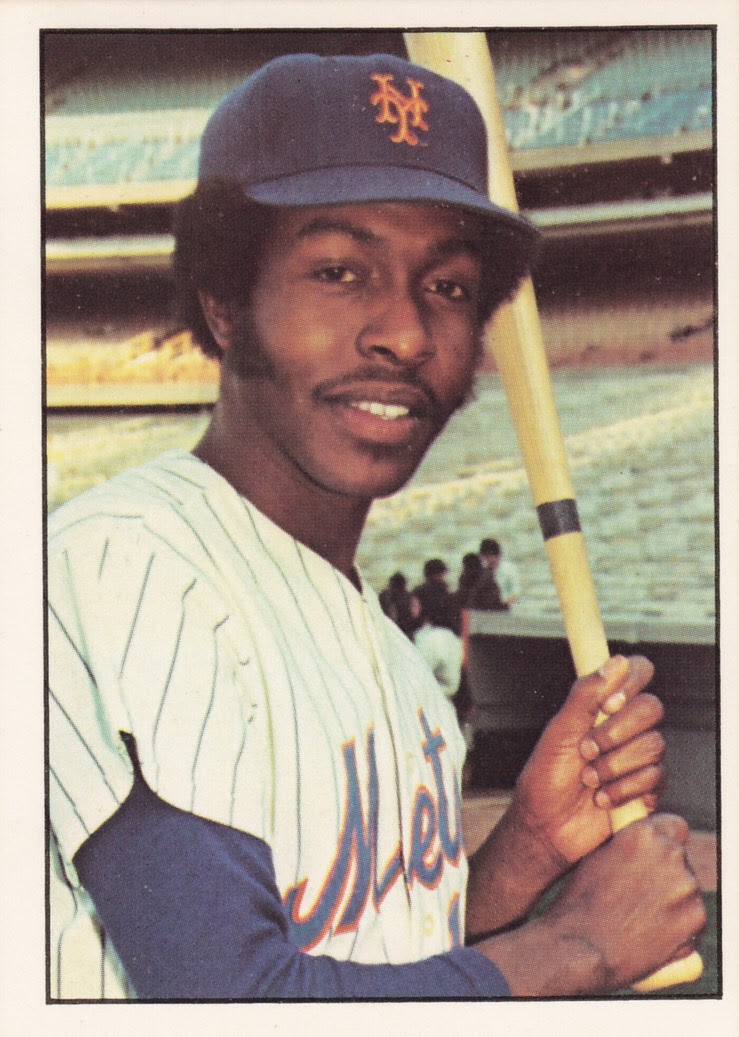 A pair of totally great envelopes containing Mets cards came in the mail this week.  Is there any better mail content on the planet, really?

This first one was a surprise, as fellow Mets fan Steve D. from NYC floated me a pair of awesome SSPC cards from 1976.  Both of these guys were missing from my All-Time Mets registry, so I was quite excited to gain these cards!

Up top you've got Tom Hall, a southpaw hurler who appeared in 39 games overs parts of two seasons for the Mets.  Mostly used as a reliever during his 10-year career, it's interesting that he's shown brandishing a bat in this photo.  In case you were wondering, he wasn't exactly Doc Gooden or Madison Bumgarner at the plate, either.  For his career, he was 31-for-192 with a pair of doubles and two RBIs. 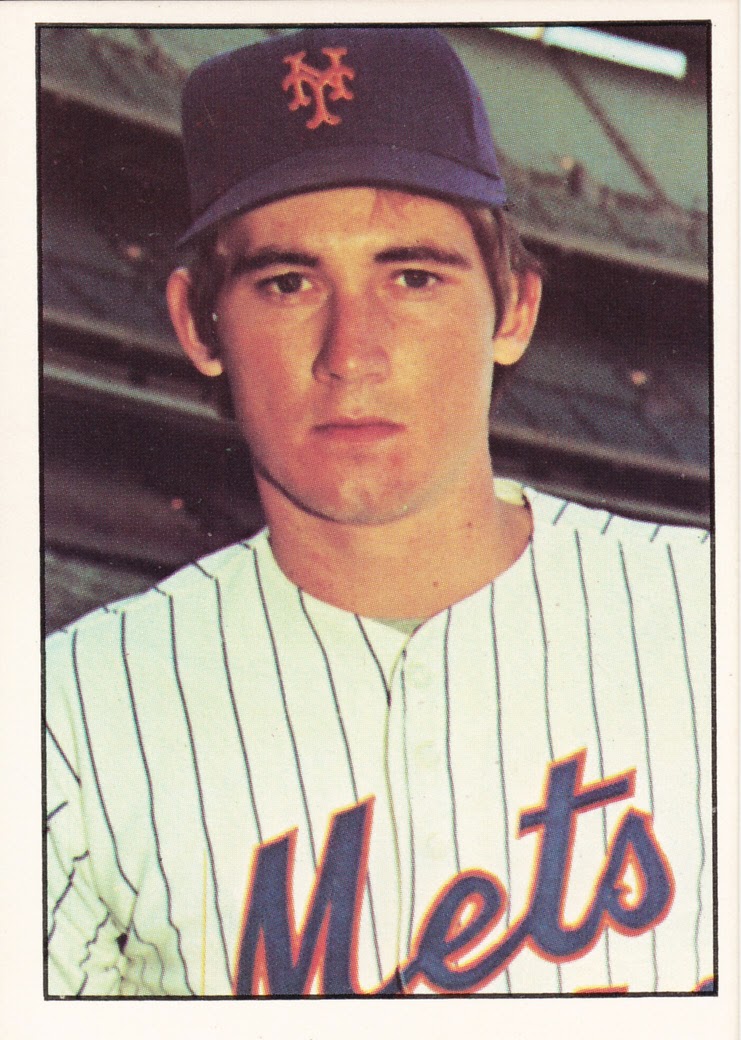 Next up, Randy Tate, who went 5-13 with a 4.45 ERA for the Mets in 1975 -- his lone season in the big leagues.  Nothing too exciting there, but check out this nugget I found on Tate's Wikipedia page:

While Tate is noted for never having achieved a Major League hit despite having 41 at bats, he is best known for nearly pitching a no-hitter on August 4, 1975 at Shea Stadium against the Montreal Expos. Despite not allowing a hit through seven and one third innings, Tate ended up losing the game -- which seems to have been the final straw for Mets management regarding the tenure of manager Yogi Berra, who was fired the next day.


If that isn't a totally Mets anecdote, I don't know what is!

Thanks for these two outstanding cards, Steve!