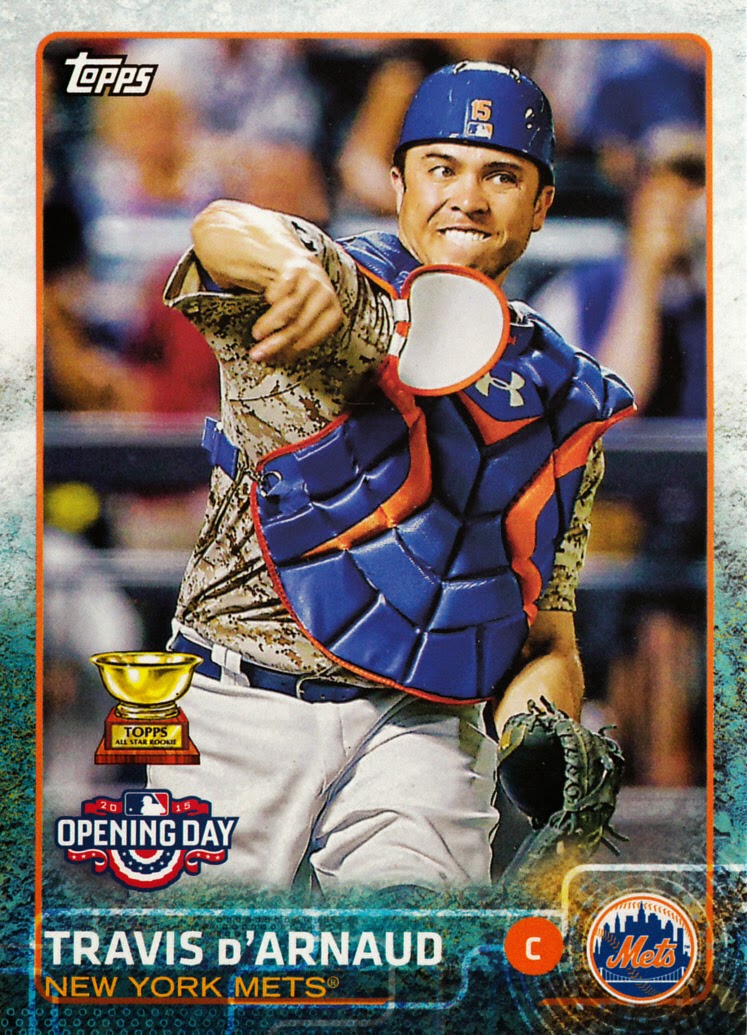 In honor of the Mets home opener (a 2-0 victory over the Phillies!), here's a pack of 2015 Opening Day that I snagged from Target on my way home Monday afternoon.  My first foray into this year's edition, and probably my last, since I'm not super 'into' Opening Day as a set concept.  Besides, my resources are best conserved for other pursuits--like Heritage, for instance.

Anyhow, I ripped this pack prior to the matinee contest at Citi Field and it proved to be a good omen for the home team, I suppose, since it contained not one, but two Mets! 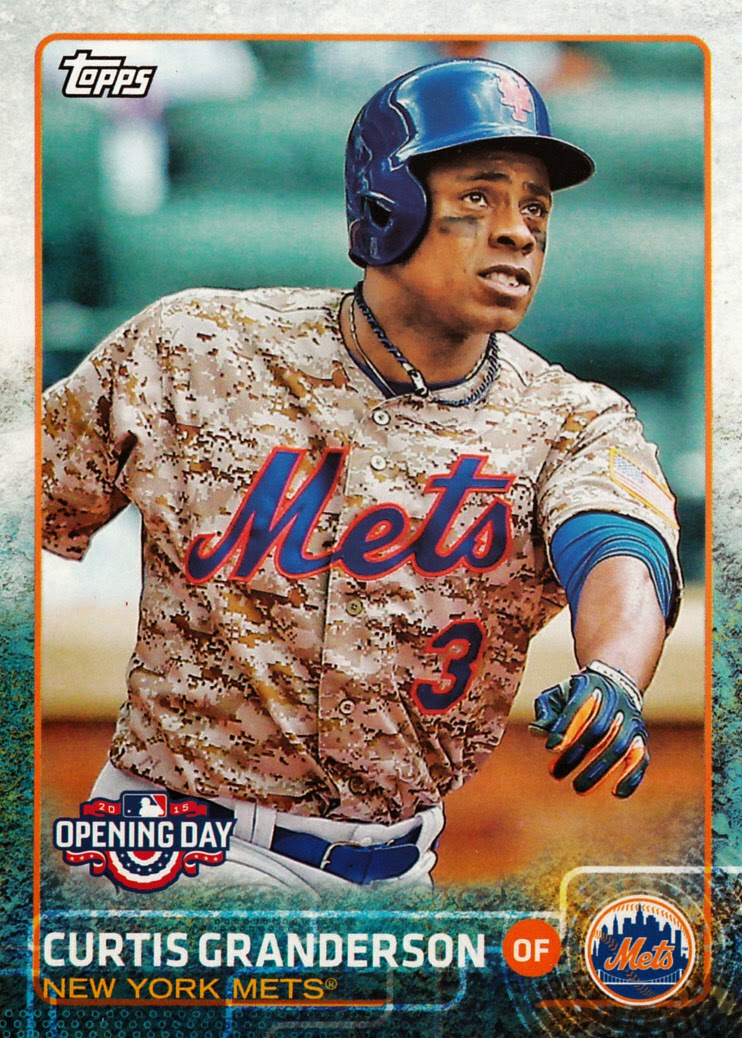 Travis d'Arnaud drove in one of the two Mets runs with a sac fly in the 8th, while Grandy drew a pair of walks, giving him a league-high nine through seven games this season.

So, not only was it a Mets "hot pack" but it also turned out to be a Rookie Cup jackpot, as the d'Arnaud was just one of three trophy-adorned cards I received. 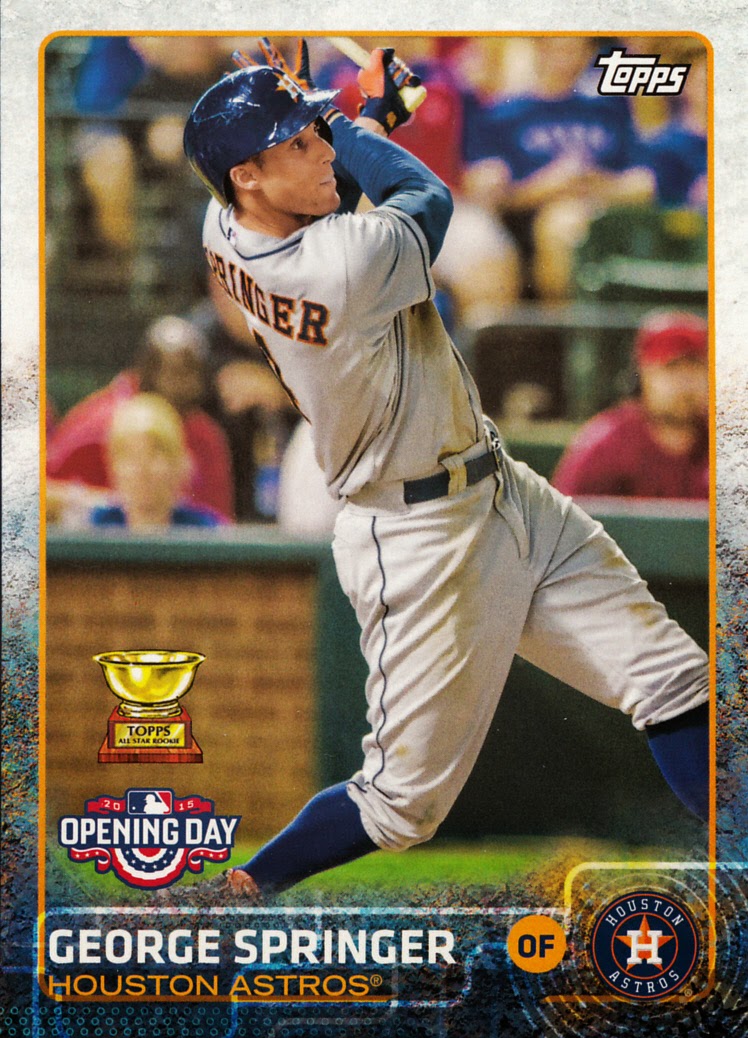 Didja see the amazing catch George Springer made to save a walk-off grand slam on Sunday??  An early pick for catch of the year! 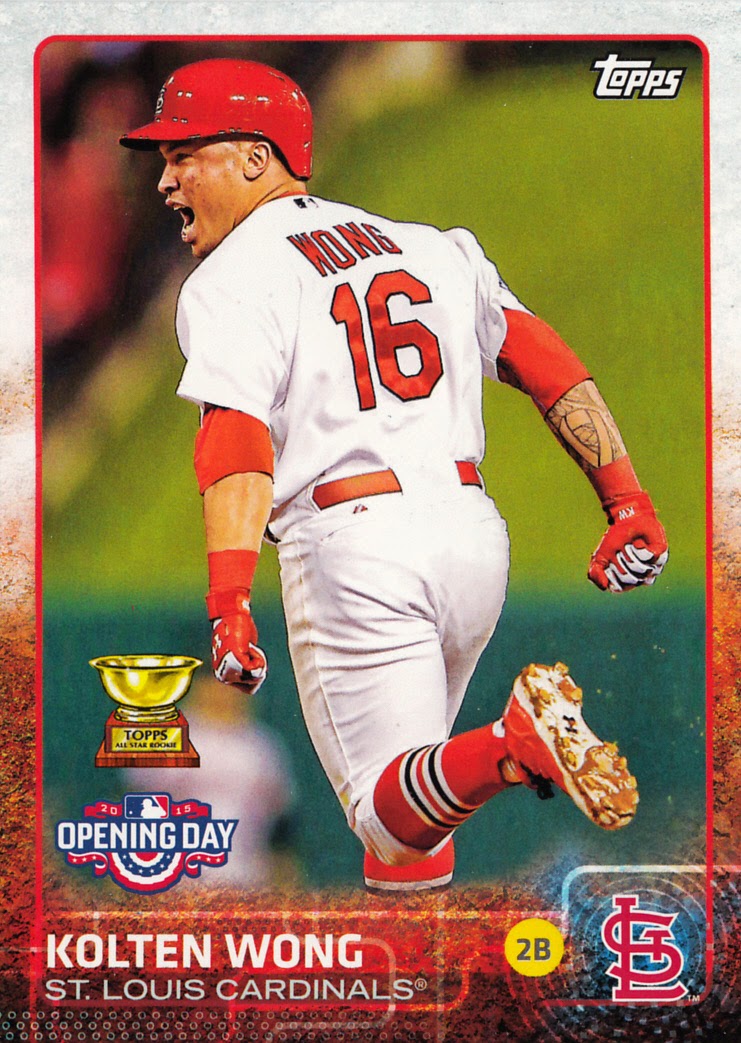 Not too bad!  The Springer is the same photo featured in the Series 1 flagship set, while I believe the TdA and Wong cards are "previews" of Series 2, so to speak, as I don't think either player is featured in the seminal series.  I could be wrong about that.

Anyways, the rest of the pack... 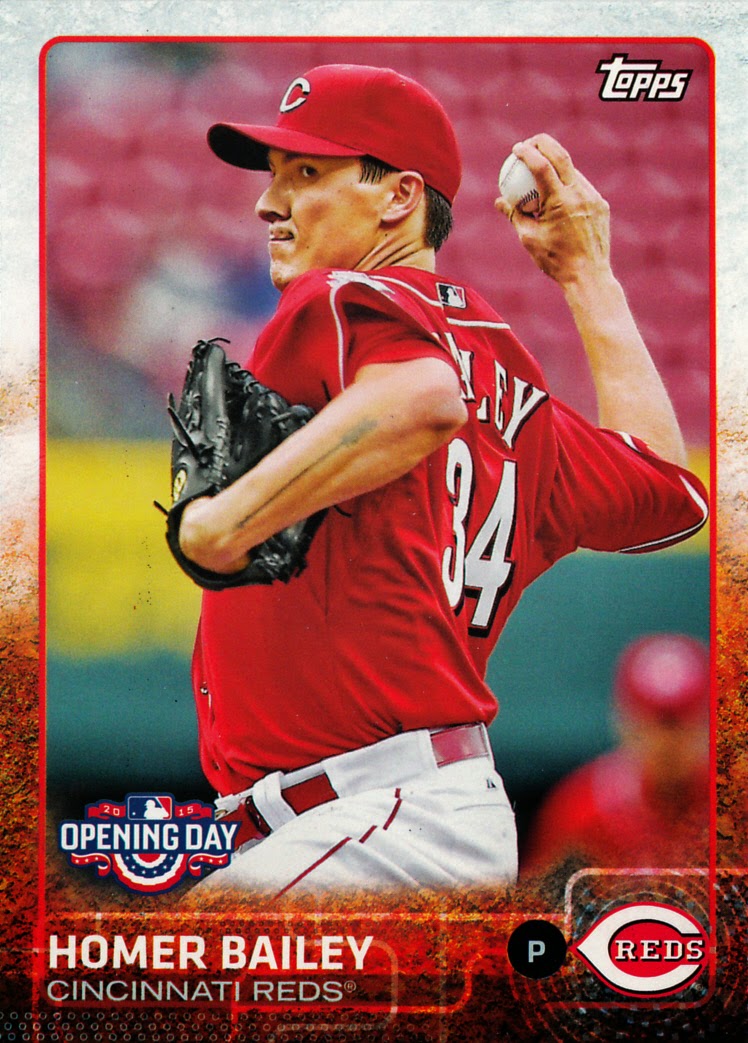 Homer is card No. 1 of the checklist, if that sort of thing interests you. 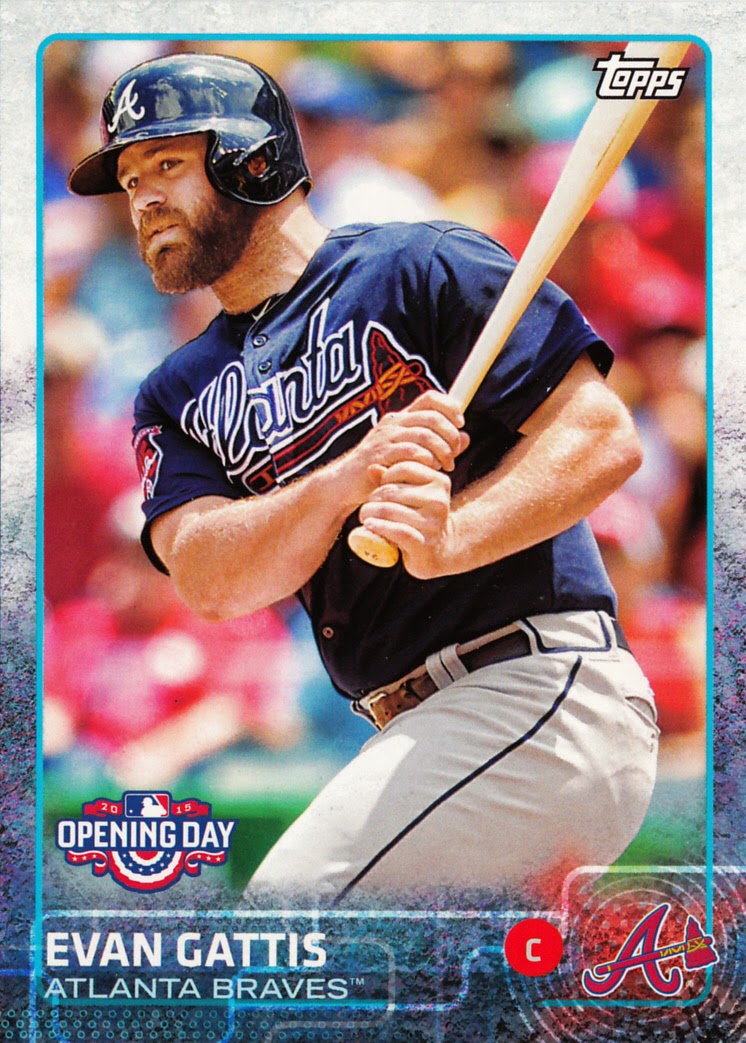 Gattis is now a member of the Houston Astros.  So much for capturing the whole 'Opening Day' vibe. 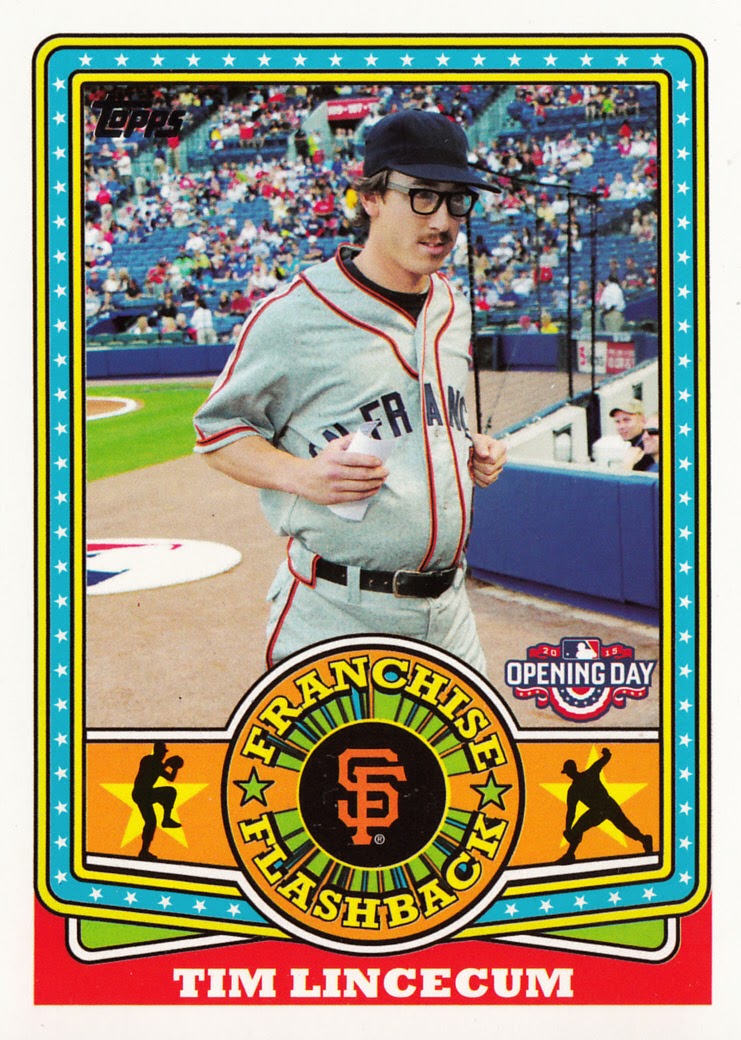 I guess baseball is supposed to be fun, so I can't hate on this card too much.  Lincecum is a pretty strange dude, though, huh?

Hey, for one penny shy of a buck, I coulda done a lot worse than these seven cards.