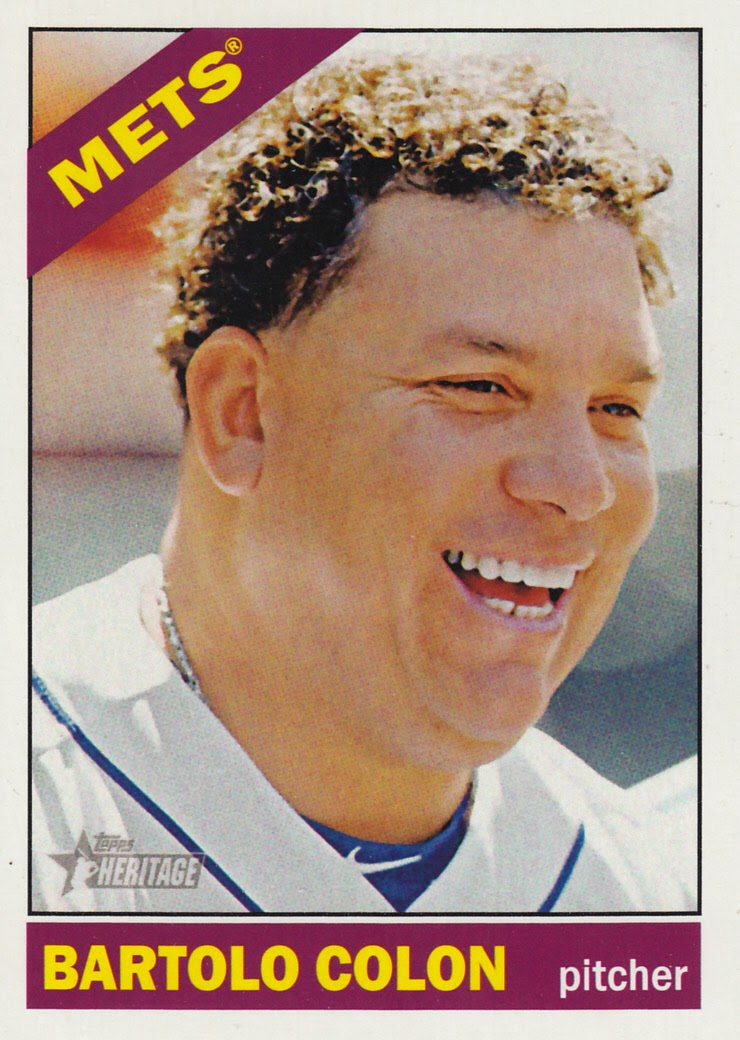 Happy Opening Day!  The Cubbies and Cards got a head start last night, but the rest of baseball--including your New York Mets--gets going on the 2015 season today.  The Mets begin their quest to end an eight-year playoff drought with a 4:05 p.m. tilt in D.C. against Scherzer, Harper and the Nats.

Much was made on New York sports talk radio of the club's decision to send Bartolo Colon to the hill as the Opening Day starter.  With a team featuring Matt Harvey and reigning Rookie of the Year Jacob deGrom, there was a large faction of Mets fans who were quite sour at the notion of Colon getting the nod. 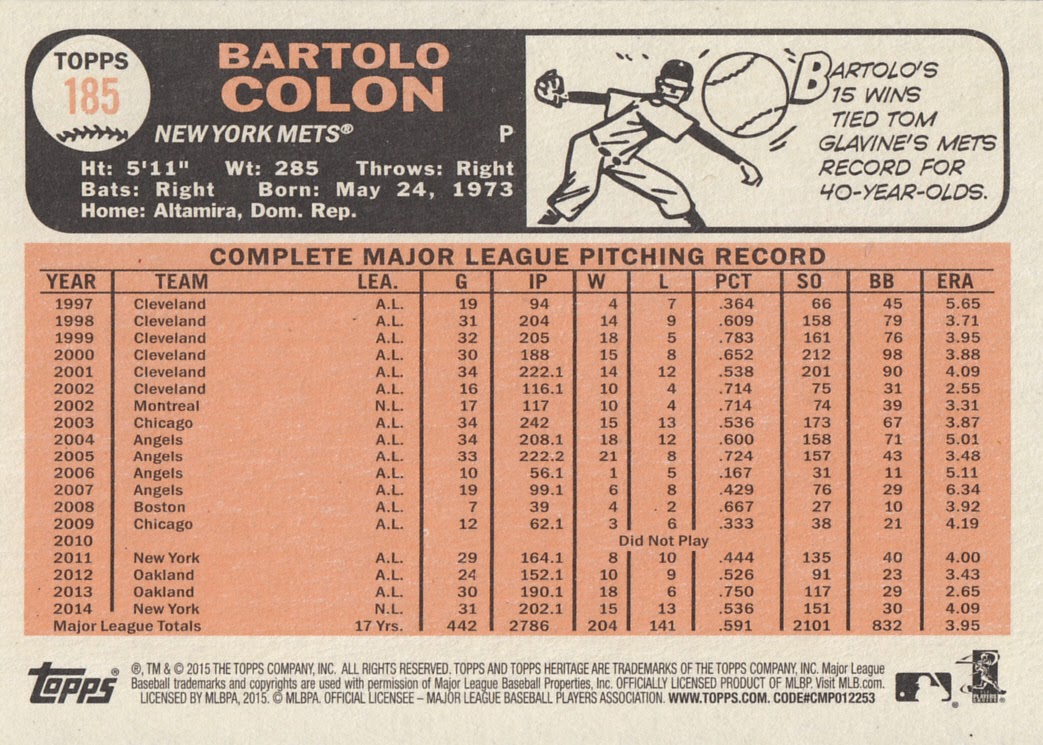 As for me, I was neither incensed or shocked.  Big Bart won 15 games for the Mets last year and is a 200-game winner in the big leagues.  Therefore, he's quite worthy enough to get the ball to start the year.  Furthermore, Opening Day isn't Game 7 of the World Series; I really don't care who the starter is.  As long as the Mets win, I'll be a happy camper.