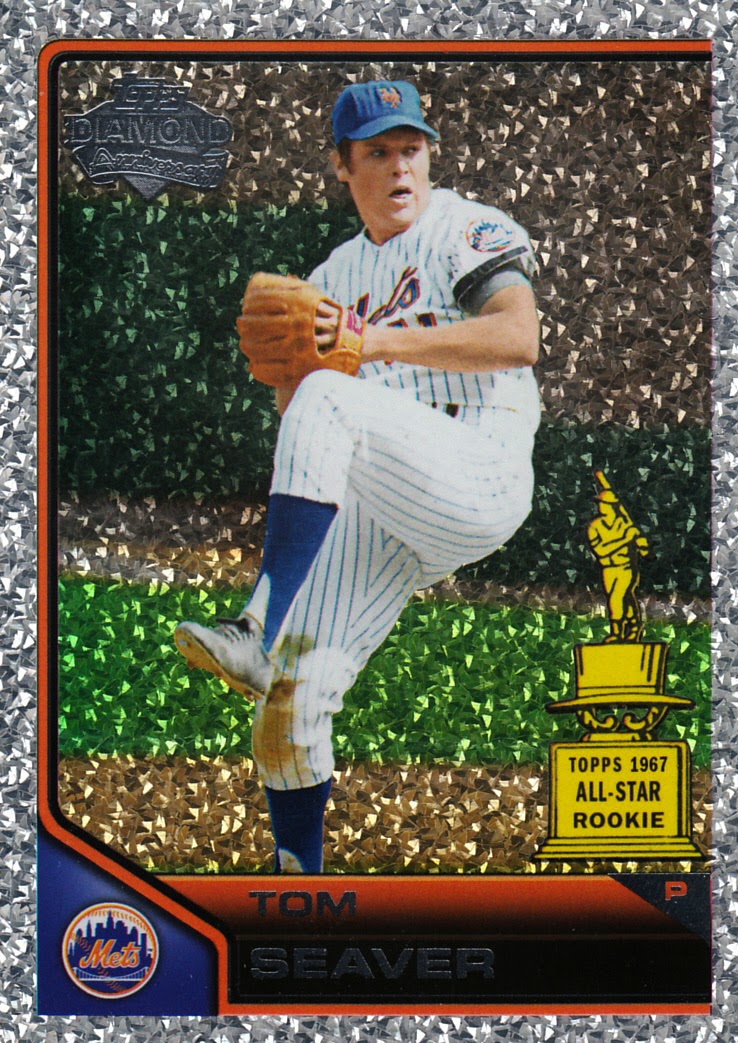 This glittery Tom Seaver refractor from 2011 Topps Lineage is a good lead-in for the latest chapter in the ongoing PWE exchange with my buddy Shane of Shoebox Legends.

Each installment of cards I get from Shane is excellent, of course, but I think this one might be his best handiwork yet.

The Seaver woulda been great on its own, but this is just the tip of the iceberg. 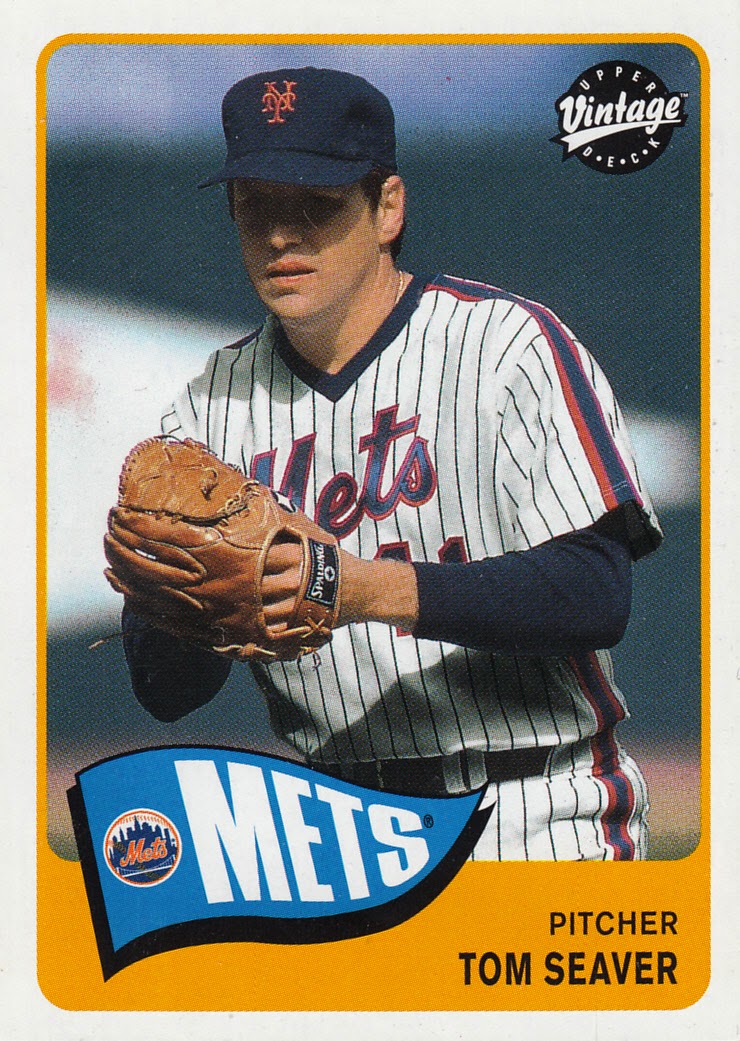 Undoubtedly, Shane has added some kick-ass Seavers to my collection over the past year or so.  I know these UD Vintage cards are obvious rip-offs of classic Topps designs, but I unashamedly like this card.  A lot. 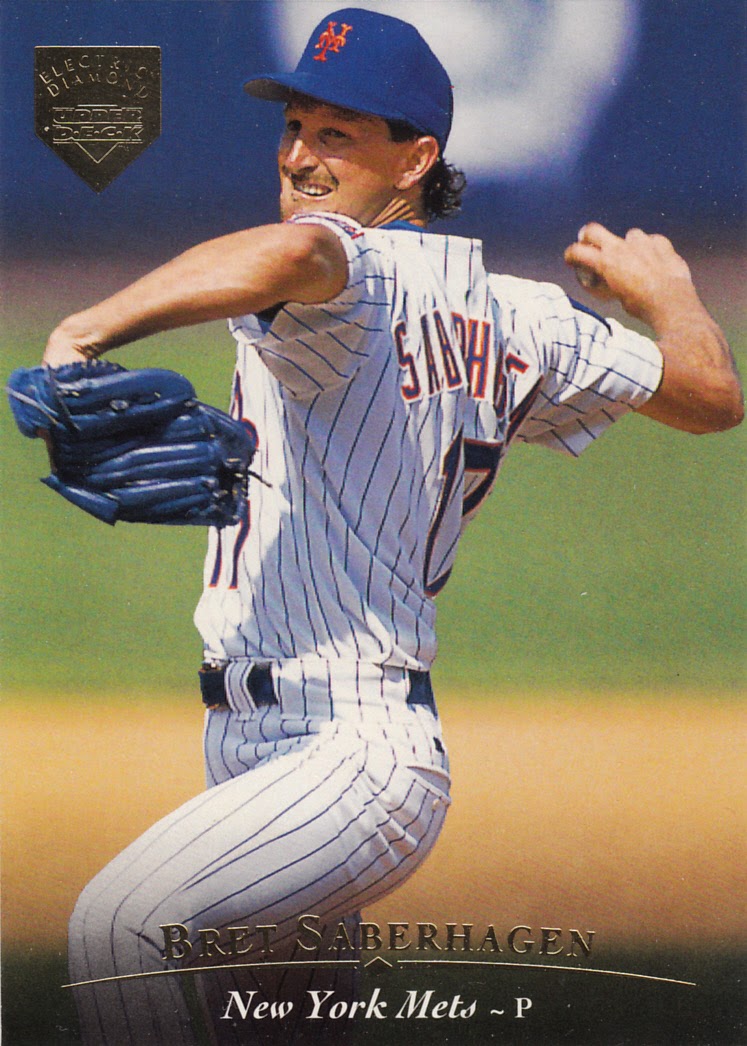 A much rarer Electric Diamond Gold parallel from '95 Upper Deck.  Per Shane, this is a one-per-box pull.  Very cool!

Another sparkly refractor, this one from last year's Bowman.  Thankfully, a photo of Wilmer Flores that hasn't been recycled to death. 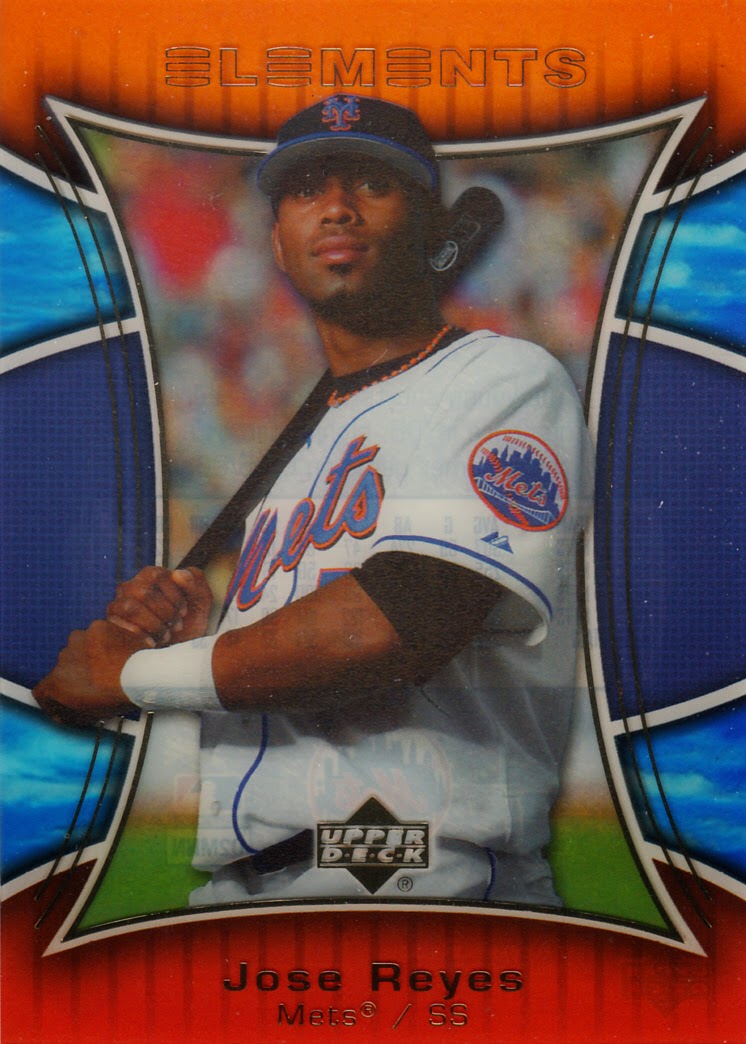 This card of Jose kinda reminds me a stained-glass window.  Very churchy! 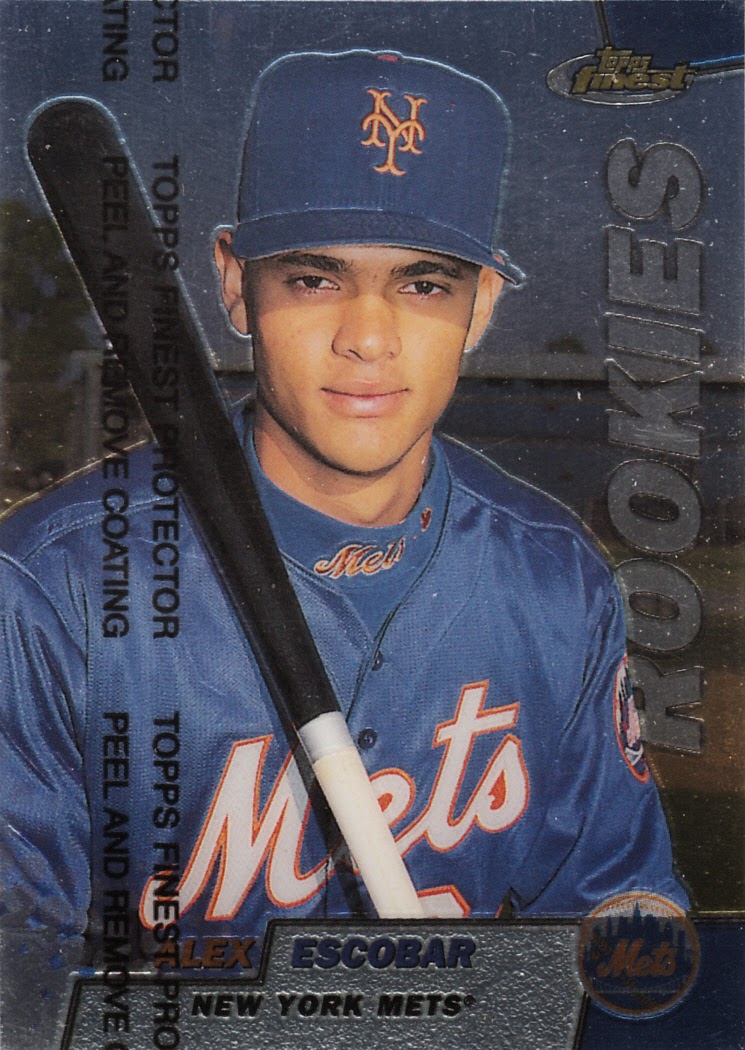 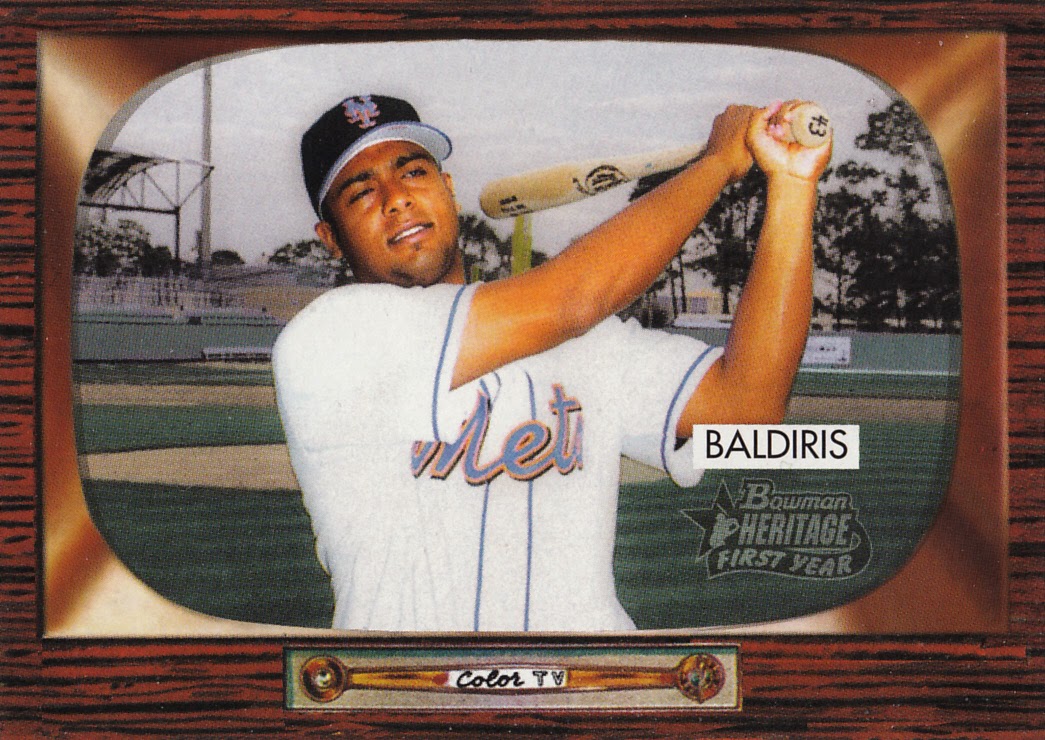 This is my first card of Aarom Baldiris, whose name was much more interesting than his career was great. Baldiris, who the Mets drafted at the tender age of 17 directly out of high school, never advanced above Double-A Binghamtom during his time in the Mets organization. 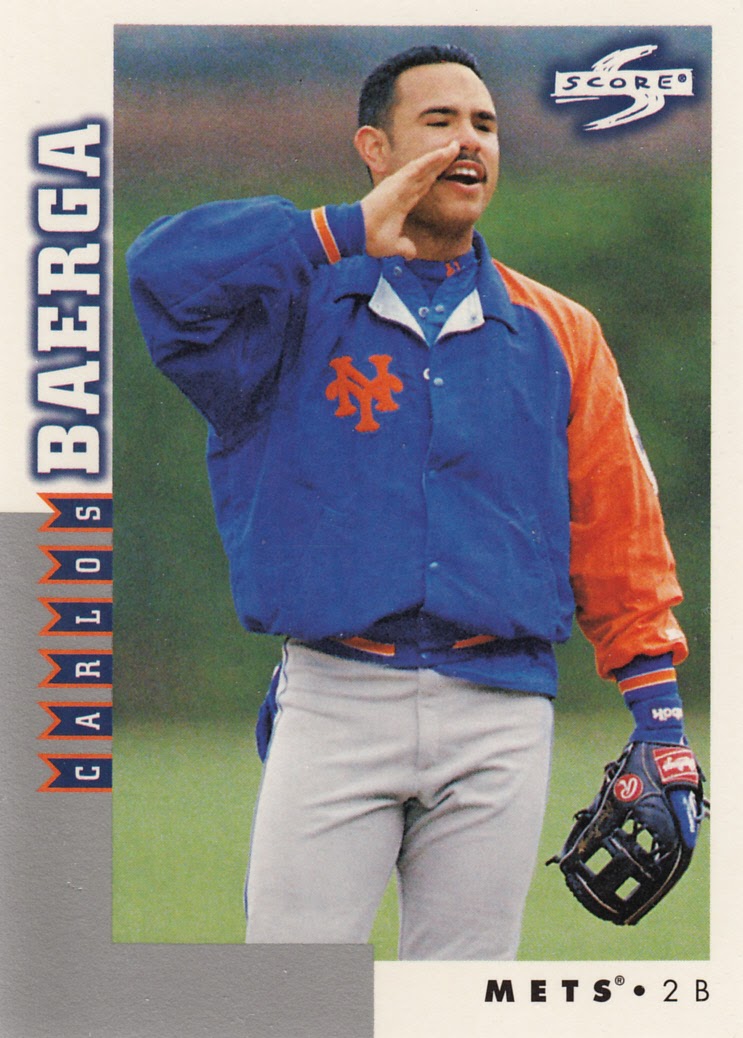 I was probably most excited to see this Baerga card, from '98 Score Rookie/Traded.  Not sure how Score picked the players for the checklist of this set.  Carlos was neither a rookie or traded player at the time this set was released.  But, anyhow, it's a really great photo of one of my all-time faves!  As I told Shane via email, this card had been on my want list for a long, long time!

Lastly, we switch gears a bit... 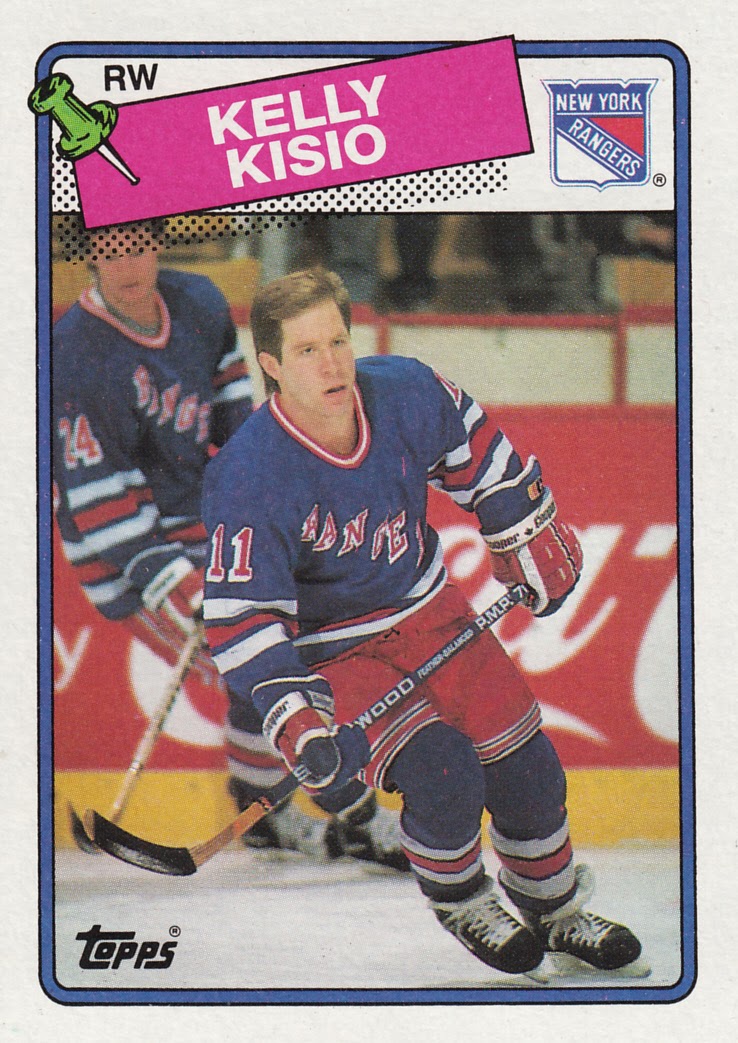 I challenged him to find me a Kelly Kisio card a couple months back, and Shane delivered.  Of course he did. This guy is the hockey card chief!  Anyhow, Kisio was captain of the Rangers when I first discovered hockey and fell in love with the team.  So it's pretty great to finally add a card of his to my hockey collection, however puny it may be!

Thanks again, Shane!  As always, you knocked one outa the park!