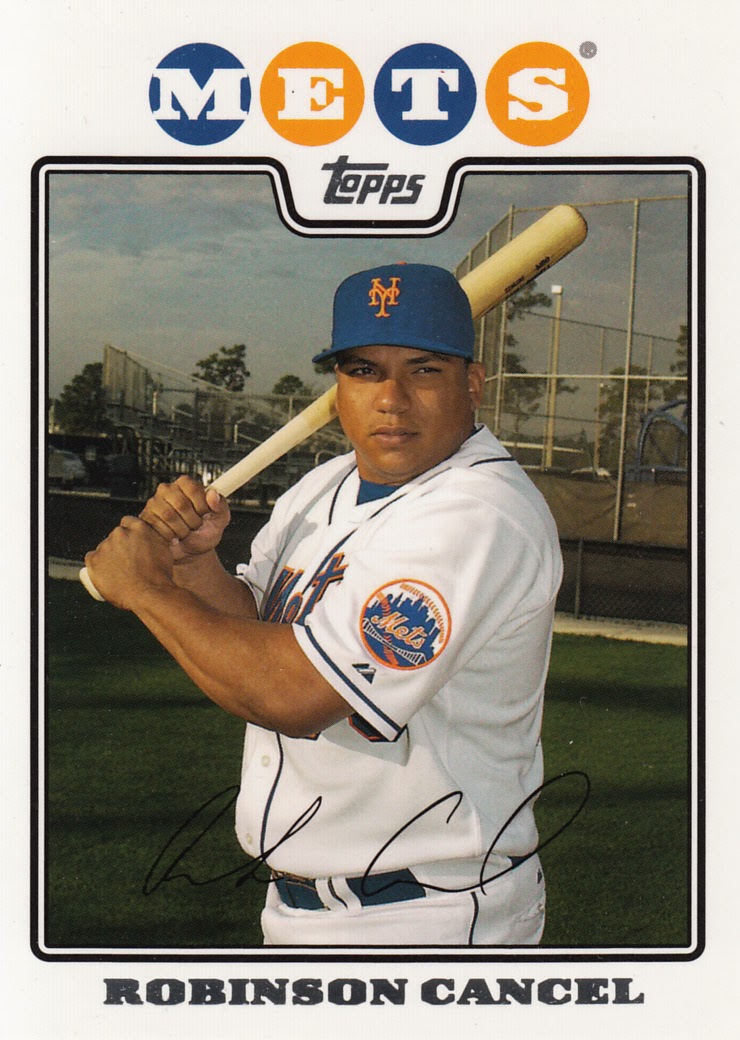 Another holiday PWE to share with ya today. I love these things!!

A little over a month ago, Bert of Swing and a Pop-Up floated me a 2008 Topps Update of Chris Aguila, a little-known outfielder who had a cup of coffee for the Mets in '08 season.  No big deal, right?  WRONG!  It was a big-time acquisition towards my All-Time Mets Project.  Another obscure player crossed off the list!

So, this time around, another entry from 2008 Topps Update and another equally unknown player from the ever-colorful annals of Mets baseball.  Catcher Robinson Cancel -- who I knew as a member of the Somerset Patriots from the independent Atlantic League in the mid '00s -- played just 28 games for New York over the course of two seasons.  Twenty-seven of those games were in 2008, when he compiled a .245 BA over 49 ABs with one homer and five RBIs. 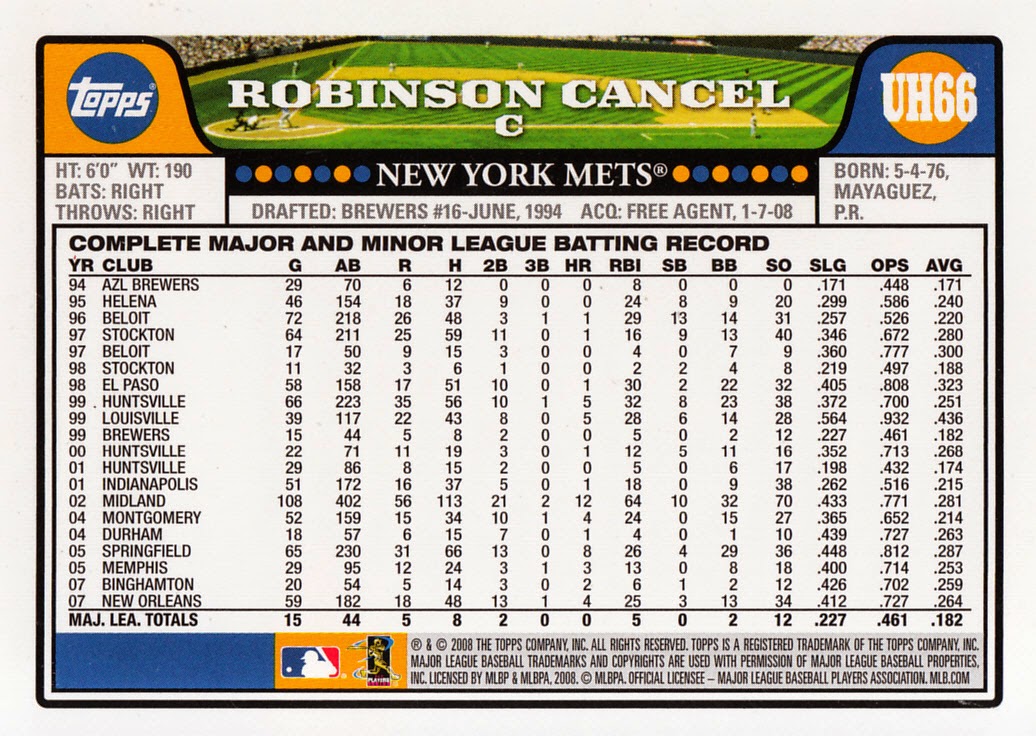 Just like Aguila, this is an exciting addition to the ATMP.  Obscurity equals mucho excitement! 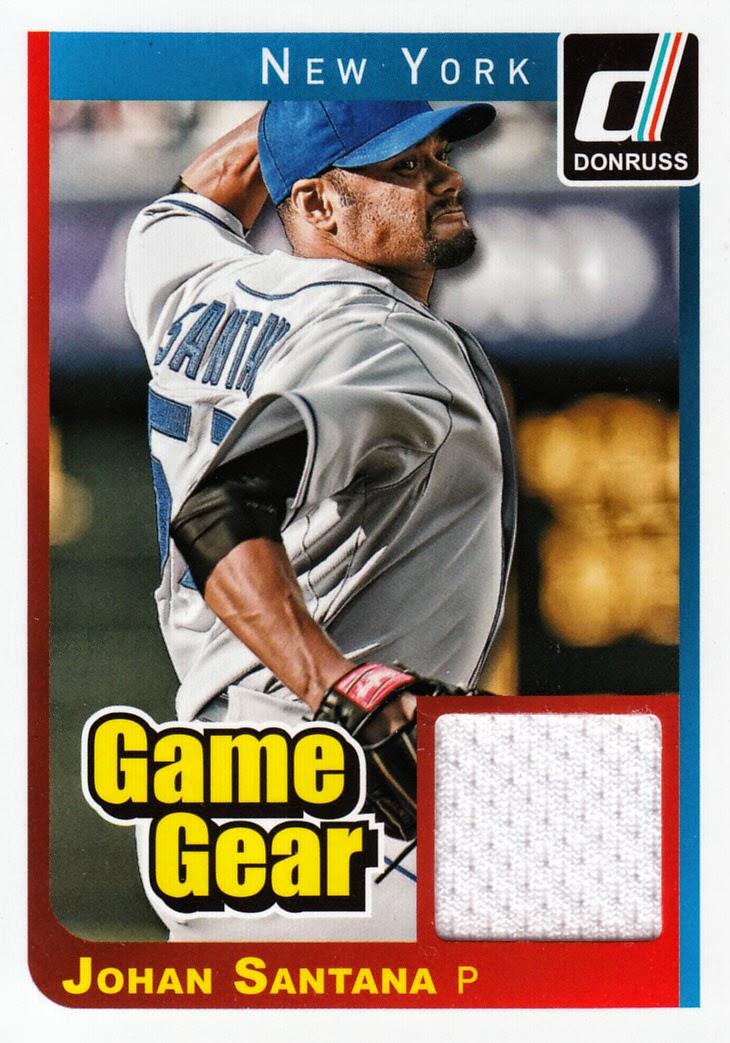 Of course, that previous comment is somewhat tongue-in-cheek, though there is more than a modicum of truth in the idea that base cards can give us more joy than a relic or auto can any day.  Regardless, the Santana is a pretty sweet card, and I'm happy to own it!

A Merry Christmas to you and yours, Bert!  And I look forward to a new year of swapping cards with you!