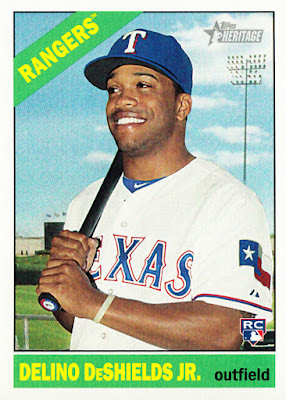 It's 2015 Topps Heritage High Numbers.  I found a pair of lonely blasters at one of the local Walmarts a week or so back.  Naturally and impulsively, I snatched up both and hurried to the cashier to part ways with my hard-earned dough.

I'm very conflicted about this year's High Number offering.  On one hand, I'm excited for an expanded checklist that features 225 cards as opposed to just 100.  But, on the other hand, it's not being released in boxed set form with a guaranteed auto and all the cards in one fell swoop.  Making matters worse, it's got 25 short prints, including Kris Bryant.  I'm so sick of chasing SPs that I can't even begin to tell you.

Anyhow, let's take a look at some of the highlights from my two blasters.

First, all the Mets: 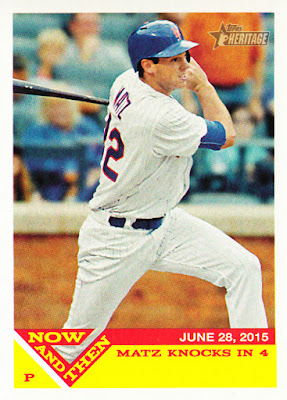 This box was top-heavy with Mets!  Good thing I decided to get both blasters, as I'm sure this is the one I would have left behind.  My first Mets cards of Gilmartin, Robles, Matz (times two!) and Torres.  Of these, Alex Torres is the only one who didn't last the whole season for the club.  It's a shame the photo doesn't feature him wearing his big, awkward-looking safety hat.  You know the one... This is one of the reasons I found it curious this set came out so early:  You get guys who ain't even there any more.  On top of that, I thought they should have waited longer to allow for deadline-deal guys to appear in their new unis.  What's the point of a high number or update set, after all?  Oh well, still cool to get a card of a guy like Torres who was only a short-time Met.  Might be his one and only card as a Met.

Oh, and how about this curious case:


On every checklist I've seen, it lists this card of Clippard as a Mets card.  But, this very much looks like an Oakland A's card to me.  Until we turn it over... 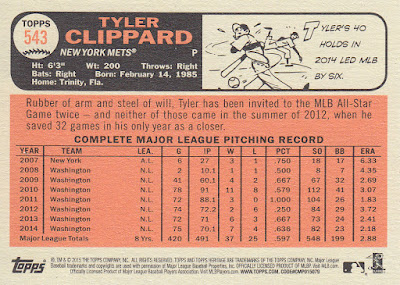 So which side is right?  Is this really a Mets card?  Should I really be including this with the rest of the Mets from this set?  Well, I don't know what proper etiquette is in this case, but I'm passing.  It says ATHLETICS on the front and he's shown in an A's uniform.  That far outweighs some tiny size-2 font on the card back.

Okay, how about the SPs from Box One...

Just these two, which I guess is okay since there are eight packs per blaster and the odds are 1:3.  Neither is Kris Bryant, but I can't hold that against them.

And now some inserts to wrap up Blaster One... 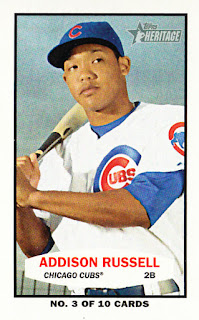 I guess this was an Addison Russell "hot box." 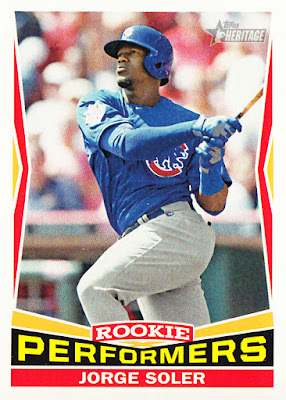 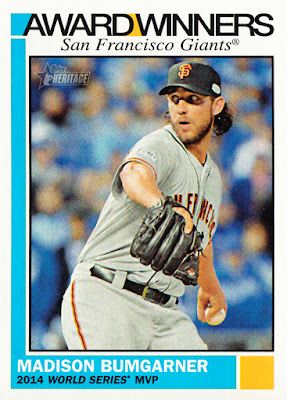 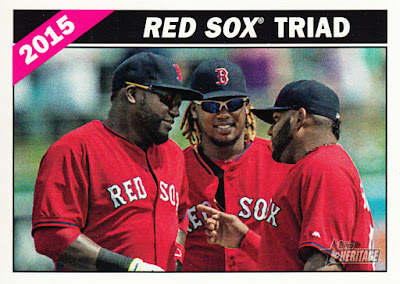 This one is ticketed for Rhode Island. 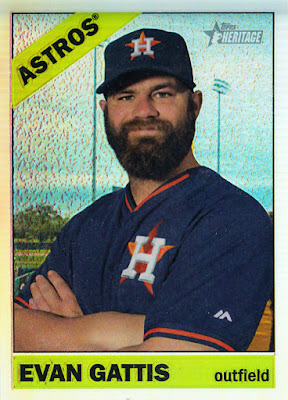 A chrome refractor of Evan Gattis wraps up the highlights of Blaster One.

Onward we go to Blaster Two...

Mets are up first.


Three more Mets!  Between these two blasters, I netted all but two of the Mets base cards in the set.  I'm only missing Kevin Plawecki and Eric Campbell.  All in all, a pretty solid job by the cardboard gods!

As for short prints, I did slightly better than Blaster One...


Three SPs instead of two.  I bucked the odds by a hair, and that is a good thing.  Still no Kris Bryant.  That is not such a good thing. 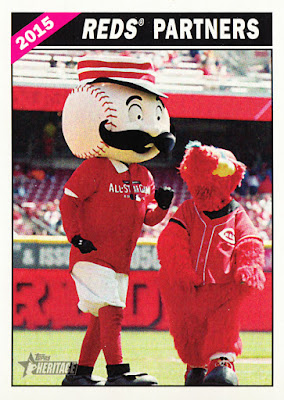 A rip-off of Mr. Met and some sort of Elmo-Cookie Monster hybrid.  The Reds' mascot game needs work. 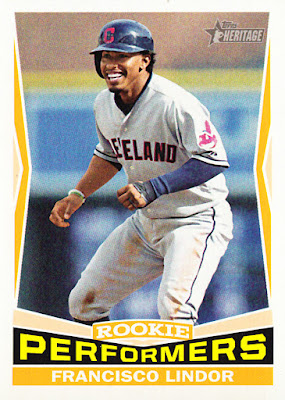 Many aren't fans of the Heritage inserts, and I mostly agree.  But this one I like. 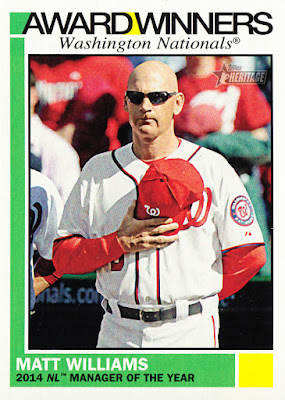 No comment.  Okay, maybe one:  Ugh!  Although, I'll miss him in Washington since he was such an ally to the Mets (and any other team opposing the Nats). 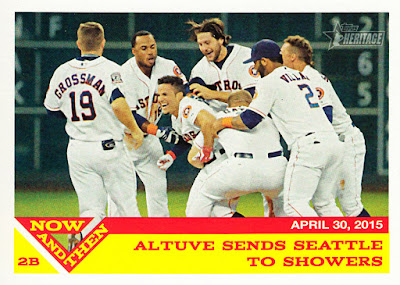 These guys from Houston are still having some fun, eh? And yet another chrome refractor.  Two for two in the regard.

These were the first packs I've ripped in a very long time.  For the most part, pretty satisfying given the yield of Mets cards.  From here, however, I'm not sure how to proceed with this set.  I want to complete it, but I'm not sure what the best angle is.  Do I just opt for a reasonably priced master set?  Do I knock out the remainder of the base set via dime boxes and look for cheap SPs on eBay?  Do I keep buying packs?

None of these options are appetizing.  Like I stated before, I miss the boxed set.  At least I could throw those on my Christmas list and forget about it.  Mostly, I'm just annoyed about having to devote more time and resources to short prints.  It's bad enough to have to do this for the regular set each year.

Anyone out there having any luck and/or fun with High Numbers?