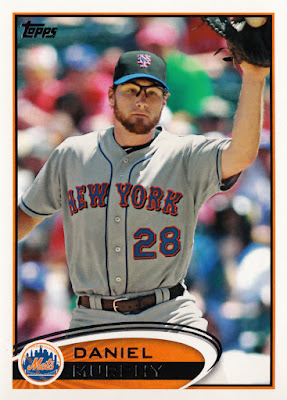 I'm not sure if you've heard, but New York's Daniel Murphy is on some kind of home run tear right now.

In 33 at-bats over eight games, Murphy has clubbed an unbelievable six home runs, including one in each of his last five contests -- a streak which matches the postseason record established by Houston's Carlos Beltran back in 2004.

To put things into perspective, Murph had a career high of 14 home runs during the regular year.  In seven big league seasons, the native of Jacksonville, Fla. has collected just 62 round-trippers.

In other words, the Mets' second baseman is putting on an otherworldly exhibition at the plate nowadays.

And he's doing so against some of the game's best.  His six blasts have come against the likes of Clayton Kershaw (twice), Zack Greinke, Jake Arrieta and Jon Lester.  I don't know who will be named the NL's Cy Young winner this year, but Murphy has a home run off him this postseason.

Thanks in large part to his blistering stretch at the plate, Murph and his Mets teammates are one victory from the World Series.

The above card is from the 2012 Topps Mets Team Set.  It features a totally different photo of Murphy than was used in his regular '12 Topps base card.  As you can see, Murph was handling first base duties at the time of this particular in-game shot.