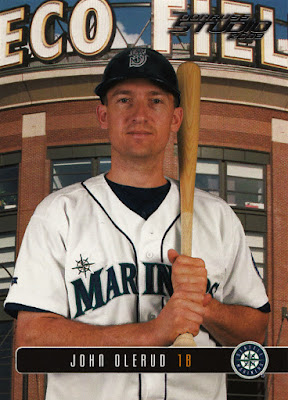 T.J., aka the Junior Junkie, has been a busy fella.  Many of the blogs I frequent have featured cards that emanated from the Bayou State recently, and I was lucky enough to be tabbed for that club, too.

The contents of my envelope from T.J. were largely centered around some of my more prominent player collections.  That includes former Met John Olerud who, yes, spent a few very solid seasons in the Pacific Northwest. 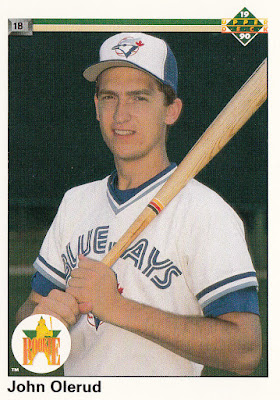 Of course, he began in Toronto, having completely skipped over minor league ball.  Will we ever see that happen again?  Probably not. 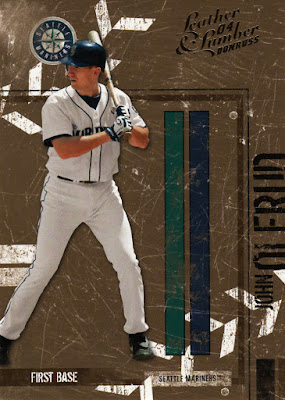 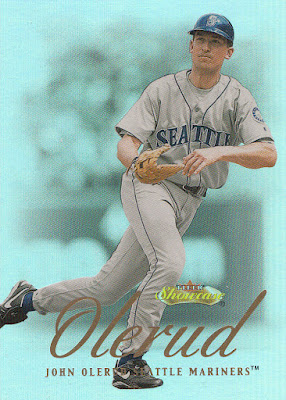 A few more from John's Seattle days.  I'm still kind of bitter that Olerud--well, his wife mostly--chose not to re-up with the Mets following the '99 season.  He was such a perfect fit for the Piazza-era Mets teams and he was one of those guys who didn't shrink playing on the big stage of N.Y. 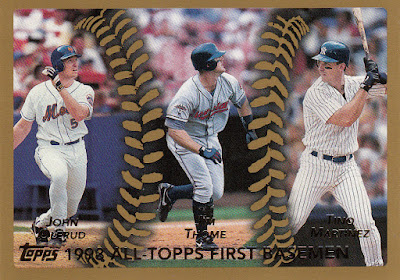 Remember when multi-player cards didn't suck?  Latter day league leader cards are a complete bore.  On the other had, this '99 Topps card is both stylish and features non-recycled photos.  The little things, you know? 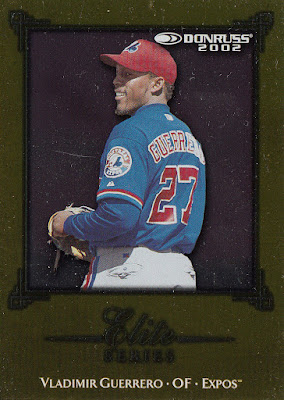 Gotta have some Vlads, right?  I'm closing in on 400 different cards of the former All-Star. 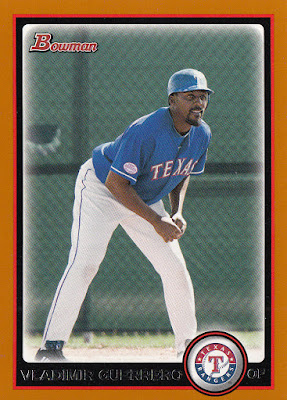 Orange bordered, numbered to 250.  Not too shabby! 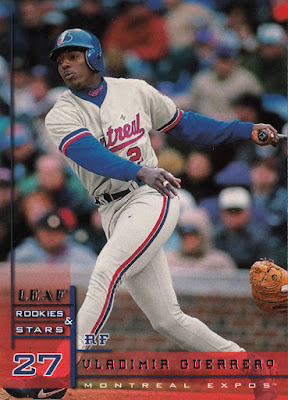 By far, my Guerrero collection represents the biggest of any non-Mets player.  I just always liked watching the guy play, and that's the long and short of it. 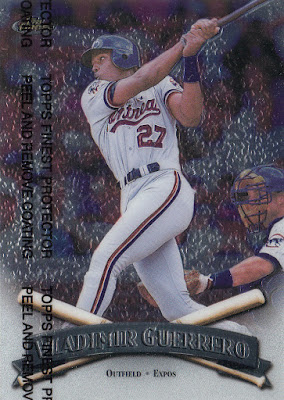 It doesn't hurt that there are a bazillion cards of Vlad out there to be had.  That always make collecting a given player both fun and easy.

And finally a few cards of Carlos Delgado, another former Mets first baseman. 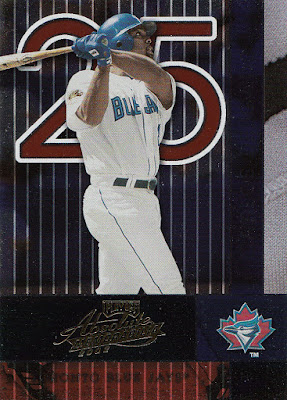 Even before he became a Met, I was into Delgado's cards.  Didn't see too much of him since Jays games didn't (and still don't) get much play on American national TV, but his SportsCenter highlights were always eye grabbing. 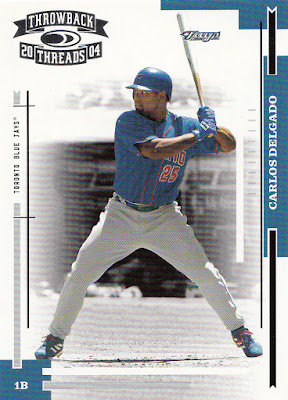 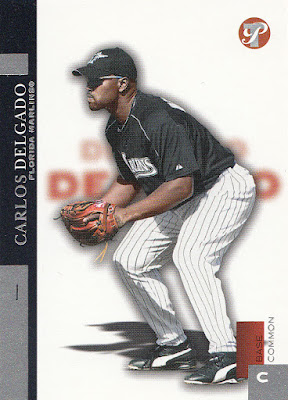 It's still weird for me to see cards of Carlos wearing Marlins garb.  He spent just one season in Miami sandwiched between a dozen in Canada and four in New York. 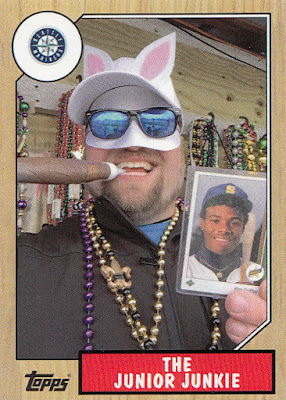 No comment necessary.  And we'll leave it at that.

Thanks very much for keeping me in mind, T.J.!