Jerseys and Bats and Autos...Oh My! 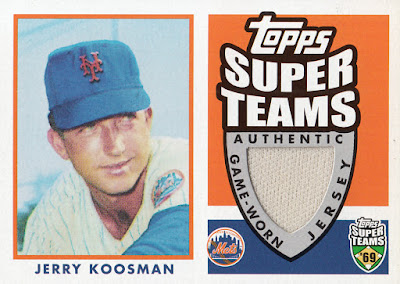 In the long history of exchanges between myself and Shane from Shoebox Legends, I can't recall a more stunning array of cards.  That may sound a bit like hyperbole, but stick around and you'll see what I mean.

Or, you can just take a gander at the lead-off card and you'll get a good indication of what I was treated to by my good buddy from Rhode Island.

Usually, Shane and I swap PWEs, but this latest delivery required a padded yellow envelope (or, PYE, as Shane suggested in his note).  Heck, Shane could've just stopped at the Koosman Super Teams jersey card and I'd be plenty satisfied and over the moon and all that good stuff.

But, this was just the tip of the iceberg. 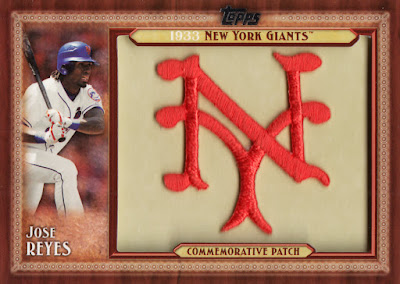 I know the Mets play in New York and they essentially 'borrowed' the ballcap logo of the old New York Giants at their inception, but does anyone else think that Topps kinda fudged up here?  Woulda made more sense to put a current-day SF Giants player on this card, no? 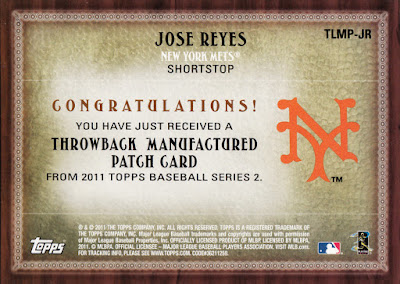 Eh, whatever, I'm not complaining.  It's an interesting addition to my collection regardless of the crossed wires. 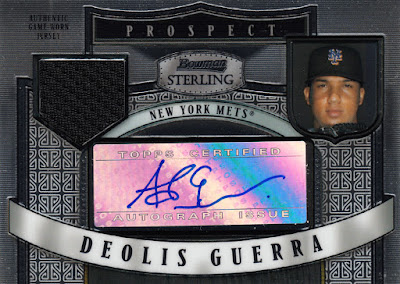 A lot of activity going on here.  You've got a home plate-shaped swatch of black uniform top, a little head shot of the player, a sticker auto, Ancient Egyptian patterns and a big chromy banner containing Guerra's name.  Clearly, there wasn't any room for the kitchen sink!  No matter, I dig this card in a big way!

Deolis Guerra, by the way, was part of the package the Mets sent to Minnesota in order to acquire Johan Santana in February 2008.  The Venezuelan right-hander is presently in a reliever for Anaheim. 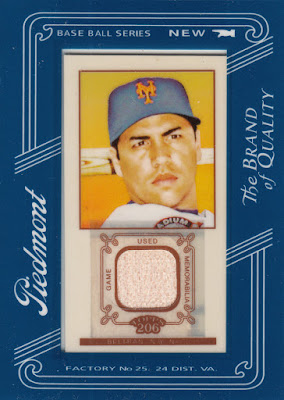 We now enter the 'framed' portion of the post, as this snazzy framed mini of Carlos Beltran kicks off three straight framed mini cards that were included in the envelope.  That's a piece of game-used bat embedded in the card.  Very cool!  The blue frame is very sharp, as well. 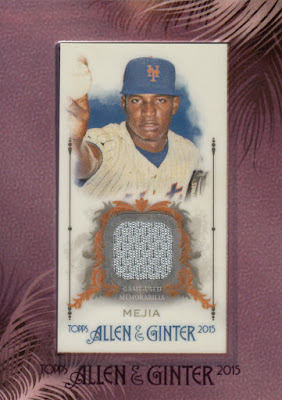 He's out of baseball, but he's not out of our consciousness, thanks to this fancy framed A&G relic from 2015. Framed minis are kind of a foreign thing to me, as I only had one in my collection prior to receiving this package from Shane.  I have to admit, they're neat collectibles. 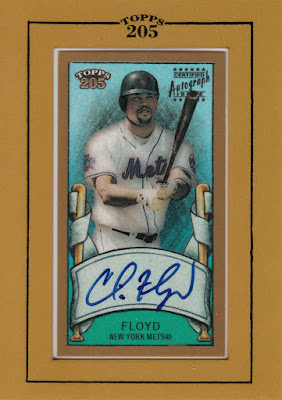 My favorite of the framed trio is by far this beautiful, golden specimen here.  That's an autograph of Cliff Floyd on that card, folks.  I can't tell you how extraordinary that is.  The portrait on the mini itself is tremendous on its own, but having Cliffy's signature on there is just icing on the cake!

The fun didn't stop with just Mets cards, though. 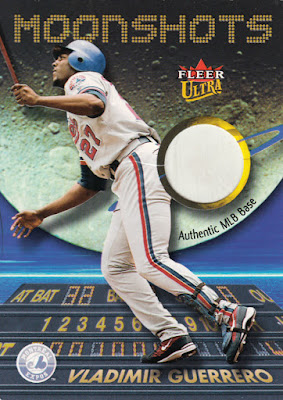 Here's a first for my collection -- a piece of a base embedded in the card!  Now, THAT is pretty freakin' cool!  Not to mention that it's one of the better insert themes ever concocted by Fleer.

Hockey season might be over, but it's never the off-season for cards of the "Coolest Game on Earth." 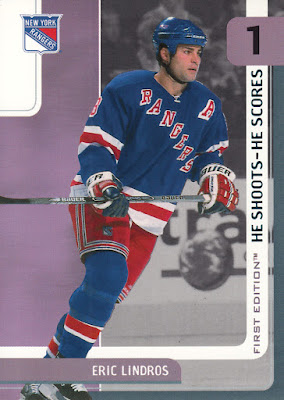 Not only is this my first card of Eric Lindros as a New York Ranger, but I believe it's my first Lindros card, period. Like I've stated before, I was never much of a hockey collector in my younger days.

Lindros was a bonafide Ranger-killer as a Flyer in his early days and, naturally, he didn't do much on Broadway later on when he joined the good guys.  Nonetheless, he's one of those big-name guys you like to collect.  At least in a Rangers sweater. 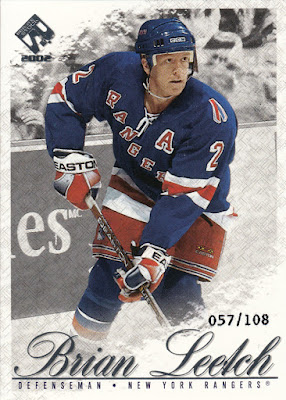 We'll wrap it up with the greatest American-born defenseman in NHL history, Brian Leetch.  Numbered to /108, this is a terrific card to own of an all-time Blueshirts great.

Good grief!  I mean, if that ain't the goody-bag to beat 'em all.  I don't know how you work the magic, Shane, but I sure am thankful to be the recipient of it!