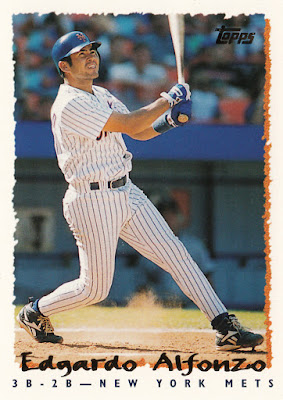 My scan folder has become somewhat backlogged with images from recent Zistle trades, so it's time to remedy that issue.

Today, my 33rd trade via the Zistle website; this one with fellow member jtcrawfordcr.  It was a pretty sizable deal with about 50 cards going in either direction.  He's a Cubs fan, so I was able to unload a bunch of Cubbie dupes I had lying around.

In the leadoff spot, a card I've been wanting for quite some time -- Edgardo Alfonzo's Topps rookie card from the 1995 Traded edition.  Since Fonzie's one of my all-time favorite Mets, it was a must to own this one! 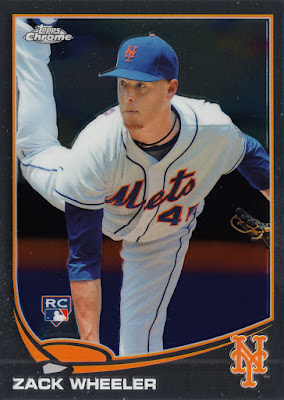 Here's another nice rookie I was happy to knock off the ol' want list.  This Wheeler is from the 2013 Update Chrome set, which was available via the "Mega Boxes" which contained both regular Update and Update Chrome packs. 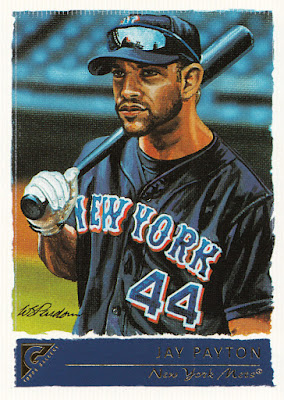 I'm always eager to get Topps Gallery cards for my collection.  In my mind, "gallery" means the cards should be an actual painting or portrait.  That's not to say I don't like the Gallery sets that feature actual photography, but you get my drift. 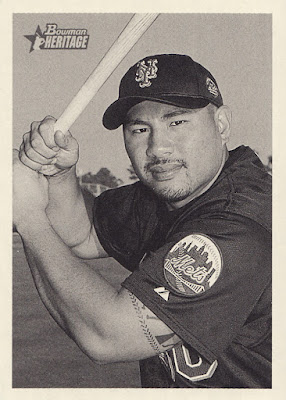 Black and white Benny Agbayani from 2001 Bowman Heritage.  Nice card of the former Mets playoff hero out of Hawaii. 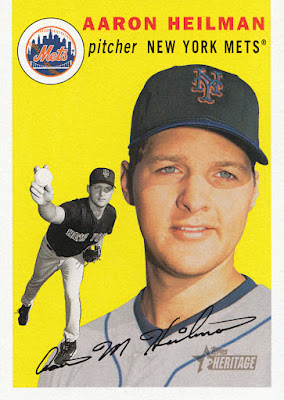 One of Notre Dame's most notable baseball alumni--and a former first-round pick by the Mets--Aaron Heilman graces this 2003 Heritage base card. 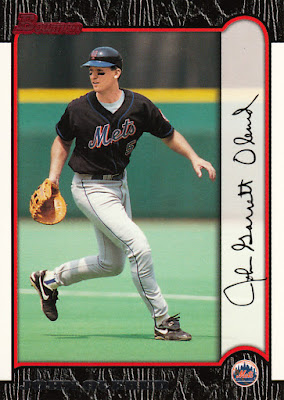 John Olerud has a nice, neat signature.  But, would you expect anything different from him?  I'd be appalled if his autograph looked like chicken scratch. 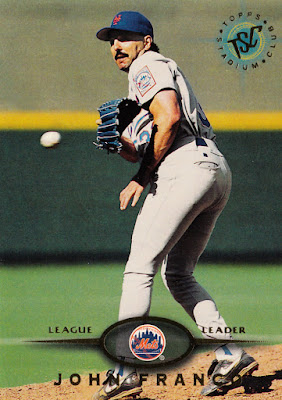 Look out, Johnny!  Franco braces for a comebacker on this '95 Stadium Club base card. 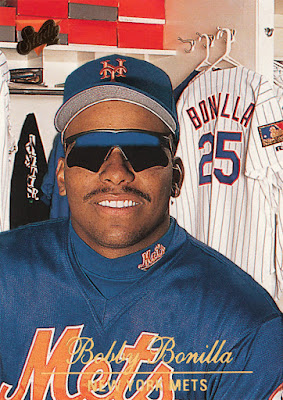 Do ballplayers still wear shades like this?  These perfectly suit Bonilla, who was always a little too cool for school, wasn't he?

Those were a handful that really stood out for me.

And, now here's the rest of my Mets haul from this trade.... 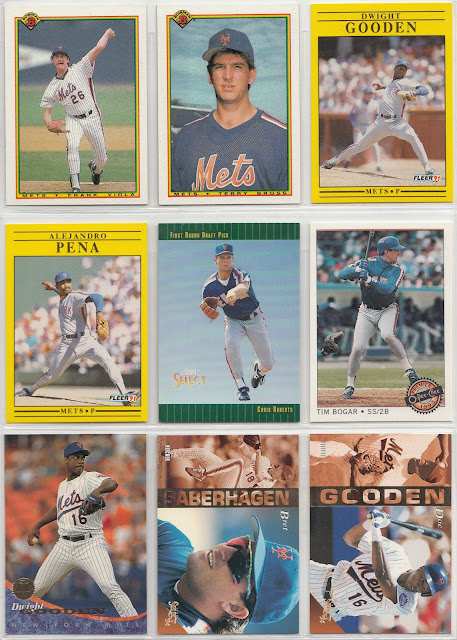 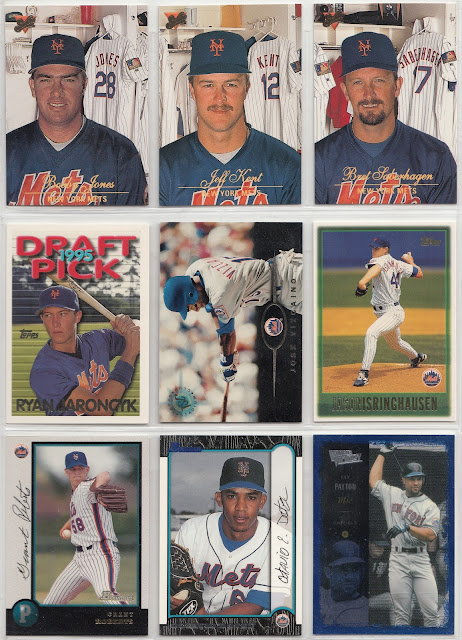 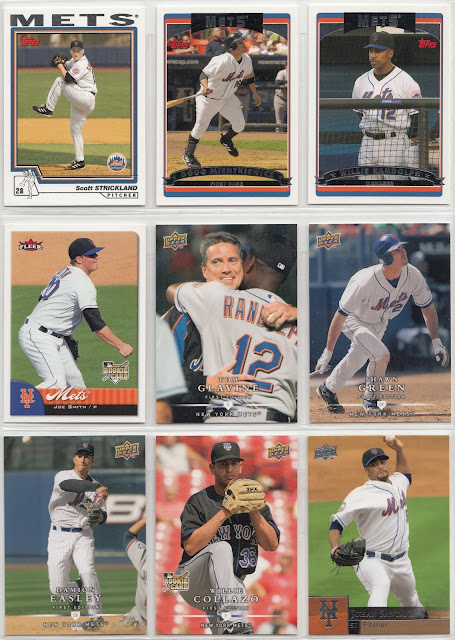 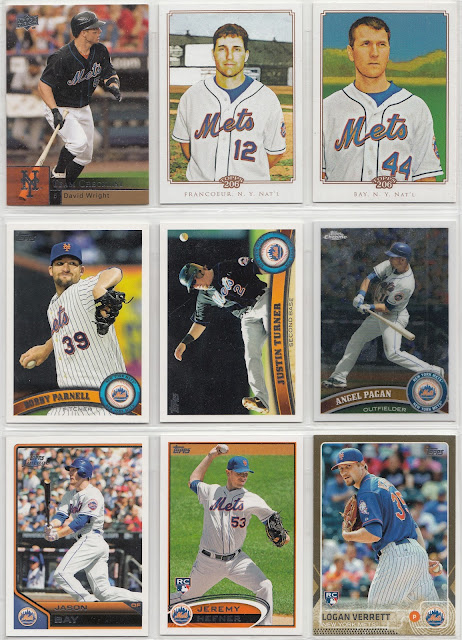 The cherry on top of this deal was actually of the non-Mets variety.  Which sort of sounds like sacrilege, but I'm such a huge Topps Heritage fan that I make no apologies. 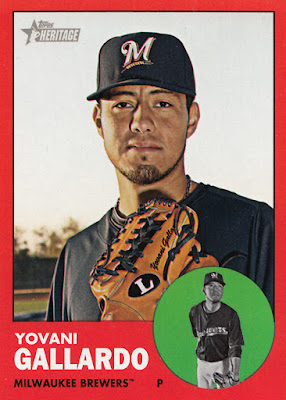 The 2012 set was the first Heritage edition I formally collected and it's the only for which I've wrangled all the base cards, SPs and High Numbers.  For that reason, I've got a special kind of connection to it and feeling for it. That being stated, I want to try to grab all the colored parallels, as well.  So, if you've got any unwanted reds, blues or blacks lying around, give me a holler, please! 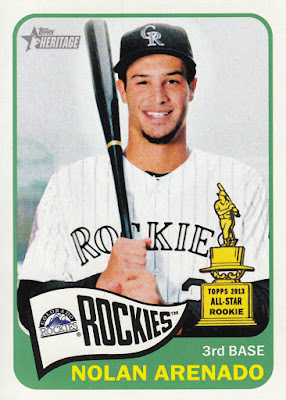 The 2014 set was pretty amazing since it payed homage to the '65 design.  Netting Arenado's All-Star Rookie short print from that set makes me a happy camper. 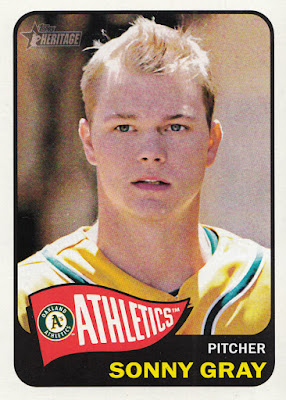 Ditto for Gray, who's had a rough season but is still a bright young star out in Oakland.

All told, a pretty terrific trade with lots of variety!