I love Hall of Famers; I think all of us do.  And nothing beats cards of Hall of Famers for a mere dime.  Being able to snag few cards of the game's legendary stars for such a minuscule price tag is one of the true joys of card shows.

The following cards are some of the new pieces to my HOF collection... 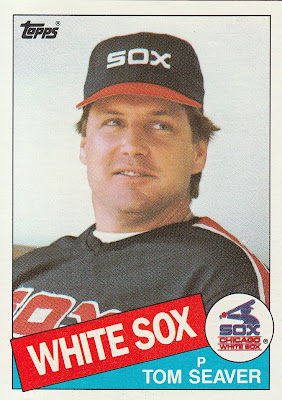 I didn't even recognize Tom Terrific at first glance.  I only saw the White Sox jersey and cap and the doughy face and my mind automatically registered "Carlton Fisk."  I still tossed it in my 'purchase' pile, and was pleasantly surprised when I went back for a look at my loot later on. 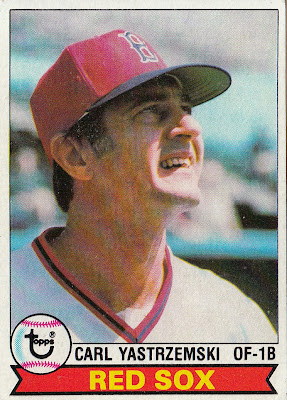 Yaz looks more like your grandfather than a guy who was just two years removed from a 28-homer, 102-RBI season.  We need more ballplayers in today's game to look like this, using their old man strength to put cocky, young pitchers in their place. 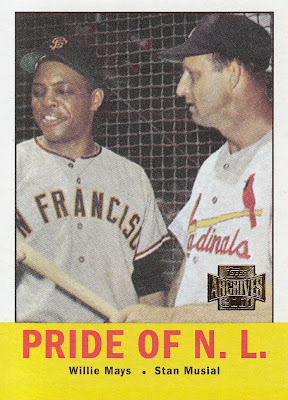 Truly, this was a time when it was all too easy to have pride in your league's heroes.  Guys weren't changing teams as often as underpants and All-Star Game starters played deep into the game instead of making silly cameos.  In 1963, I'm sure boys all over the country were gladly giving (or taking) a black eye to defend the hallowed names of Willie Mays or Stan the Man. 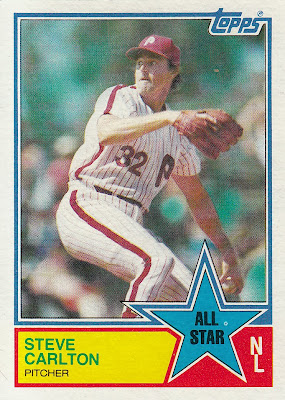 "Lefty" Carlton made 10 All-Star squads during his brilliant career.  The 1982 Midsummer's Classic was his final hurrah in that regard.  On that occasion, Carlton was the first pitcher out of the bullpen for the NL, striking out four batters over two innings.  The Senior Circuit prevailed, 4-1, at Olympic Stadium. 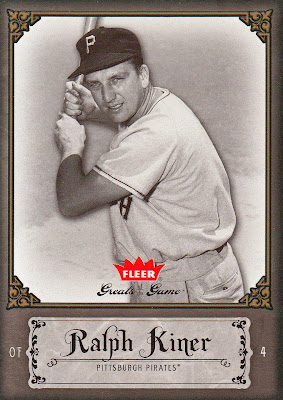 I grew up listening to Ralph Kiner and Tim McCarver on Mets telecasts on WOR-TV.  To me, Kiner was just the old guy who called Mets games.  What did I know, I was just a dumb kid who thought baseball was born with the '86 Mets.  Kiner, of course, was a true badass as a player, leading the NL in homers for a seven straight seasons from 1946-52.  Ridiculous! 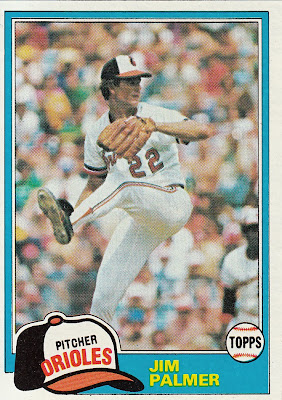 Jim Palmer crafted eight seasons of at least 20 victories.  He won three Cy Young awards, finishing twice in voting on two other occasions.  Of his 268 career wins, an MLB-high 186 of them occurred during the '70s. 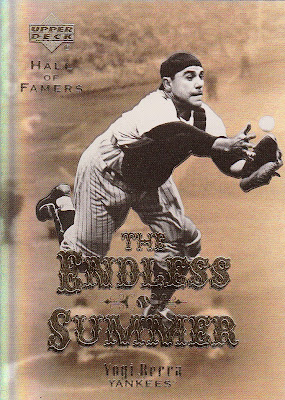 This card is so shiny and sweet that it gave my scanner a toothache.  Yogi is such a renowned figure in baseball history for his colorful personality, but this is a guy who played for 10 World Series champions.  Certainly, there will never be another Yogi...in more ways than one.

Not a bad lot of cards for just 70 cents!