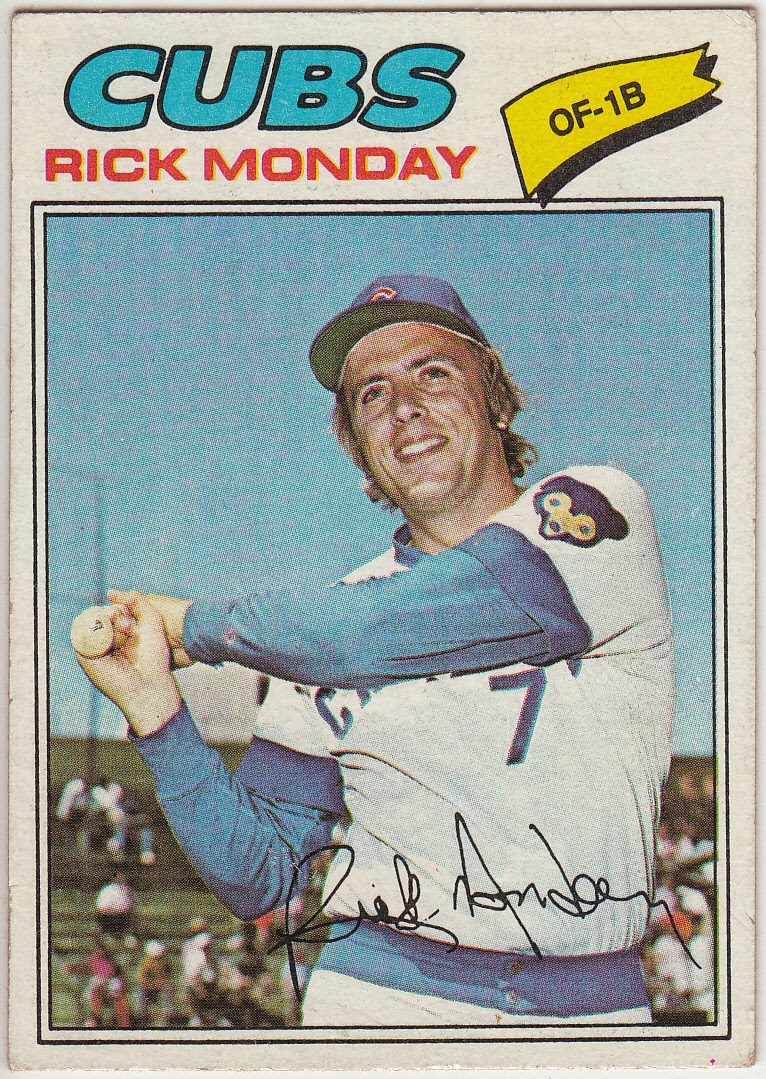 It's crazy to think that there was a time that I didn't give two thoughts to pursuing the 1977 Topps set.  This was before I was a set collector and such.  But, I mean, here I had this box from my Uncle containing hundreds of cards from the late '70s, most of those hailing from the great '77 edition.  Just sitting in a dark corner of my closet.

Well, thankfully I came to my senses, cos I've had a blast putting this thing together little by little.  And the best part about it has been getting help from my friends around the blogging community. 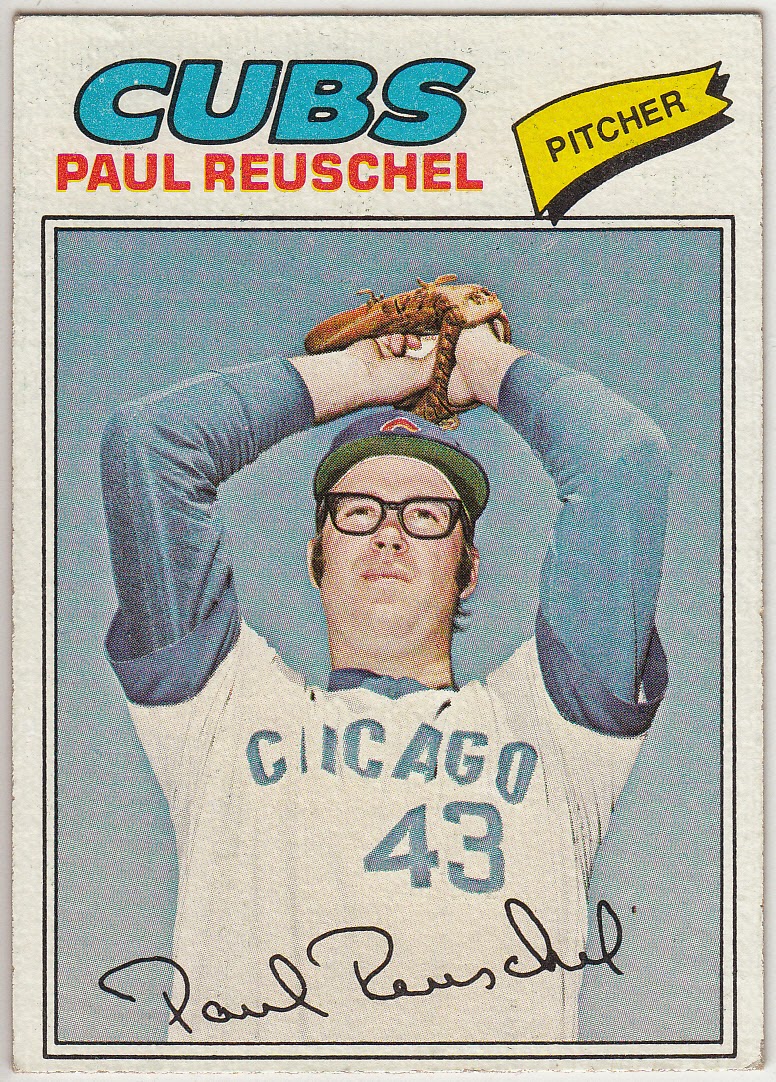 And here we have the less-successful but equally homely-looking of the Reuschel brothers.  Hey, I'm no Burt Reynolds myself, but...  Well, never mind that.  Still, you gotta give the guy his due for the Hanson Brothers-style specs. 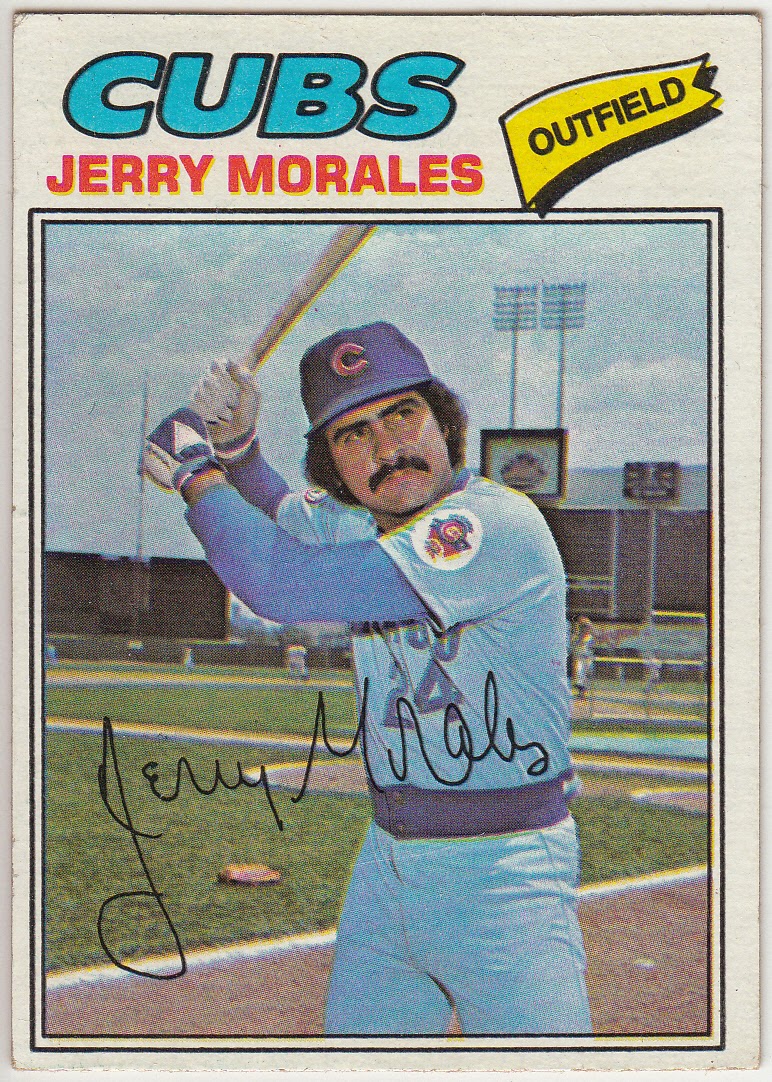 And finally Jerry Morales, a former Met (for one season at least) in a posed batting stance at good ol' Shea Stadium.  That's one of the things I love most about cards from the '60s and '70s -- a lot of photographs were snapped at the former home of the New York Mets.

Thanks much for the additions, Tom!