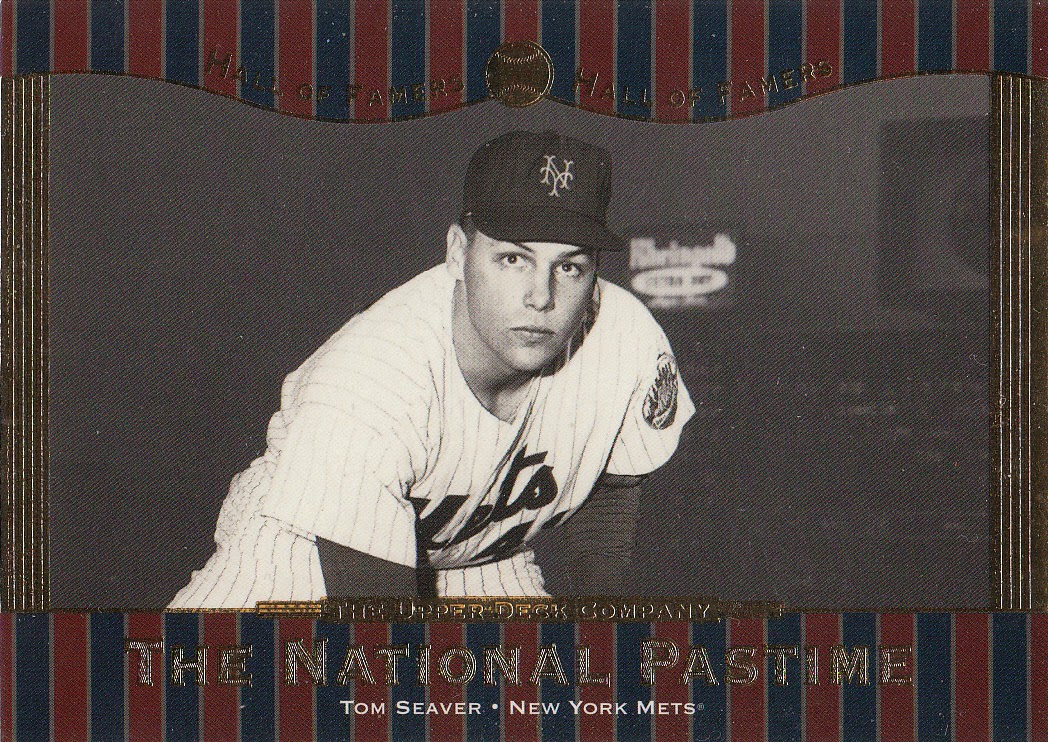 I don't know how he was able to dig his way out of his house and tunnel to the mailbox with all the snow the folks of New England have been getting, but Shane from Shoebox Legends somehow got it done!  Two envelopes full of cards for your's truly.

And most of them were Tom Seavers.  It doesn't get any better than that.

The up-top card of Tom Terrific is my favorite of the batch, as you've got a great look at the Rheingold Beer scoreboard advertisement over his left shoulder.  Rheingold used to be the official beer of the Mets back in the day.  Never had it personally, and I'm not even sure if they still make it.

Anyhow, let's look at some more of my new Seavers... 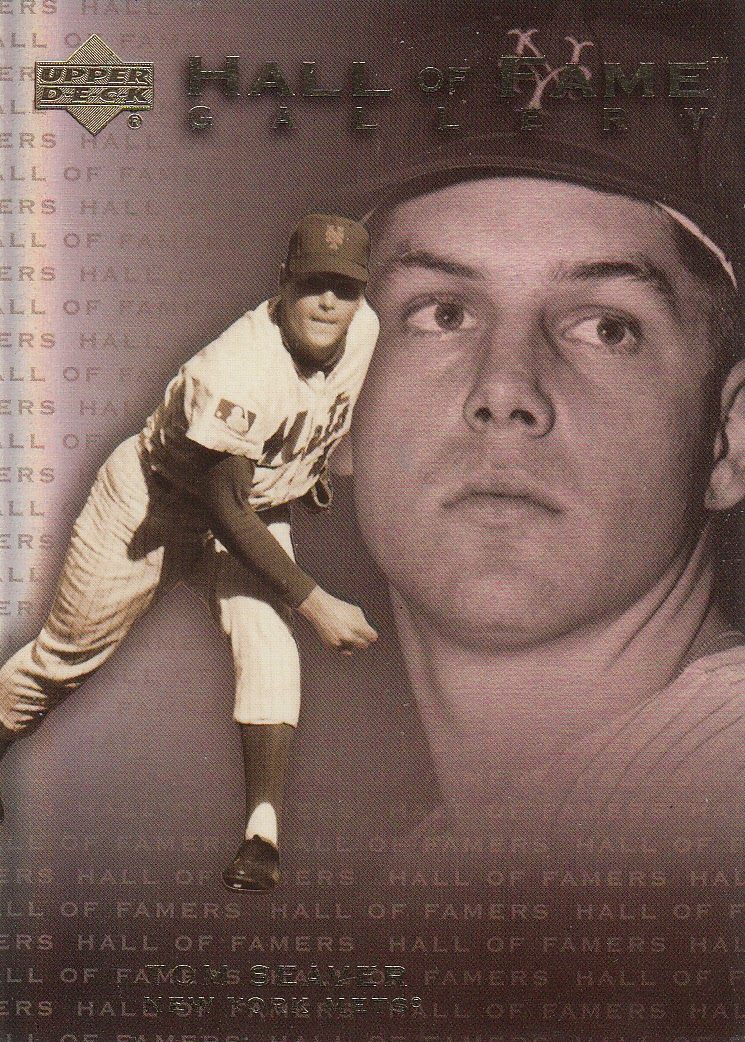 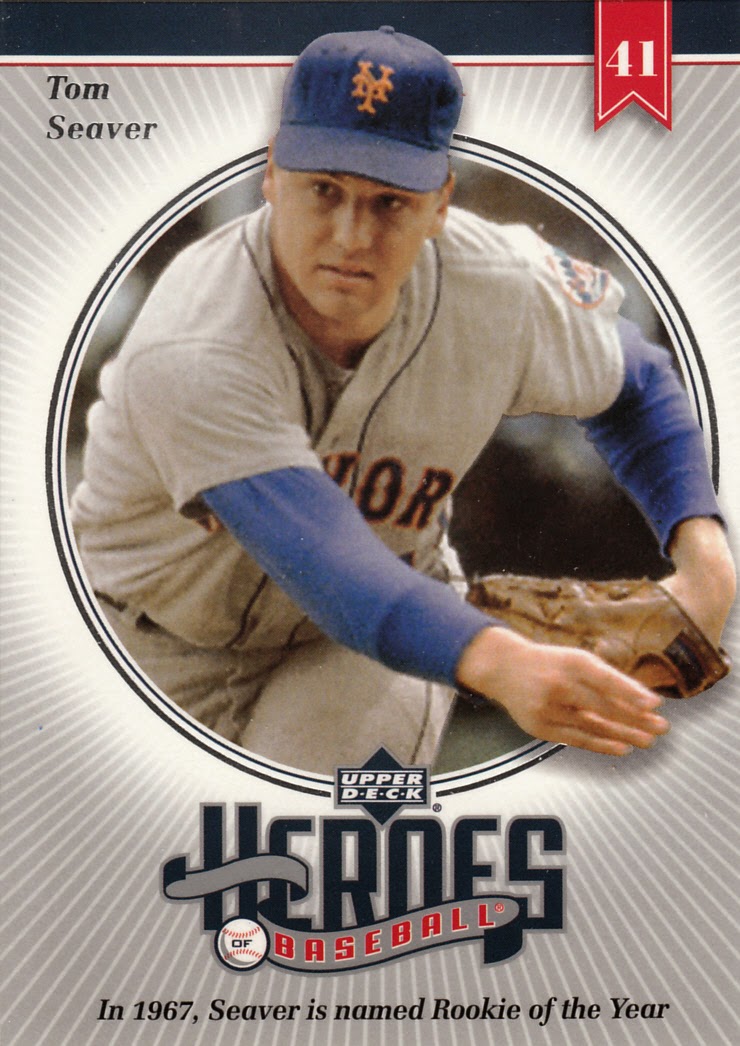 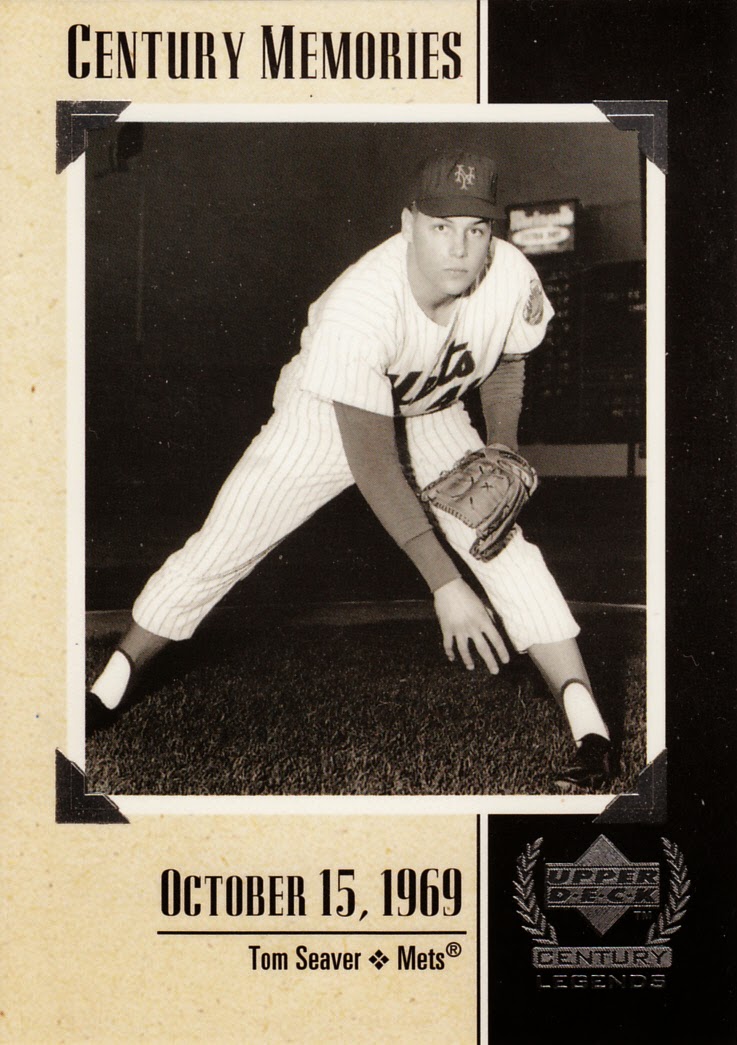 This is the same photo as the horizontal card at the head of the post with the same Rheingold ad over The Franchise's shoulder. 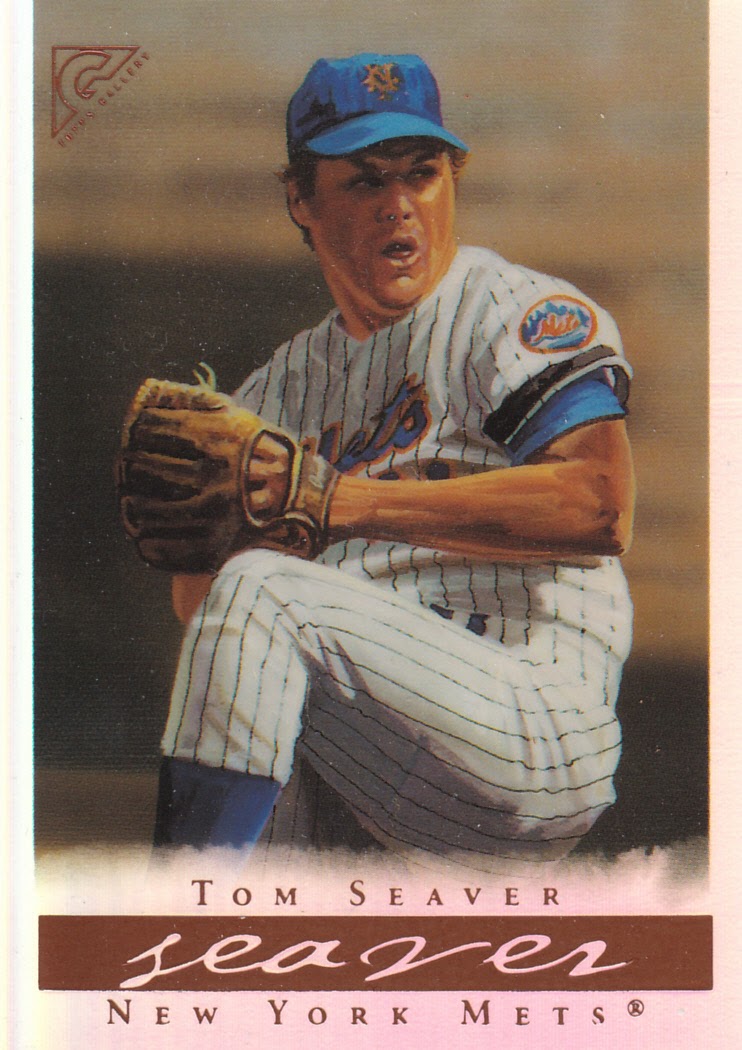 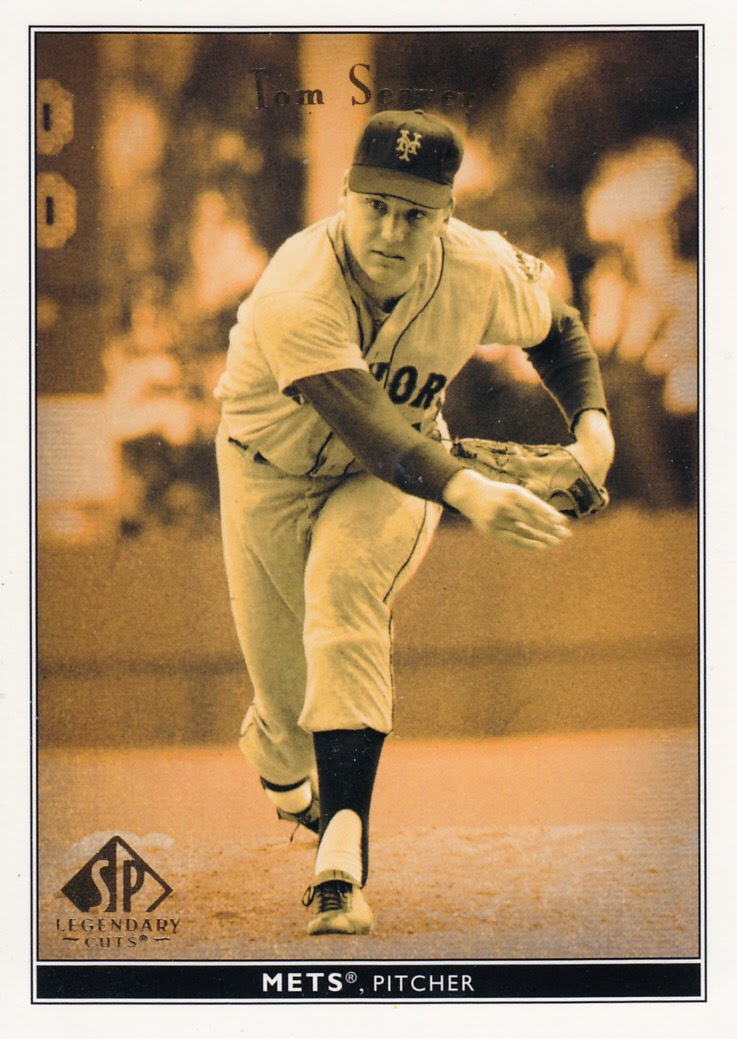 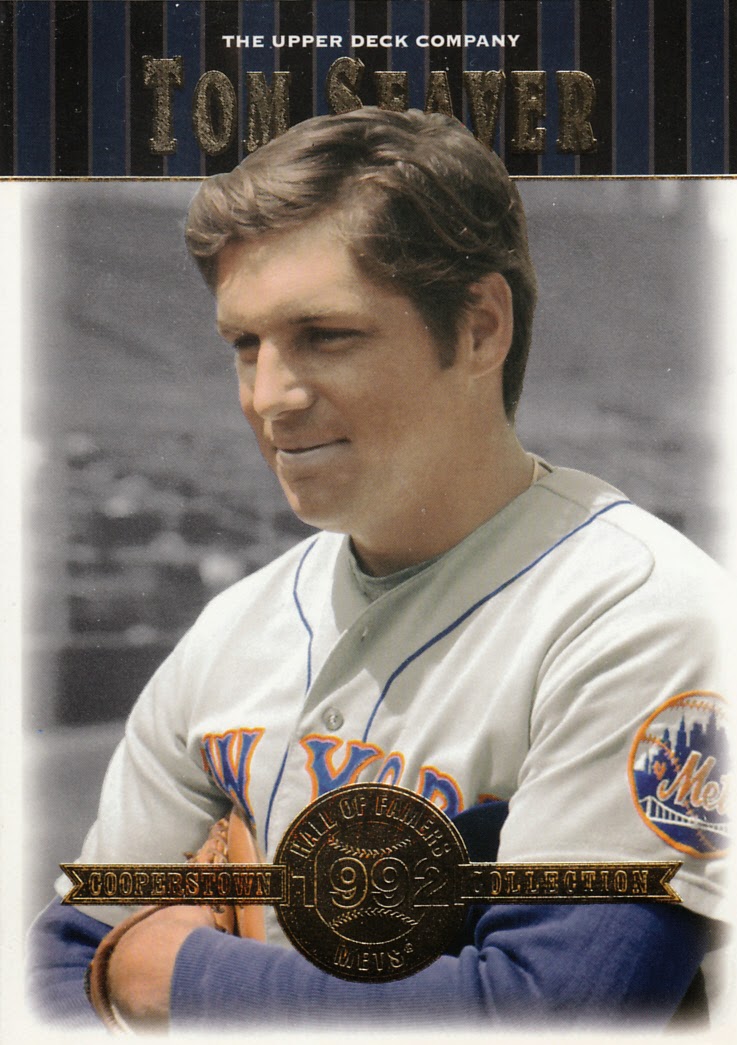 This one was my second favorite among the Seavers.  Nice to see a different photo choice, for goodness sake!  I mean, Tom played for 20 years in the big leagues, yet Topps and UD both felt the need to recycle the same five or six photos.  What're ya gonna do, right?

In addition to the Seavers, some other goodies from Shane's latest delivery... 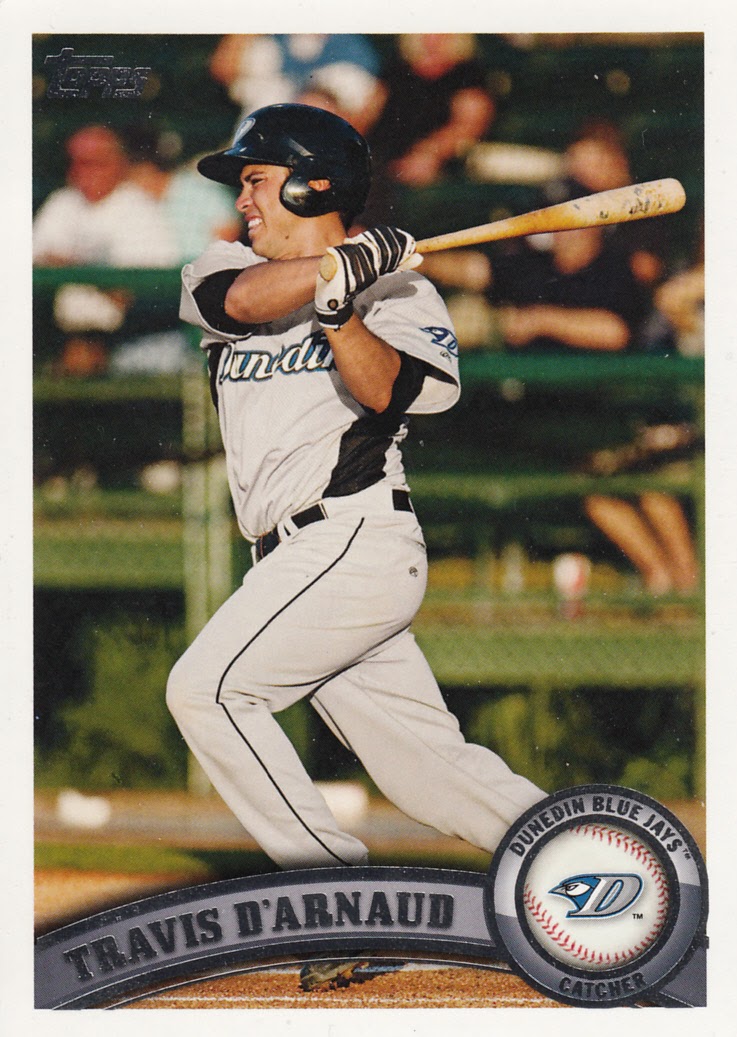 Niiiice!  I've really grown fond of Topps Debut cards.  I didn't much care for the minor league issues initially, but I now see the light.  And, naturally, it's extra cool that it's d'Arnaud, who will be New York's full-time catcher in 2015. 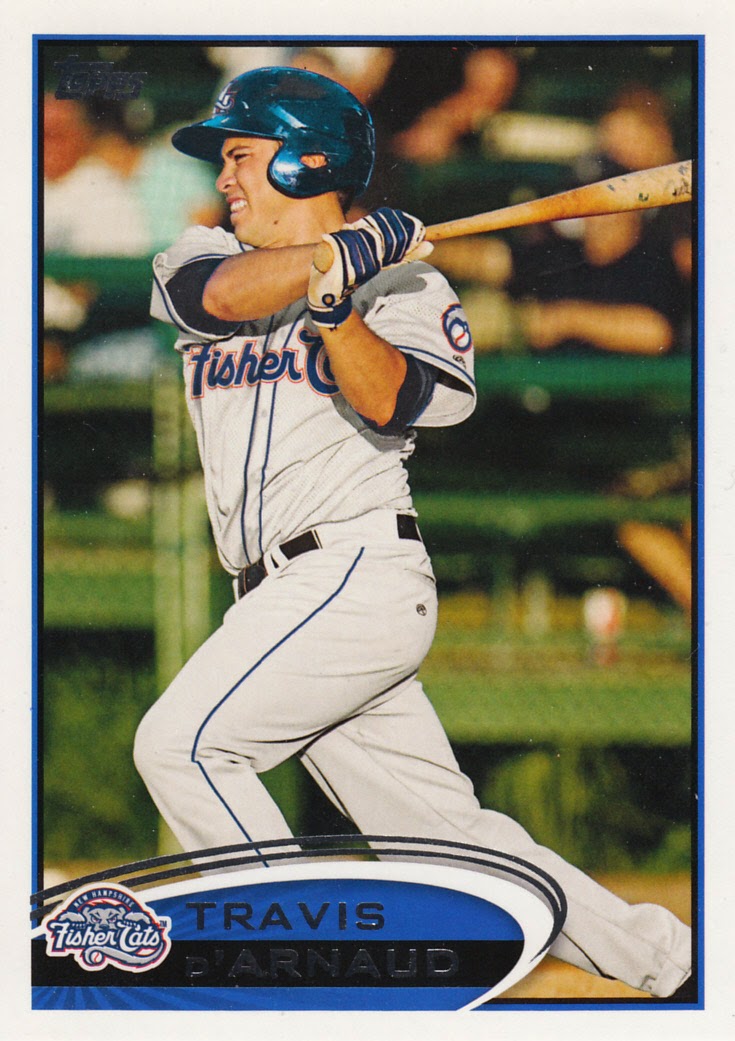 Nope, you're not seeing double.  Topps photoshopped and recycled the same image for TdA in the 2012 Debut set. 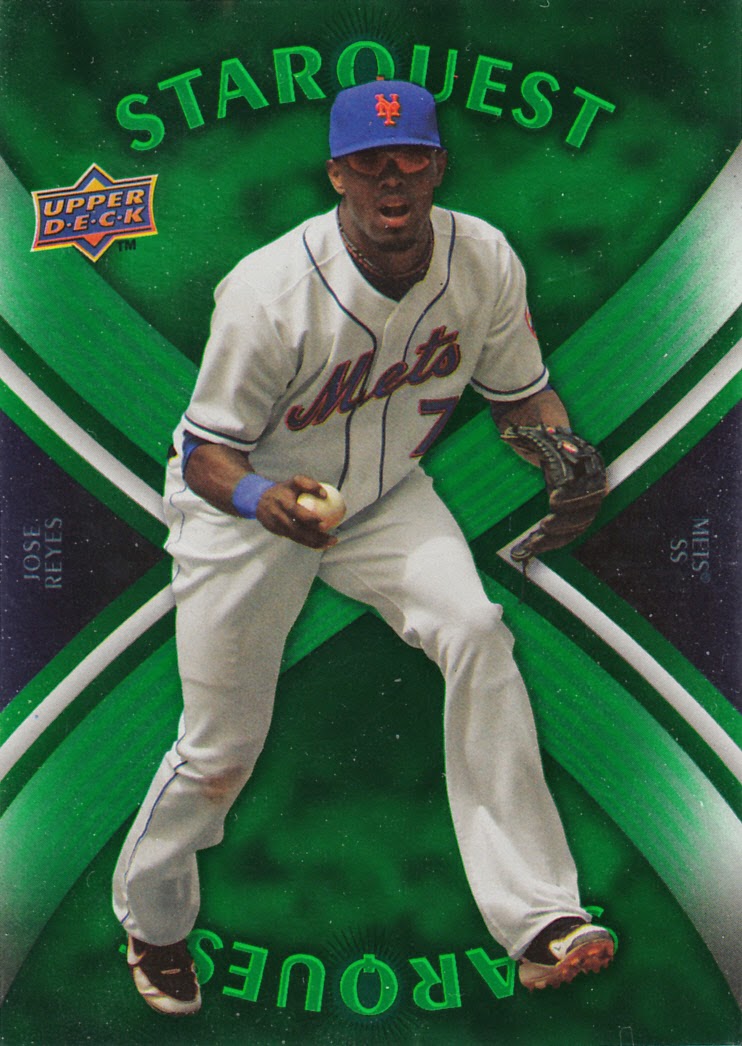 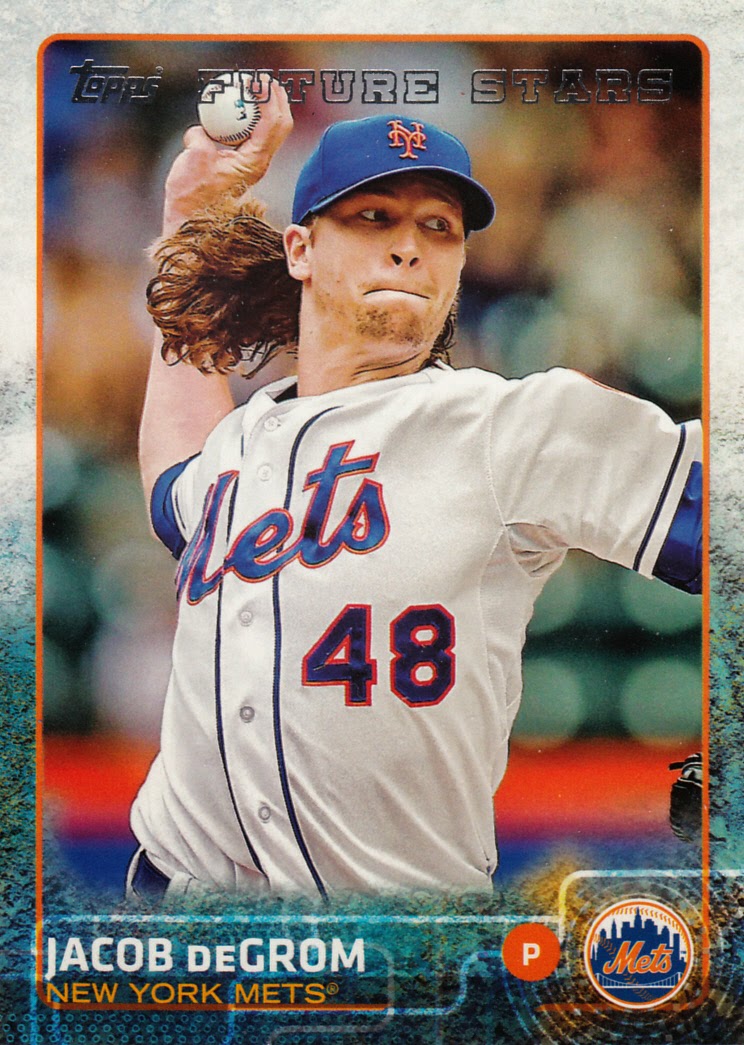 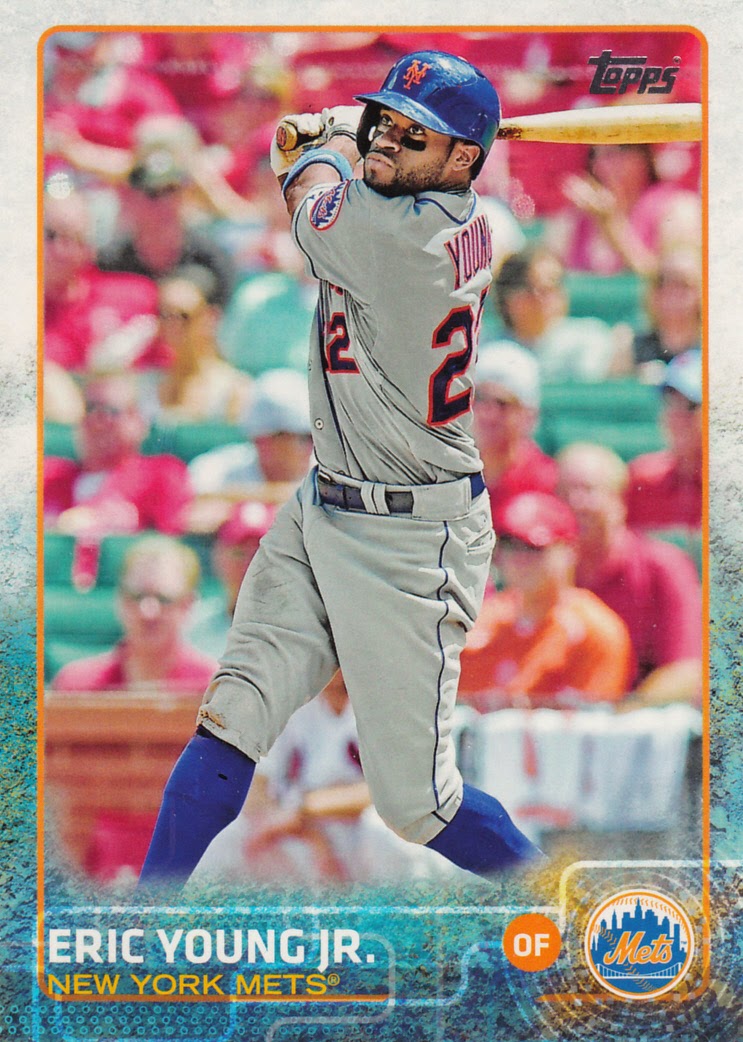 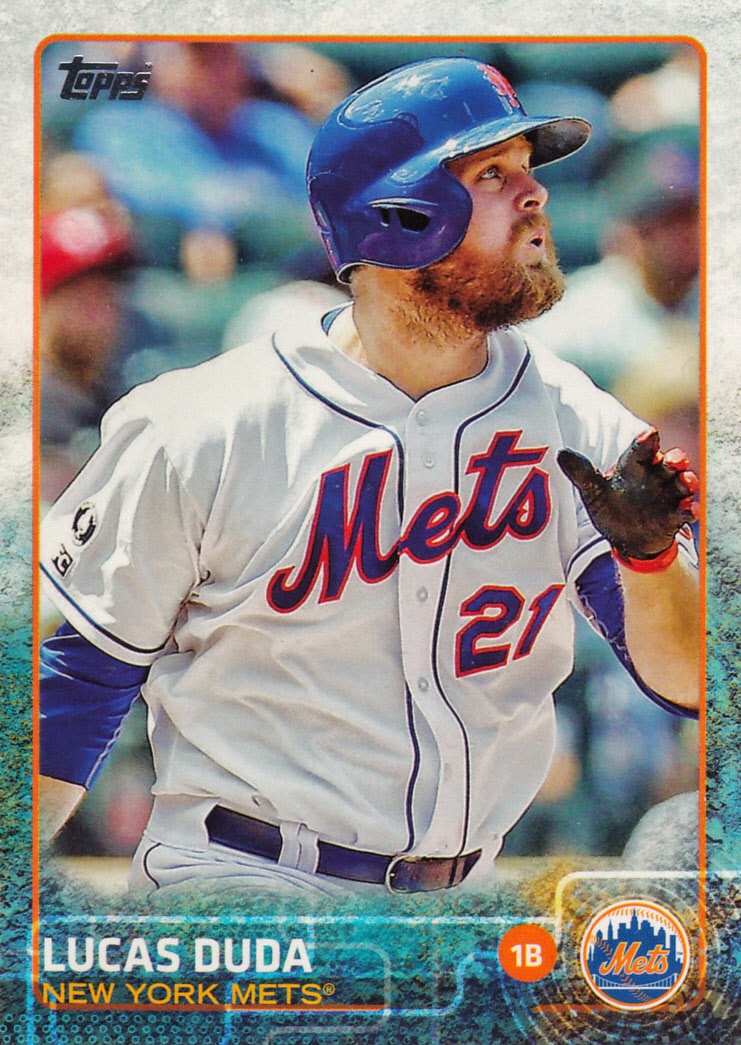 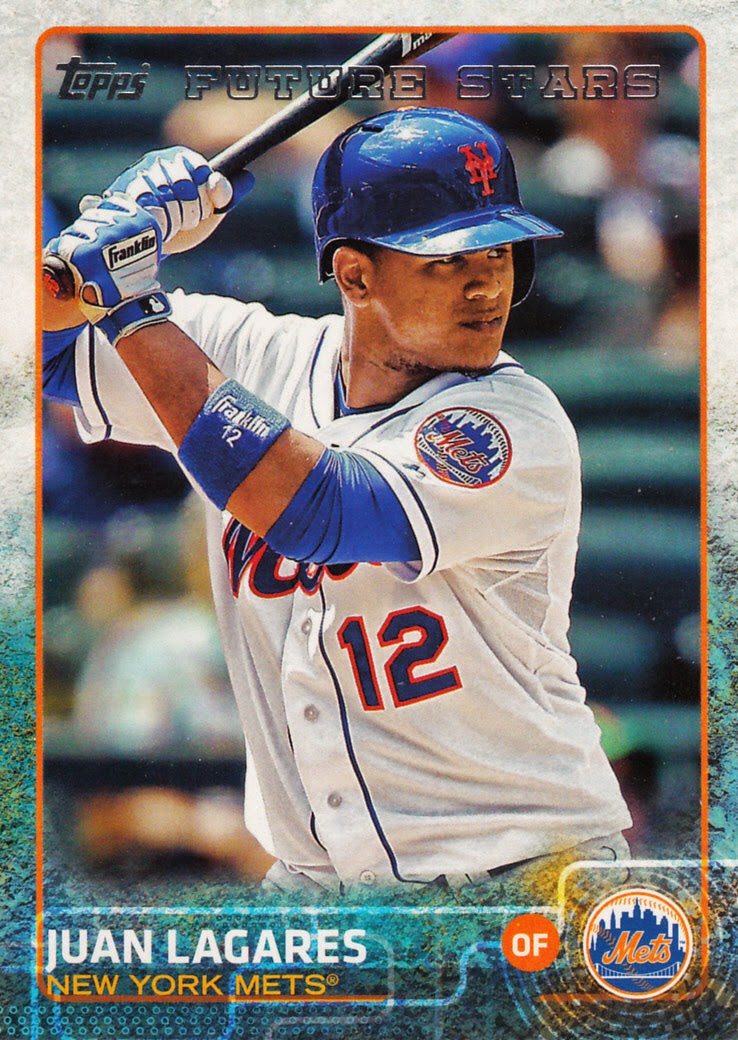 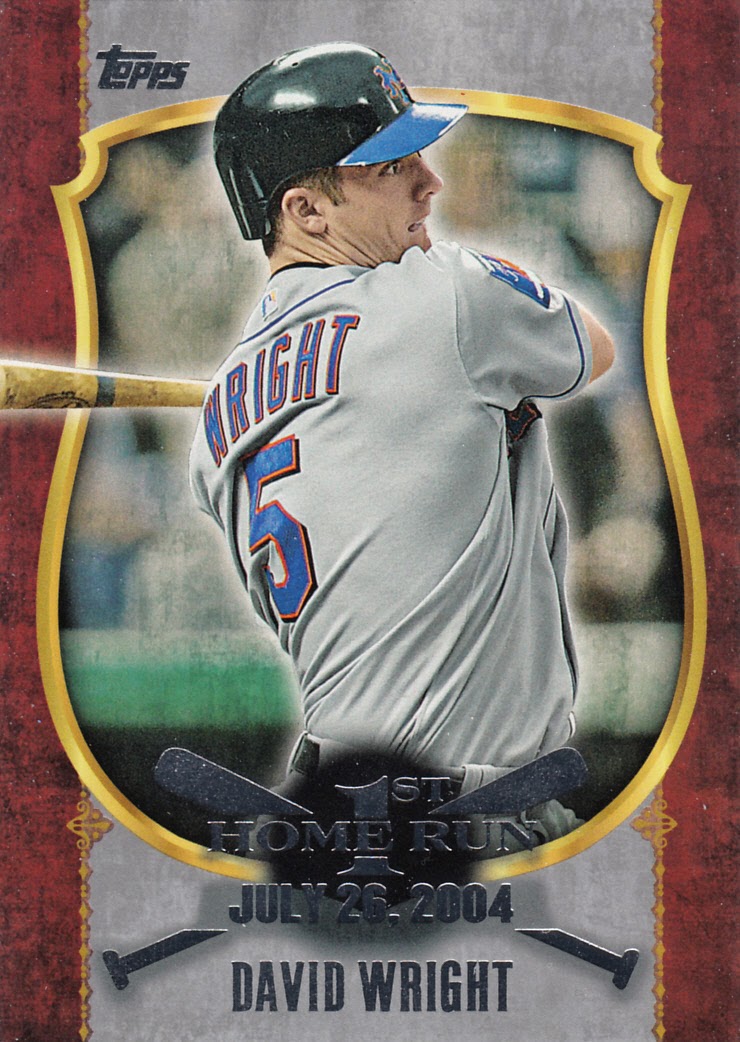 These "1st Home Run" inserts are okay, I think.  For a pretty bland array of inserts that Topps offered up in 2015, I like the idea behind these the best.  It's pretty neat to read about the first long ball delivered by our current-day superstars.  And, better than that, Topps actually chose a photo from the 2004 season, as you can see the edges of the Shea Stadium 40th anniversary patch on David's sleeve.  Well done! 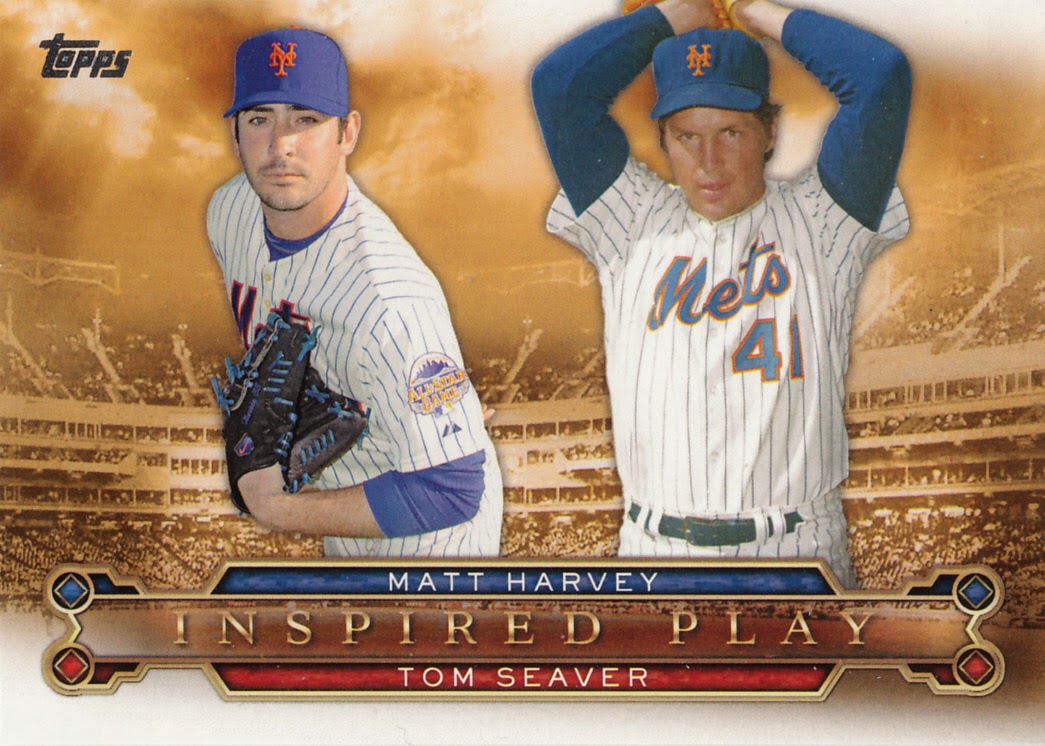 These, on the other hand, are just completely uninspired and unimaginative.  Let's just throw two cropped and overused photos of guys from the same franchise onto a drab background and...Poof, Insert City!  Don't get me wrong, it's a Mets card that has Seaver and Harvey on it, so it's better than most.  But, I mean, did someone get paid to think this up?

And we finish with a non-Mets card, but a good one nonetheless. 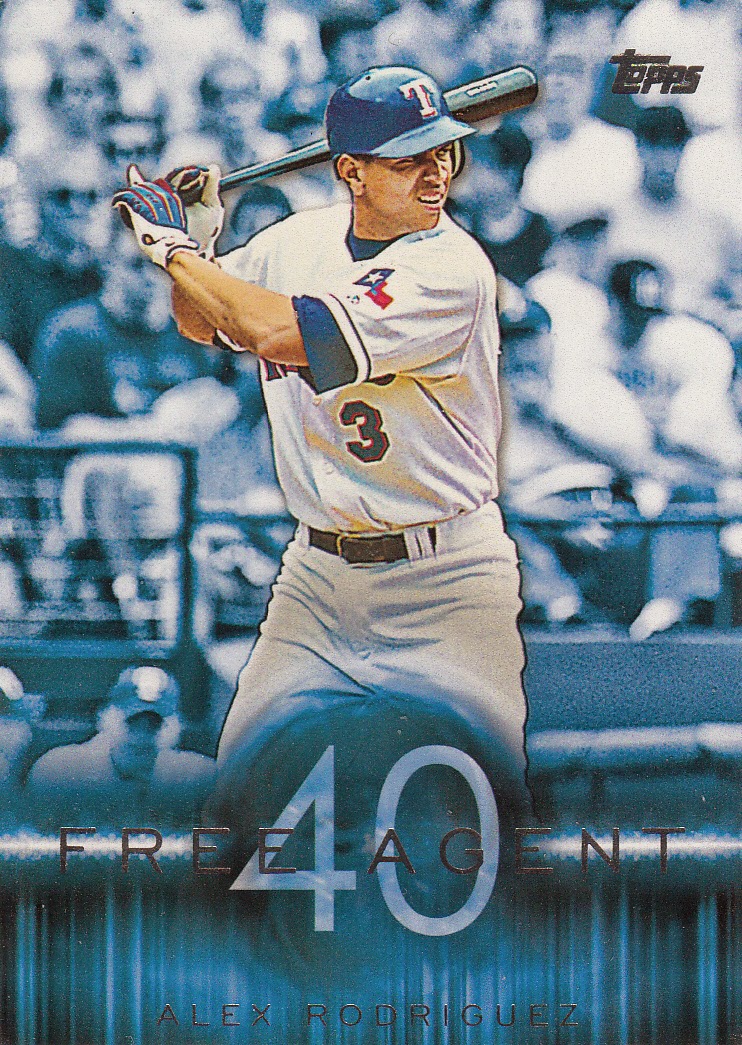 Yup, A-Rod!  I kinda feel like Topps did the free agent theme a couple of years ago in their Update offering, but whatever.  I think these are pretty well done, all things considered.  Not an insert set I will chase, but getting my favorite players from it would be nice.

Shane, thanks for taking a timeout from building your snowman army to send these great cards my way.  As always, I appreciate the thought and care put into each mailing!